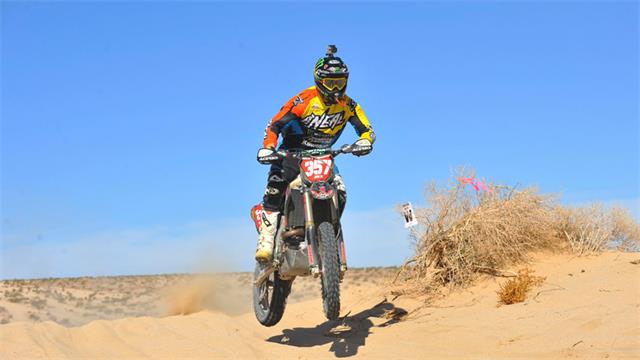 The win was also more than enough to clinch the series title.

“The championship] means a lot. It’s definitely a dream come true,” said Brebec. “I came into it wanting to win because everyone wants to win–you don’t sign up to get second or anything–but fortunately I got a great start and I led the whole, entire way with no mistakes. I don’t think this day could’ve gone any better than it did.”

Purvines Racing Beta’s Nick Burson was the only rider with a legitimate chance at keeping Brabec from winning the title, and in the end, his third-place finish was not nearly enough.