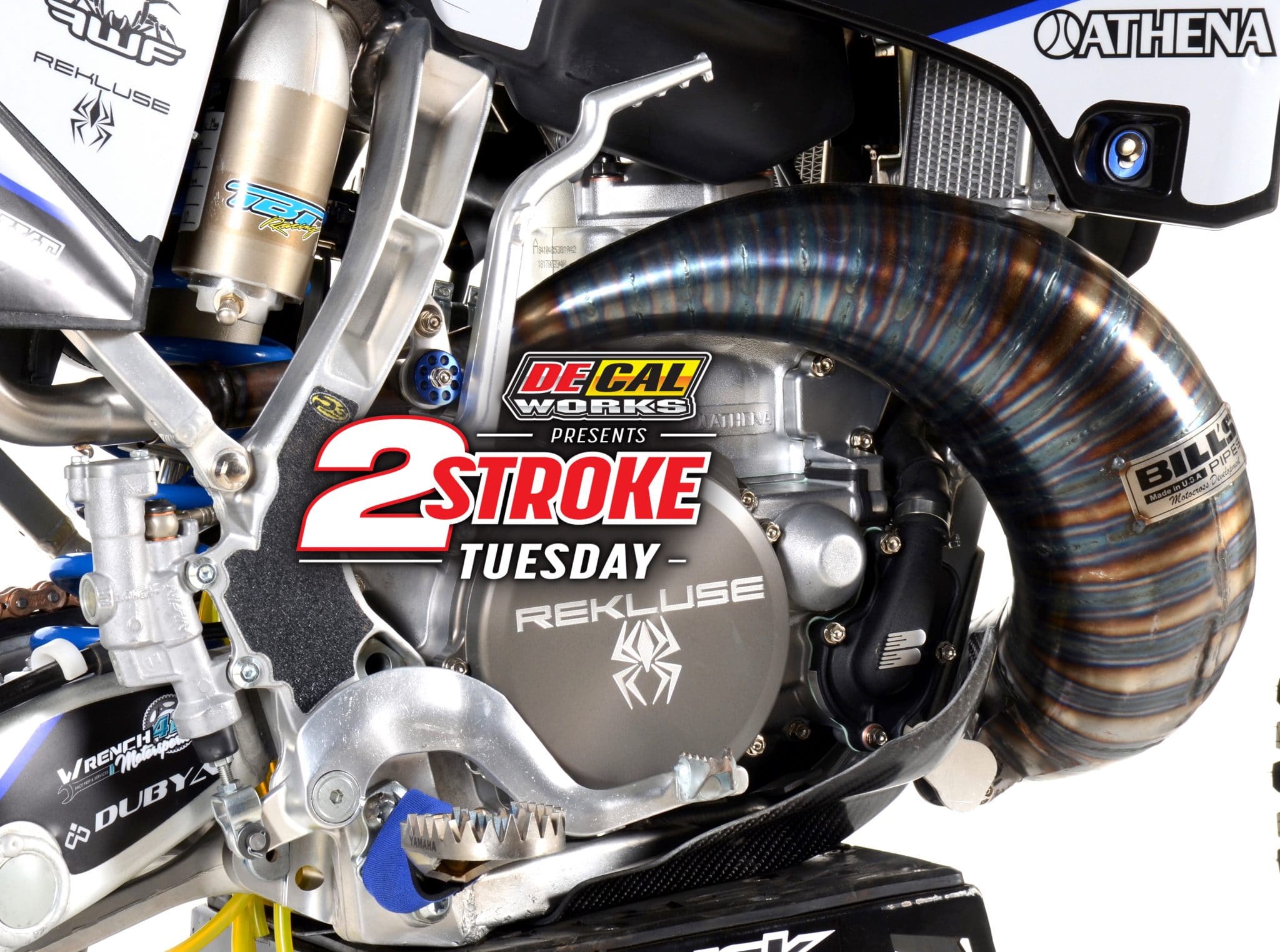 This week’s Two-Stroke Tuesday is all about 300cc project bikes that we have built recently and trust us there is something here for everyone. We start it all off with a Yamaha YZ300 then move to an KTM300 XC before showing you Cody Webb’s 2021 factory Sherco 300 and then top it all off with a custom KTM380 FE build that will blow your mind! Our 2-Stroke Behind The Build is all about our YZ300 build with Fasthouse and Twisted Development fro Trevor Stewart. Don’t miss that exclusive link at the bottom of this post!

The last of a dying bread. KTM’s 2019 KTM300 XC was the last off-road bike to come off the assembly line fitted with a carburetor . We love this motorcycle to this day. It had some issues but we love it anyways. On this project we worked with companies like Vertex, FMF, IMS Products, TM Designworks, Dunlop, ODI Handlebars and much more.

In the Sherco model line, the Factory version of the 300cc two-stroke is the upscale model. For 2021, the U.S. importer didn’t bring in the standard model (called the “Racing” edition), so Cody’s bike has fewer modifications than you might expect. The most significant one is the use of KYB A-kit suspension, which is set up by The Ride Shop in Arizona. The frame and bodywork are all standard issue, and Cody doesn’t use a steering damper.

You gotta love a motorcycle that makes people look. Bob Casper’s KTM 380SX Factory Edition is like that. What’s even better, it makes people listen too. This is a dirt bike that confuses onlookers on so many levels. On initial contact it prompts about three questions in the first millisecond: Was that Ryan Dungey? Was that a Factory Edition? Hey, was that a two-stroke? No, yes, yes. The object is Bob Casper’s KTM 380SX, a custom merging of a highly desirable modern bike and a somewhat forgotten cult bike.

We always get caught up in the parts that go into making the build happen, but in this case, Kenny Alexander from Fasthouse and Manual Gasper of Gasper Racing were big factors. Fasthouse is a local SoCal apparel company that is all about having a good time with friends and family. They provide huge support to their athletes in many different ways, depending on what each individual needs. Between Fasthouse and Gasper Racing, they have a small fleet of Yamaha YZ250 machines that can be called into action at any time, and it doesn’t stop there. In the past, they have bought brand-new four-strokes for our test riders, the Wageman brothers, to race the West Coast Supercross. Not many companies give back to the sport to support the stoke like these guys do, and we can’t thank them enough.