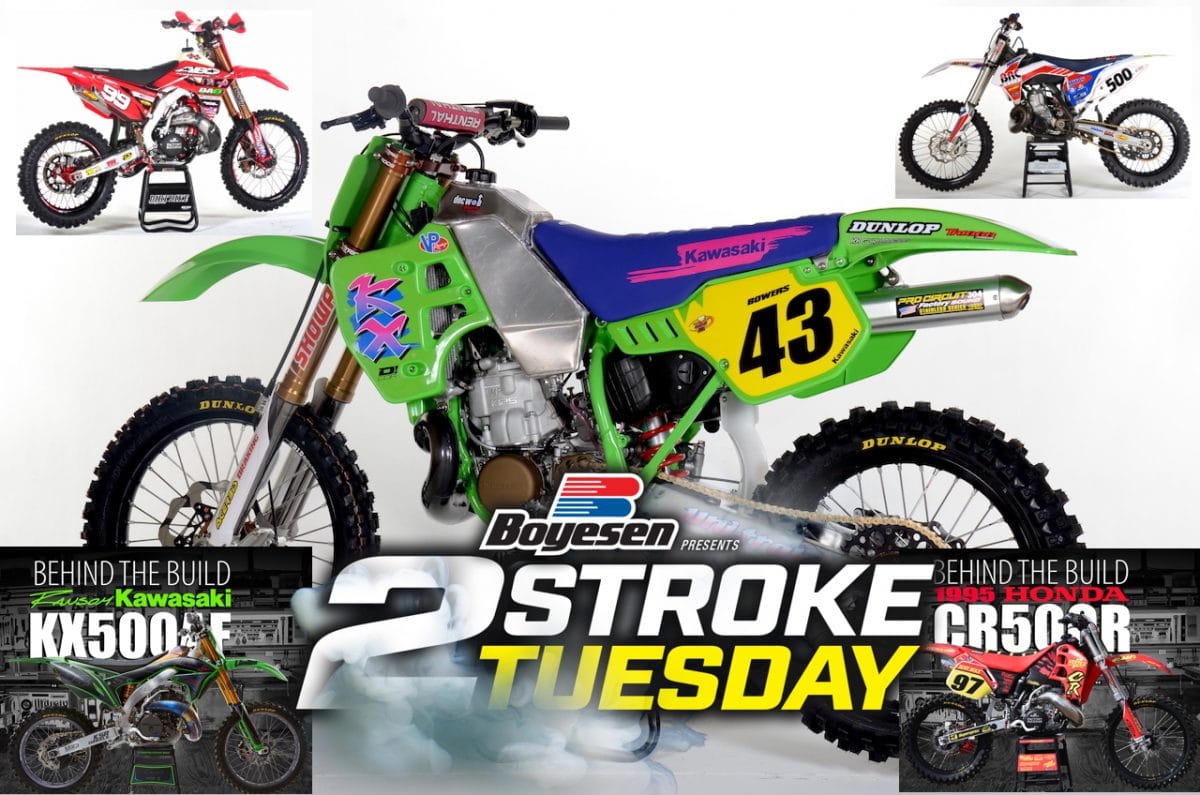 We have gone 500cc crazy on this week’s Two-Stroke Tuesday ! We are giving you an exclusive look at six insane 500cc two-stroke builds that we have done recently in two different types of features on our website. Our “Behind The Build” feature spills the beans, giving you all the information that appeared in the printed magazine and more while our “Two-Stroke Tuesday” feature is more of a quick glance at key points of the build. Take a look at all six builds and if you want to know more just click on the image. 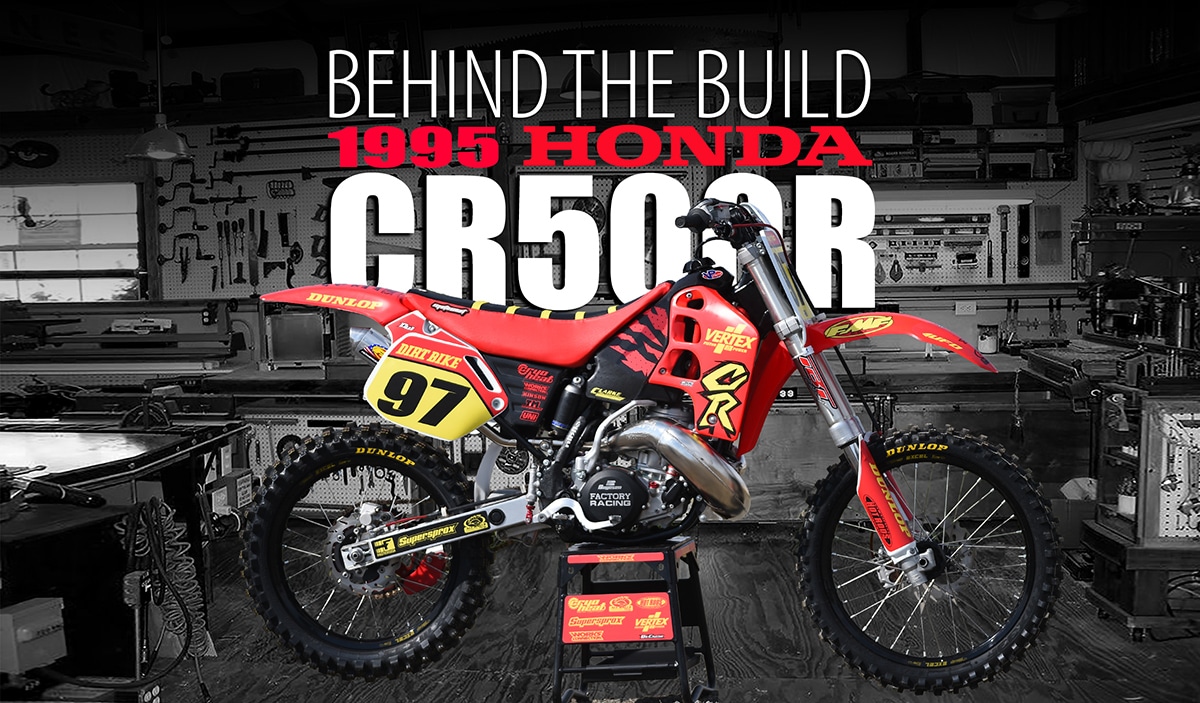 After our buddy Austin Perkins found a fairly complete but well-used 1995 CR500R buried in the back of a Southern California garage, we decided to give the masses what they have been asking for—the return of Honda’s mighty CR500R! CLICK HERE OR THE IMAGE ABOVE FOR MORE 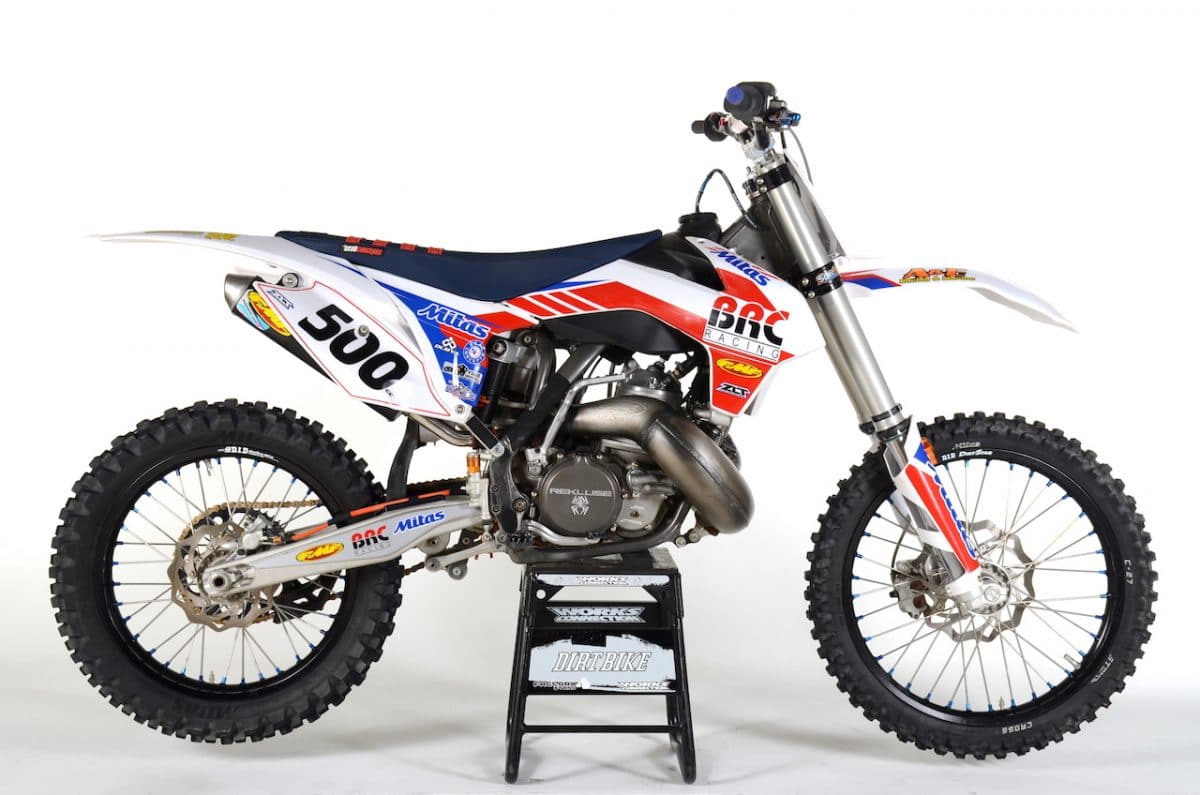 The BRC 500 is the world’s first fully modern (’07-’17) open class two stroke engine kit developed as a drop-in conversion (retrofit) for modern KTM/Husky two stroke off-road motorcycles. As a drop-in kit, the BRC 500 allows customers to build a true “custom” motorcycle. CLICK HERE OR THE IMAGE ABOVE FOR MORE! 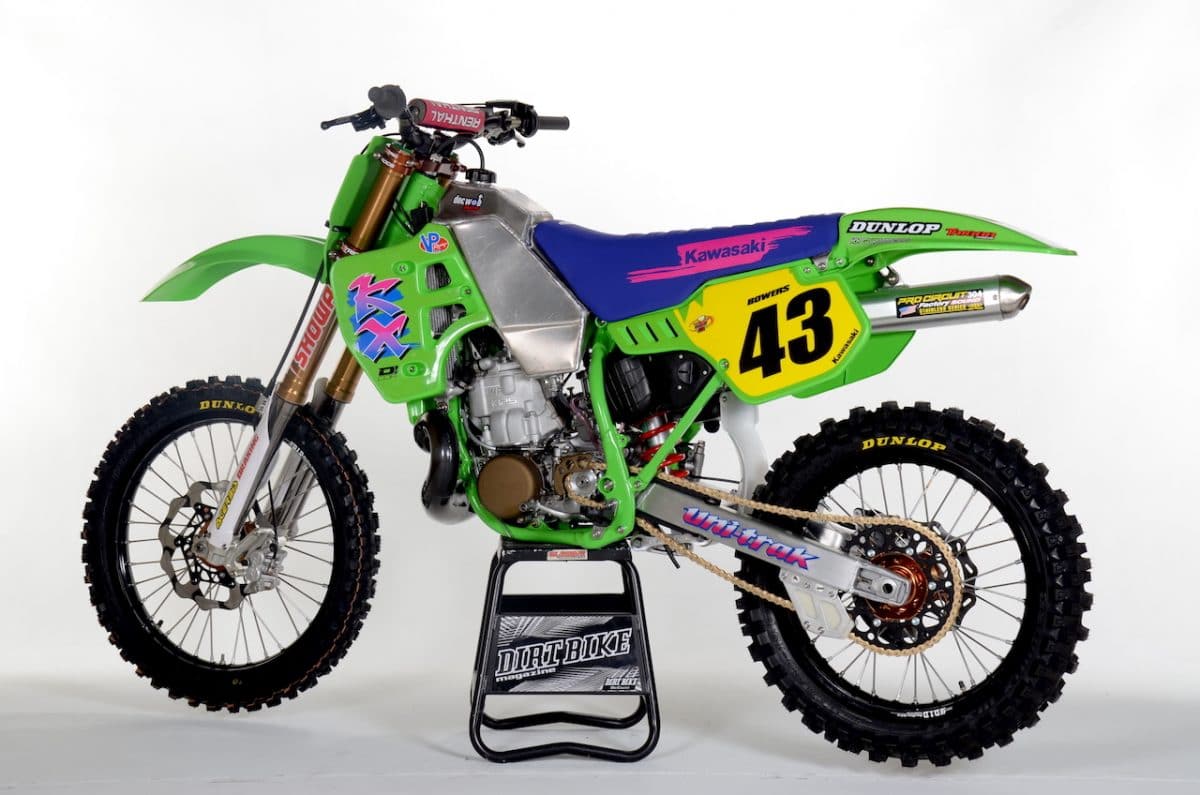 Classic lines with modern technology hidden underneath. “The Unit” is one deadly machine! Modern day brakes, aftermarket KX Guru linkage arm, custom side cases, tons of Superlite titanium hardware, and a Pro Circuit Works style pipe. This build is the definition of a sleeper project. CLICK HERE OR THE IMAGE ABOVE FOR MORE! 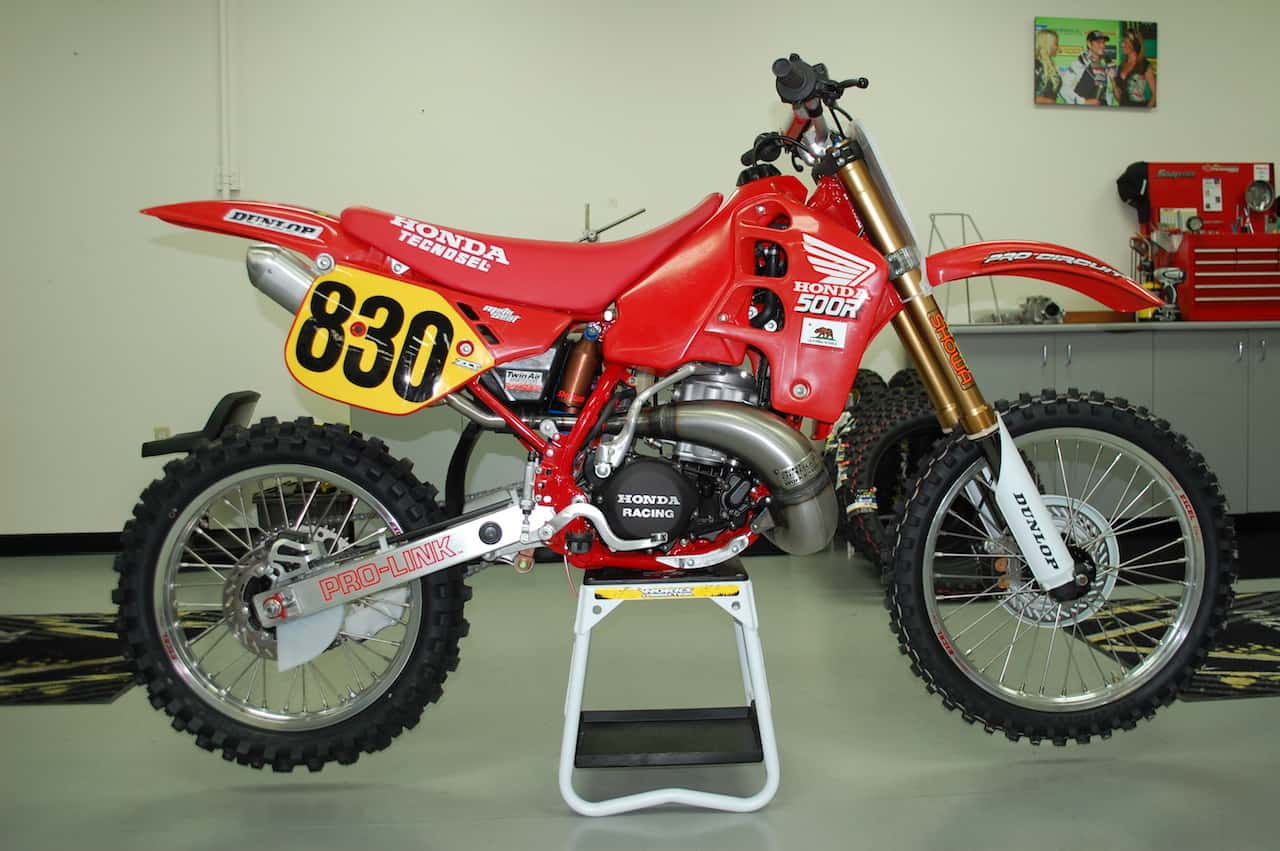 Lee McCollum’s is known mostly for his work on Suzuki factory machines, but he has a passion for two wheels and his 1989 CR500 is amazing to look at in person. CLICK HERE OR THE IMAGE ABOVE FOR MORE! 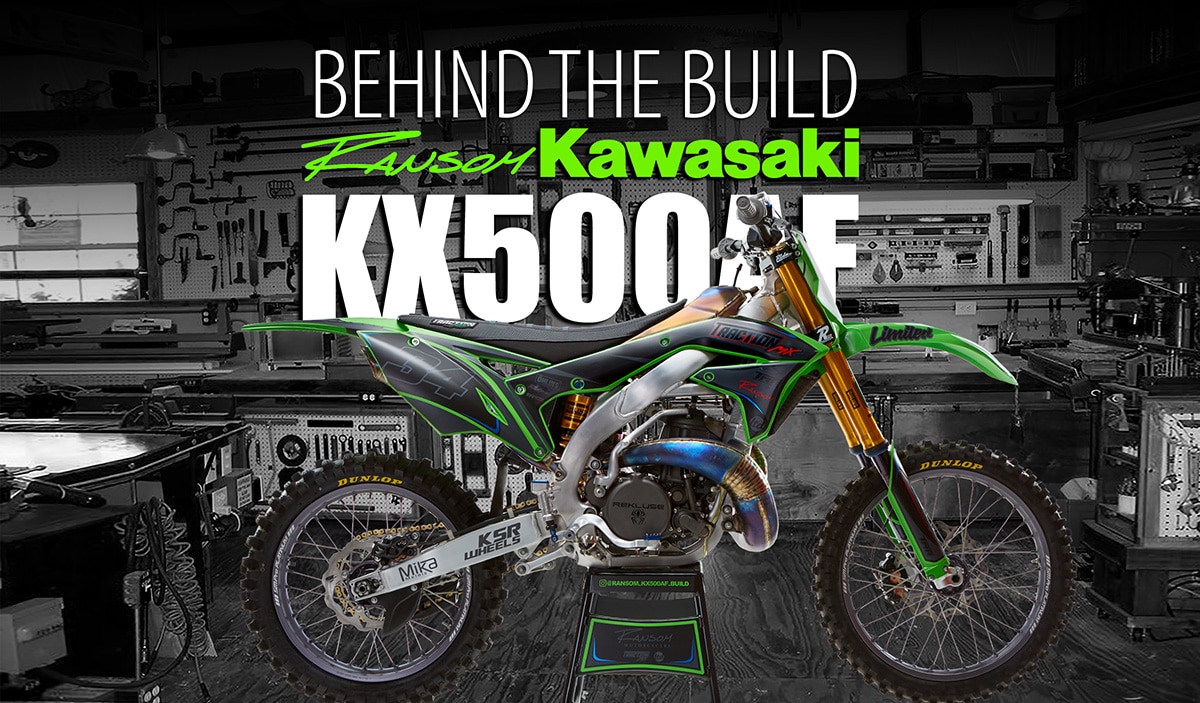 Wayne Ransom is a famous bike builder in the street bike world, and this KX500AF is his first off-road project. After being a part of this build, we’ve come to realize art comes in all shapes and sizes to be consumed by each individual in their own personal way. We, however, prefer to ride our art. CLICK HERE OR THE IMAGE ABOVE FOR MORE! 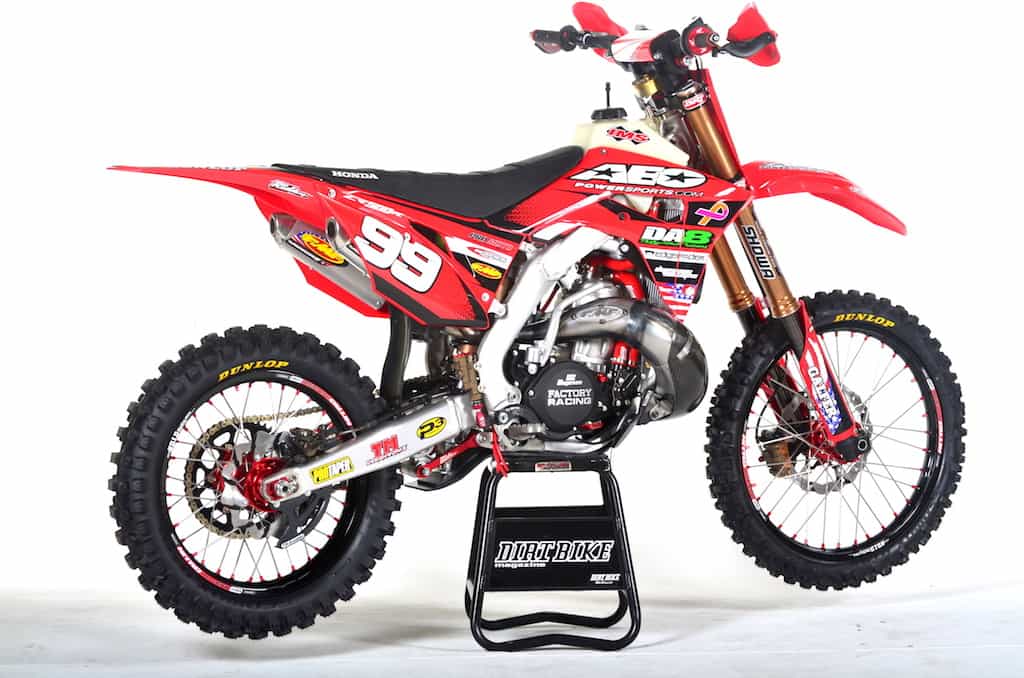 Why build a CR500AF using a new generation Honda aluminum frame? The crew at AEO Powersports in Arizona had a customer that wanted one, thats why. They had a lot of help along the way with most of the fabrication being done by Mike at Edgefinder and assembled by Derrick Ball. CLICK HERE OR THE IMAGE ABOVE FOR MORE!