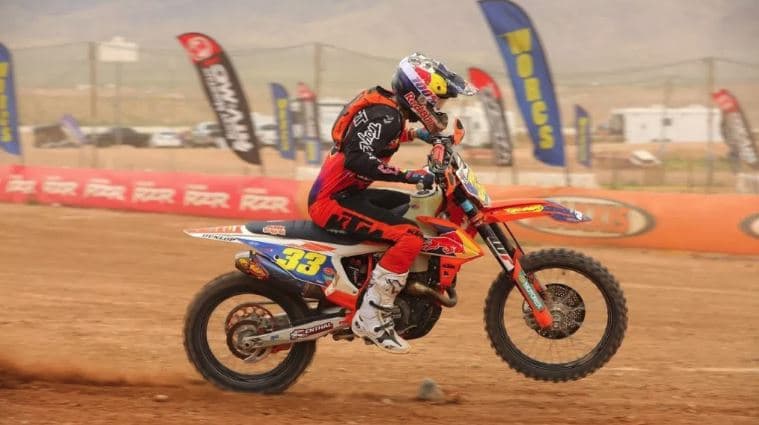 FMF KTM Factory Racing’s Taylor Robert extended his win streak in the World Off-Road Championship Series (WORCS) to six-in-a-row with another big victory at Round 6 in Mesquite, Nevada.

Robert didn’t get off to the best start but he quickly worked his way into second on the opening lap. He trailed Zach Bell early on before making his move into the lead by the end of lap two. From there, Robert continued to extend his gap over the rest of the field and after 12 laps of racing, he was able to claim victory by over two-and-a-half minutes.

Robert: “The track was super rough and really physically demanding. Everybody after the race was just saying how exhausted they were – including myself – but it felt good to set myself ahead of everyone else on a track like that. All-in-all, it was a really good weekend. I’m looking forward to a little bit of a summer break for the WORCS Series now, so I’m going to take some time to relax the mind and body and come back swinging at the end of the summer.”