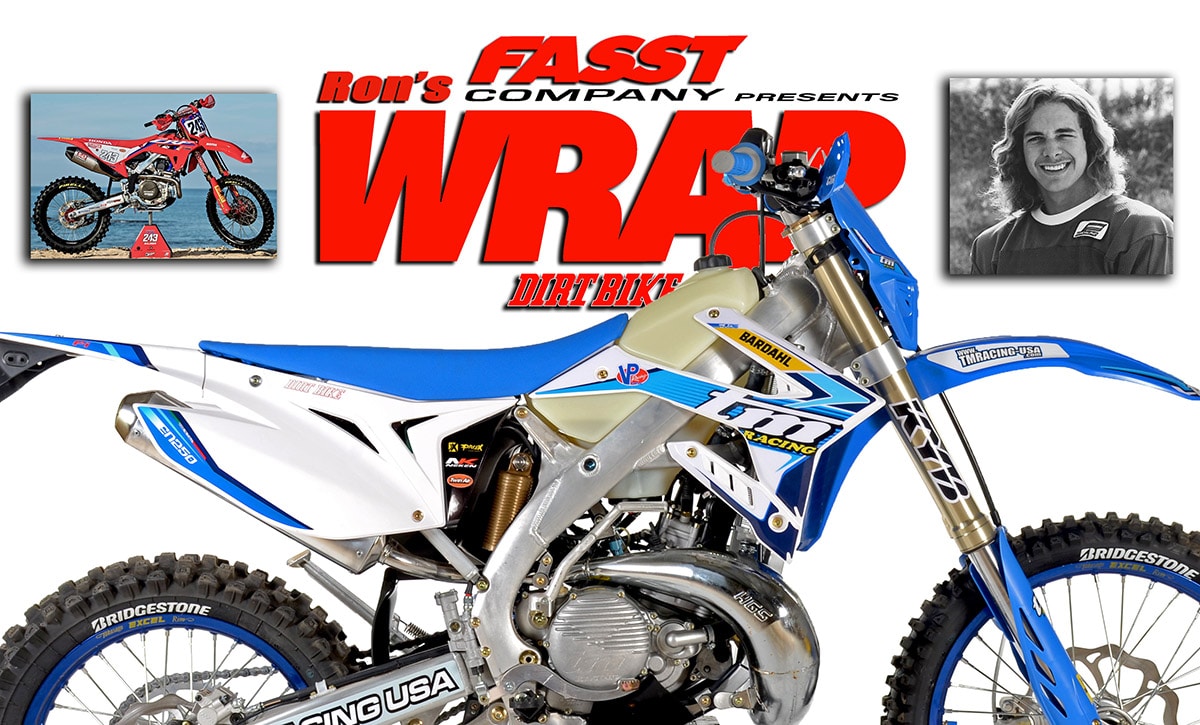 TM continues to be a tiny Italian thorn in the paw of the giant KTM / Husqvarna / GasGas conglomerate. This week we got to ride the EN 250Fi 2T, which is digi-speak for the fuel-injected 250 two-stroke off-road model. TM is using transfer port injection similar to the KTM / Husqvarna system. TM also has a counterbalancer and electric start like the KTM and Husqvarna two-strokes. Unlike those bikes, though, it has an electronic power valve and gear-by-gear engine mapping, making it the most sophisticated two-stroke you can buy. It also has an aluminum frame, a KYB fork and a TM-made rear shock–all items you won’t see on any KTM.

TMs are manufactured in such small quantity that they are virtually hand-made. We have a long history with the company and its various U.S. importers, but recently it seems like TM has become more relevant in the U.S.  The importer is located in Banning, California, and has been concentrating mostly on two-strokes. Long ago, the price was a big hurdle for the tiny company, but now,  other motorcycles have come up into TM territory, price wise. The EN 250 Fi 2T has a suggested retail of $9795. That’s still expensive, but a Husqvarna TE250i is $9899. 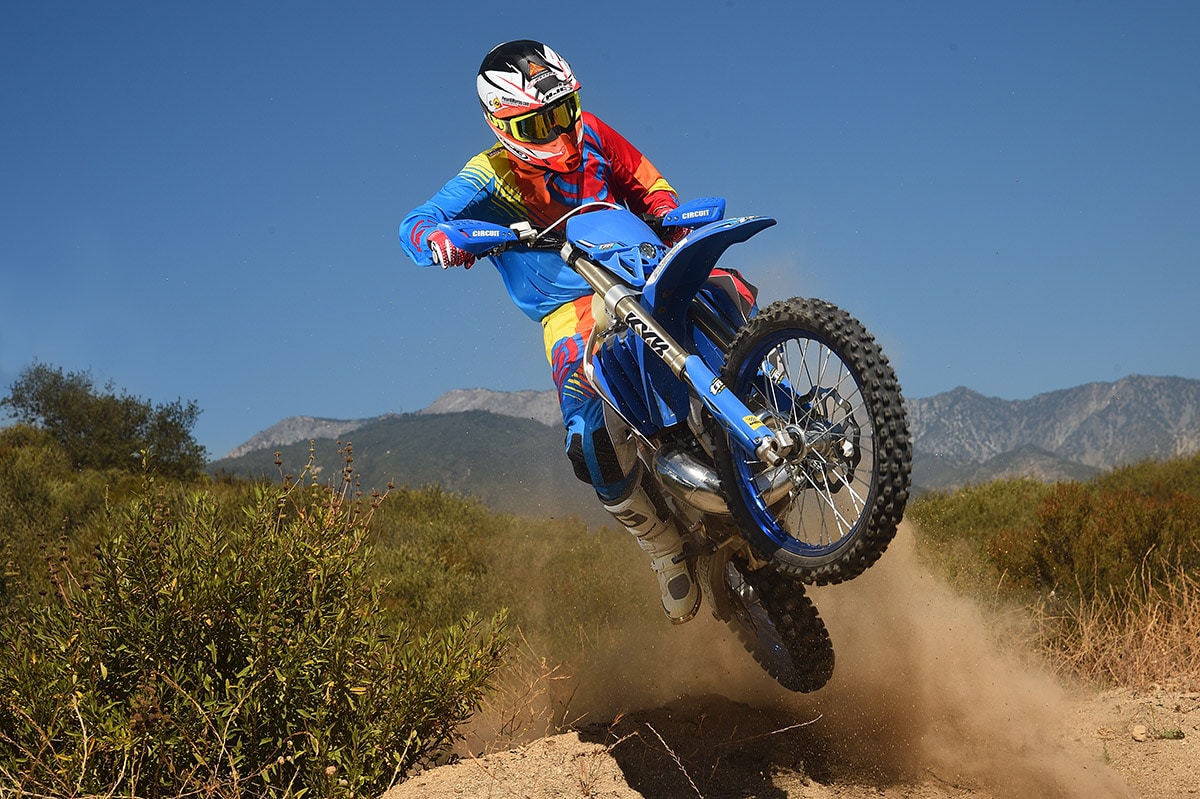 Here are some of the things I like about the TM: 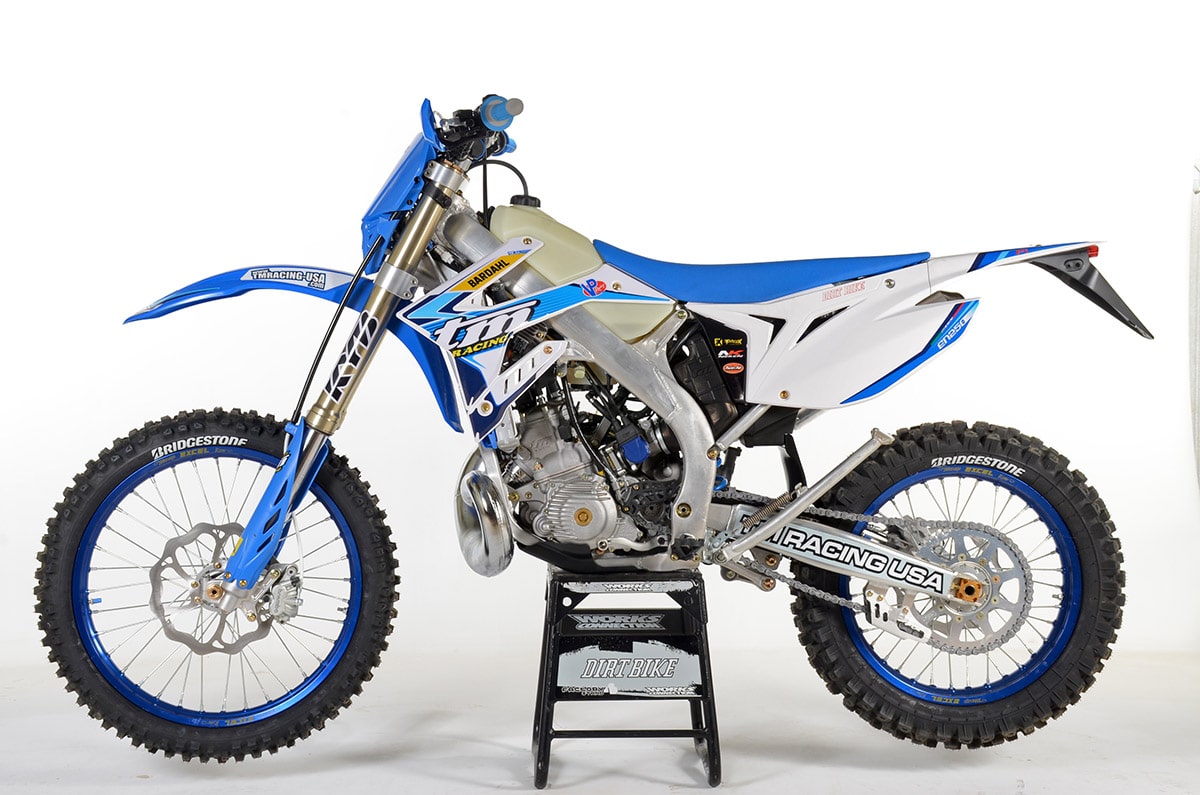 Here are some things I’m not so happy with:

For the full test, you’ll have to wait for the October print edition of Dirt Bike.

Almost all of the 2021 bikes have been shown, or at least teased. It will be an interesting year. Here are some of the things that are worthy of note so far:

The only completely new bike so far is the 2021 Kawasaki KX250. It got electric start and a hydraulic clutch, as well as the chassis that was introduced on the 2019 KX450. Both the KX250 and the KX450 will be available in off-road trim as XC models.

Kawasaki introduced a new clutch for all four of its big KX four-strokes. It uses a cupped disk spring instead of five or six coil springs. This is very similar to the KTM / Husqvarna DDS clutch. You can read about the new Kawasakis here.

KTM and Husqvarna didn’t make many big mechanical changes for 2021, but did introduce a smartphone app similar to the Yamaha Power Tuner. In the case of KTM and Husky, you will have to buy the transmitter to make it work. The Yamaha’s is already installed from the factory. You can read about the KTM smartphone app here. 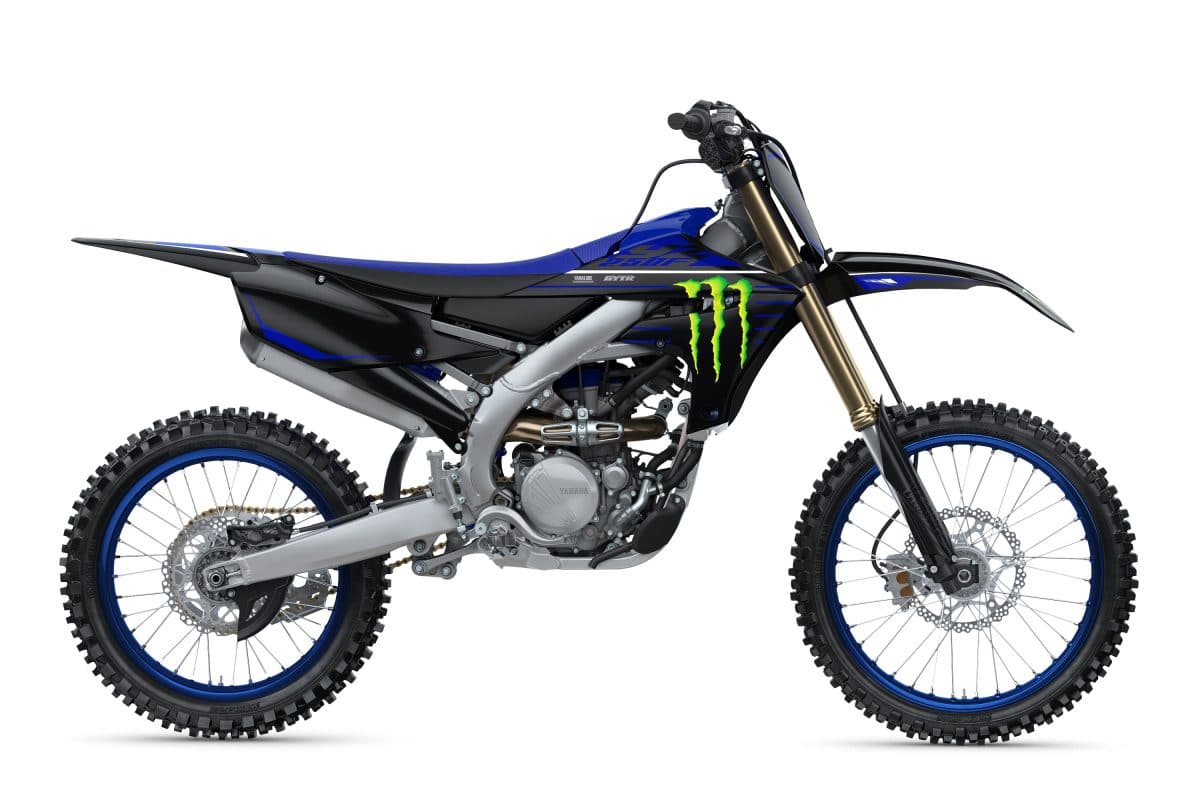 Yamaha now has a Racing Edition of its own. The 2021 YZ250 got a new head, cams and intake system, too. The Monster Energy Racing Editions will feature graphics similar to those of the Star Yamaha Racing team. Unlike KTM, Honda and Husqvarna racing editions, there are no mechanical changes for the special models. The price will be around $200 more. You can read about the new Yamahas here.

Honda will announce its 2021 CRF450R and CRF450RX on July 14. The CRF250R, CRF250RX and all the trail-oriented F models have already been revealed without change. For the 450, we expect something similar to what Tim Gajser has been riding in Europe. That bike has a new fame, a center-port head, a one-sided pipe and new body work. It also has a hydraulic clutch, but we won’t hold our breath on that feature. 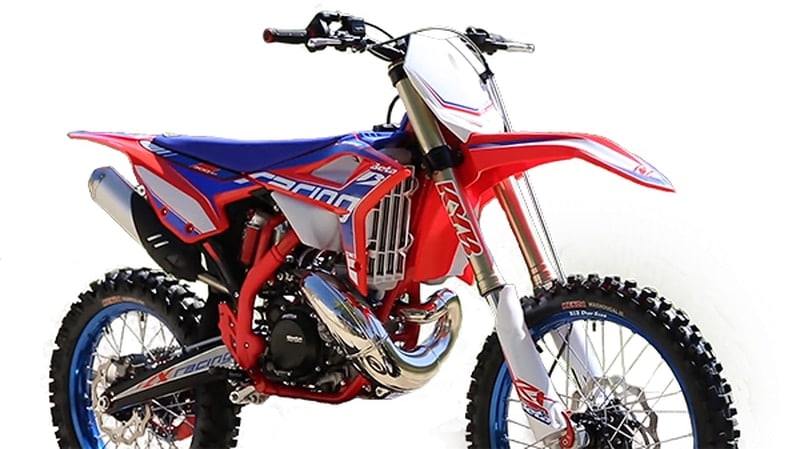 Beta has gone moto! The 2021 Beta 300RX was just announced and marks the first motocross bike from the Italian maker. You can read about the Beta 300RX here.

We are still waiting for more information  from Suzuki, GasGas, SWM, Reiju and others. Stay tuned! 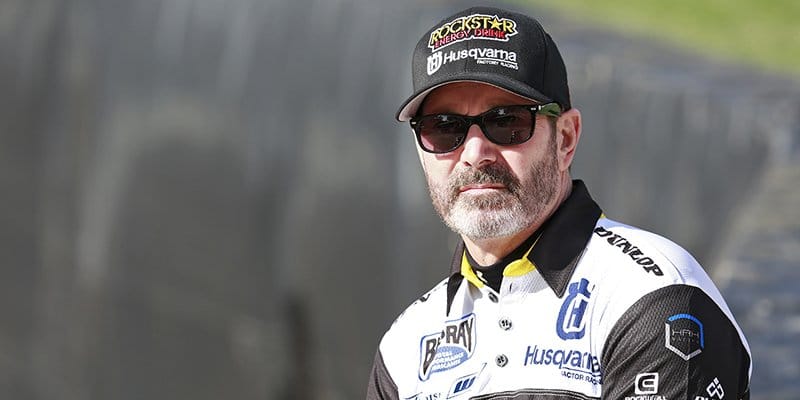 Bobby Hewitt has left the Rockstar Husqvarna team. Hewitt had been the team owner until Husqvarna brought the effort in-house a few years ago. At that point, he continued to serve as team manager. In earlier manifestations of Hewitt’s HRH team, he supported riders on Kawasaki and Suzuki, including Davi Milsaps. Here’s what the official press release said:

After more than five years of working together, it was announced today that Husqvarna Motorsports, Inc. and HRH Racing, Inc. have mutually agreed to conclude their business relationship for the remainder of the 2020 race season and beyond.
As a result of this new agreement, HRH Racing, Inc. owner, Bobby Hewitt, will no longer serve as Team Manager of the Rockstar Energy Husqvarna Factory Racing Team. Husqvarna Motorsports, Inc. would like to thank Bobby Hewitt for his commitment to the race team over the past five years and wish him the best in his future endeavors. 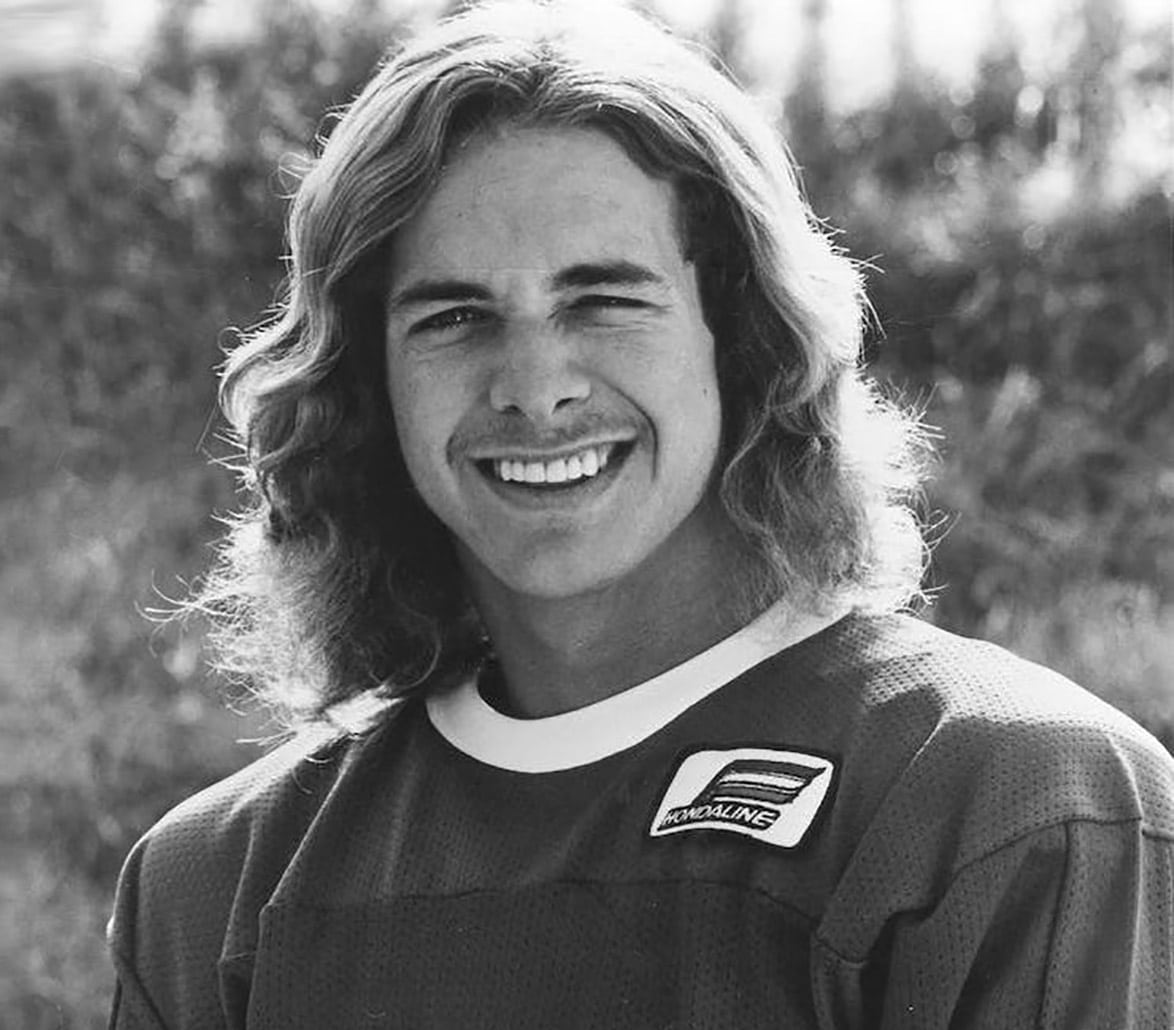 MX Sports Pro Racing, organizers of the Lucas Oil Pro Motocross Championship, sanctioned by AMA Pro Racing, has announced that its annual accolade recognizing the top performing freshman rider in the 250 Class will be renamed the Marty Smith Rookie of the Year Award, in honor of the late American motocross pioneer.

“Marty Smith was the original Rookie of the Year. He won the first AMA National he ever entered back in 1974, and then he became the first-ever 125cc AMA National Champion. It’s pertinent that we rename this prestigious award in his memory, in recognition of his contributions to the Pro Motocross Championship and the sport as a whole,” said Davey Coombs, President of MX Sports Pro Racing. “For an entire generation of racing enthusiasts Marty Smith was the epitome of cool in motocross. He proved that a motorcycle rider can become a household name alongside the likes of football, baseball and basketball stars. He was a charismatic, larger-than-life figure in motocross, one that any aspiring racer has and should look to emulate. We’re privileged to ensure that his legacy carries on to future generations of motocross racers and fans.”

Tragically, this past April, Marty Smith and his wife, Nancy, lost their lives in a dune buggy accident in Southern California’s rural Imperial Sand Dunes. He was 63 years old. 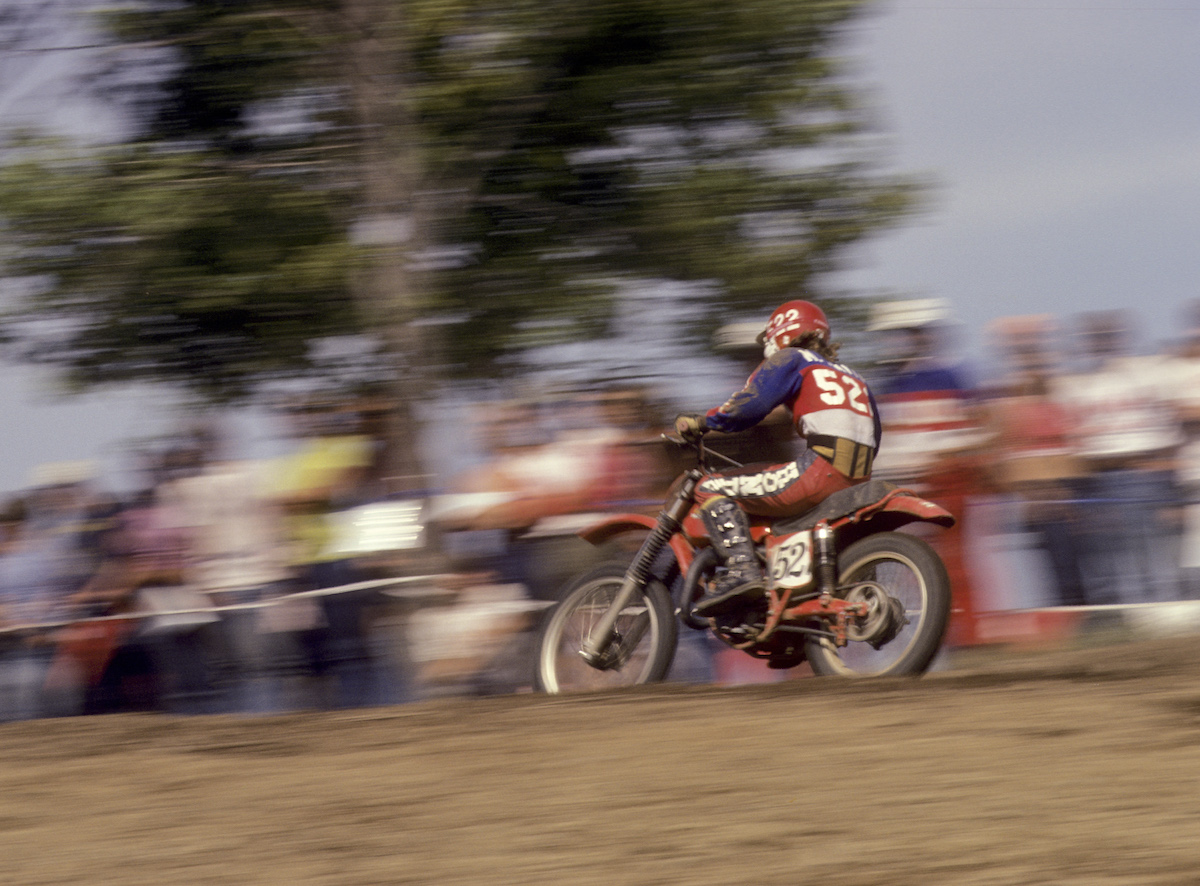