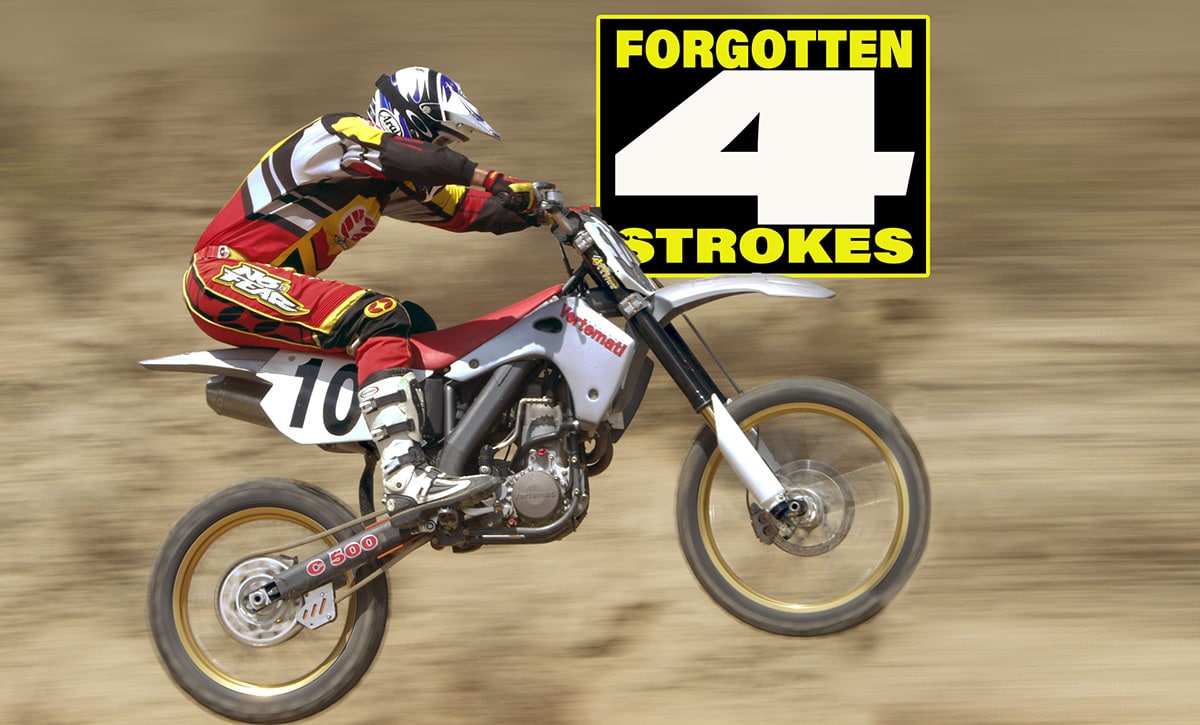 Yamaha and Doug Henry get most of the credit for the development of the modern four-stroke, but there’s so much more to the story. As the last century came to a close, Husqvarna, Husaberg and Vertemati all played a role in what would eventually become the four-stroke revolution. Husqvarna actually started it all back in Sweden prior to the Cagiva buy-out. The 1985 Husky 510 was developed by Thomas Gustavsson as an enduro bike and was the only design that was kept when the company moved to Italy. Gustavsson and a group of disgruntled Swedes then started Husaberg, and continued the development of the bike. In the meantime, Italian engineers were taking it in a different direction. Both efforts had immense success in the off-road world, then they began to shake up the establishment of motocross around 1991.

Alvaro and Guido Vertemati were the Italian Husaberg importers in the early ’90s. They modified the production bikes heavily and went GP racing in 1991 with Andrea Bartolini. That year they pulled some holeshots and attracted attention, but it set the stage for a four-stroke showdown in 1993 between the Vertemati Husaberg and a factory Husqvarna.  The riders that year were Joel Smets and Jacky Martens, and the battle lasted all season. Martens won that year, but Smets would win in ’95, ’97 and ’98 on a Husaberg.

In that period the brothers started manufacturing their own motorcycle. At the height of their success, they hired American Mike Young to race in Europe. Mike had won the U.S. four-stroke championship on a modified Husaberg and absolutely fell in love with his new race bike. He claimed it was far better than the two-strokes of the day. The motor had a three-speed gearbox, but Mike reported that he often raced whole motos without shifting out of second. A few versions of the bike made their way to the U.S., but the motorcycle didn’t translate well to the compromises of the production line. They were much heavier and slower than the factory version that Mike raced. The brothers fought with their partners and with each other, eventually leading them to sell their original company and start another one. Thus, the original Vertemati motorcycle was renamed VOR, and the brothers worked on a new project. A third-generation Vertemati motorcycle arrived in the late ’90s and had some success in the world of Supermotard.

In the meantime, KTM had purchased Husaberg to jump-start its own four-stroke development. This led directly to the RFS four-strokes. which arrived in America in 2000 with a multitude of off-the-shelf Husaberg parts. Husabergs eventually were manufactured in Austria, but a R&D branch remained active in Sweden. They were responsible for the outlandish 2009 FE450e with the crankshaft located over the gearbox. KTM would phase out the Husaberg name after the 2013 purchase of Husqvarna, which they internally considered a “reunification” of the two brands.

By then, however, the moment had passed. The four-stroke had gone mainstream. But, there’s a very good chance that the change would have occurred much later had it not been for the inspiration of the Vertemati brothers and the odd rivalry/collaboration between Swedes and Italians. 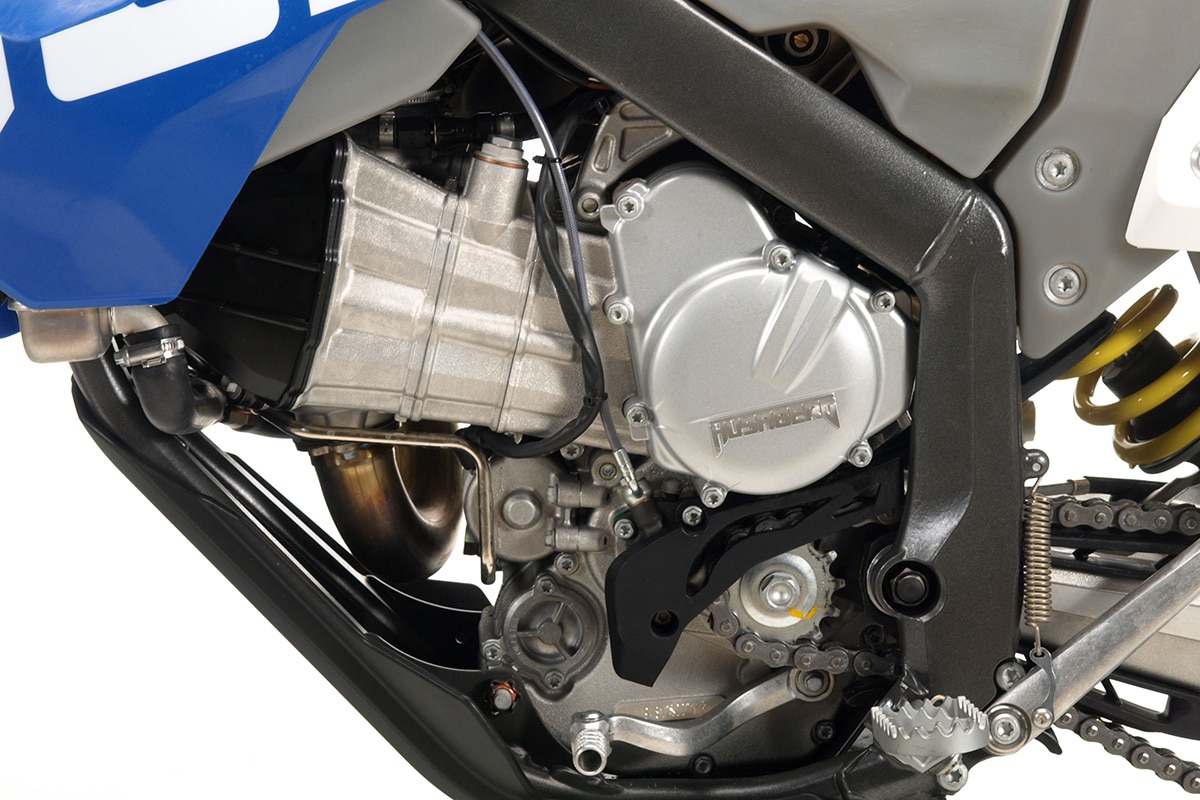