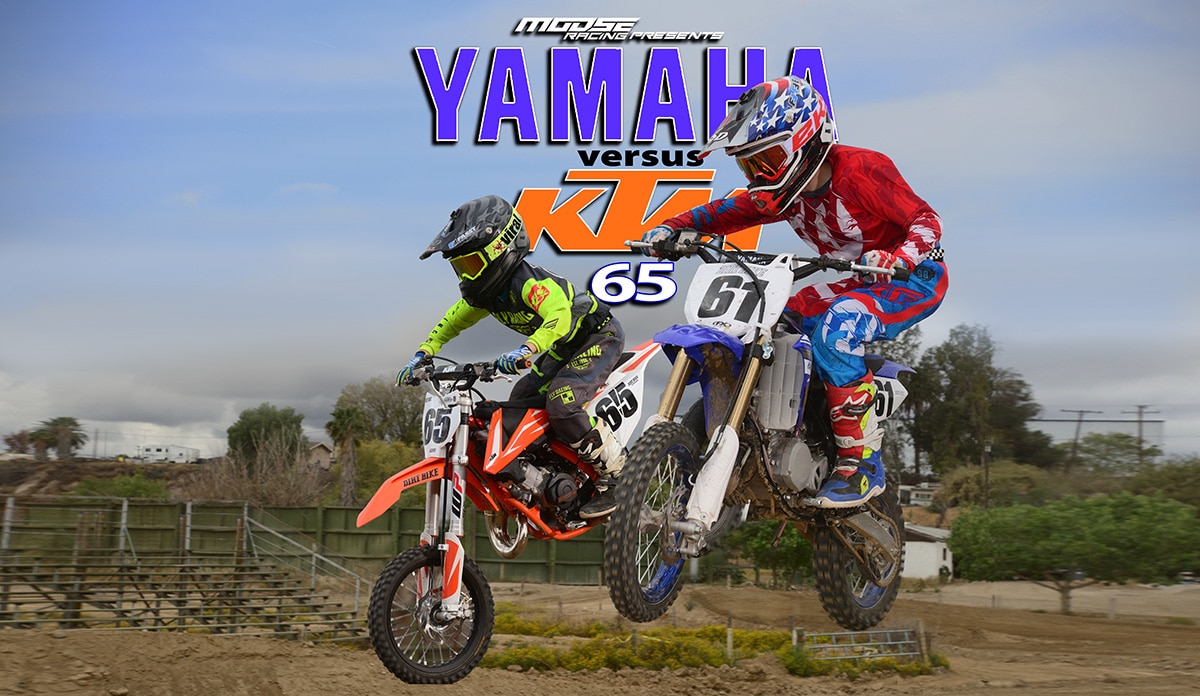 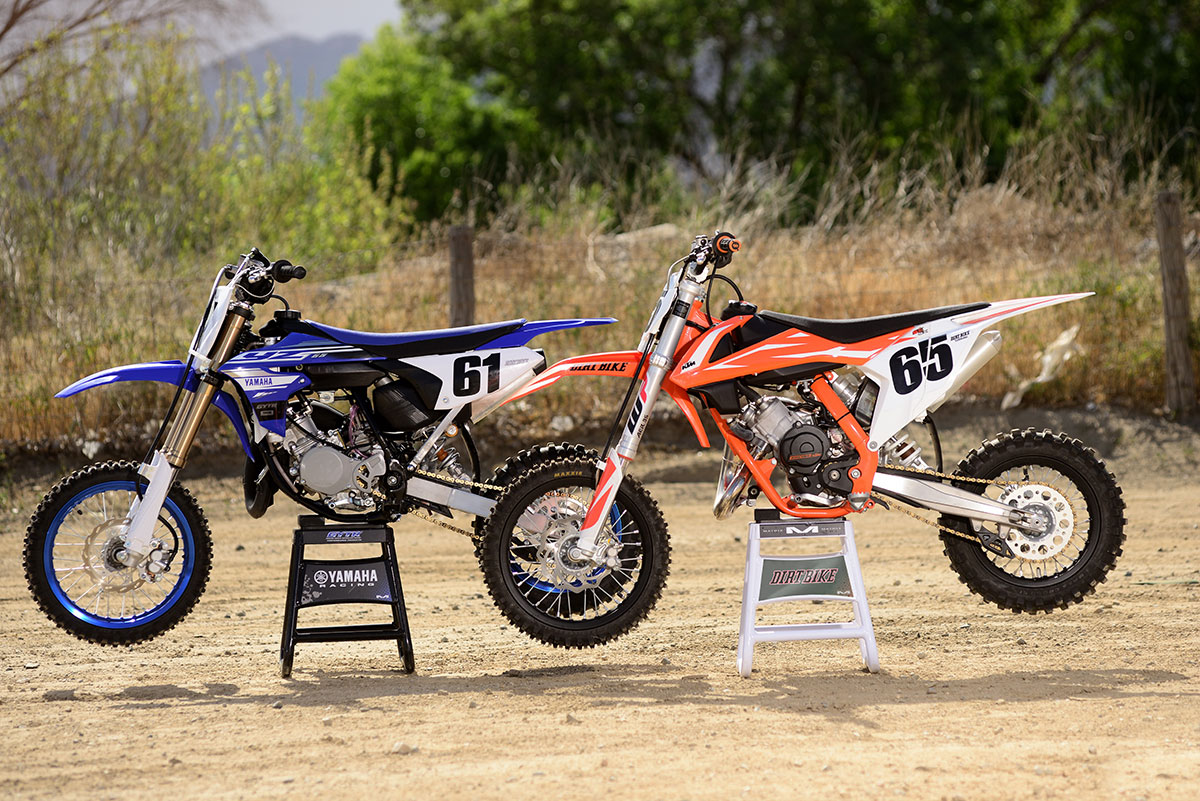 There’s no doubt that Yamaha is going after KTM with the YZ65. In amateur racing, the 65 class is dominated by KTMs with just a smattering of Husqvarna TC65s and even fewer Cobra 65s. The Kawasaki KX65 is aimed at play riders and true beginners, so when it comes to racing, the Yamaha’s target is clearly the KTM. When you put the Yamaha and KTM side by side, it’s striking how similar the two bikes are in size and features. They have the same wheelbase (45 inches), the same fuel capacity (0.9 gallon) and both have six-speed gearboxes with nearly identical overall gear ratios, gear for gear.

There are a handful of technical differences that are worth noting. Most obvious of these is the motor layout. The Yamaha motor is designed conventionally with the gearbox behind the crankshaft. The KTM’s is stacked vertically, with the crank directly above the main shaft and countershaft. This makes for a taller engine vertically, but one that’s shorter from front to rear. Both motors have power valves, but the KTM’s is operated by engine vacuum, whereas the Yamaha’s is driven by a mechanical ball-ramp mechanism that opens at a more precise rpm. The clutch on the Yamaha, on the other hand, is cable-operated, whereas the KTM’s is hydraulic with a Formula master cylinder.

Formula also makes the brakes for the KTM, while the Yamaha’s are Nissin. Both bikes have rear shocks that are connected directly to their swingarm without linkage but have very different forks. The KTM has a WP AER 35 air fork with adjustable rebound damping. The Yamaha has a coil-spring KYB with adjustable compression and rebound.

On the track, the two bikes have nearly identical performance. They both are amazingly powerful. In our roll-on acceleration test, we found that the KTM might have the slightest advantage in peak power. In mid-range power, they are the same. The Yamaha has a much larger carburetor (a 28mm Keihin as opposed to a 24mm Mikuni), and the motor will hesitate if the throttle is opened too quickly at low rpm. We didn’t experience this with the KTM. Our test riders felt the Yamaha was slightly larger. The YZ65 has the same seat height, but it’s a little wider and about 10 pounds heavier. The Yamaha also has slower steering geometry. The test riders felt that the KTM’s overall handling was a little nervous, whereas the YZ was very stable. In the end, the track performance of the two bikes is so similar that you really shouldn’t make a decision based on that alone. Yamaha did an excellent job of hitting the target. If the bike was any faster, it might have alienated beginners; any slower and it would have lost the serious racers. At this point, it’s more about dealer support and brand identity. Yamaha has made the 65 class a race again.