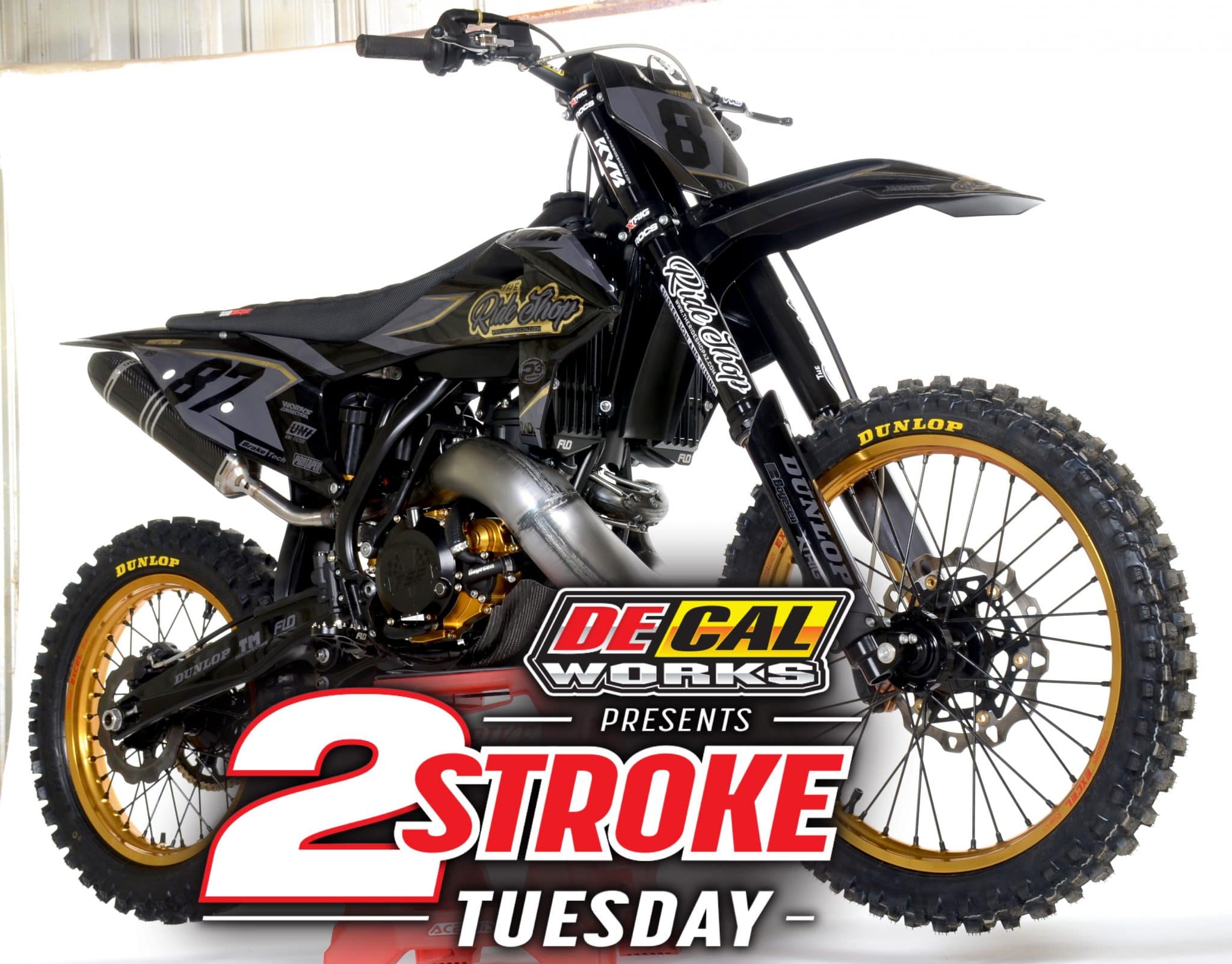 On this week’s Two-Stroke Tuesday brought to you by Decal Works we give you an exclusive first look at our project “Dark Knight KTM 500” built by Johny Weisman at The Ride Shop AZ.  This project combines brand new KTM technology with old school Kawasaki two-stroke technology and a bunch of aftermarket bolt-on items. In the 2-Stroke History section we take a look at Kawasaki’s KX500 and our 2-Stroke Behind The Build is all about “The Unit”  an insane KX500 built by Tyler Bowers you don’t want to miss. 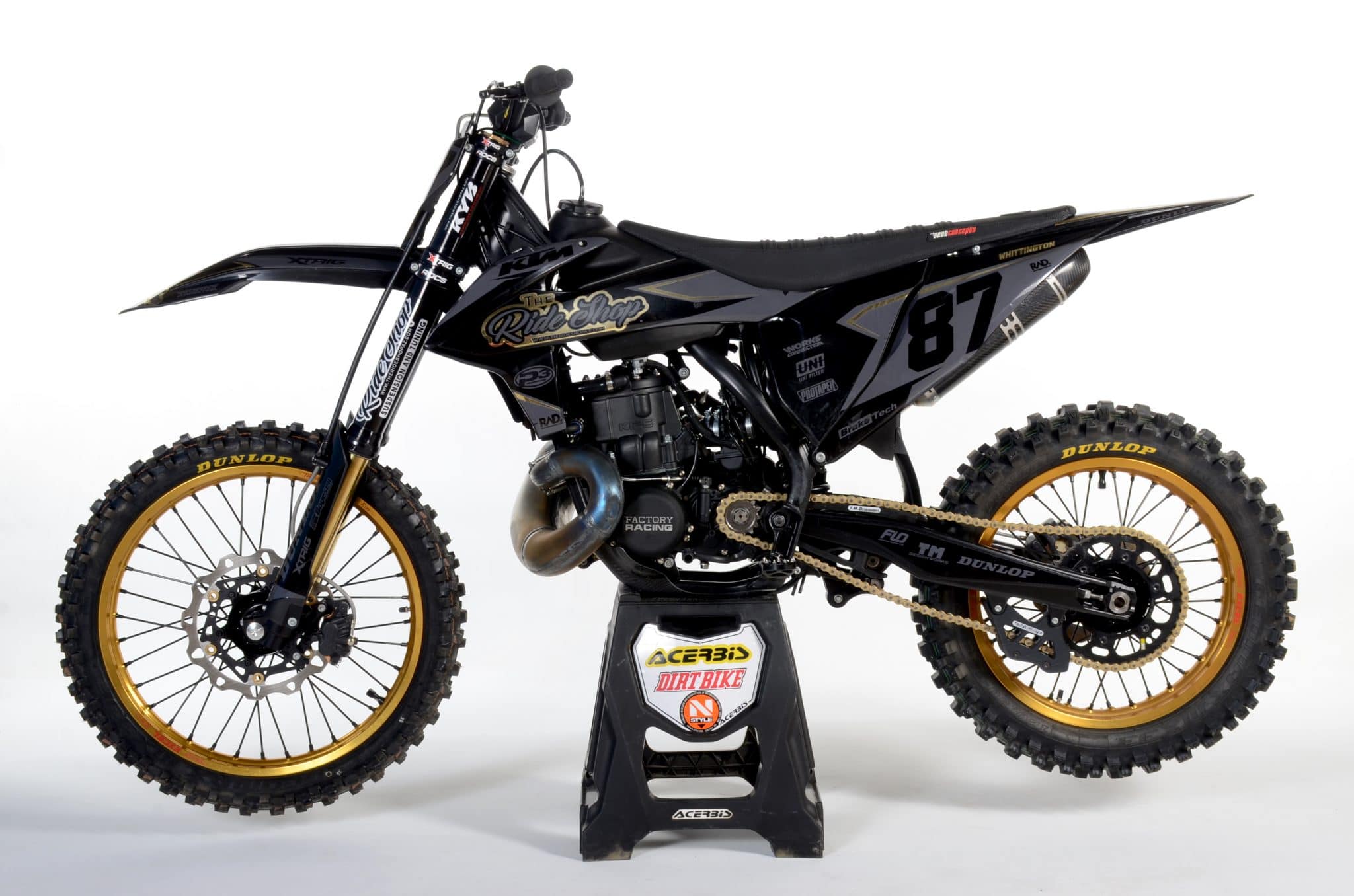 The Ride Shop Dark Knight project is the brainchild of CEO Johny Weisman. At first glance you might not notice the blacked out Kawasaki KX500 two-stroke power-plant tucked neatly into a 2020 KTM chassis.  We worked with industry leading companies like Dubya USA, Boyesen, Dunlop, TM Designworks, P3 Carbon and a host of others to make this build happen. 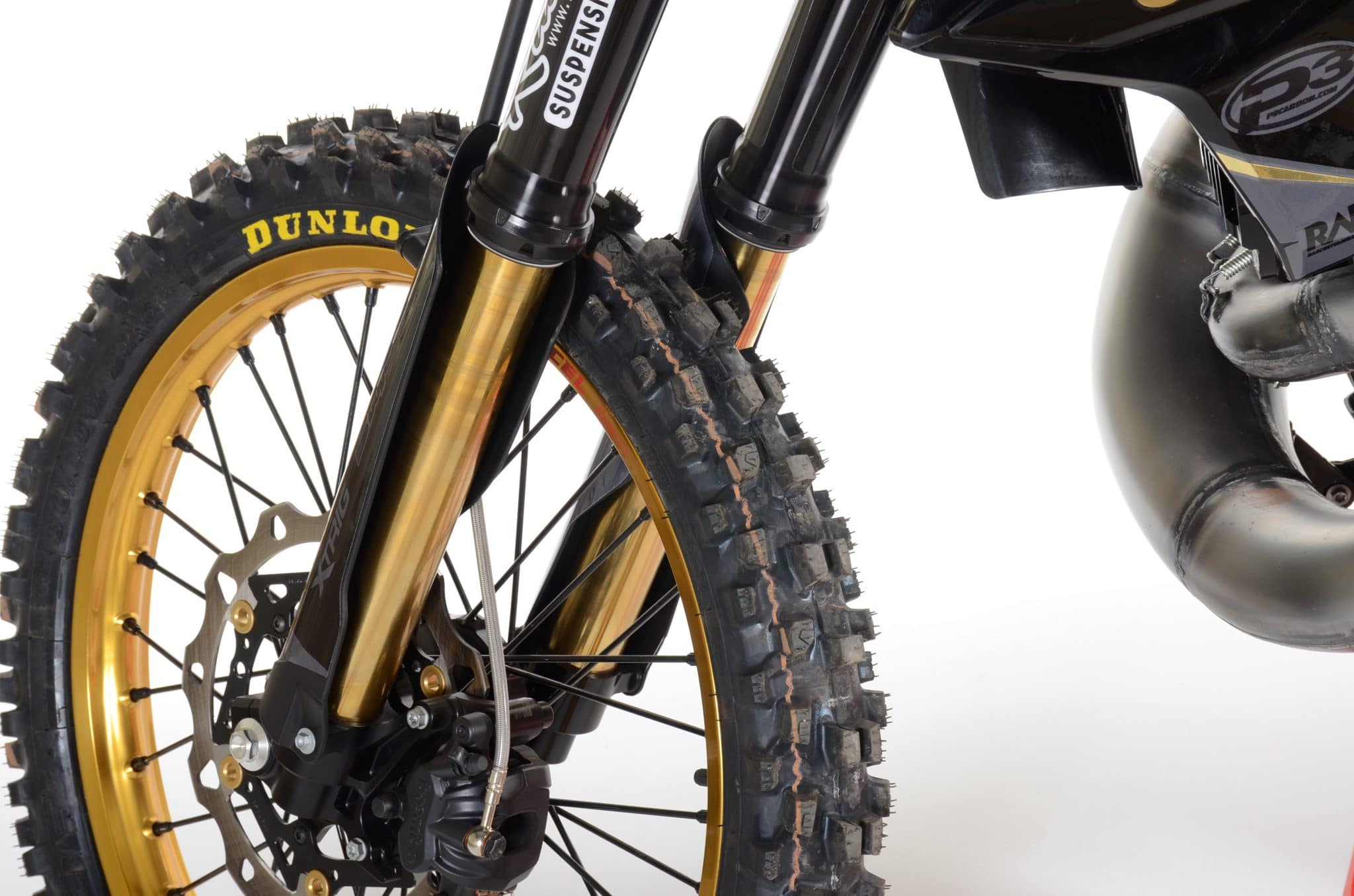 Both the fork and shock received gold DLC coating and up front the Dark Knight has a KYB conversion done in-house by Weisman himself. 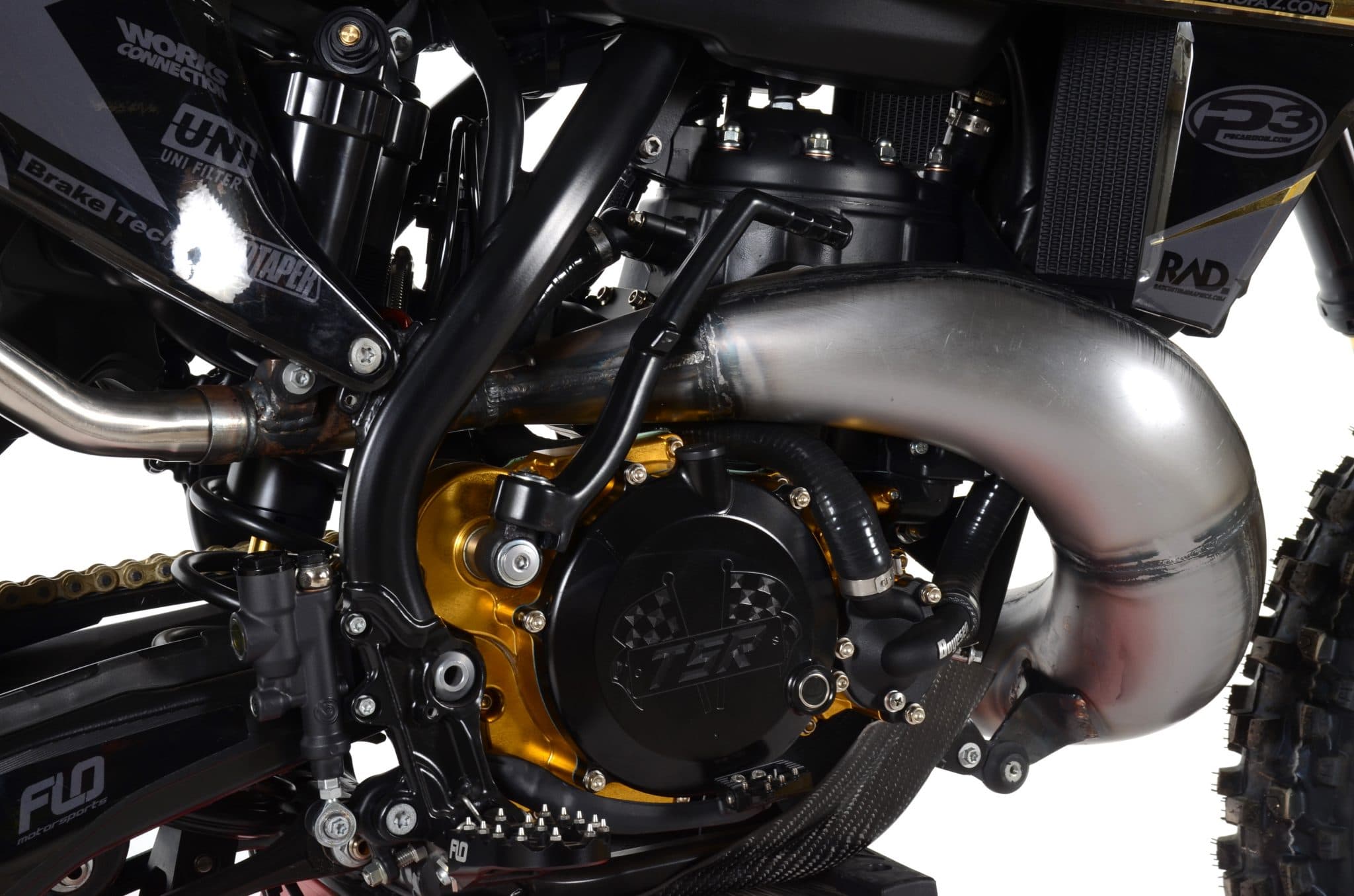 Yes, that is a Kawasaki KX500 power plant and yes that is a removable clutch cover. The factory Kawasaki off-road bikes had these back in the day and Johny just happens to be Destry Abbott’s former mechanic so you know this machine is trick. 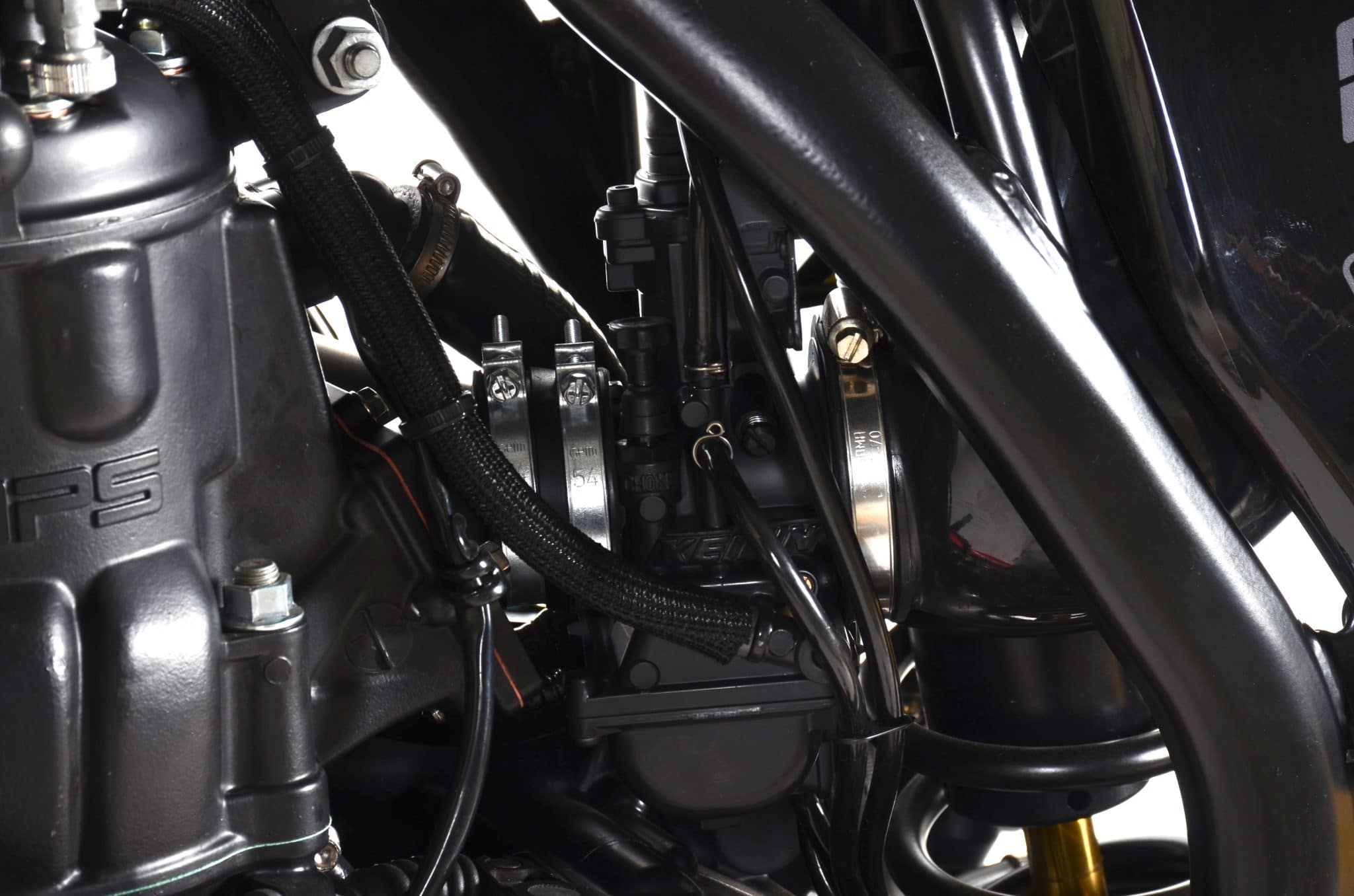 We see lots of coated engine parts but this has got to be the first time we have seen a blacked out Keihin Carburetor. Check out that gold DLC coated shock shaft in the lower right hand corner of this picture. 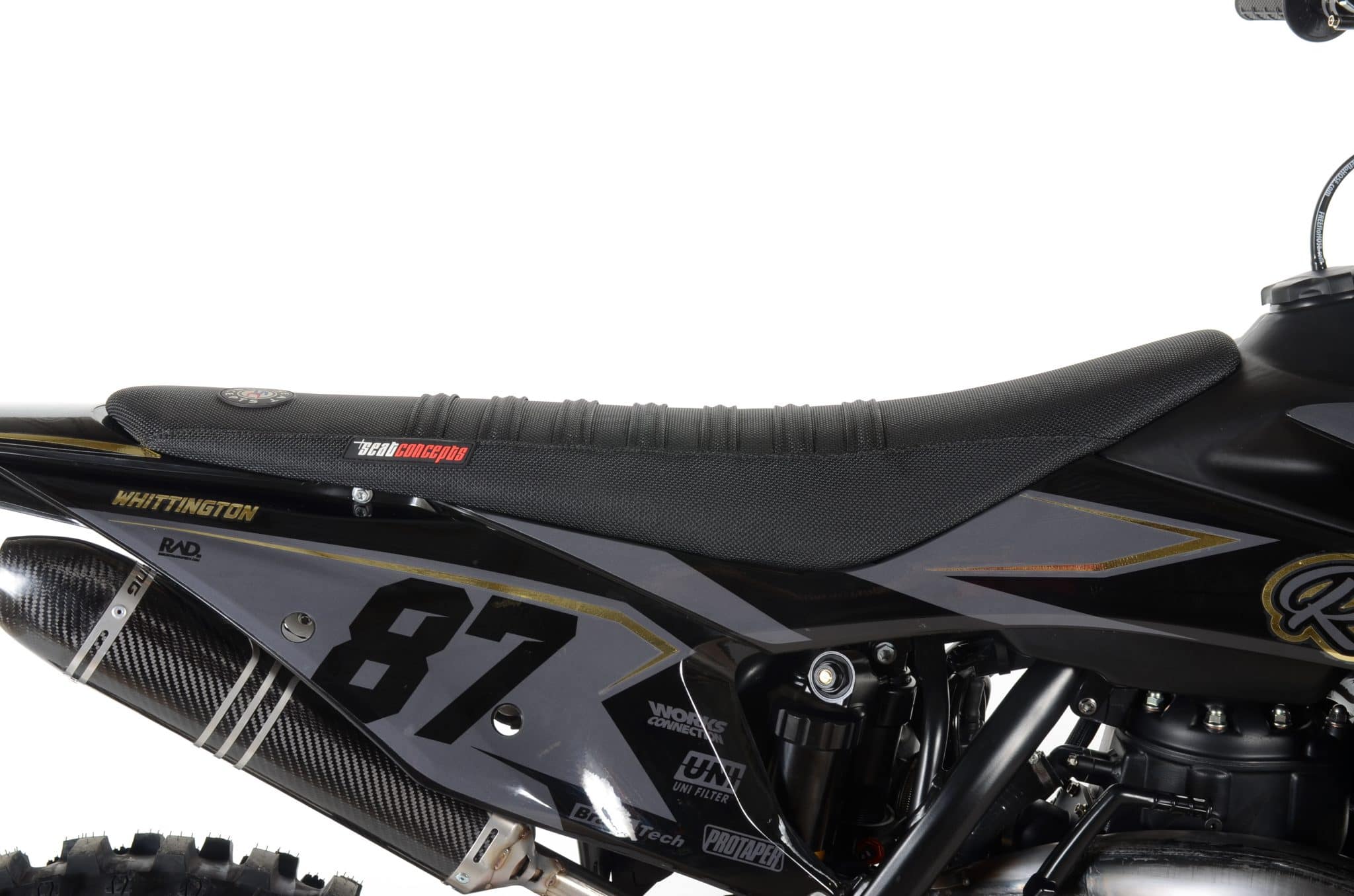 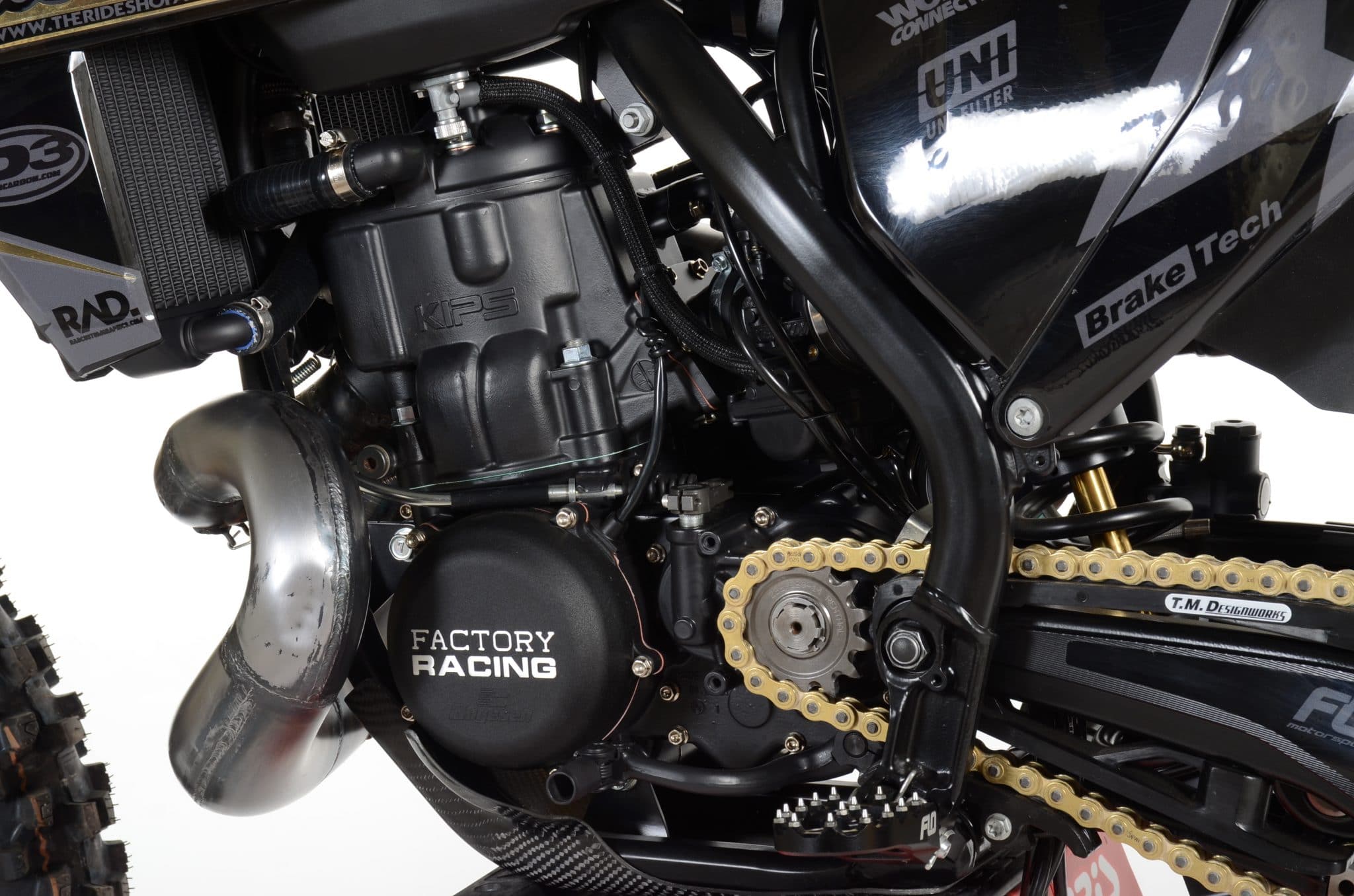 Weisman hasn’t come clean with all the internal modifications to the engine yet but stay tuned for the complete story in an upcoming issue of our printed magazine. 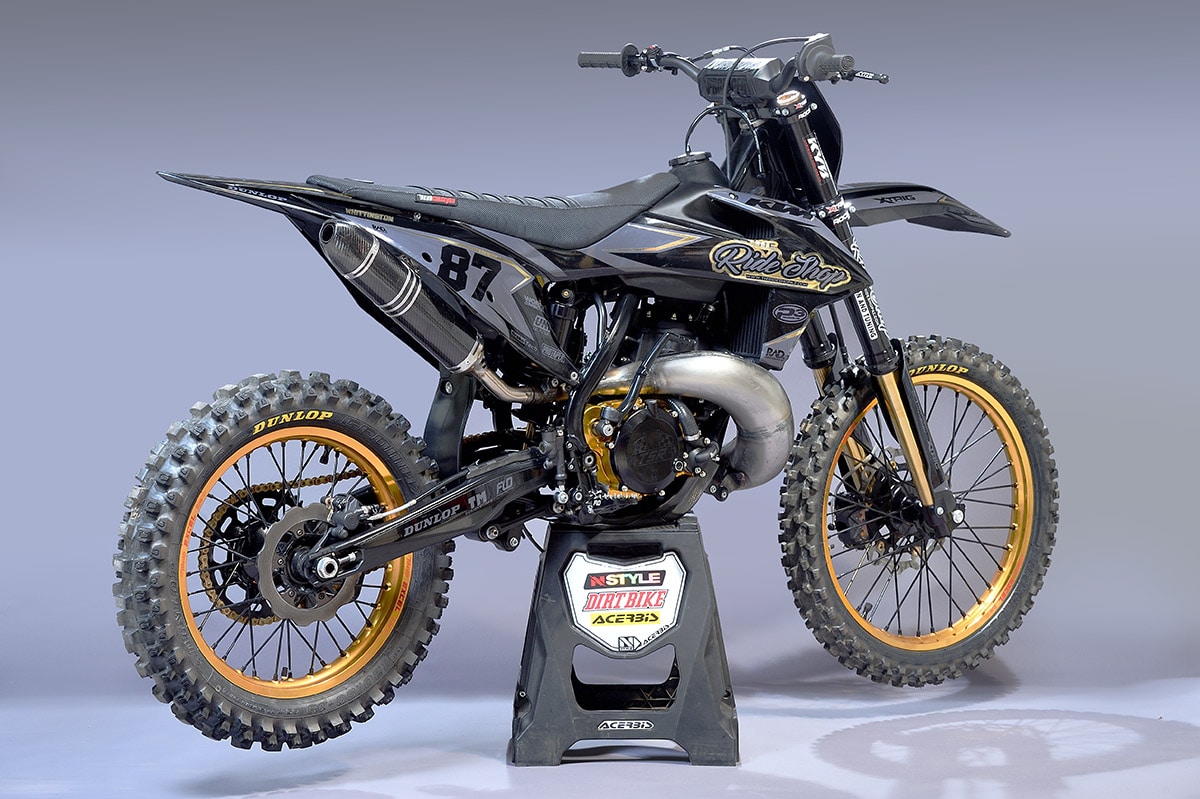 ‘Unrideable.’
‘Violent.’
Those are all quotes from the June 1983 issue of Dirt Bike. The subject? Kawasaki’s first KX500, a bike that was destined to become a legend in motocross and desert racing. It was a humble beginning for one of the greatest dirt bikes in history. At the time, there were no 500cc motocrossers. Kawasaki was the first to go there since the notorious 501 Maico of the previous decade. But in the end, the KX would outlast all others of its kind, officially turning out the lights on the 500 two-stroke class in 2004.

The Kawasaki KX500 is one of the most iconic two-stroke machines ever produced. On the professional racing level, this bike dominated off-road and outdoor motocross championships but was never a winner in the confined spaces of Supercross. Okay, to be fair, there was never a class the KX500 was eligible to participate in. With Red Bull making this year’s Straight Rhythm open to big-bore two-strokes, Tyler Bowers decided to build himself a KX500 with some Supercross credentials. He appropriately named it “the Unit.”  CLICK THE IMAGE BELOW FOR MORE!