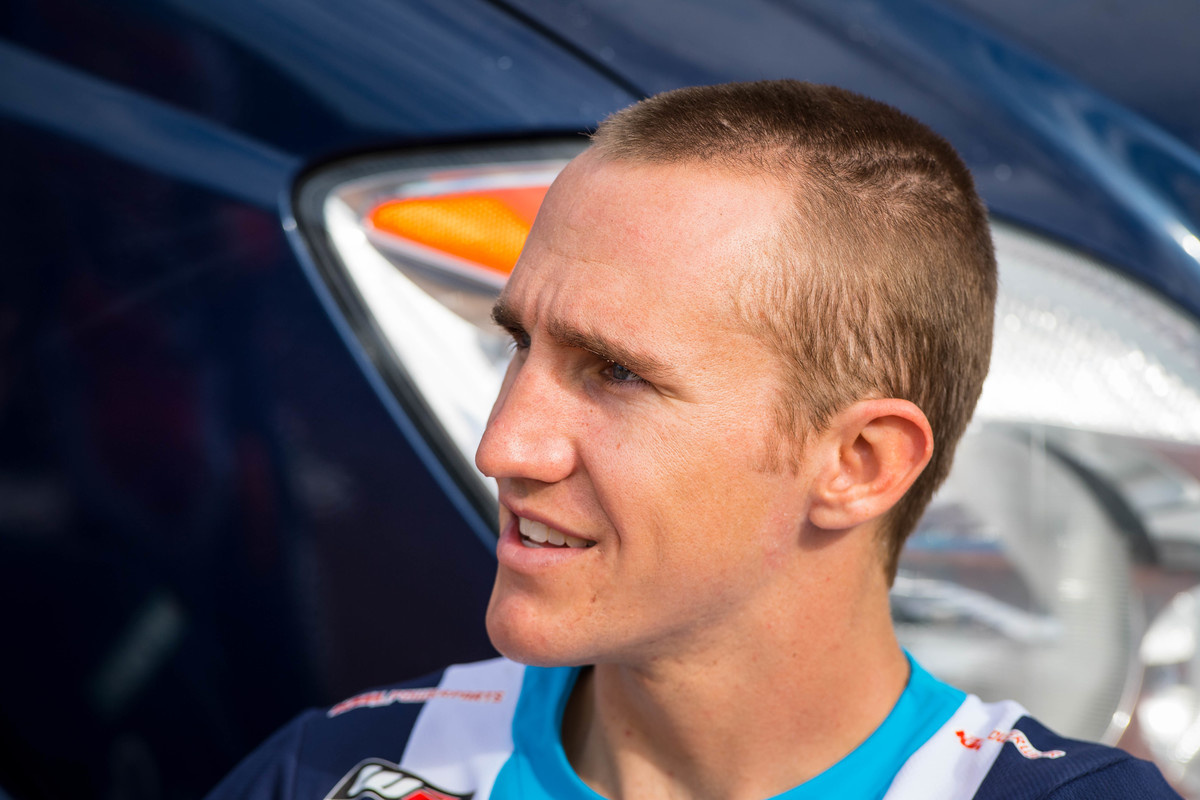 Share FacebookTwitterGoogle+ReddItWhatsAppPinterestEmail
MURRIETA, Calif. – FMF KTM Factory Racing Team’s Taylor Robert was involved in a practice crash incident on Tuesday where initial findings show that he has sustained a fractured ulna and radius in his left arm and damaged ligaments in his right wrist. The current points leader will miss Round 2 of the AMA National Hare and Hound Championship this Saturday in Ocotillo, California, as well as the second round of WORCS on Sunday in Peoria, Arizona.
Robert is currently back home in Arizona working with doctors to determine the extent of his injuries and the expected recovery time. The FMF KTM Factory Racing Team will provide updates as they become available.

Robert: “It’s disappointing to say the least, especially since the crash was due to the negligence of another rider and there was nothing I could’ve done differently. I have a follow-up appointment with an orthopedic specialist on Monday and from there we will determine what the next step is.”
Despite having to undergo surgery in January to repair a fractured face with five plates and 10 studs, Robert got off to an incredible start to the 2018 season with two opening round victories in the National Hare and Hound and WORCS championships, as well as a recent win in the AMA West Hare Scramble Championship.
Team Manager, Antti Kallonen: “This crash and the injuries sustained are surely a big upset for the team and especially for Taylor, who has already overcome some major injuries this year but was still able to open the season with big wins at the first rounds of Hare and Hound and WORCS series. Taylor is a tough rider and there is no doubt that he will recover from this one as well.”