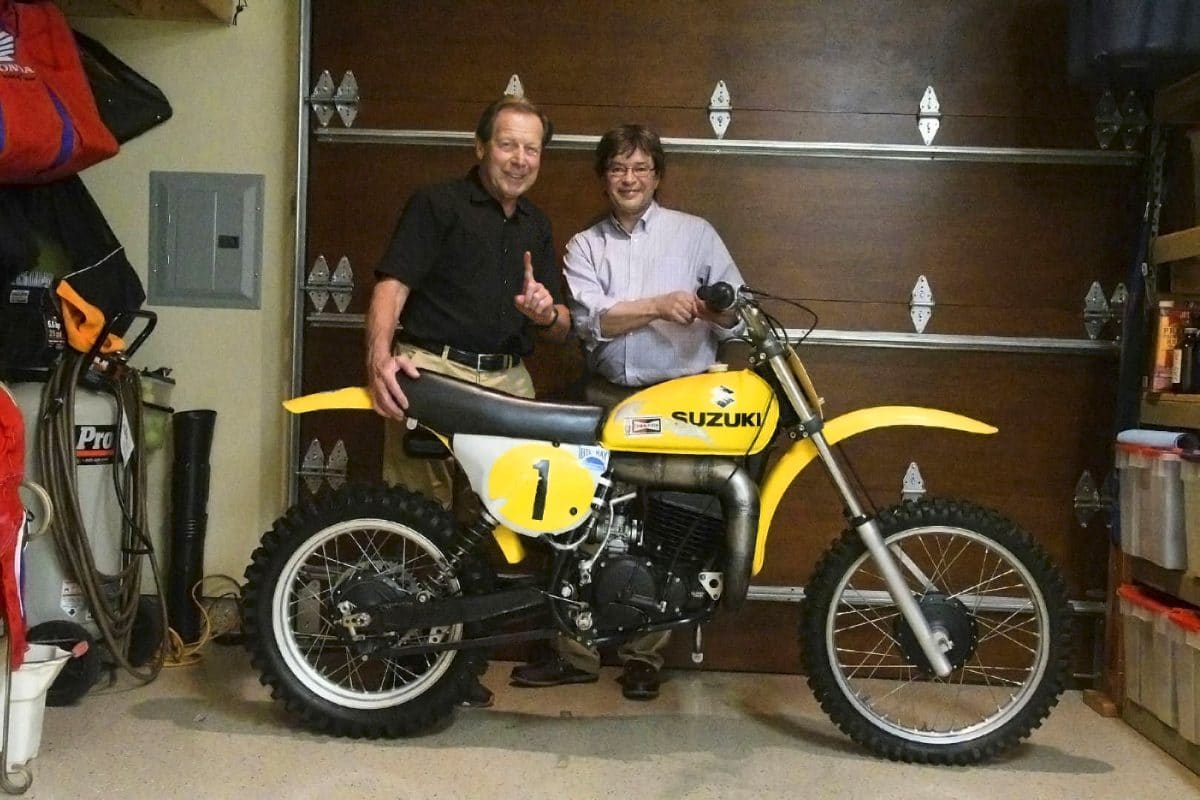 Five time world champion Roger De Coster and collector Terry Good have made an unprecedented deal where Terry has acquired Roger De Coster’s entire collection of works bikes and all related memorabilia that Roger has saved covering his “Hall of Fame” career from the early 1960’s to 1980! Without a doubt this is the largest and most significant cache of bikes, parts, photos and memorabilia anywhere in the world. The collection consists of over a dozen championship works bikes including his championship Suzuki’s and even the works RC500 Honda that he won his last 500 grand prix on at Luxembourg in 1980. Also, there are mountains of factory works parts, race worn gear, over 13,000 photos, reel to reel films (most never seen before) and most of the trophies he won going all the way back the 1960’s! The De Coster collection is so huge it took almost two 53’ semi-trucks to transport it from California to Chicago where it will all be displayed at the International Motocross Museum.

Terry Good explains “Roger and I have been talking about this for over 20 years. I have been to his house and storage facility and seen it many times but even I didn’t realize how much was there. Most of it is in pristine condition just as it was last used. To see it in the flesh is overwhelming! This collection is the ultimate and will make for an incredible display for the whole world to see in our museum. As the museum project started to materialize and my collection started to grow and contain very significant bikes, Roger and I had several conversations and meetings regarding this and eventually a deal was made. To me this is a dream come true and I feel so grateful to be the one to preserve “The Man’s” legacy for the ages.”

Roger De Coster commented “I wanted my bikes and memorabilia to be with someone who would take good care and keep them together. I wanted them to be in a place where they could be seen by everyone and to be amongst as many other top bikes in the world that raced in the world championships as possible, starting with the Norton of Leslie Archer, Sten Lundin’s Lito and on and on. I feel that when it’s complete, Terry’s museum will be like the Smithsonian of motocross.”

It doesn’t end there either. Roger will be a consultant to the museum and will also be very involved with the exhibit design’s, especially his own. You will see and learn all about his entire career directly from The Man!