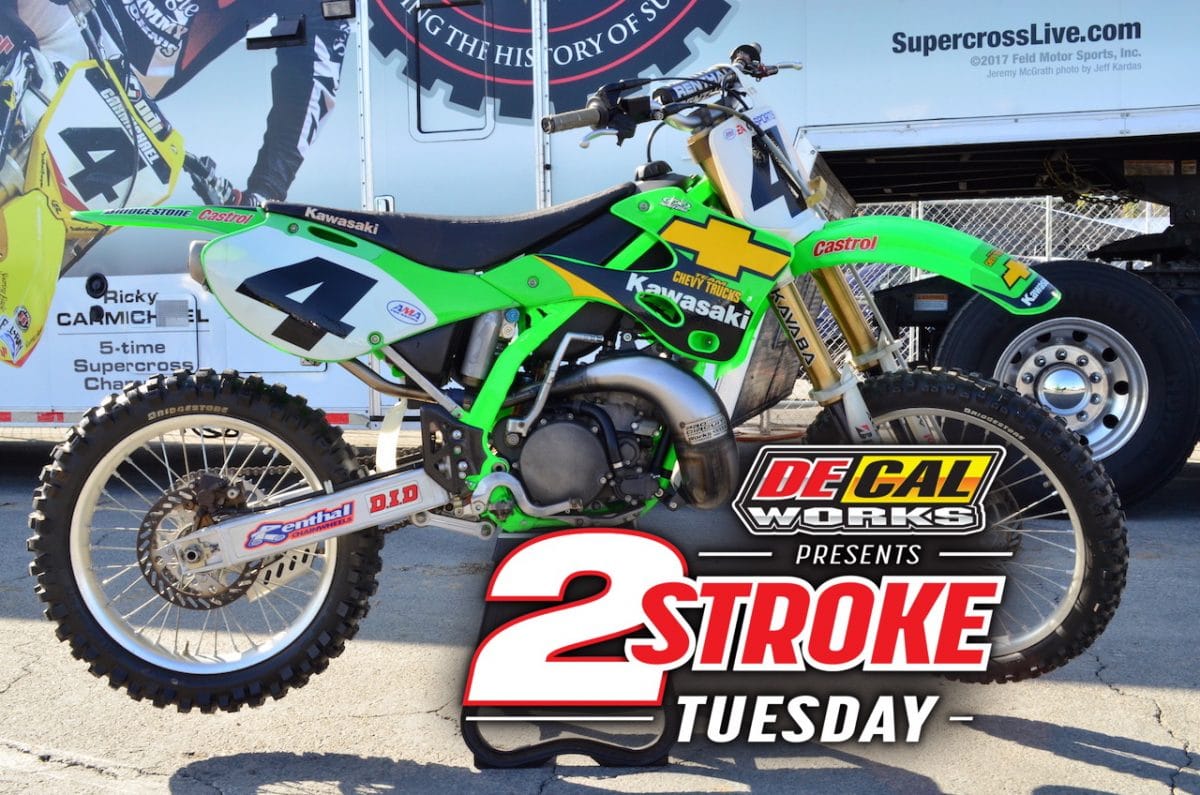 On this week’s Two-Stroke Tuesday we take a look at Ricky Carmichael’s 2001 KX250SR factory race bike thanks to the crew at the Legends and Heroes tour that travels around at Supercross. In our 2-Stroke History section we talk about the bike you must ride before you die! The mighty Kawasaki KX500. We give you an exclusive look at the 1994 KX500 built by Tyler Bower appropriately named “The Unit”. Tyler would put this machine up against Travis Pastrana’s RMzilla at Red Bull Straight Rhythm and come out on top. Don’t miss it! 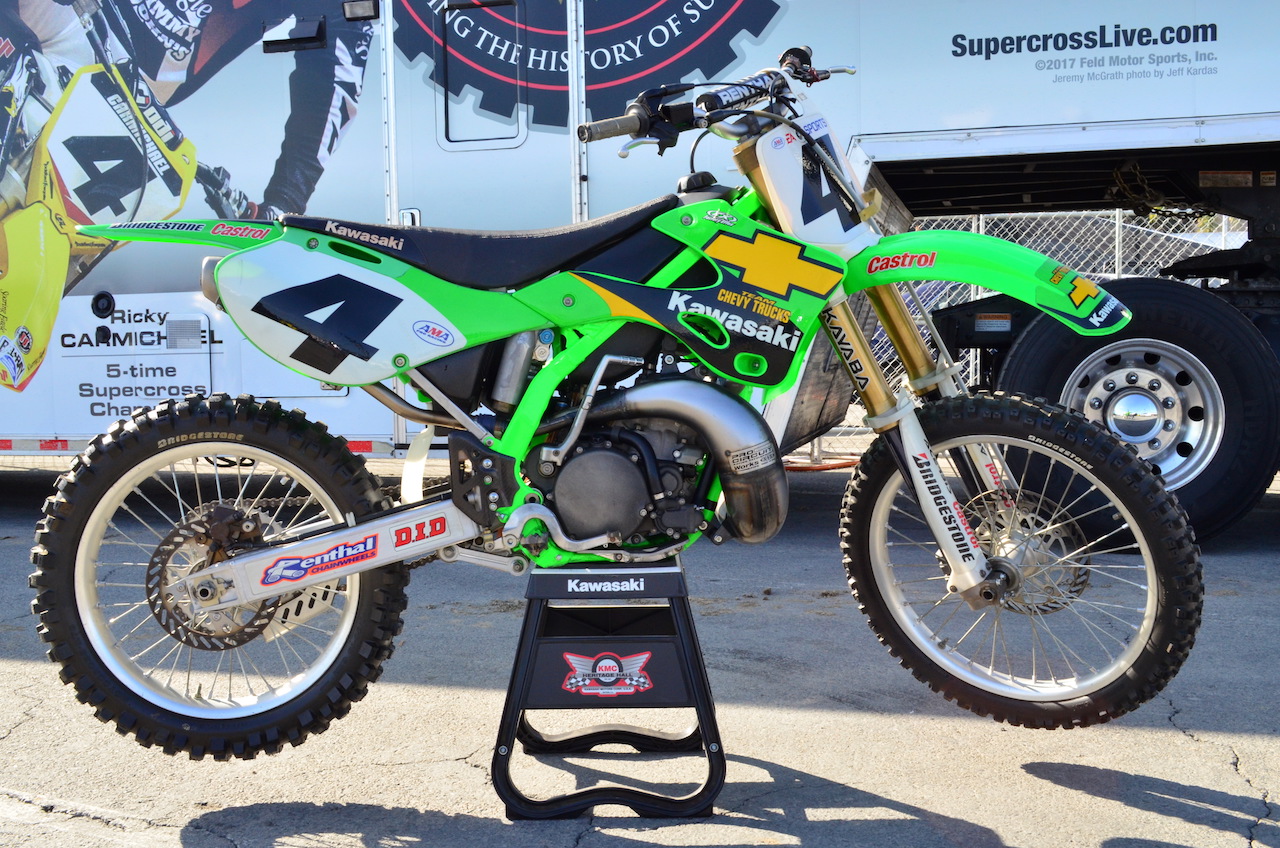 This machine and Ricky dominated the 2001 SX season winning 13 main events on his way to the championship. These Chevy Trucks graphics are one of our all-time favorite designs. 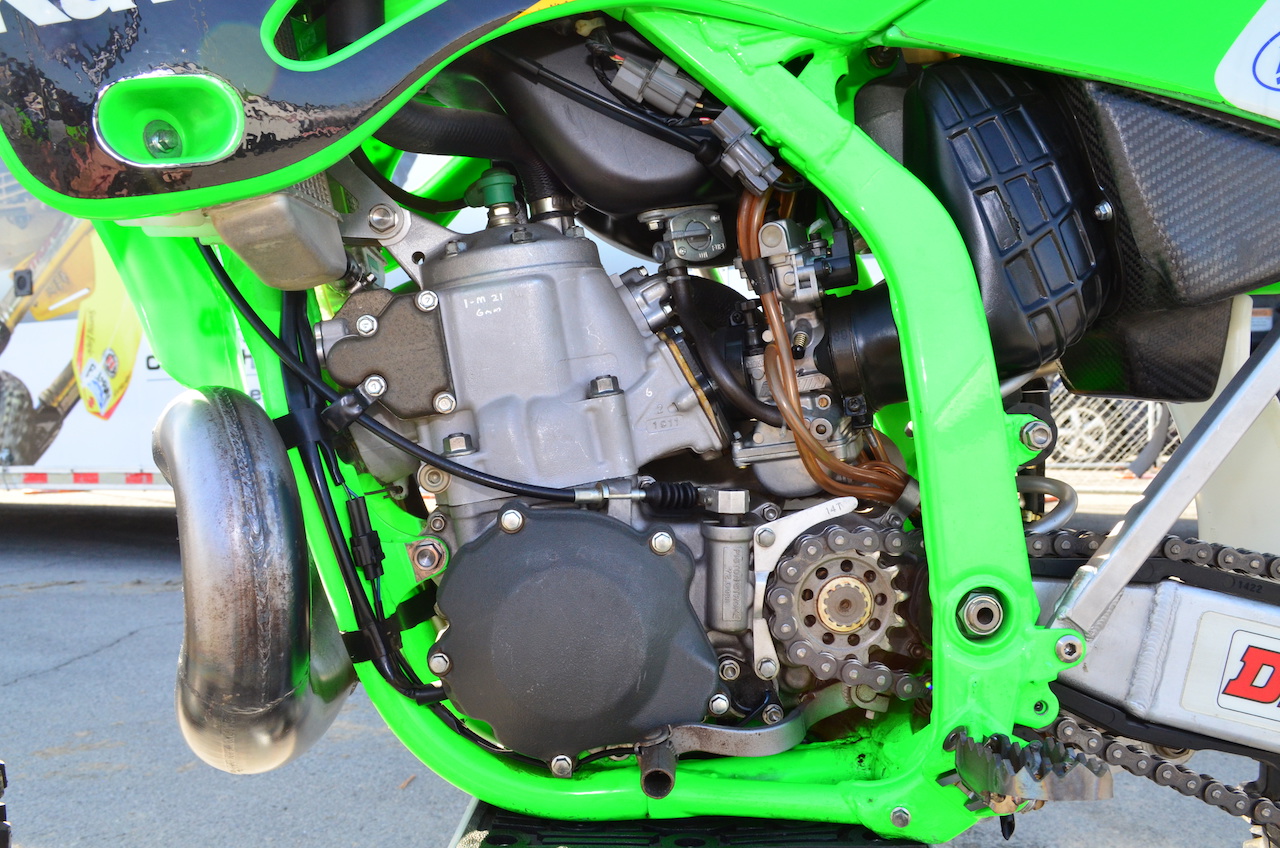 The powerplant was a complete factory model with loads of titanium hardware topped off with sand- cast covers. KMC is still guarding the secrets of  what’s inside. 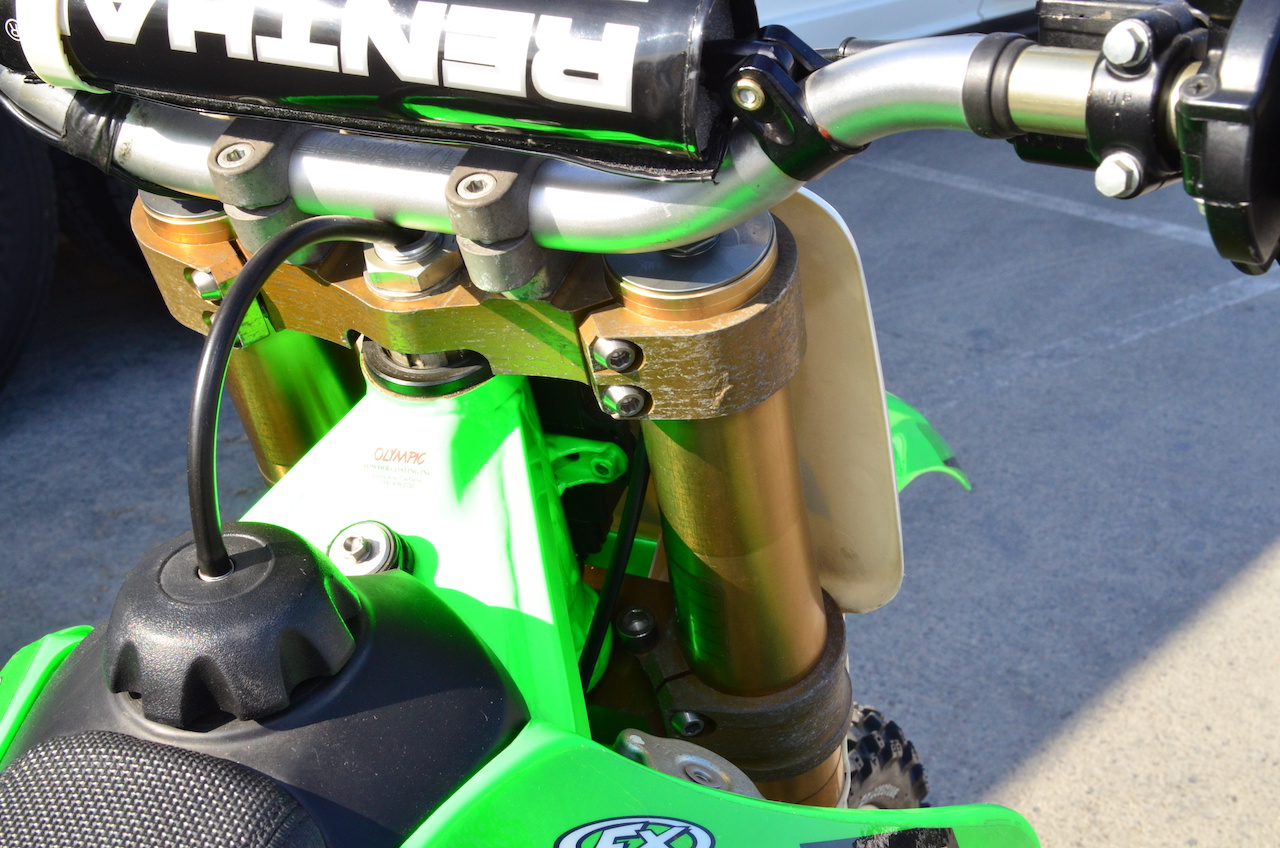 The triple clamps might not look the greatest but in 2001 these were unobtainable for the average person and they got the job done! It’s amazing to look back and see how far the aftermarket companies have come. 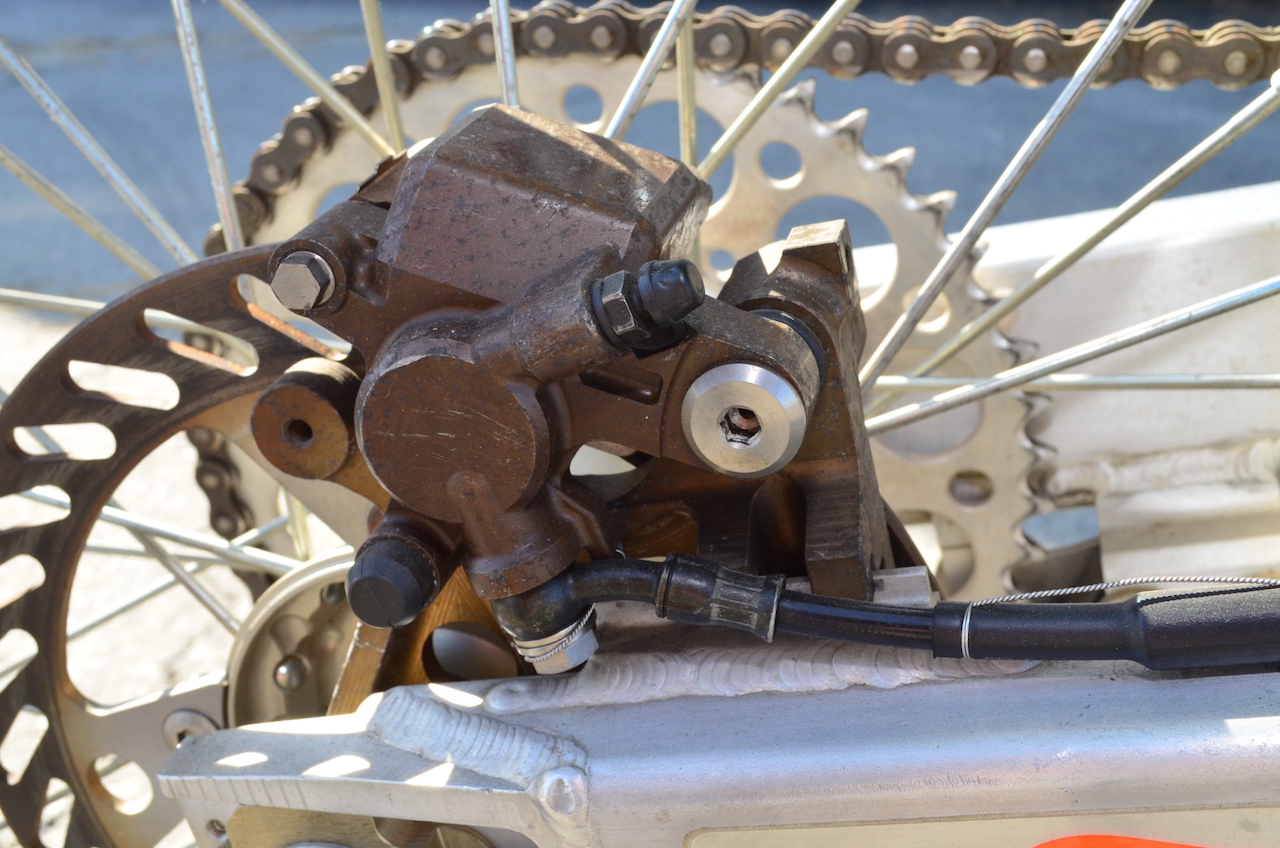 Some extra stopping power on Ricky’s machines was a necessity and came in the form of more factory parts. 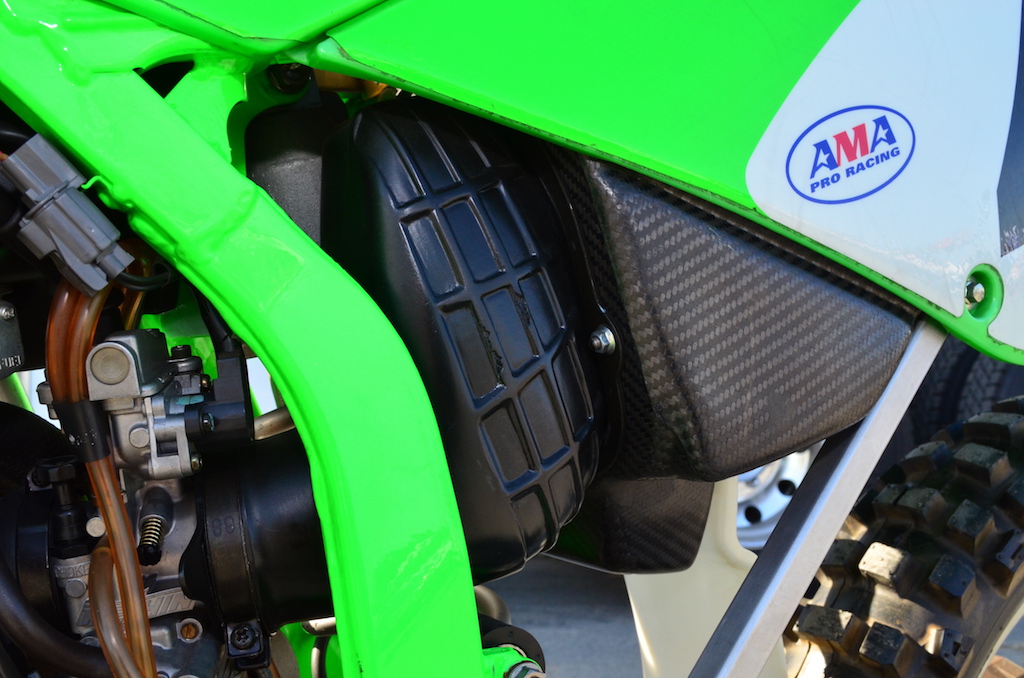 The lowered subframe housed a completely custom carbon-fiber airbox that was designed to increase overall air volume and reduce weight. 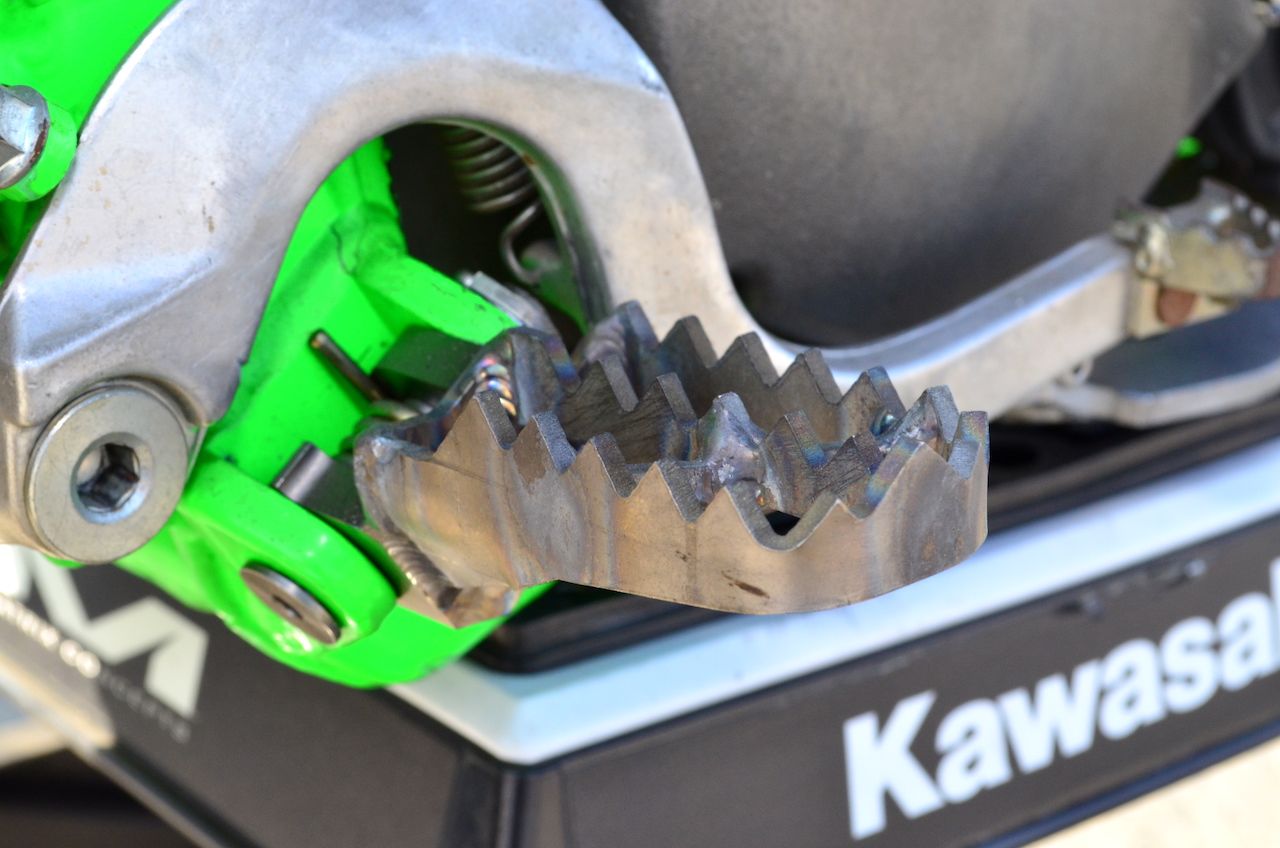 Handmade titanium pegs anyone? They might look a little primitive but man, were they trick in 2001. 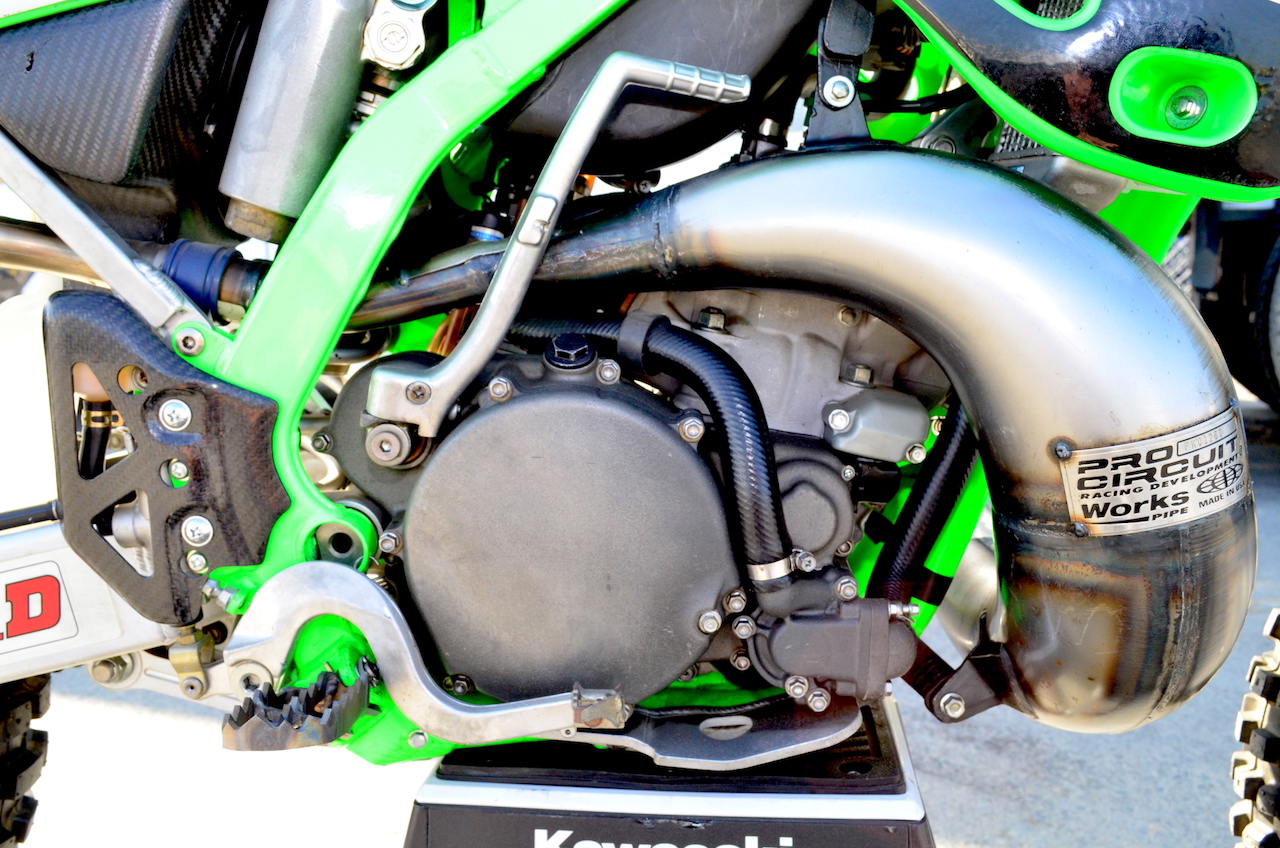 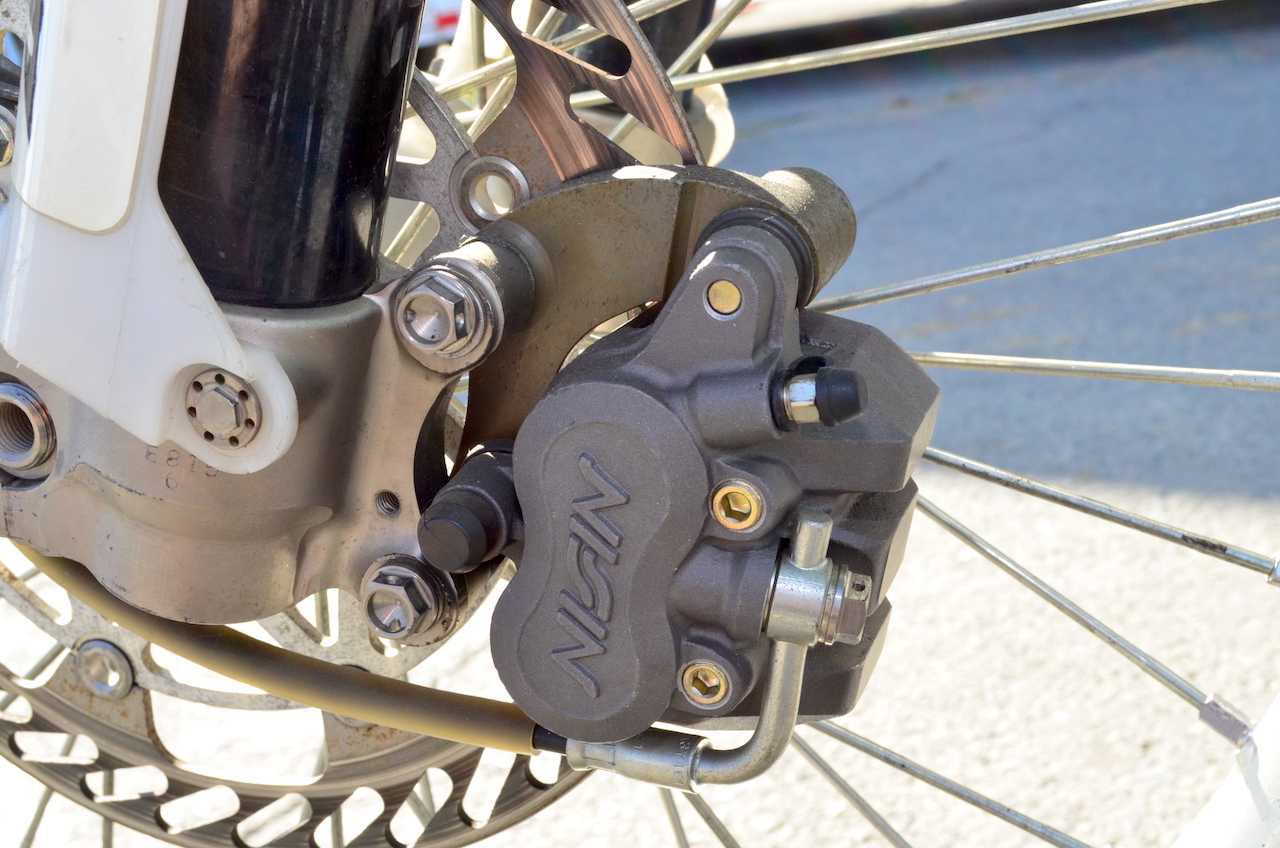 More stopping power provided by a Nissin dual piston caliper. Check out the titanium hardware drilled for safety wire. The details on this bike even after sitting for over 15 years is still impressive. 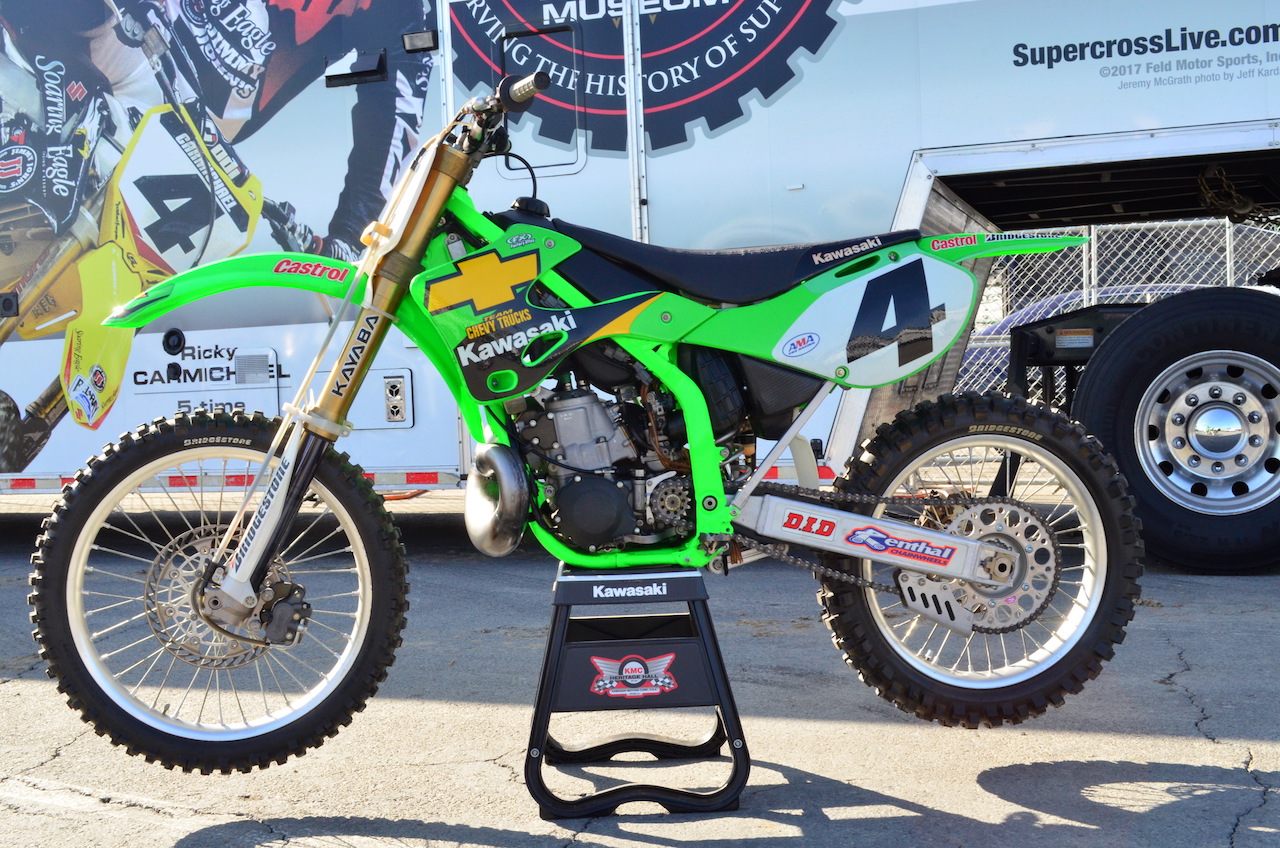 The 2001 to this day is still one of Ricky’s favorite machines, and he even has one mounted on his wall at his house in Florida.

THE BIKE YOU MUST RIDE BEFORE YOU DIE! Click image below for more information.

Have you heard of “The Unit” built by Arenacross champion Tyler Bowers? Trust us you want to know all about this Kawasaki KX500. Click the image below for the full story.