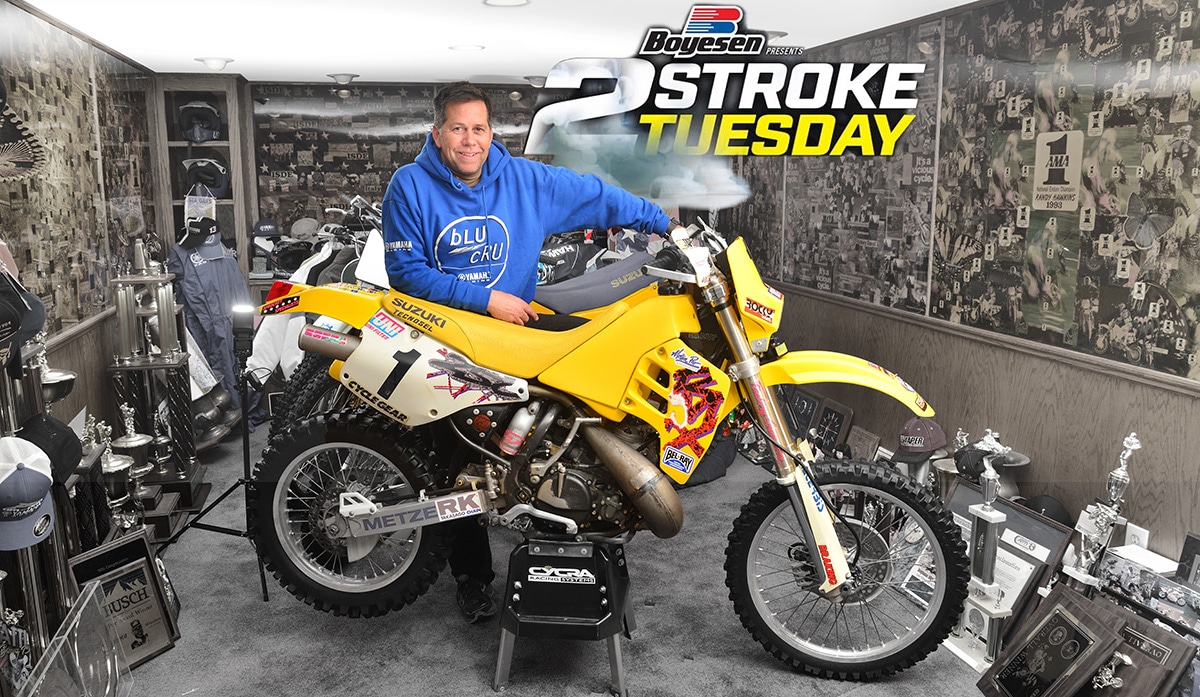 On this week’s Two-Stroke Tuesday we give you a glimpse into the past with off-road legend Randy Hawkins’ 1989 factory Suzuki RMX250 championship winning machine. Man, has factory-level off-road racing changed! We packed 2-Stroke Theater full of  unique off-road projects bikes from the last few years and trust us, you don’t want to miss the exclusive link to our KX300AF at the bottom this post.

After multiple years of testing and sending completely modified machines back to Japan, the factory off-road race team finally got a production off-road model to race in 1989. This production model was naturally based off the MX version but with a larger gas tank, softer suspension, kickstand, softer power delivery, lights and an 18″ rear wheel.  Sound familiar? Yep, a lot of the same things we are seeing in today’s market.

The enduro racing scene has changed dramatically over the years! Time keeping is has become way easier with technological advancements putting the focus on raw test speed now. Check out the custom aluminum bracket made by the team to hold all the equipment needed, now that’s factory.

In 1989 the team used Pro Circuit pipes and Cobra performance spark arrestor silencers. Guys like Randy put Cobra on the map in the off-road motorcycle market. If you rode or raced off-road in the ’80s or ’90s you probably owned a Cobra “Sparky” slip-on spark arrestor or two.

Works Enduro Rider (WER) still offers a similar stabilizer setup for today’s modern bike applications. Yes, that fork sticker says Works Connection and yes, that is the early origins of the very same Works Connection that is still in business today. Some of the players have changed over the years but they still have a dedicated core group. Randy to this day still uses Works Connection suspension for all the riders on his factory AmPro Yamaha team.

Back in 1989 you couldn’t just order wider pegs from companies like IMS. Randy and his mechanic Dale made these masterpieces by cutting the outer ring off another set and welding them together. They might not look like the factory parts we are used to seeing today but Randy said it made a huge difference

Wrap-around hand guards had trimmed down plastic shields and the levers had lines cut into them for improved grip in all types of conditions, full factory off-road circa 1989. Some of the modifications Randy told us about while shooting this bike at his home in South Carolina were mind blowing!

Jeff Slavens was responsible for modification to the top-end of Randy’s race machines. Randy says they ran pretty much the same setup all year long except for one race at higher elevation that Slavens made him a special cylinder and head for. Check out those frame mounted case guards. 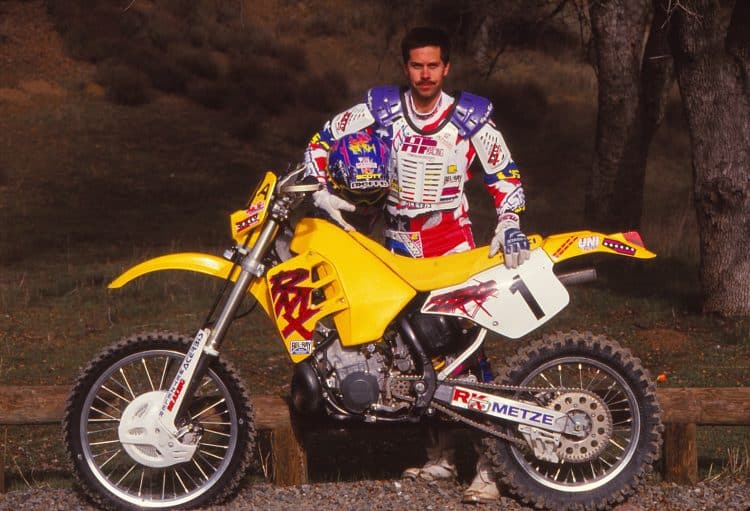 Here is a shot of Randy Hawkins with his factory machine back in 1989. Randy  went on to win four titles for Suzuki mounted on a modified RMX250.

Randy Hawkins parted ways with Suzuki and signed with Yamaha in the late ’90s and now runs the very successful AmPro Yamaha factory race team. In a day and age where sponsors come and go it is great to see people who supported Randy in the early part of his professional career are still apart of his factory Yamaha race team effort today.

If you like the off-road 2-Stroke on this weeks post check out this out this insane KX300AF we built with the crew from Motofab Industries. Click the image below for more. 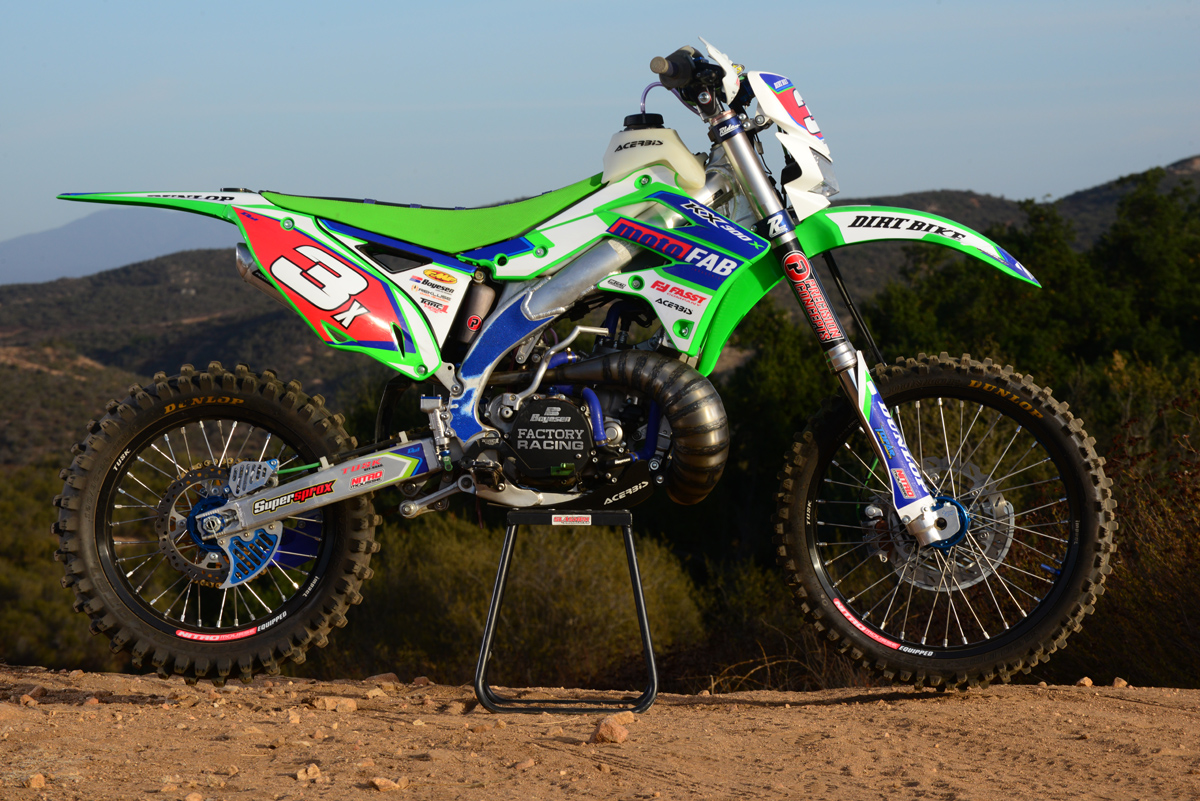 THE WEEKLY FEED: THE ISDE AFTERMATH, WICKED EXTREME VIDS AND AN UNKNOWN HERO