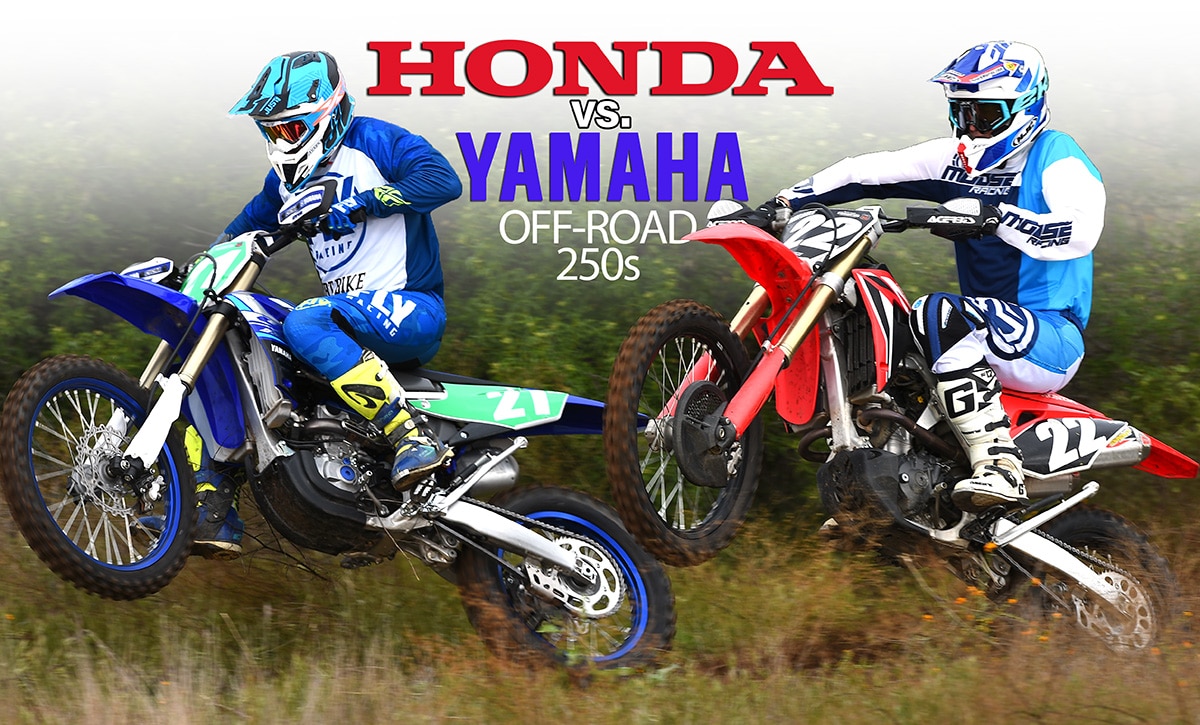 The Honda CRF250RX and the Yamaha YZ250FX are both closed-course competition off-road bikes, meaning they are made for racing. They have competition mufflers without spark arresters and are, in fact, very closely related to the MX bikes in their respective lines. These are the off-road features they have in common:

If you are familiar with the motocross bikes that are the basis for these two off-road versions, you already know most of the story. The Yamaha has a low-end motor; the Honda is a screamer. Having said that, the soft, low-end power on the Honda is no handicap. The Honda’s softer bottom-end delivery is actually somewhat of a benefit. The Yamaha has more torque, but it’s a little jerkier with an on-or-off feel. It also pops on decel. When the revs climb higher, the Honda is more of a hard hitter, and the Yamaha is more linear. In peak horsepower, the Honda has a decisive advantage. The Honda also benefits from better ergos, especially for average-to-tall riders. The Yamaha is a little more cramped with tall handlebars. 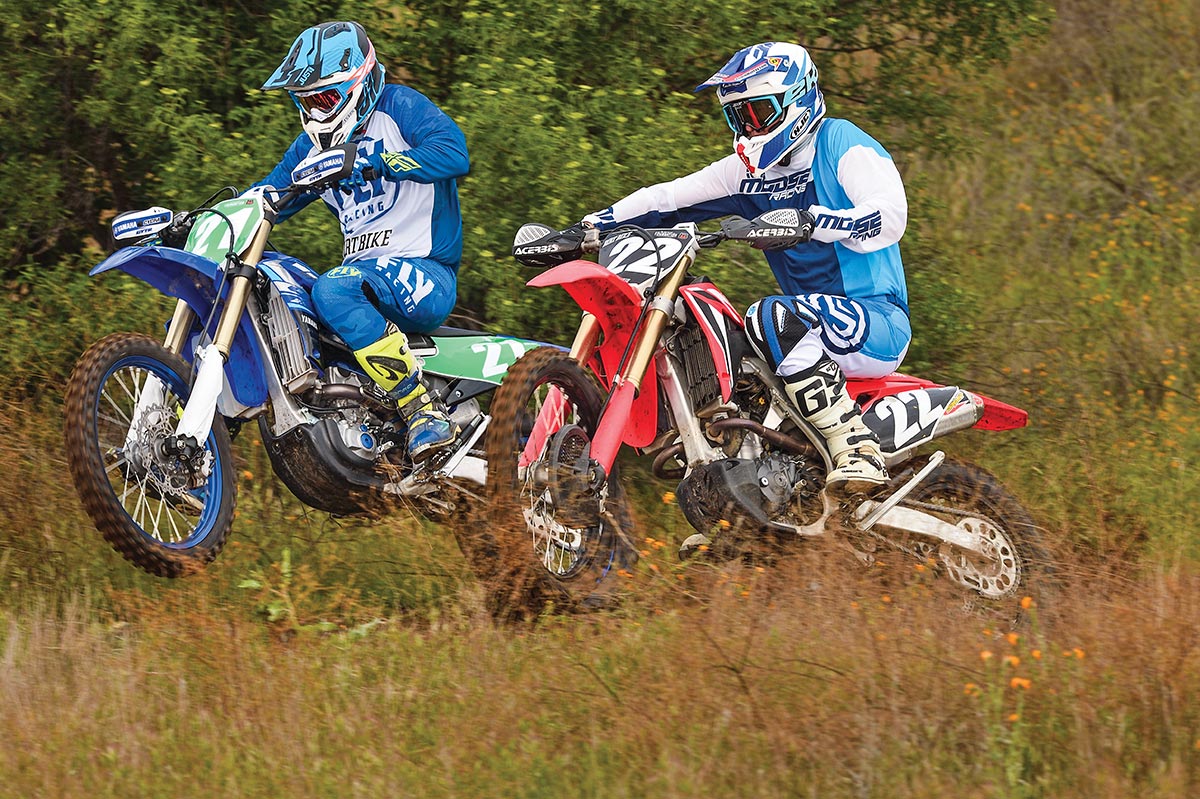 The YZ’s biggest advantages are the clutch and gearbox. On any smallish four-stroke you have to use a lot of clutch off-road, and the Yamaha’s clutch has a super-light pull and consistent feel. The Honda’s is stiff and heats up quickly. We also like the Yamaha’s six-speed. First gear is just about perfect for tight stuff. This is unlike the YZ450FX, which has a first gear that’s so low it’s virtually unusable. The Honda’s first gear is a little tall for tight trails. You could re-gear it, but it already tops out pretty early. The YZ250FX’s six-speed makes it a more versatile bike. Both bikes will go over 50 miles on a tank of gas. The Honda’s tank looks much larger than it really is. Both have outstanding suspension, too. The Yamaha has a slight advantage here, but only because the Honda makes an odd topping-out sound. 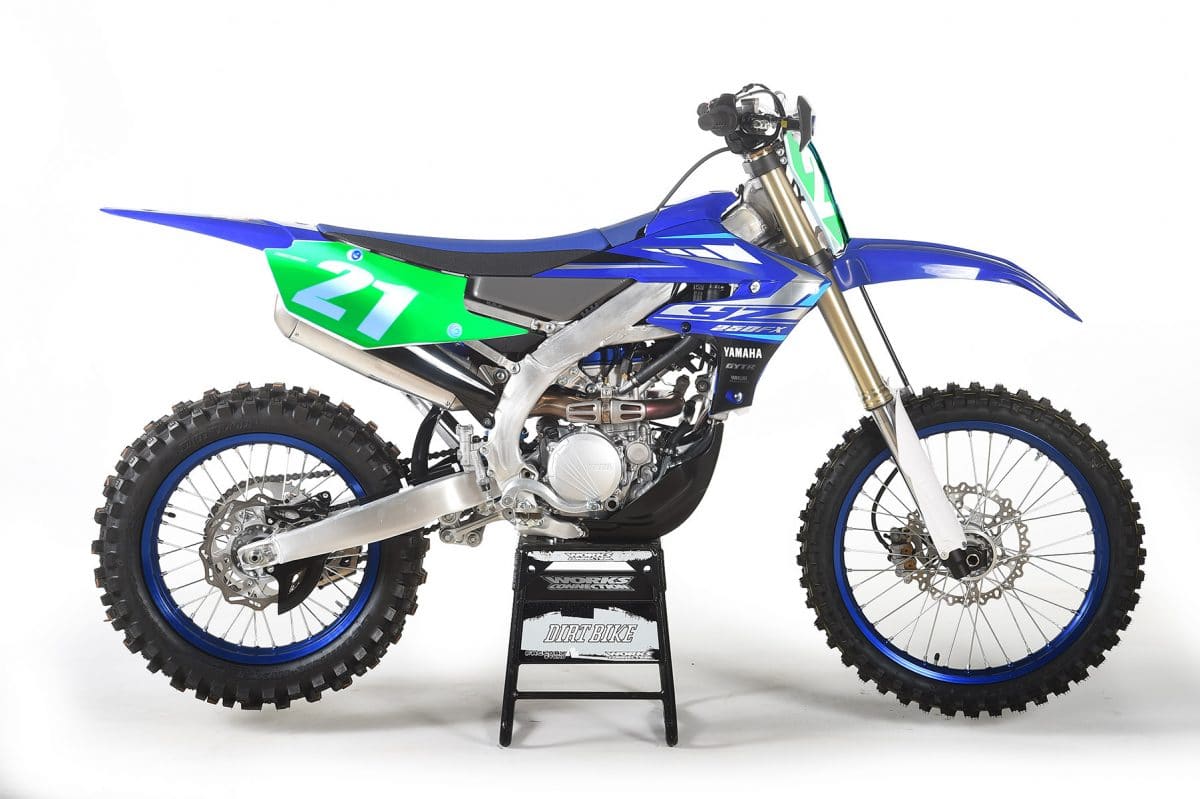 Which do we prefer? For most trail rides, we find the Honda more comfortable, easier to ride and more powerful. Most of that could be addressed with EFI tuning; something that Yamaha makes very easy with the Yamaha Power Tuner app. The real story here is that both are outstanding trail bikes, which is something that we don’t expect from repackaged racers.