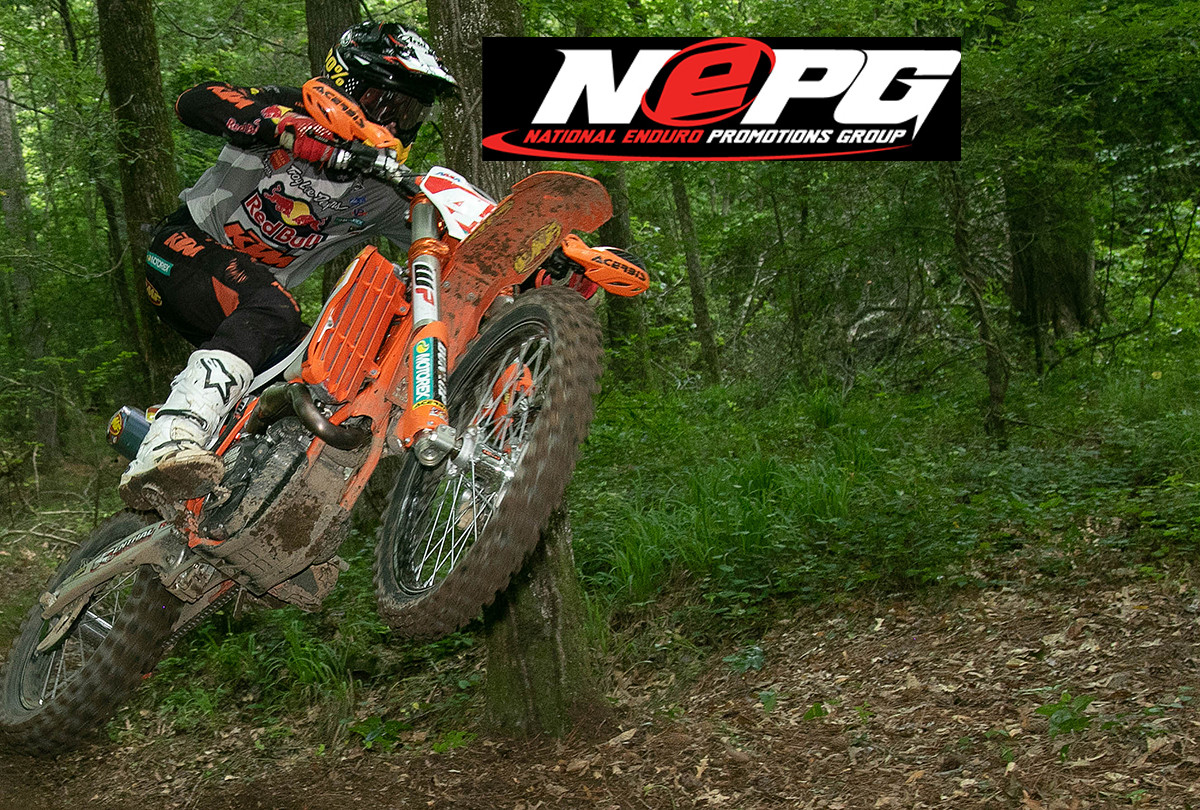 After breaking his leg just before the opening round of the Kenda AMA National Enduro Series in February, FMF/KTM Factory Racing’s Josh Toth recovered enough during the four-month layoff to come away with an impressive victory at round two of the series, the Cherokee National Enduro, in Greensboro, Georgia, in his debut National Enduro race of the season.

Because of the pandemic, the Kenda AMA National Enduro series has been off for four months and it came back in Georgia with superb trail and using social distancing and other preventative guidelines.

Toth kicked off the event by winning the first four tests of the six-test, 70-mile race, and finished off the event with 46 seconds to spare over runner-up Grant Baylor on a FactoryONE Sherco.

Toth said “going into the last test it was so tight. I just had a little mistake. I don’t know really what happened. Sent me into a big tree and wadded up. I had a big crash. The track was so tight and physical. At the end I couldn’t catch my breath. Once you stopped, the heat hit you so hard. I was really gasping for air and struggling to finish that last test. But luckily, I had a cushion and was able to get the win.”

Baylor got off to a slow start to the day, and trailed Toth by a minute-and-a-half heading into the final test, but cut into that gap considerably with a clean and fast ride to finish off the day. The surprise performance of the day went to Ryder Lafferty, who put his XC Gear/Enduro Engineering Husqvarna into third overall. FMF/KTM’s Ben Kelley finished fourth in his first race since having shoulder surgery with Gnarly Routes KTM pilot Russell Bobbitt finishing fifth overall.

The Kenda AMA National Enduro Series returns to action on July 28 in Cross Fork, Pennsylvania, for the Rattlesnake National Enduro. For more information go to www.nationalenduro.com.