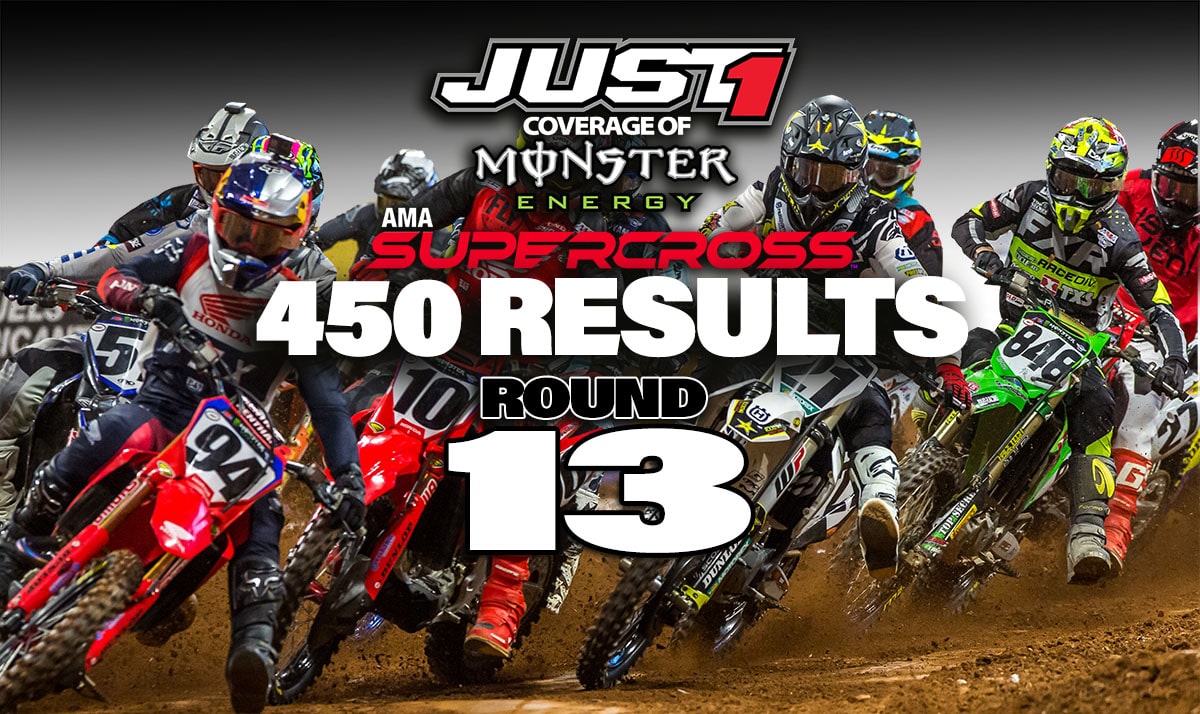 Cooper Webb grabbed the hole shot followed by Roczen. Brayton sat in third, with a track that was hugely rutted and technical. Roczen passed Webb went the KTM pilot made a mistake and Ken showed great speed in the whoops once again. Malcolm Stewart came on strong, passed Brayton mid way and one lap front the end Roczen suffered a mechanical (possible flat rear) and let Webb back 2020 for the heat win.  Justin Brayton finished third, Dean Wilson fourth and Benny Bloss in fifth.

Zach Osborne grabbed the start, Anderson second and Friese in third. Barcia pushed hard getting by Plessinger and Friese. Tomac was near the back of the pack at the start moving to fifth  by halfway. Anderson passed Osborne for the lead, Plessinger repassed Barcia looking  strong.  Anderson went on to win, his first heat race victory since 2018. Tomac passed Pllessinger and Barcia in one swoop moving into third behind Osborne.

Snaring the main event hole shot goes to Osborne, tailed by Webb. Tomac is in third, Roczen is in fifth. Osborne and Webb are duking it out hard, with Webb finally winning out while Tomac sneaks into second. Webb and Tomac are pulling out a lead over Zach, who looks pretty strong. Roczen is going backwards, as Anderson tags him hard and blows by the Honda rider. Tomac blitzes Webb in the whoops in a classic pass. Tomac is on a mission. Webb is second, eight seconds in front of Anderson who’s in third place. Roczen appears to have hit the wall again as Mookie smokes by in the whoops.