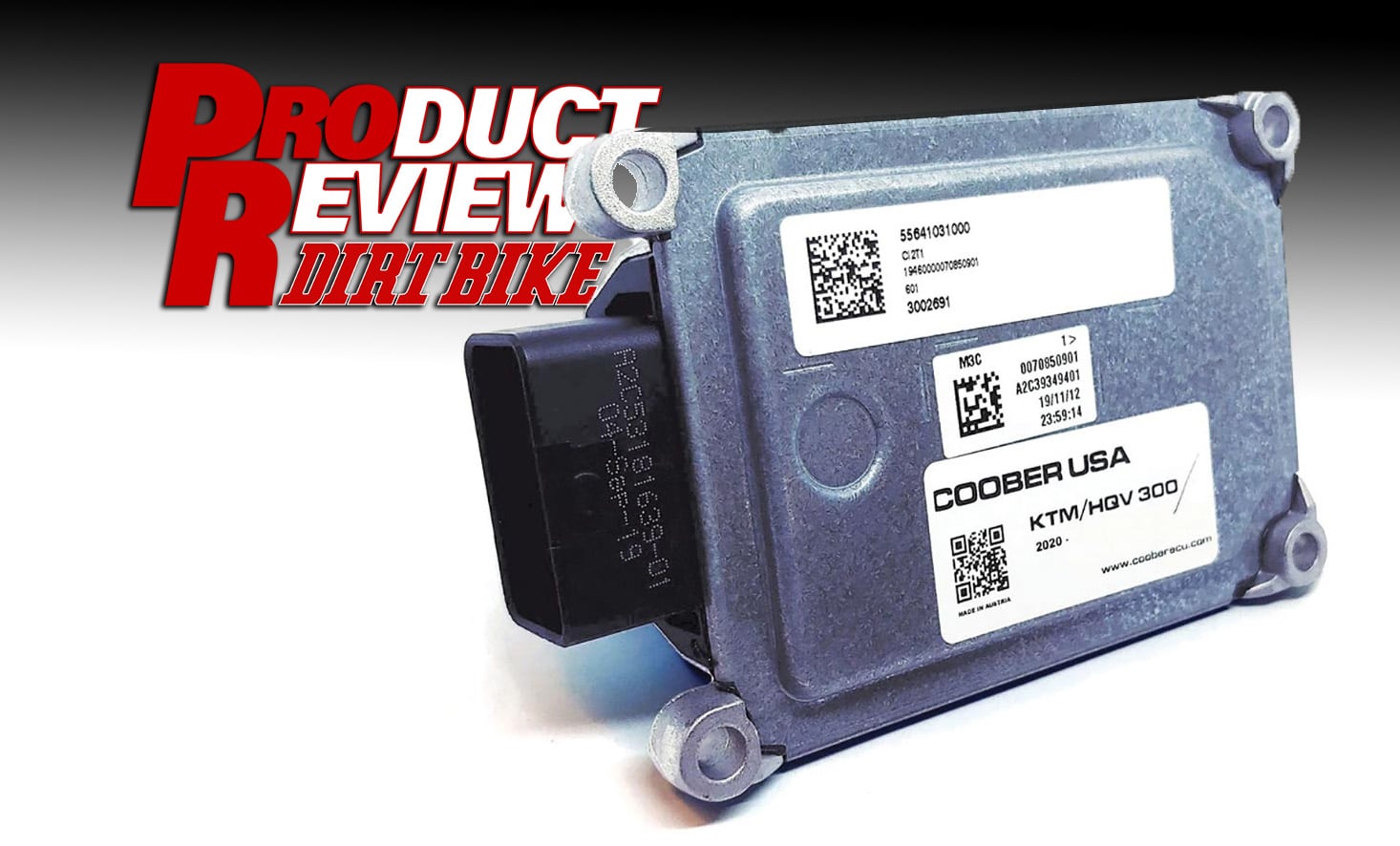 COOBER ECU
We are huge fans of TPI technology: no jetting required, no pre-mixed gas and oil, and, for the most part, clean and immediate power. But, if there’s one gripe, it is that the TPI versions do not make quite the same power as the carbureted versions. The Coober ECU changes that by raising your TPI’s power level. It optimizes the power delivery and delivers safe fueling (correct air/fuel ratios) for longer engine life with increased power from off-idle to high rpm. Map 1 and 2 offer a more noticeable difference between the maps than the OEM maps. 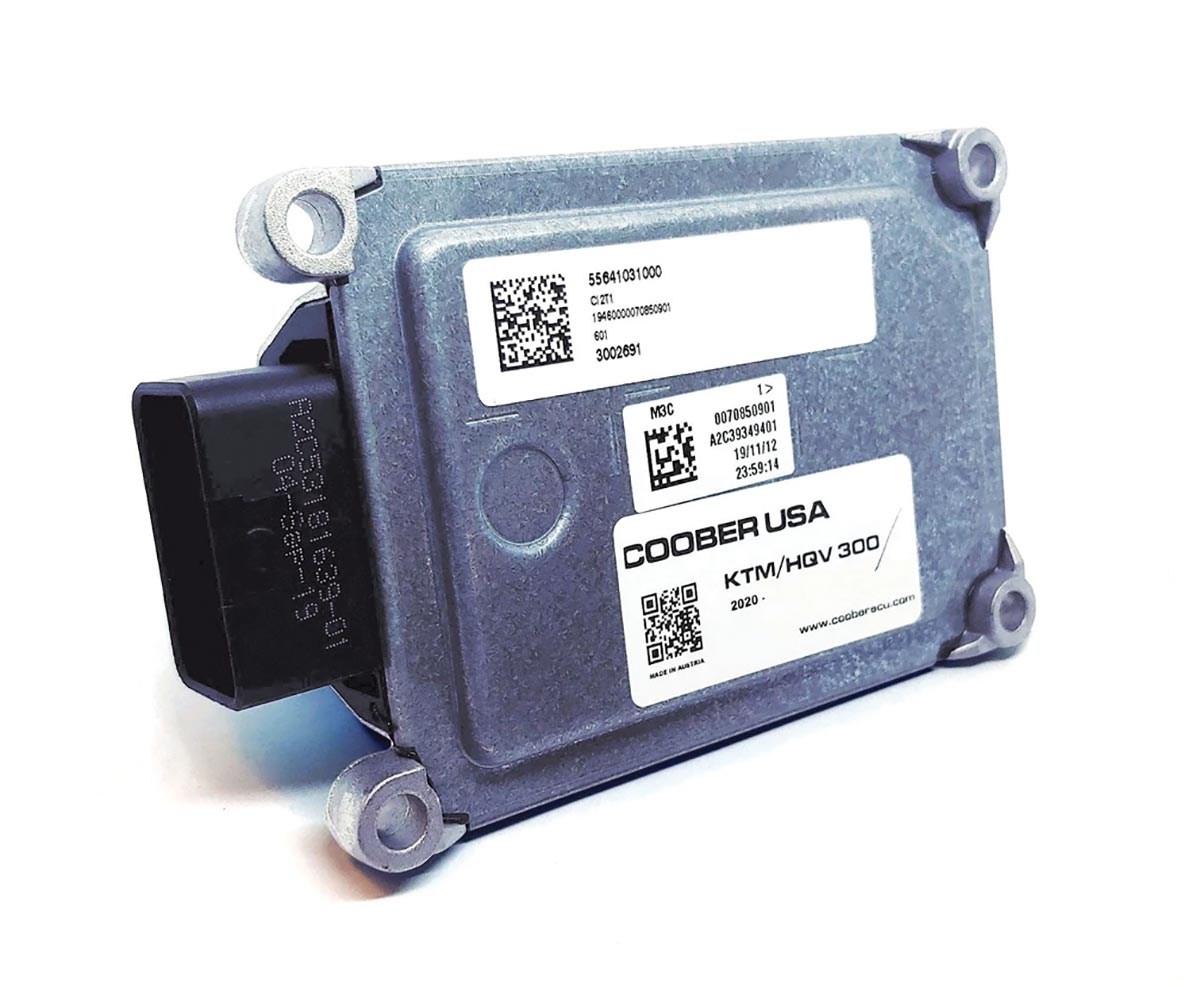 To be honest, we were a bit skeptical about Coober’s claims until we swapped it out on the trail with the stocker. Plugging in the Coober ECU is simple, and the power increase is immediate and outstanding! It maintains the nature of the stock powerband but is meatier in all areas. You really notice the roll-on hit the bike gains when hill-climbing or loading the motor. It maintains a stronger and broader flow of power without falling flat, which is a tendency with the stock ECU. The added bottom-end power is always welcomed, as we love riding hard enduro and always searching for increases in this range. We were able to carry a gear higher and didn’t have to rely on the clutch as much as before. The Coober ECU performs superbly with the stock head and (read down a bit) will also work for riders looking to add compression via a new or modified head. 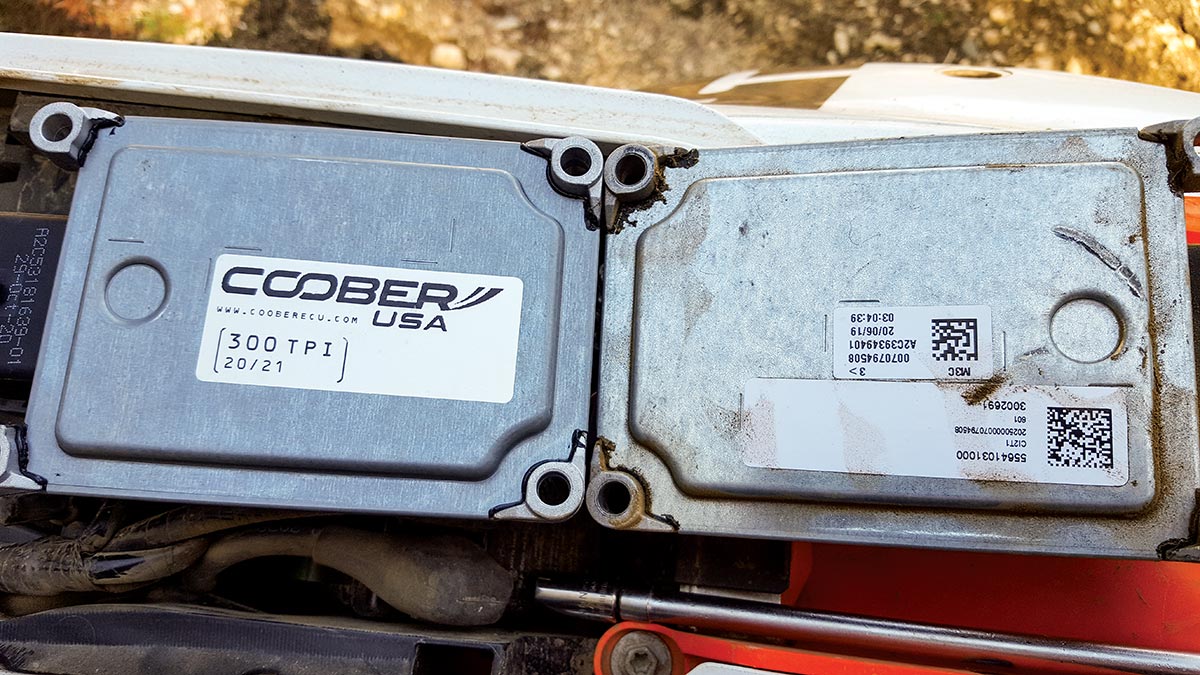 While it’s not programmable, the Coober ECU is plug-and-play, and it flat out works! At $649.95, it’s more cost-effective than a programmable ECU, and, while a bit pricey, it proved to be one of the best performance mods we made to the 300.
Price: $649.95
Contact: cooberecu.com