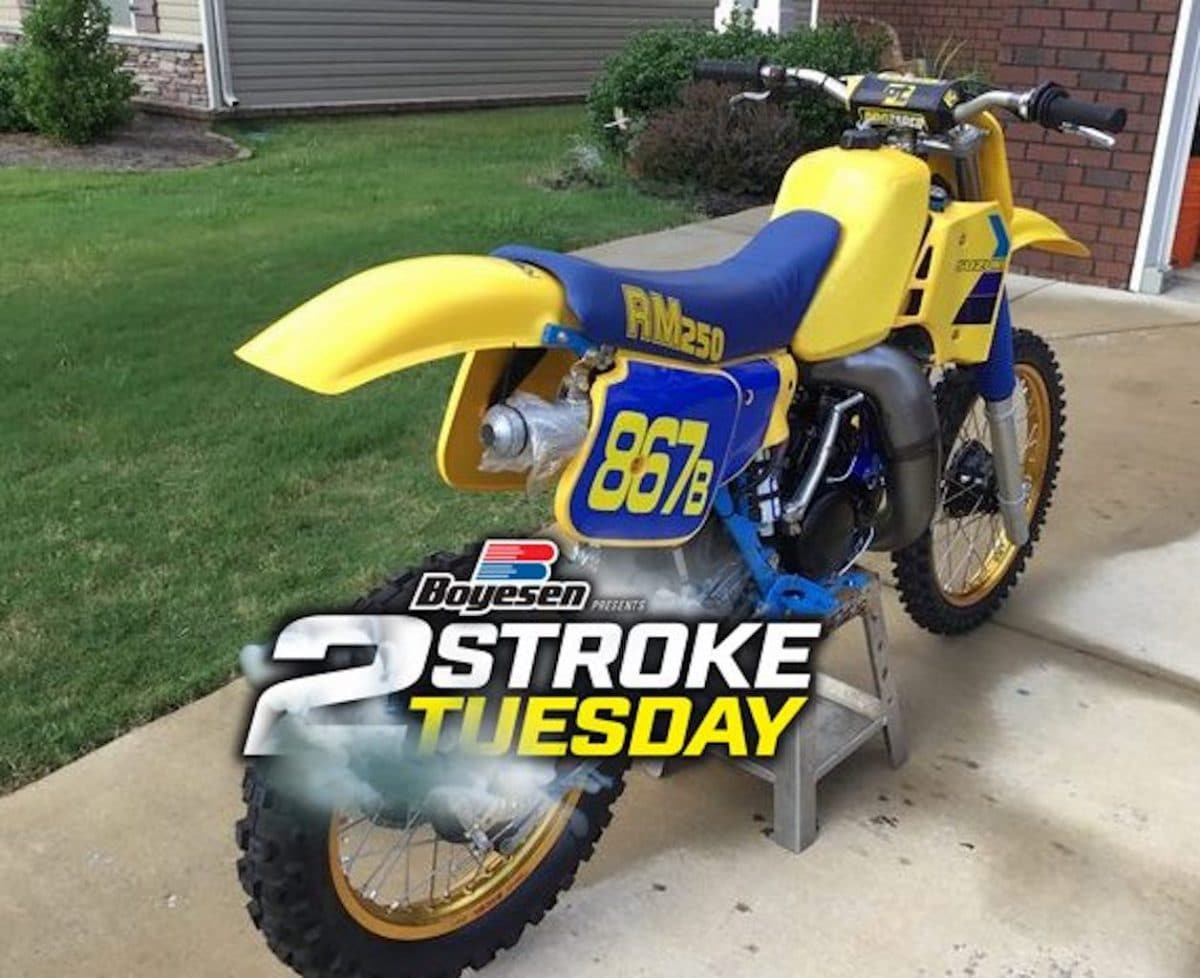 On this week’s Two-Stroke Tuesday we give you a behind the scenes look at John Croley’s restoration of a 1984 Suzuki RM250 in his own words. This rebuild features an OEM Suzuki parts find that will blow your mind. As always 2-Stroke Theater is packed with premix burning machines playing that sweet music for your ears. Suzuki two-stroke lovers don’t miss the exclusive link at the bottom of this post! 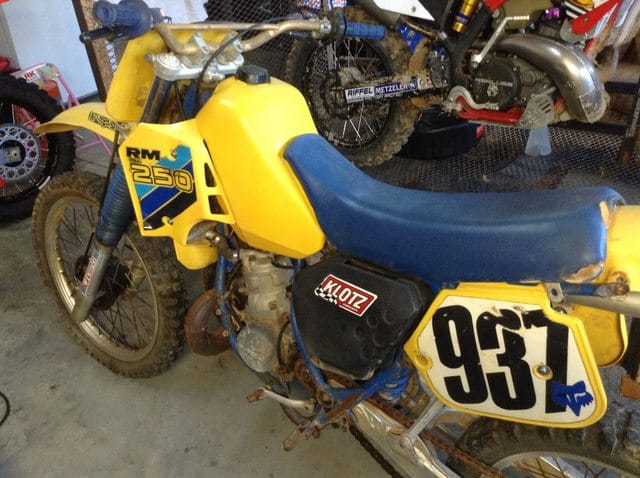 After 14 months John just completed a restoration on a 1984 RM 250 E. “I have always been obsessed with the RA /RH works bikes and I loved the 1984 RM 250 Production Factory Replica. The 84 RM seemed like a mix of European Grand Prix racing philosophy and Japanese Engineering innovation, specifically drum brakes and full floater rear suspension in the same design. The 1984 Dirt Bike test crew struggled with the lack of power because of the small 36mm Mikuni carburetor and the porting. I pondered the “what if” question. what if the RM had a modern Keihin 38mm Airstriker carburetor with Pro Circuit engine work, would that bring the beast alive?” 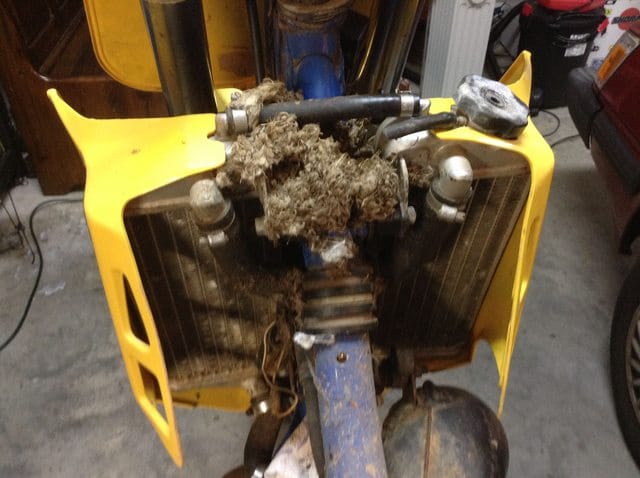 As you can see the bike had some surprises for John during tear down. 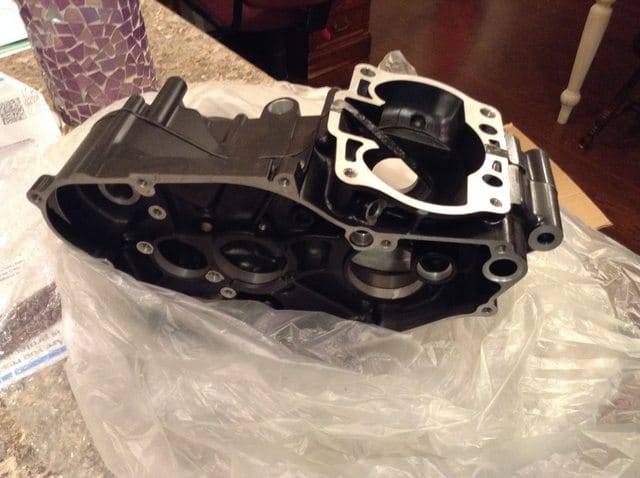 “I found a a brand new set of oem Suzuki Engine Cases with clutch cover and crank assembly and some plastics sitting  on the shelf of a Suzuki dealer in Finland.(Yes Finland.)” 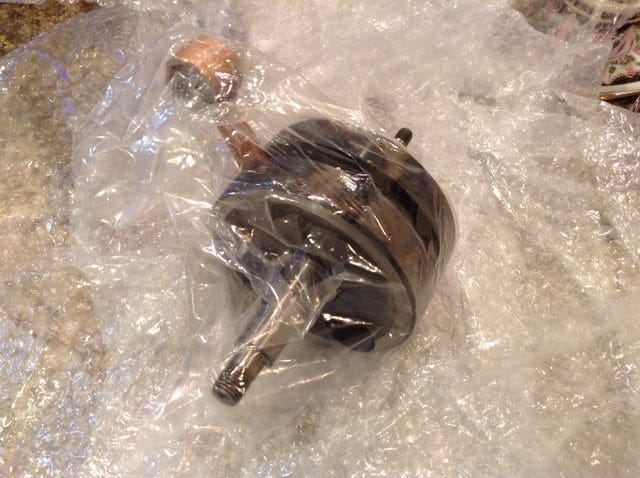 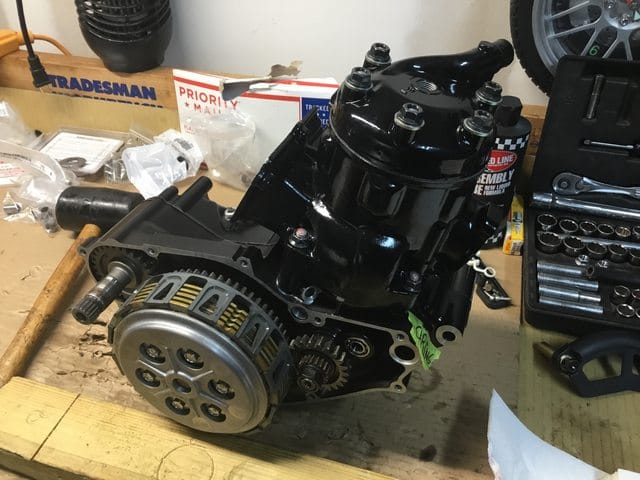 “Josh at Pro-Circuit machined the head, bored and ported the cylinder and fitted a Wossner piston. Also, Boyesen reeds with Keihin 38mm Airstriker carburetor were installed. I installed an alloy Mitaka clutch basket with a new clutch pack.” 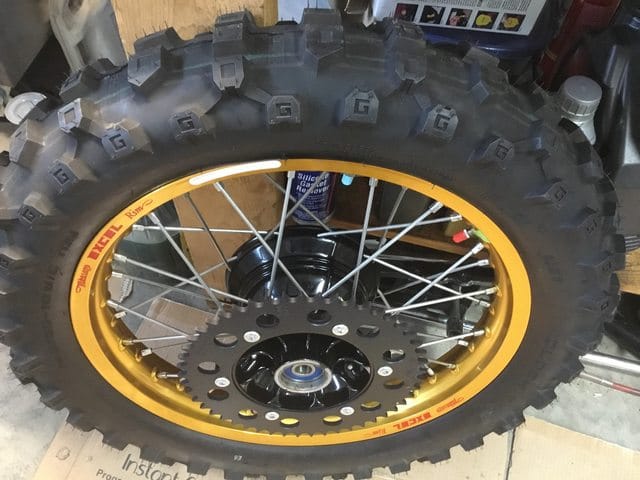 New Excel rims with Buchanan Spokes and Tubliss with Goldentyres, gummy 523x on the rear and razor enduro on the front. 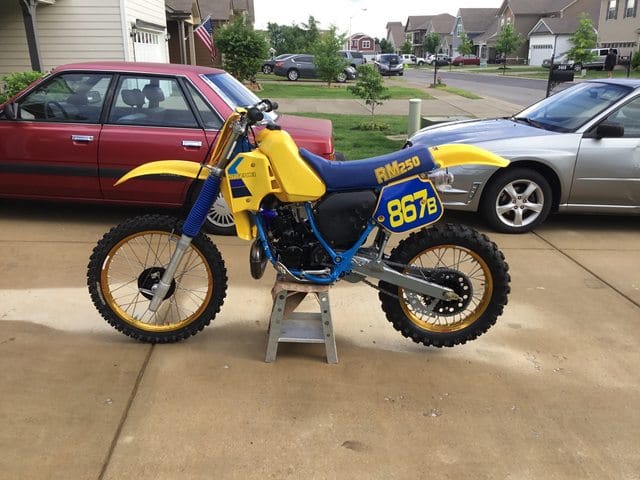 “After a complete restore this is what she looks like now. All new Suzuki Oem Parts except when superior aftermarket part was available. BikeGraphix backgrounds and numbers. Reused bolts and axles were cad plated. Wider 1998 RM 250 footpegs were installed.” 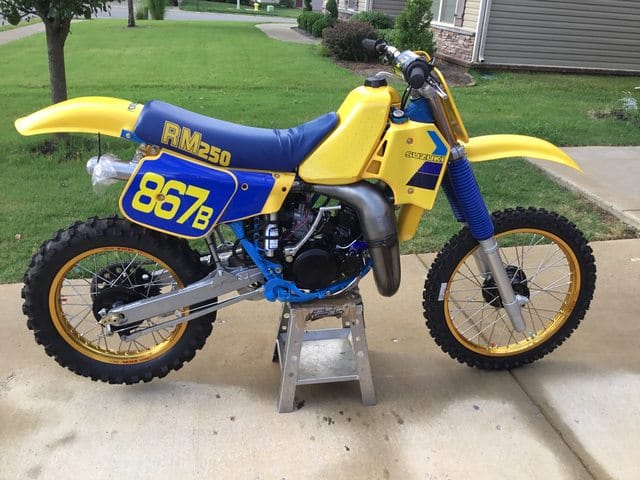 “The stock pipe and silencer were in great shape and they just needed some refinishing work. Drew Smith at Works Enduro Rider revalved and rebuilt the suspension and fitted Racetech Emulators.Rear shock and forks were hard anodized. EBC grooved brake shoes installed on front and rear. At the end of the build she started on the 2nd kick. She is a blast to ride, good smooth bottom end for tight woods, but just touch the clutch with one finger and she will rip and snarl like an open bike. I was completely shocked, she almost scary fast, I don’t know for certain but she must put out 50 plus horse power at the rear wheel. The Full Floater suspension is AWESOME, she just hooks up and absorbs up trail hack.”

Below is the John’s finished product running:

If you like the 2-Stroke Suzuki featured this week check out this 2001 RM125 project we did. Click the image below for more! 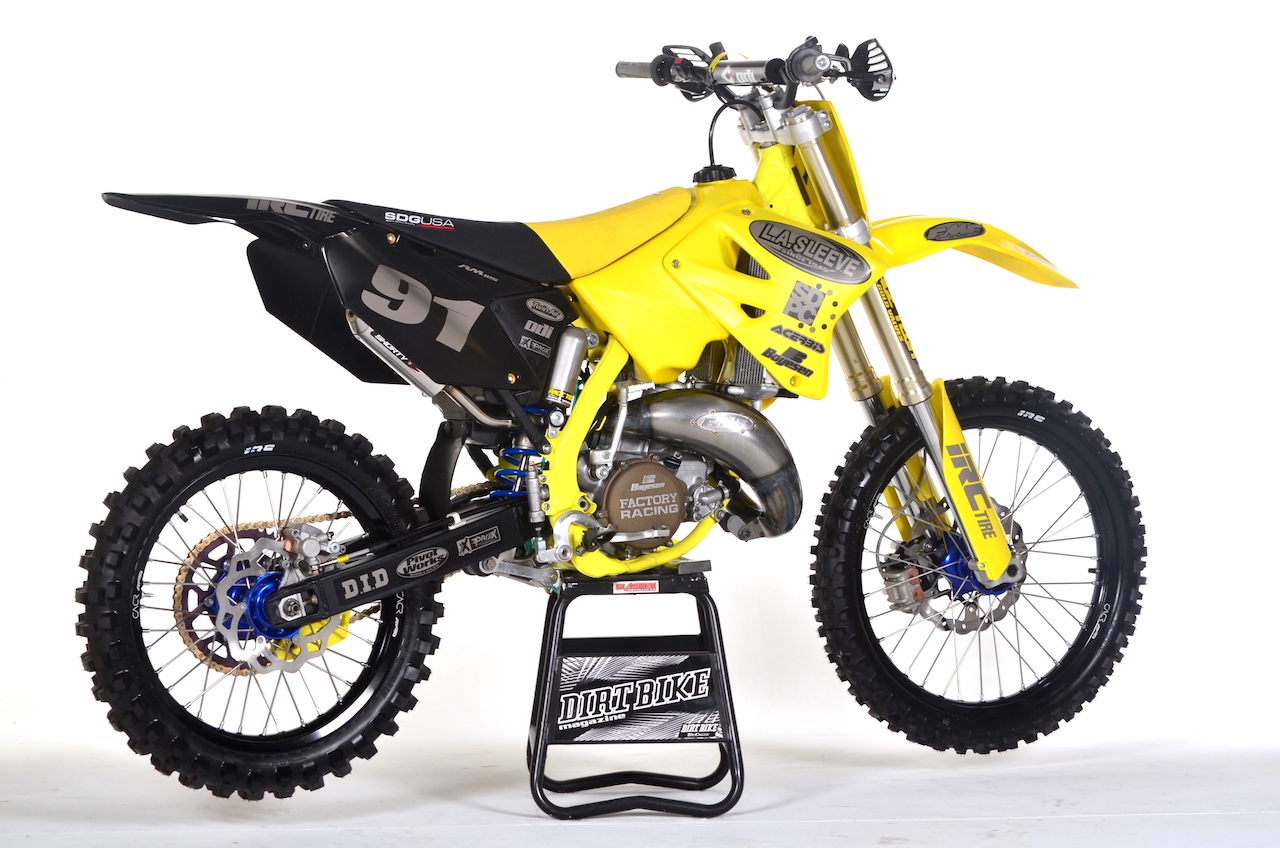