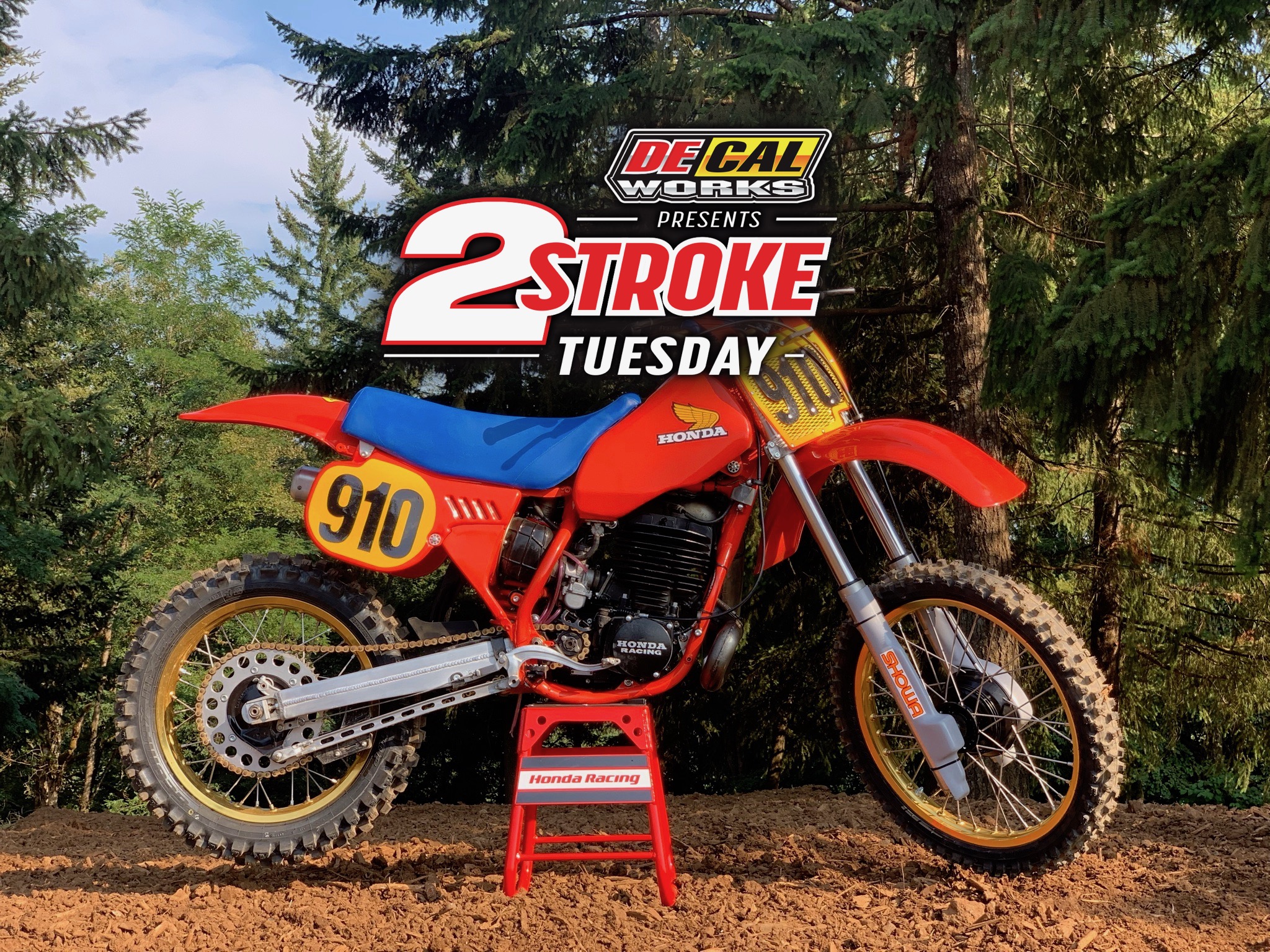 On this week’s Two-Stroke Tuesday brought to you by Decal Works we give you the exclusive first look at a 1983 Honda CR480R build done by Carson Brown and the legendary fabrication crew from BBR Motorsports. This machine is probably the closest anyone has come to recreating the factory bike raced by Honda pilot Danny”Magoo”Chandler . We keep the vintage Honda two-stroke theme going in our 2-Stroke Behind The Build section with Dirt Bike editor Ron Lawson’s 1995 CR250R project. 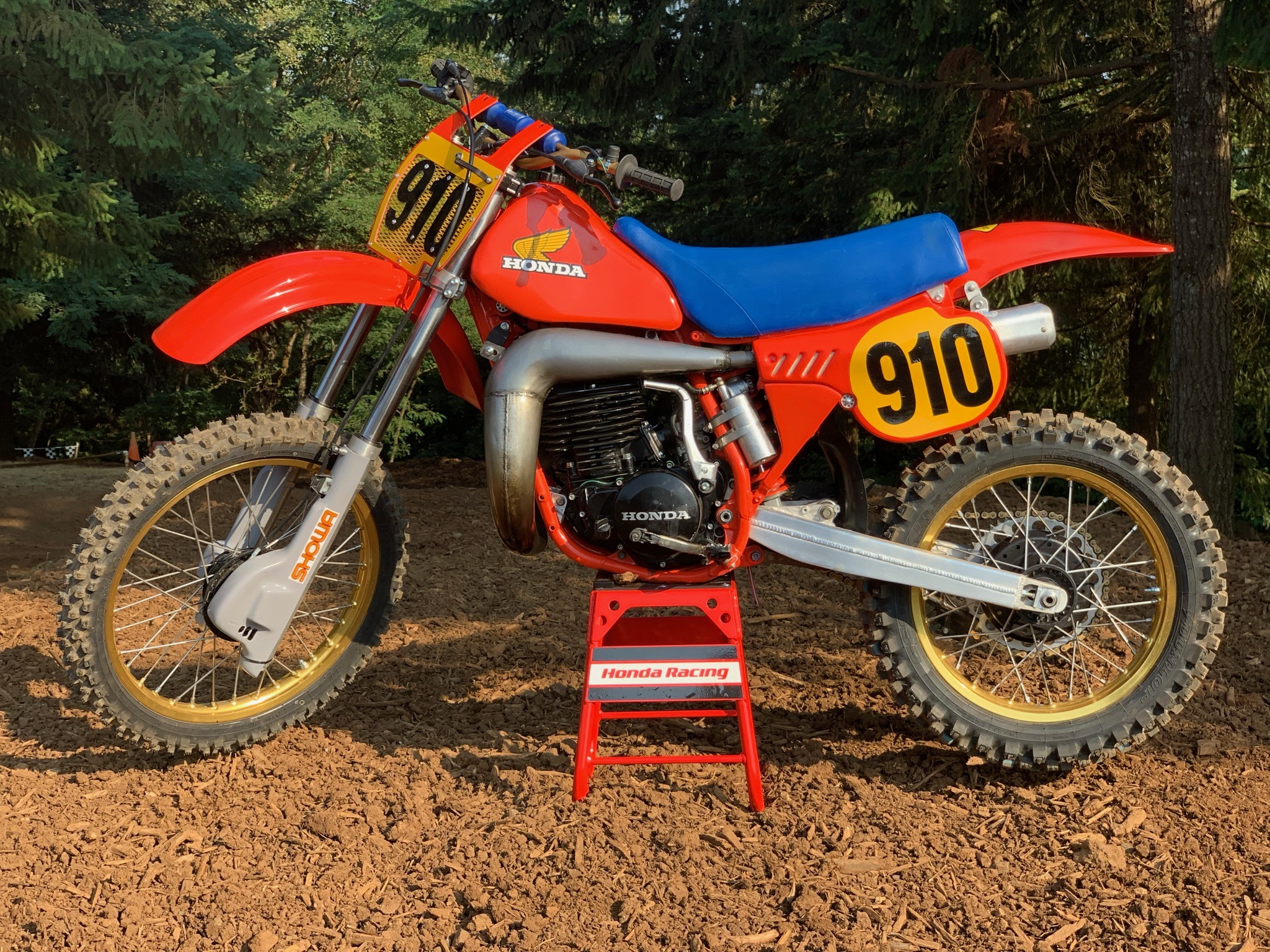 At a glance this might just look like a really good restoration but when you look closer the custom fabricated parts start jumping out at you. Pay close attention the gas tank, swingarm, subframe and exhaust. 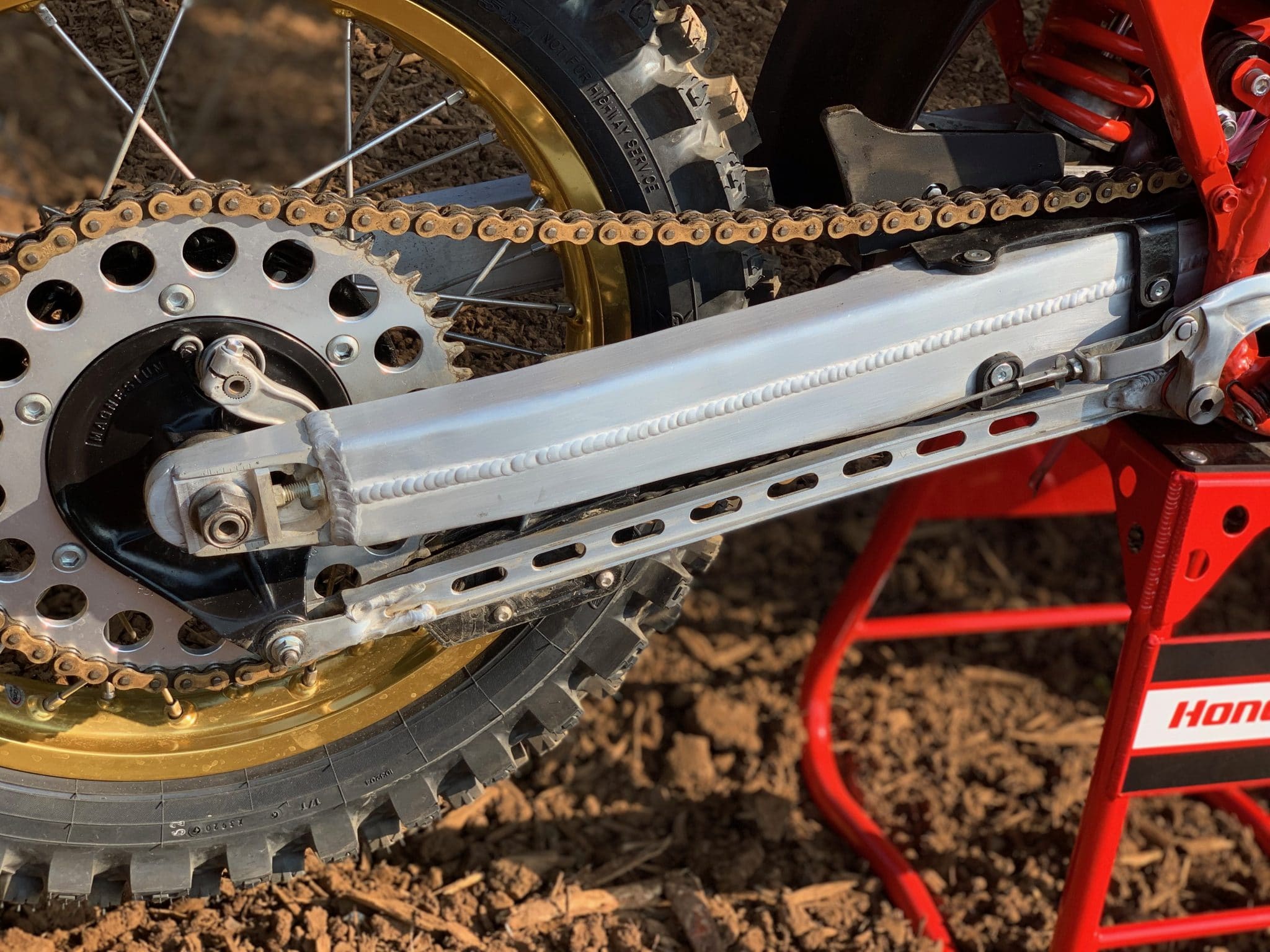 Not very many people can just produce a swingarm like this. In 1983 this was something only done by a handful of people in the world, not much has changed in almost thirty years but luckily BBR Motorsports and Dewayne Brown were involved in this build. 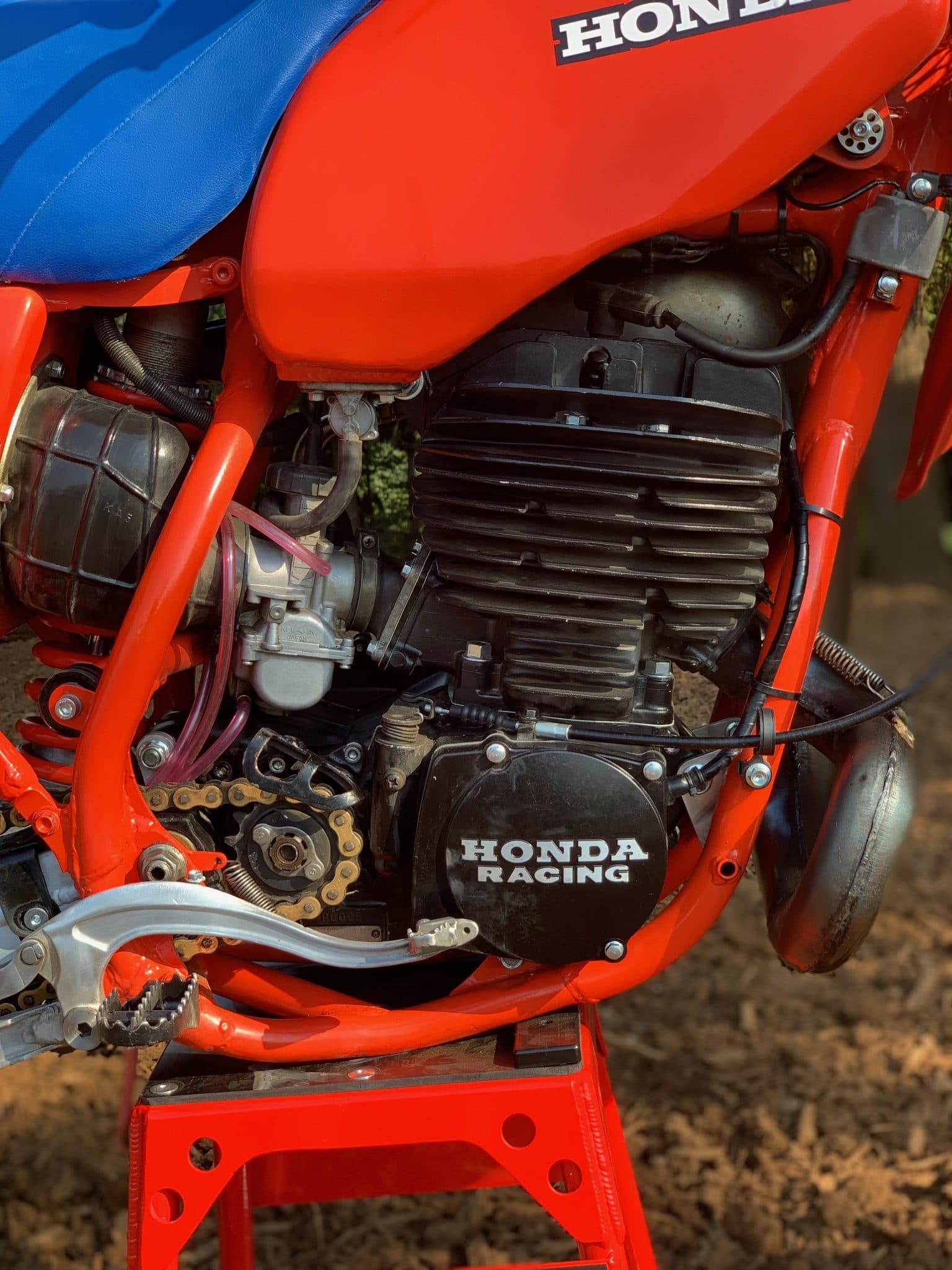 You can’t just go to your local Honda dealer and get an engine rebuild kit for this particular machine. Lots of research was involved in finding parts and when we asked about internal specs all we got was a smile. 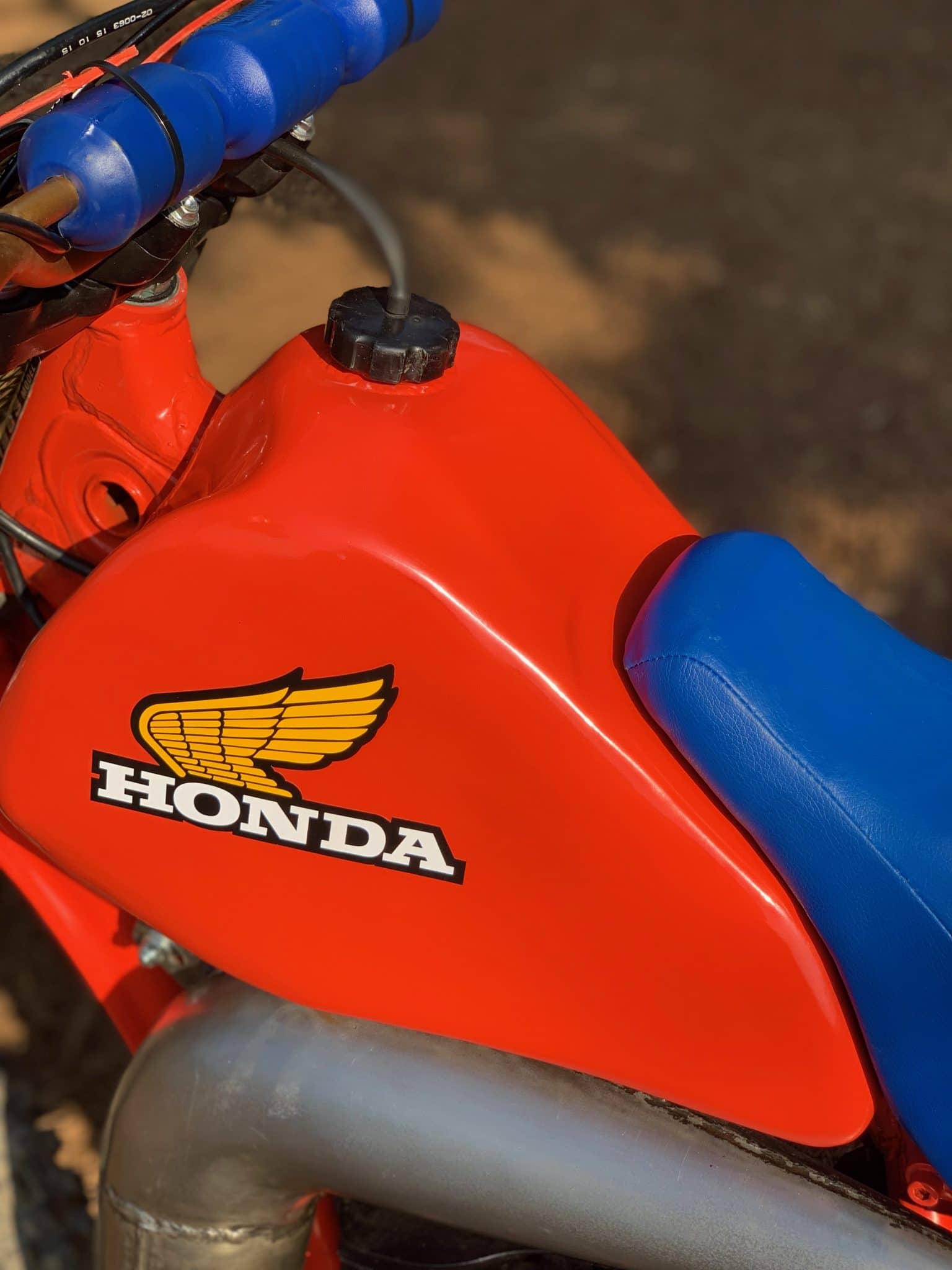 The tanks is aluminum and 100% hand fabricated. If you look close the gas cap is off an earlier year CR identical to Chandler’s factory machine. 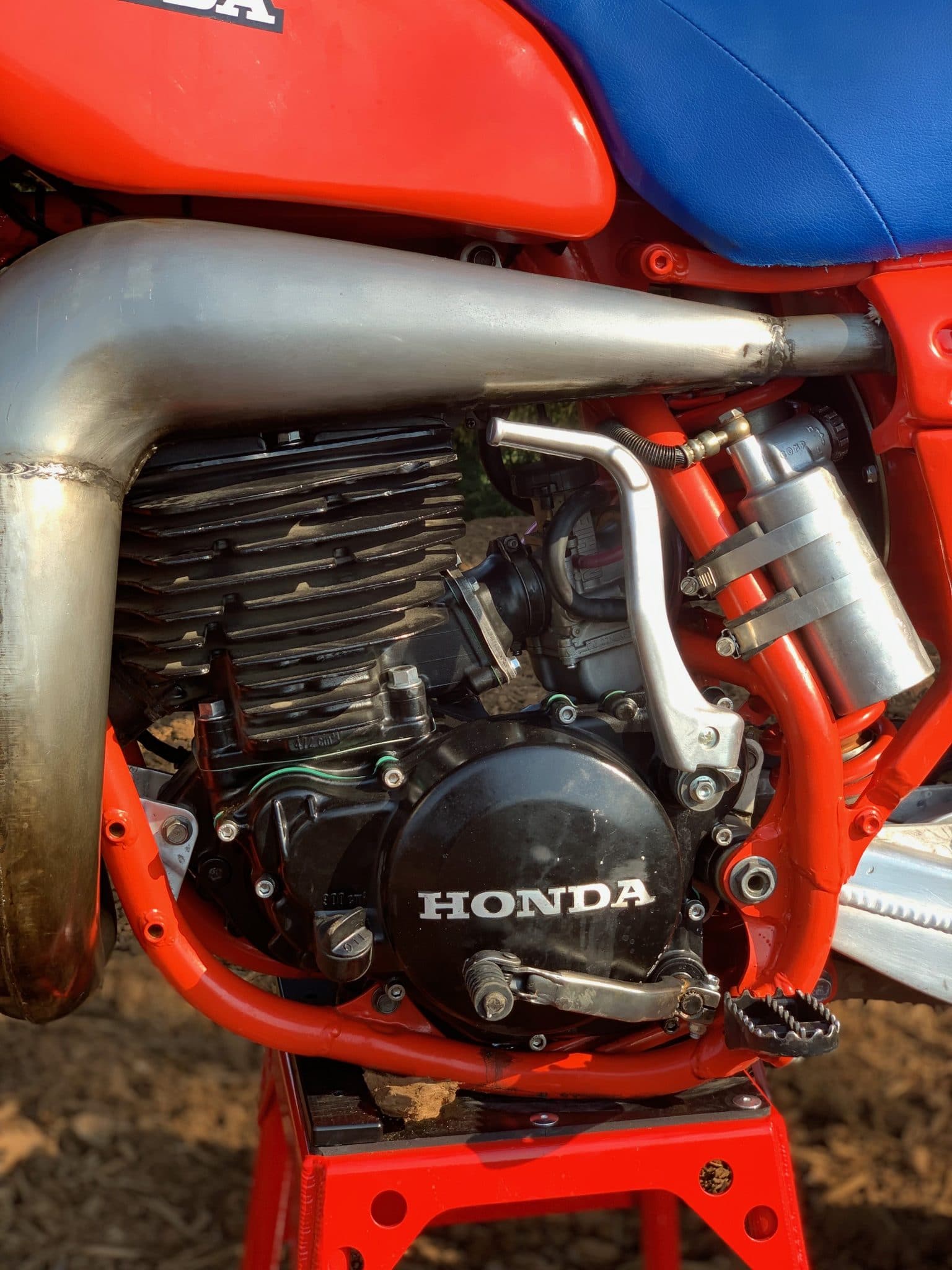 Although it might not look like it the exhaust also received lots of attention with the silencer being completely reworked to match the look and feel of the unit used on the factory bike. 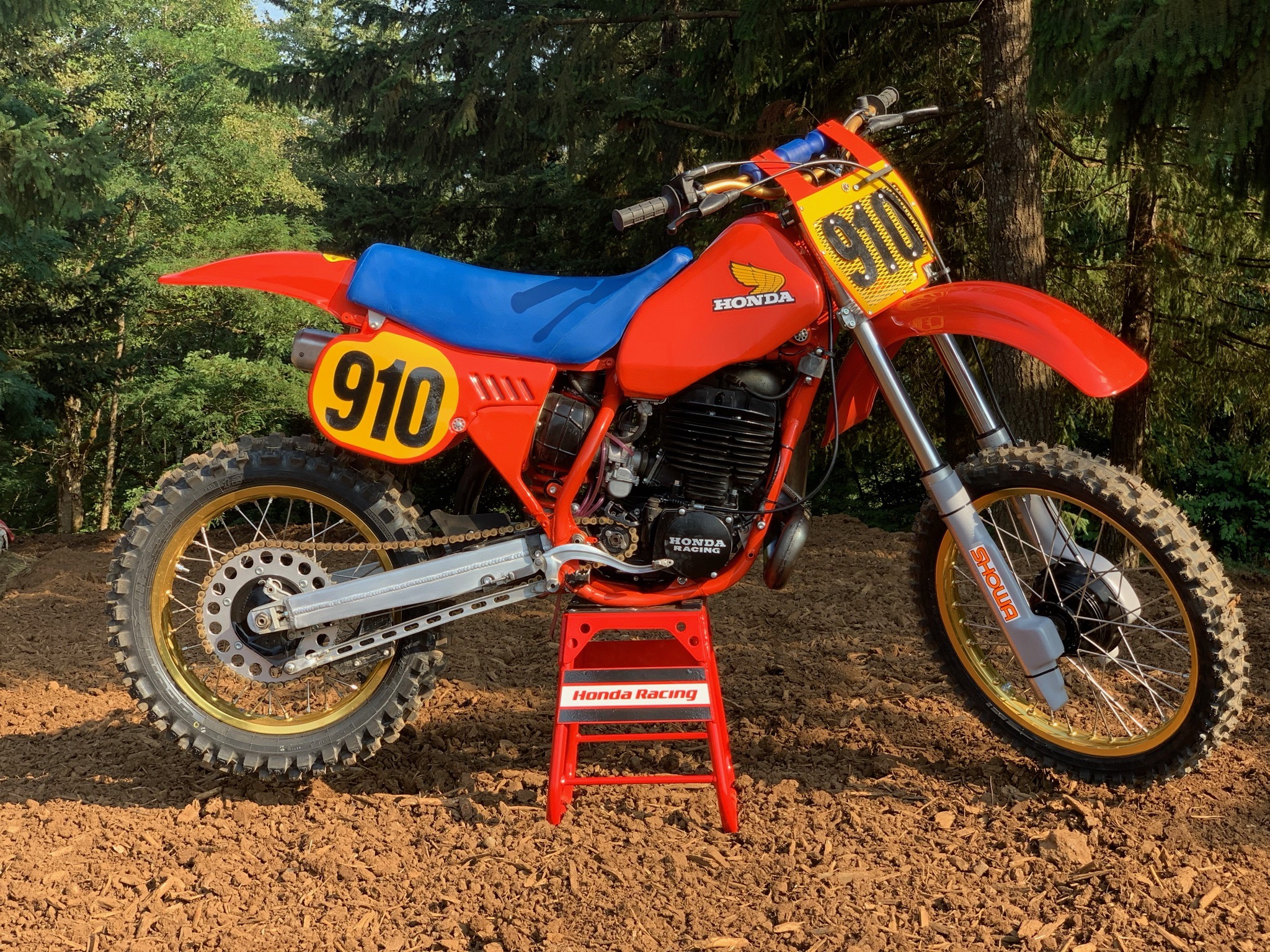 The most overlooked custom part on this machine is the subframe that incorporates the airbas well.  Don’t worry we will have a complete story on this build in an upcoming issue of Dirt Bike Magazine and of course a Travis Fant produced video featuring Carson Brown doing unimaginable things at the controls. STAY TUNED FOR MORE.

Twenty-three years can be a long time. Or not. When it comes to the evolution of motocross bikes, it depends onwhich 23 years you’re talking about. No bike illustrates that better than the 1995 Honda CR250R. The designs and concepts used on that bike are still alive and well on two-strokes today. Some might even say we’ve made no real progress since then. CLICK THE IMAGE BELOW FOR MORE!