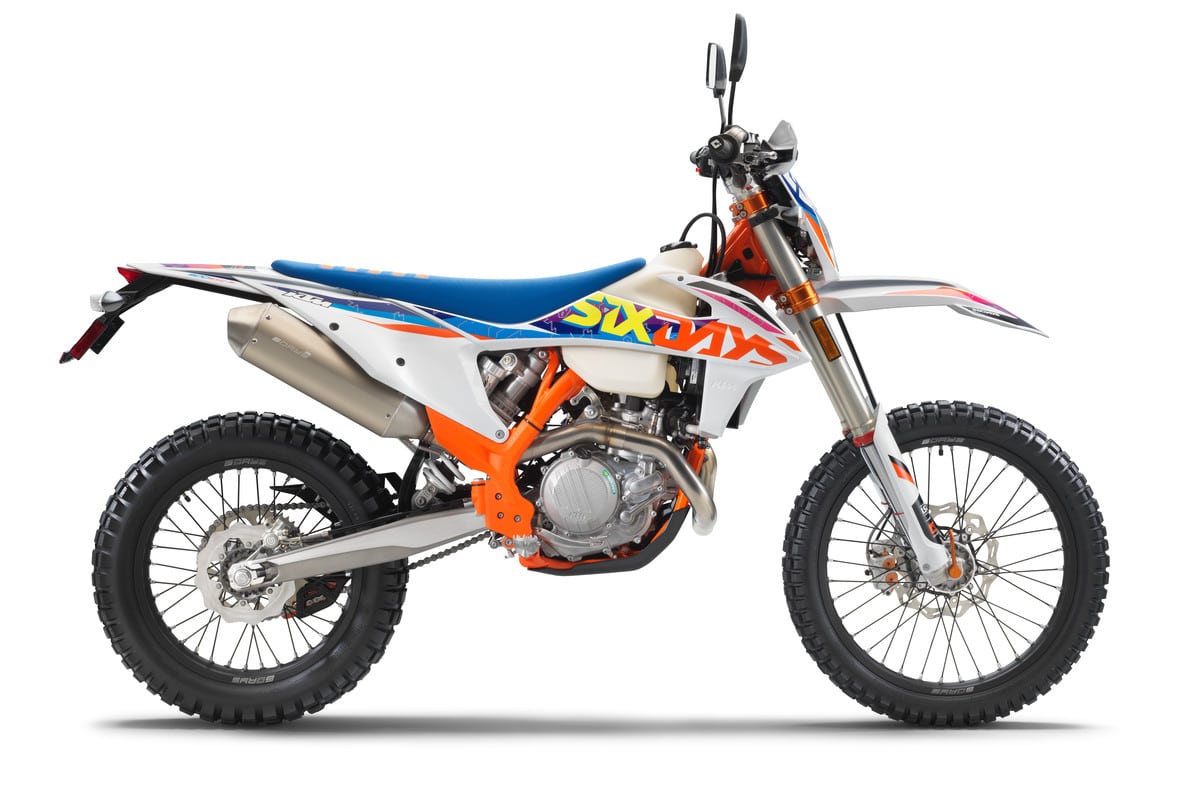 Share FacebookTwitterGoogle+ReddItWhatsAppPinterestEmail
KTM just announced the Six Days Edition of its big dual-sport bike. Unlike previous years, the bike will be a 500 rather than a 450 for 2022. The official release from KTM follows:
Excellence in racing is often celebrated in the KTM family with dedicated and upgraded special edition models, and the KTM 500 EXC-F SIX DAYS is nothing less than a celebration of the brand’s decades of success at the FIM International Six Days Enduro (ISDE). Honoring its ISDE credentials with a distinctive color scheme and optimum race-focused components to greatly refine its specification and READY TO RACE DNA, KTM North America, Inc. is pleased to introduce this special dual-sport machine ahead of the 95th edition of the prestigious event taking place later this month in Lombardy-Piedmont, Italy. 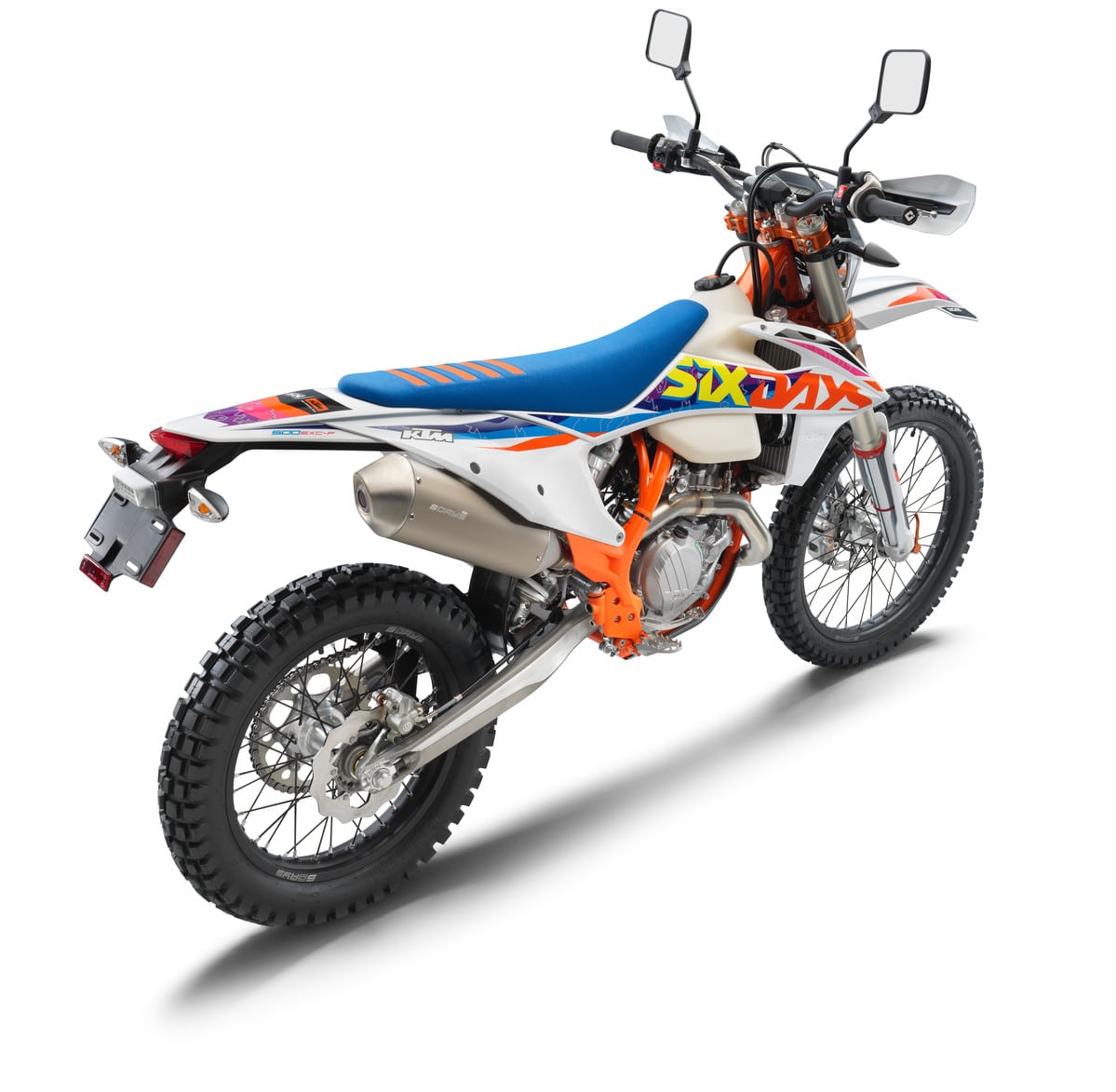 Produced in limited numbers and oriented for the true KTM ‘orange bleeder,’ the KTM 500 EXC-F SIX DAYS’ designers have gone bold with the introduction of a striking new colorway that perfectly mixes elements of a modern world map with a head-turning retro style. The chassis is also enhanced for 2022 with firmer, sportier settings on the WP fork and rear shock, improving its high-speed performance. Featuring a long list of race-inspired parts as standard, the 2022 KTM 500 EXC-F SIX DAYS is ready to take on the most grueling terrain imaginable right out of the crate. 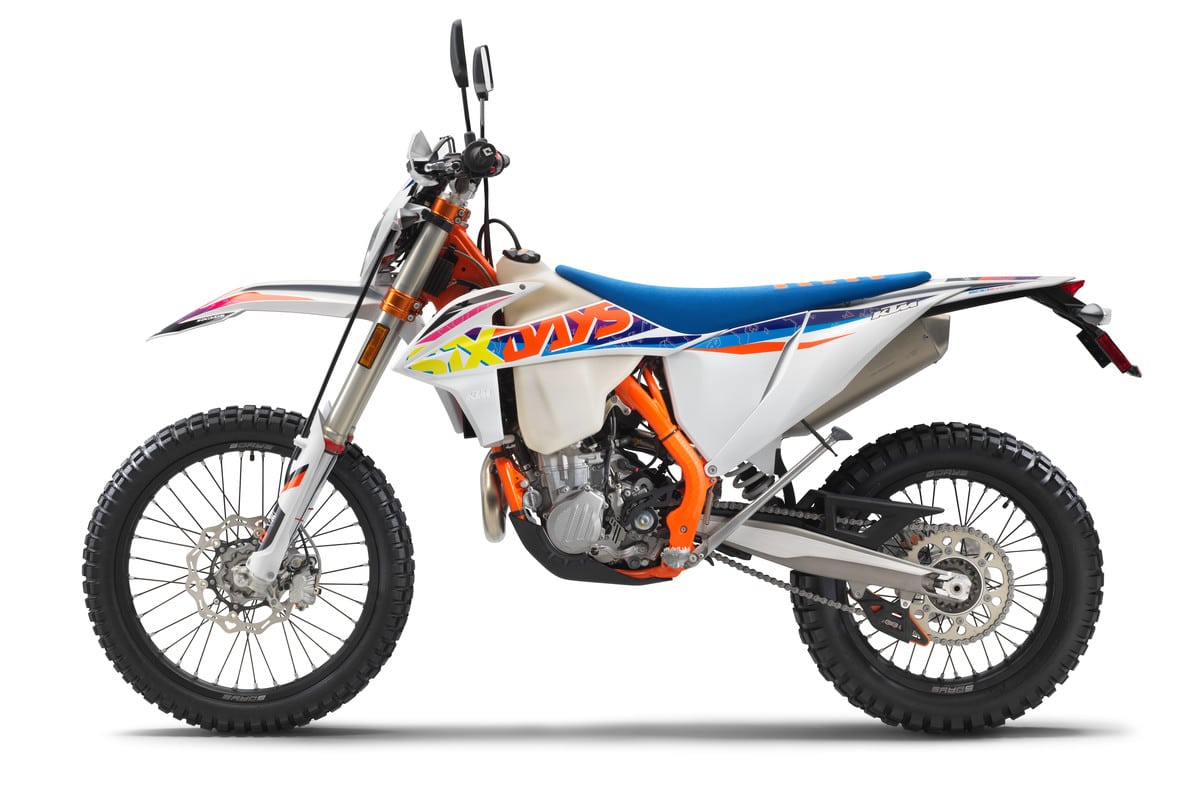