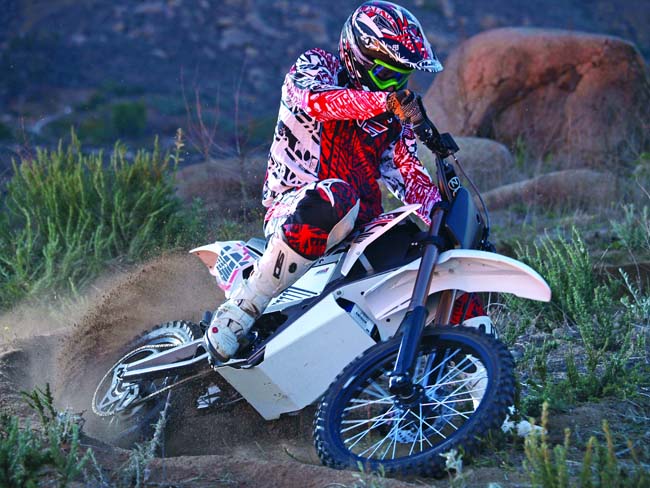 The Zero MX has come a long way since the cobby half-mountain-bike offerings of three years ago.

True motorcycle components, like the brakes, tires and fork, make the Zero work surprisingly well. The shock is a weak point.

Don’t think of the Zero as a dirt bike in the traditional sense. It likes different trails, tracks and riding areas.

The battery is removable. If you have a spare, you don’t have to wait out the three-hour charge time. Unfortunately, almost half the cost of the bike is in the battery. Each bike comes with a charger that plugs in to any 110-volt wall charger.

Almost all the noise comes from the chain. Zero has other motorcycles in the line, including a street-legal version with a belt that’s absolutely quiet.
Share FacebookTwitterGoogle+ReddItWhatsAppPinterestEmail