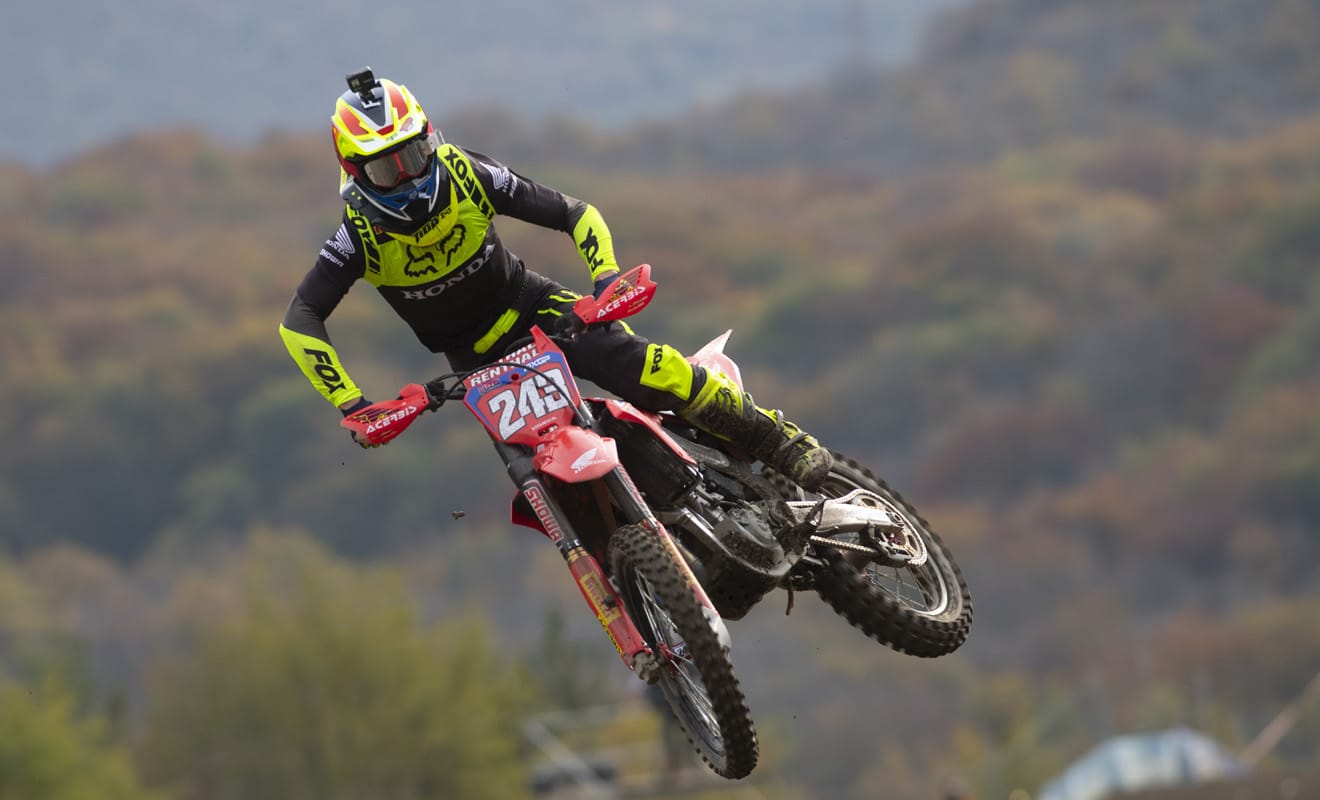 Last season Team HRC’s Tim Gajser started off the 2020 season by going eight-one at the MXGP of Great Britain on 29th February / 1st March. This year, due to the late finish of 2020 campaign, the first race in Oman will drop the gate over a month later on 3rd April, so we caught up with the reigning MXGP champion to see how his preparations for 2021 have been going: 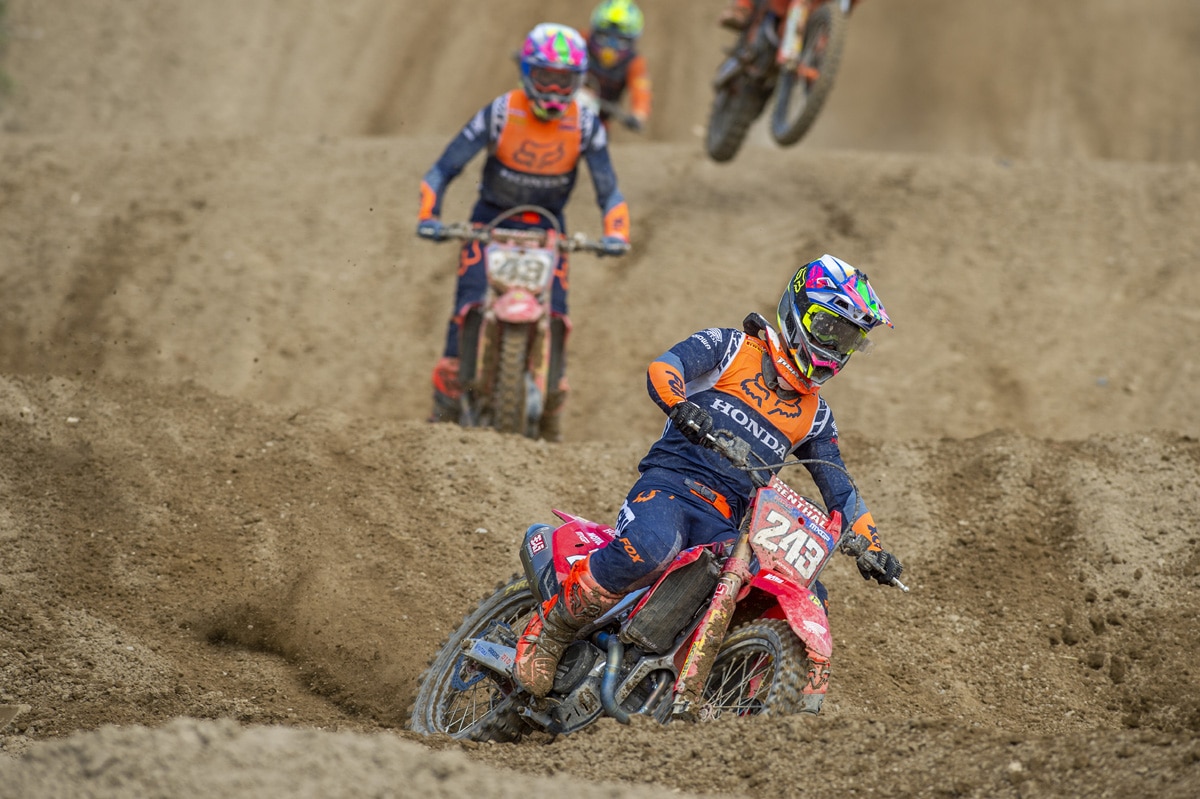 How has your off-season gone? What has your training schedule been?
My off-season so far has been good. I was training hard in December and then I had a few weeks off. Now, I am in Sardinia and I will stay here for month or so, training hard on and off the bike. The plan is to do the three Italian races and then head to Oman, and I can’t wait to get started racing again.

Does it feel different that than previous years, with the later finish from the previous season and the later start to the 2021 season?
In some ways it feels different because usually in January I’m in Sardinia but this year I spent it all pretty much at home. Then the GPs usually start late February or beginning of March so this year all feels a bit delayed. I’m sure once we start racing, it will all feel natural again though.

Did the travel restrictions change any of your plans at all?
With the all the rules about staying at home, there wasn’t a lot of choice to go anywhere or do things. When I had the three weeks off, we didn’t go on holiday, and instead friends came round and we just hung out. Otherwise, it was just a relaxed, chilled time because everything is closed. I took a lot of time to recharge the batteries and it felt good to have the break but now I’m hungry to begin.

Is it easier this year, than last year, because you are riding the same title-winning Honda CRF450RW, so there isn’t as much testing?
The bike is quite similar to last year, with a few changes so it feels close to what I won the 2020 world championship with. A few small things but overall, very similar so I still feel very comfortable with it.

What was the reaction in Slovenia after you won the 2020 championship?
The reaction was huge again. It was a bit different though because I couldn’t go anywhere to do interviews or collect awards or the welcome party that we’ve done before. So it was different but still a good reaction and it makes me feel extremely proud.

Slovenia had a good year for sports, is motocross getting good coverage compared with other sports?
Slovenia has many good sports people in a wide variety of activities but I think motocross is growing in my country, with many young children and people wanting to start riding a bike so I’m very happy that the coverage is inspiring others to take up the sport.

Have you been watching the SX? What do you think of the results so far and who has impressed you?
I’ve been watching the supercross and I was impressed with Barcia who won the last three opening rounds, which is unbelievable, but Roczen seems consistent and has now won so that’s good. The class is full of really good riders though and it is good to see how the racing goes over there.

Last year was full of ups and downs, how difficult was it mentally to keep focused and maintain such a high level of performance?
Last year was a difficult year for everyone. A lot of new things happened to us with the schedule and the testing and the travel, but as a racer we always need to find the motivation to train hard, to keep putting in the effort and to be focused 100%. It was tough but overall, it turned out really well and I’m pleased with the effort that the whole team put in, in order to achieve the title.

Everyone says that defending a title is harder, it seemed that way last year, but do you think 2021 will be even more difficult?
Defending a title is always difficult, but winning the first time is very difficult too! You have to be on your ‘A game’ every week, try to be consistent, to stay injury-free and I think 2021 will be another good year of racing with a lot of top riders in the class. There are a lot of title winners in the class and I think it will be an interesting season with a lot of battles.

How are you preparing for the MXGP season? Are you assuming the season will go ahead as normal? Or are you just planning on riding 20 rounds, wherever they are, on whatever race track?
My preparation is going pretty normal right now, a little bit delayed as I said before but I’m continuing as usual and I hope we can race the season in the current schedule.

Is it tough to train with the same intensity, right now, as the global situation is still very unclear?
We all know why we train, why we train so hard and that’s because we are all trying to win so I’ve never needed extra motivation or for someone to push me. I have always found the motivation and I know how to do it and it’s been a good off-season and I’m looking forward to going racing.

Would you mind if they went back to the one-day format?
At the beginning when we started with the one-day format last year, I struggled with it and I didn’t feel so comfortable but now I feel it doesn’t matter to me, I can adapt to either.

What about if they did the back-to-back-to-back races again? Sunday-Wednesday-Sunday
Even doing three races in a week, if it is what needs to be done to save the season then I’m completely fine with it. It actually worked quite well as a system last year to do so many races in a short time so we know it is possible, but hopefully whatever happens, fans can come back and watch the racing and cheer us on and visit us in the pits. I do miss those interactions with my supporters and I hope that they can come to the races. It makes the whole atmosphere a lot better.

Is there anything you learnt last year, that will help you in this year, in terms of dealing with unknowns?
I learnt a lot last year, with all the changes that happened about how you need to be flexible; you need to adapt and just get on with what is ahead of you. There is no point complaining or wishing that things were different; you have to go out there and perform and trust that everyone has done their job and I know with Team HRC I can do that. We did a lot of races in a short period with very few days off for everyone, but we kept it fun and we kept the levels high and we worked through any problems that came up. It makes me confident for this year that I can cope, should things change. 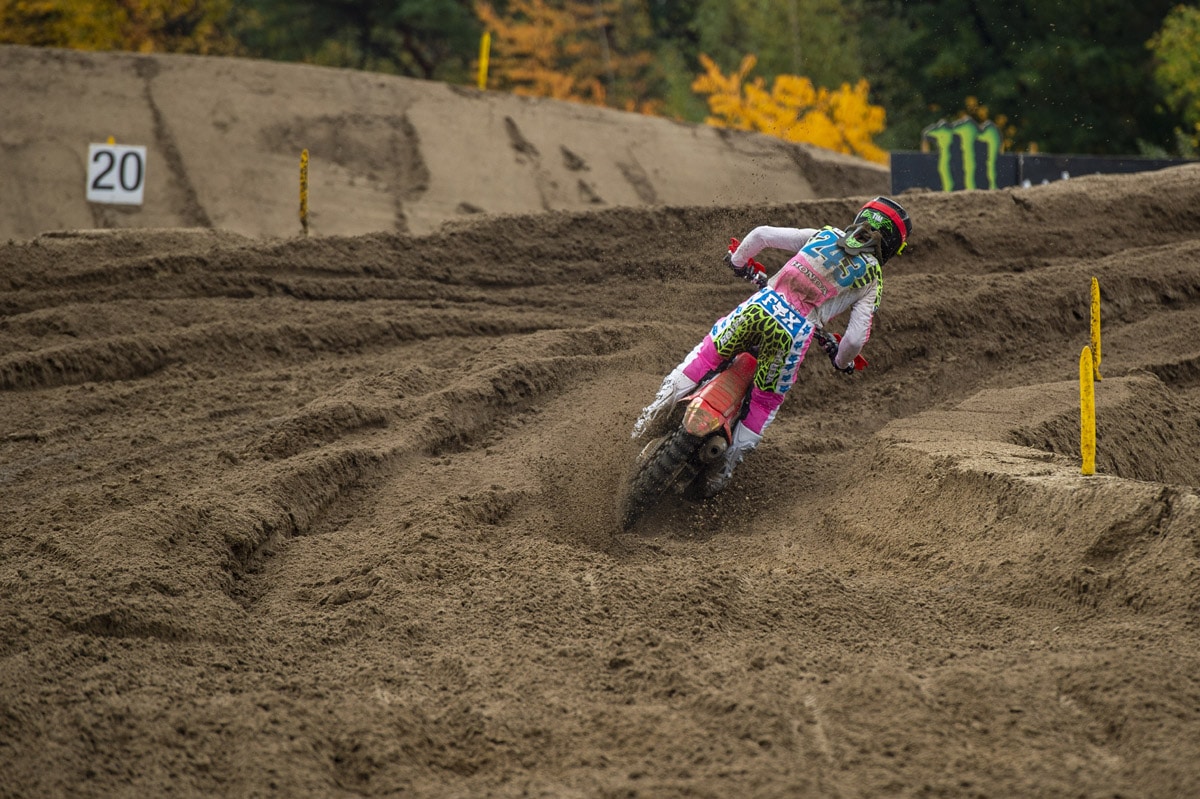