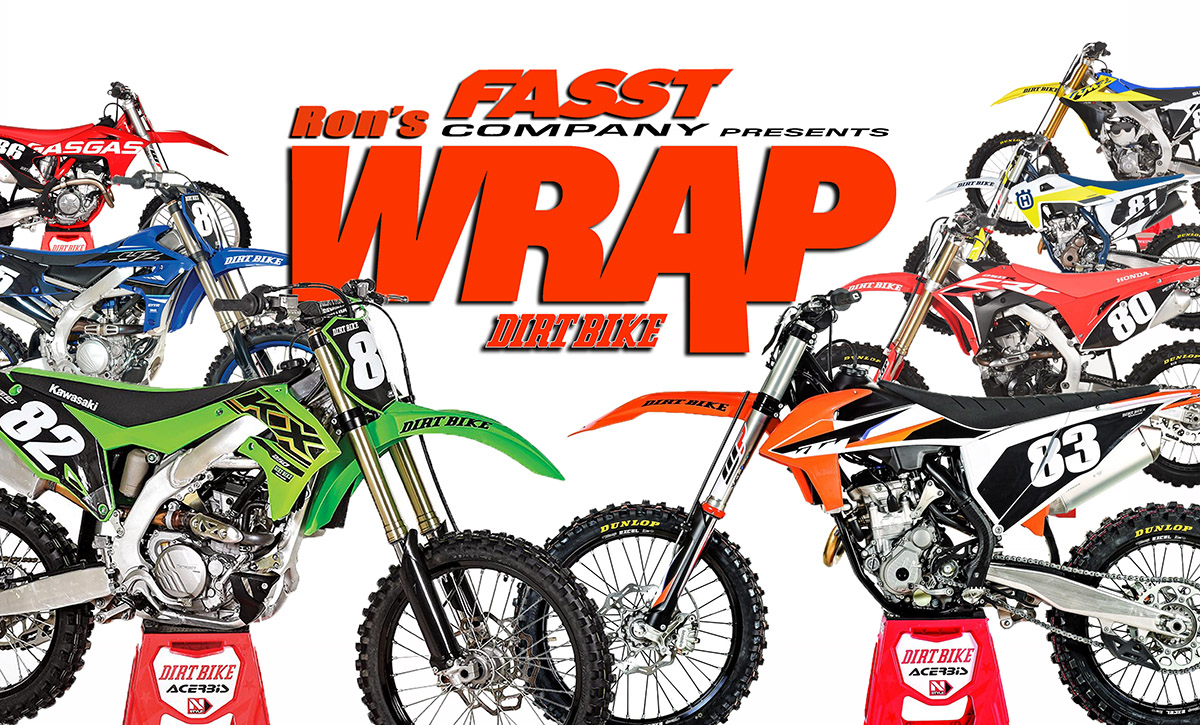 We delayed our 2021 250 MX Shootout in order to get a full house. The GasGas MC250 and the Suzuki RM-Z250 had late arrivals. Some would say that the Suzuki and GasGas don’t deserve to be in the comparison because they have little chance of winning; that the Suzuki is dated and the GasGas is just another KTM clone. We don’t understand that logic. Both bikes have good prices and offer things that the others don’t. 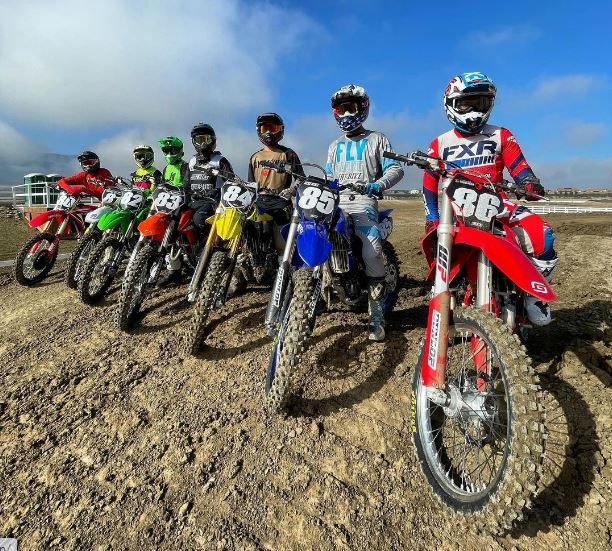 The most interesting thing about the GasGas MC250 is that KTM decided to price it $800 lower than the 250SX-F. That puts it close to the Honda,  Yamaha and Kawasaki. In order to do that, there are a number of different parts and there’s no map switch, but you get the same motor, frame and suspension components. The GasGas has softer suspension settings, so it’s a legitimate choice for riders who are less focused on racing at a high level.
GASGAS MC 250 RATINGS
SUSPENSION

The Honda CRF250R didn’t get any attention for 2021. Honda’s R&D team was entirely focused on the 450. Considering that the 2021 CRF450R came out of the oven slightly under cooked, we’re happy that the 250 is unchanged. It’s still a top-end motor with very  little down low, but we’ve found that more advanced riders rarely need that much low-end torque. It is one of the best handling bikes on the track and the suspension is excellent.
HONDA CRF250R RATINGS
SUSPENSION

Husqvarna lowered the suspension on its 2021 motocross bikes. It was a brilliant move. The seat height is over an inch lower that it was last year and that gives virtually everyone more confidence. We haven’t yet found any drawbacks to the change, although we do believe that ground clearance could be an issue on rutty tracks.
HUSQVARNA FC250 RATINGS
SUSPENSION

Kawasaki came into the comparison as one of the favorites. It’s all new for 2021 with electric start (at last), a hydraulic clutch and more power. It has a very high-strung personality, which is odd considering that it has the same chassis as the 450, which is sweet and mellow.
KAWASAKI KX250 RATINGS
SUSPENSION

KTM improved its suspension for 2021, which is what it needed most. It’s still very powerful and at 218 pounds without fuel, it’s the lightest in the comparison. It’s built on the same platform as the Husky and GasGas, so we can’t help but wonder if those bikes will rob sales from the 250SX-F.
KTM 250SX-F RATINGS
SUSPENSION

By going unchanged for so long, Suzuki now has a segment of the market all to itself. It is the torquiest and easiest to ride.  One by one, all the others have re-aimed their bikes at the top of the market with very high-revving motors. Suzuki gives away power on top and has no electric start, but it’s the least expensive and very friendly to less experienced riders. It’s still one of the best handling in turns.
SUZUKI RMZ250 RATINGS
SUSPENSION

Yamaha gave the YZ250F a little more power this year without sacrificing torque. It’s not in the running to be the fastest bike in the class, but it’s certainly not slow. The Yamaha still has the best suspension and bridges the gap between beginners and pros very well. The shootout is still underway, but keep your eyes open on the Dirt Bike Youtube channel and the winner will be announced shortly. 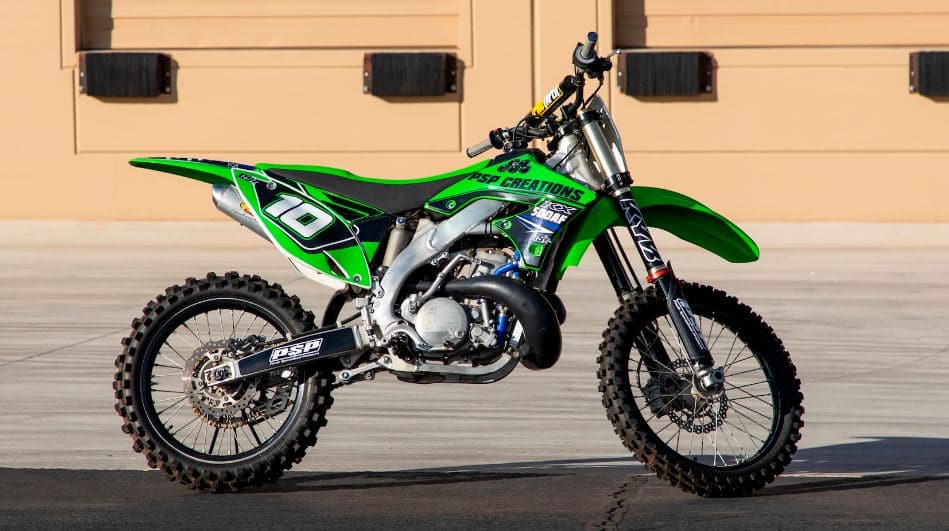 Mecum’s Las Vegas Auction is scheduled to take place in late April and there are already some pretty cool bikes on the Mecum website that will be up for bid. One is this Kawasaki KX500 in an aluminum chassis. It was built in South Africa by Paul’s Specialty Products. It looks to have a 2015 KX450 chassis. There is also a pristine Harley Davidson motocross bike from the ’70s and an unlimited hillclimber with a Harley motor.  All of them could be yours! 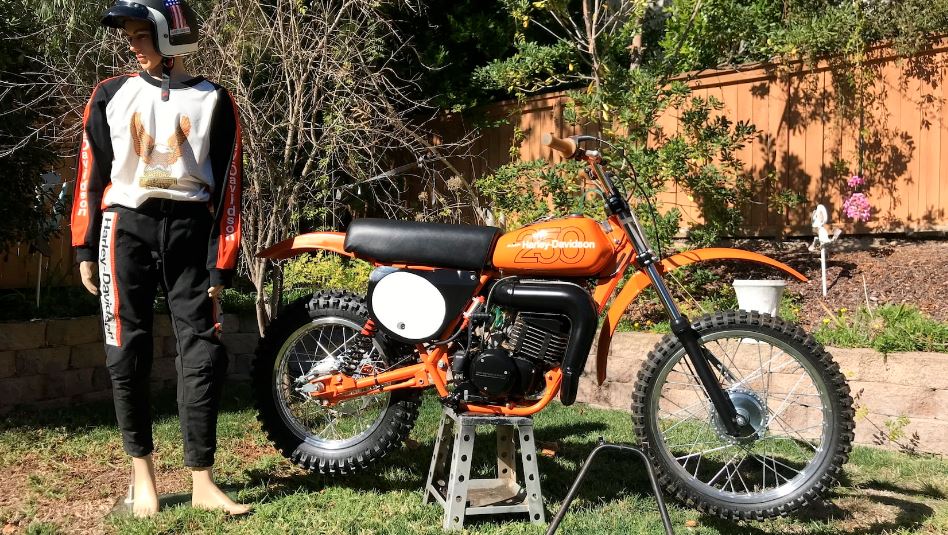 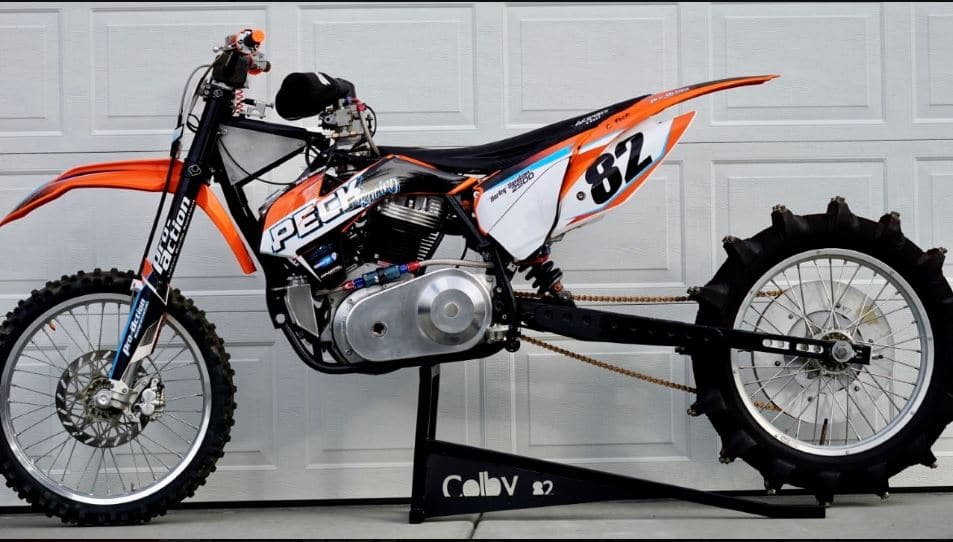 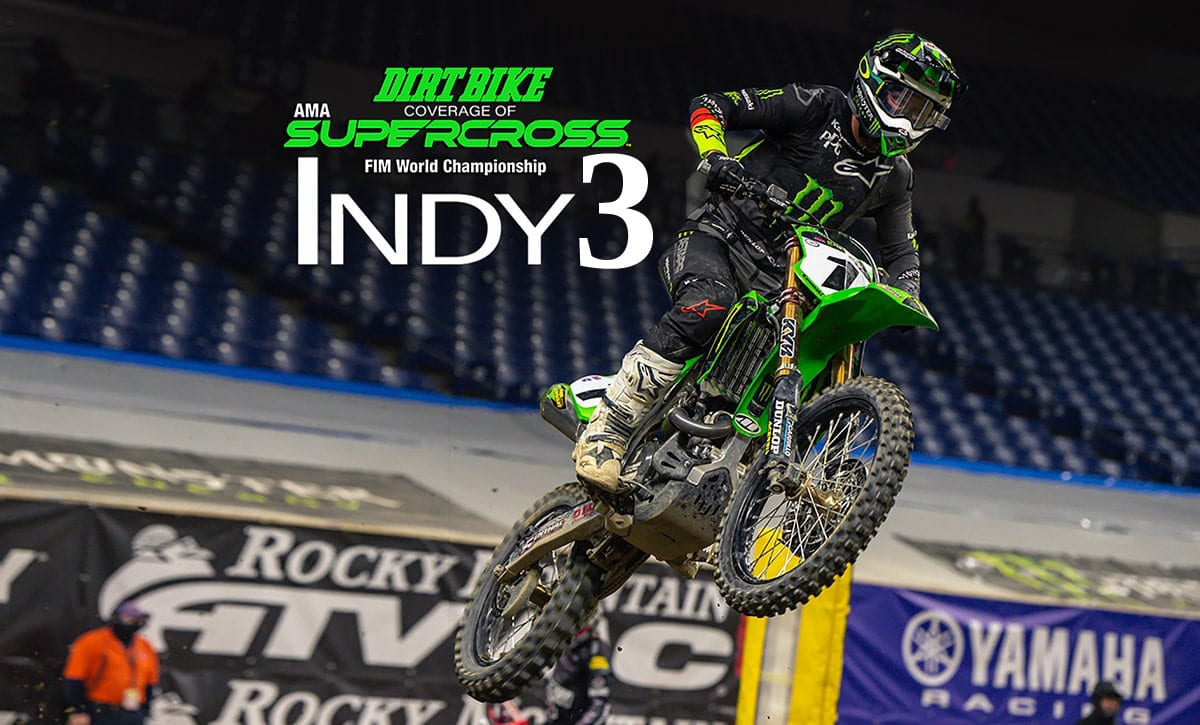 Saturday marks the last of three rounds of the 2021 Monster Energy Supercross season to take place at Lucas Oil Stadium in Indy.  So far, it’s been all around Ken Roczen and Colt Nichols there.  here’s how the points stack up. Next week will see the show go down south to Orlando. That will be a mix between east and west, as the first race there will be for the 250 east class and the following event will host the first race for the 250 West riders. For extended coverage of 2021 Supercross, click here.