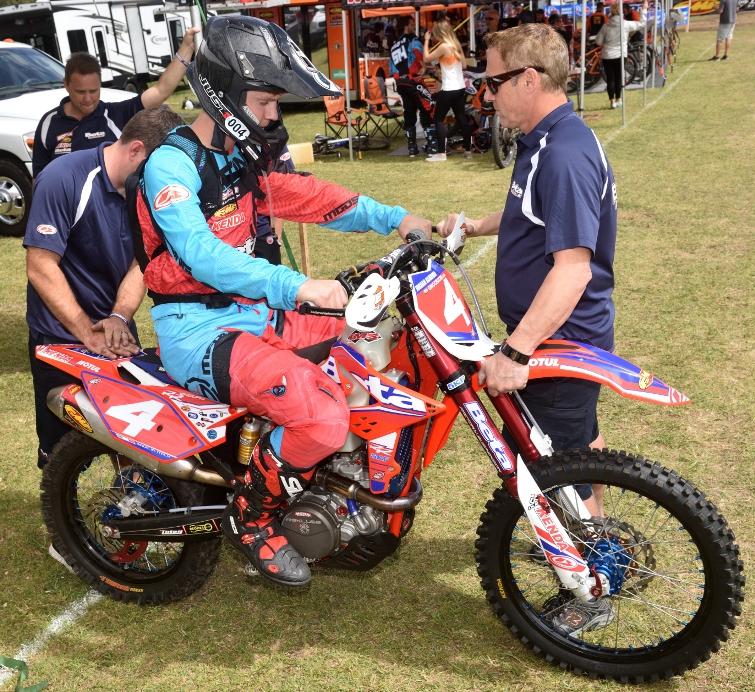 Share FacebookTwitterGoogle+ReddItWhatsAppPinterestEmail
Press Release
For Immediate Release
Paso Robles, California
Beta USA’s Rodney Smith has been promoted to head up the Beta USA race department. The AMA Hall of Famer and five-time GNCC champion has been working for Beta for the last 12 months as a rider coach and now will take over as the race team manager.

Beta USA’s President Tim Pilg comments, “It has been a huge benefit to our team ever since Rodney came aboard full time last season. His approach to racing matches our goals for the team so it made perfect sense to have him take over the team manager position.”
Smith is looking forward to developing the team and more, “I’m very excited to have this opportunity to run the Beta USA race team! I’ve been working & coaching the riders this year and now Beta has asked me to manage the team. I’m very excited to bring my experience I’ve learned over the years as a racer and champion as well as being inducted in the AMA hall of fame! I’ve had the chance to see & learn from my past managers including Mike Webb and now I’m looking forward to being able run my own team & to further give our racers the knowledge & experience to win some more championships for my riders, Beta, & myself.”
Beta’s GNCC pilot Joedan Ashburn had this to say, “Being able to work with Rodney Smith is a true privilege. He is a former GNCC champion with lots of knowledge. I’m really excited for him to take charge of the BETA race team and help us achieve our goals.”
Smith will also work with EnduroX rider’s Max Gerston, Ty Cullins, and Morgan Tanke as the EnduroX season begins in Las Vegas on August 19th along with the other team members.
Beta motorcyclesROdney Smith
Share FacebookTwitterGoogle+ReddItWhatsAppPinterestEmail