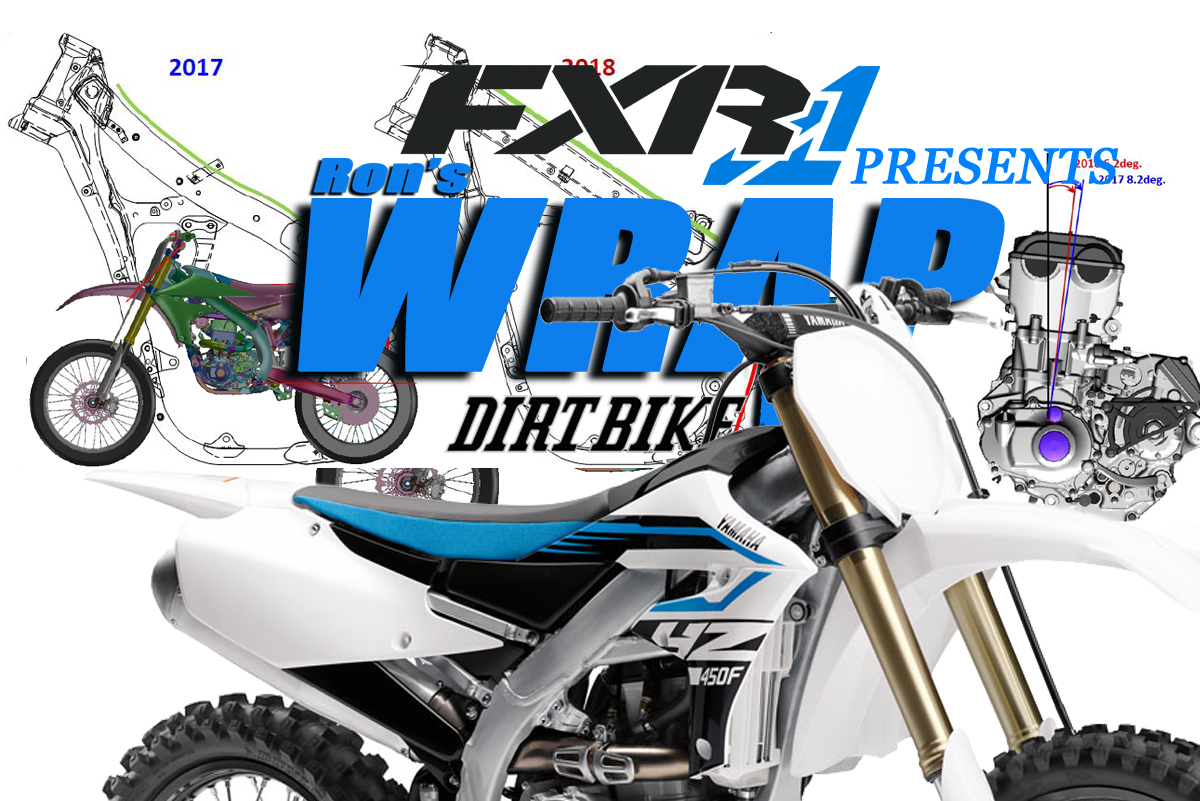 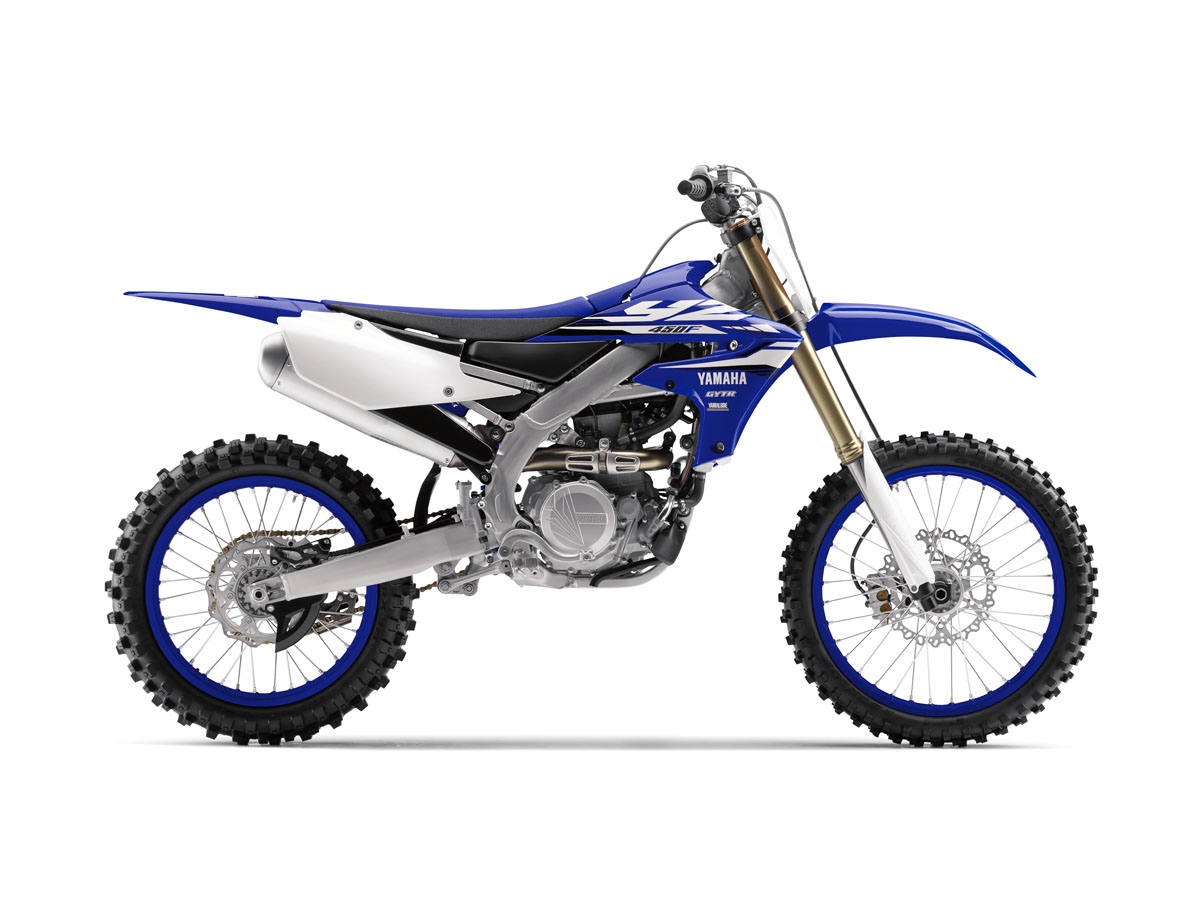 Last Monday, Yamaha released its 2018 YZ450F, and we’re still digesting all the information. There’s far more change than we expected. Even though you might think from a glance that it’s just new bodywork and the electric starter off the YZ450FX, almost every part is different. First all all the motor is all different with an all-new more compact starter design. The kickstarter, of course, is gone forever, and has no place to put one if you wanted it. The motor is more upright, presumably to put a little more weight on the front wheel. 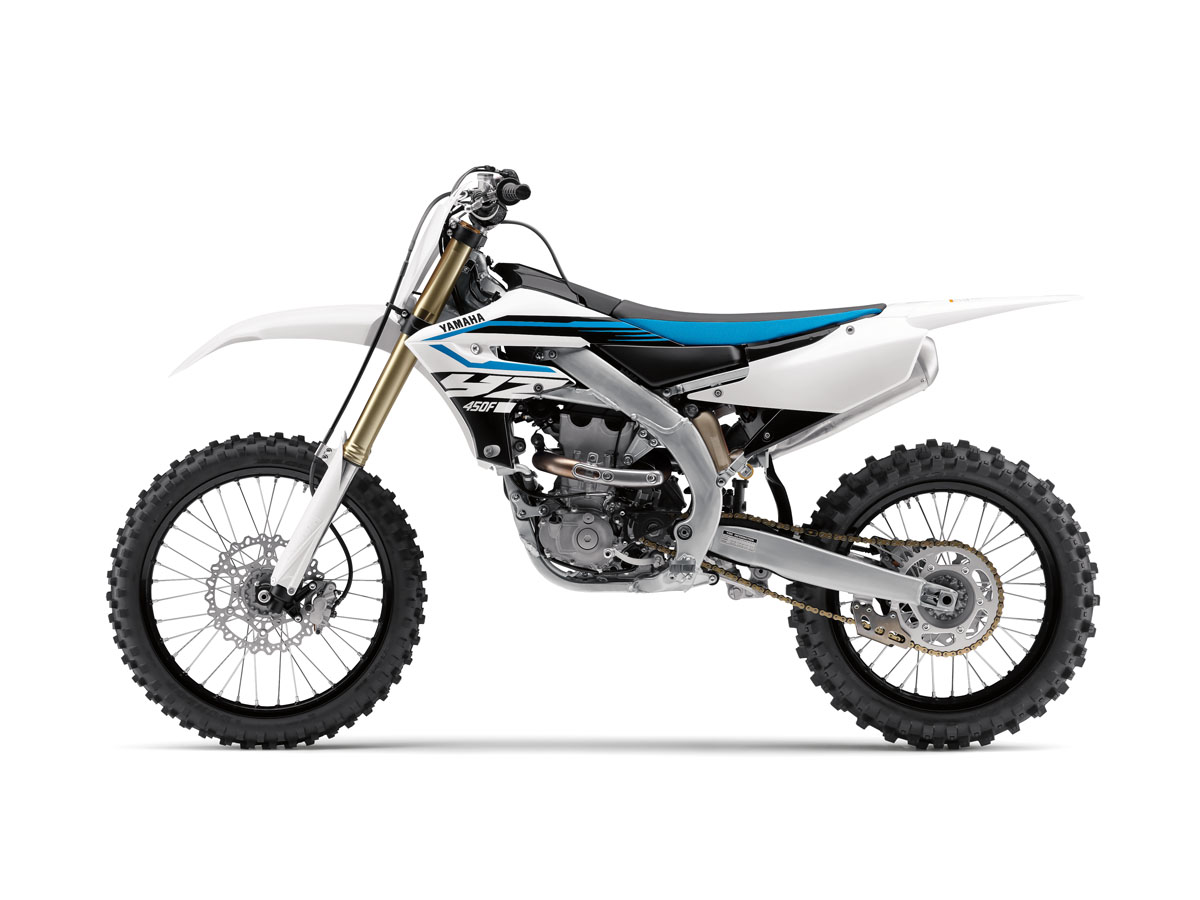 Yamaha is now the only major motocross bike with a Mikuni throttle body, rather than a Keihin. It’s also very interesting that the generator is new with a lower output, despite the requirements of the starter. Yamaha had a little overkill in the electrical output department, and that apparently creates a drag on the motor. With the inclusion of a battery in the system, the new generator can get the job done with less juice, although they haven’t yet said how much less. The piston is new, with a 2.3mm thinner crown and a box section for reinforcement underneath. It’s supposed to be 6 grams lighter, which is a lot. The compression ratio is up from 2.5:1 to 2.8:1. The clutch was rethought, too. Yamaha seems determined not to to go to a hydraulic system, and is concentrating on giving the cable system a better feel with more feedback. Test riders say that by changing the flex characteristics of the pressure plate, it does that. The new part has less center rigidity and more outer surface stiffness. 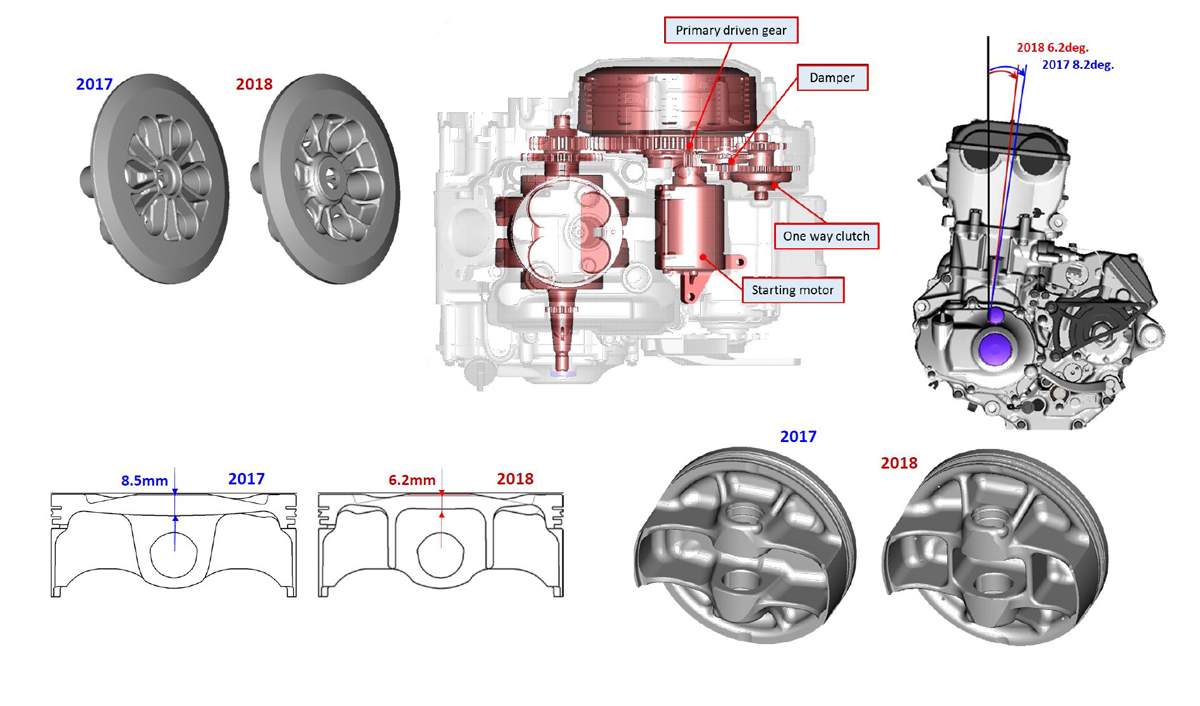 Getting the chassis narrower was a very high priority. The shrouds are 16mm narrower in the area where your knees touch. The seat is 18mm narrower. The new radiators and fuel tank are both narrower. The gas tank, by the way, has less capacity as a result, going from 1.9 gallons (the biggest of the MX 450s) to 1.6 (the same as most others). 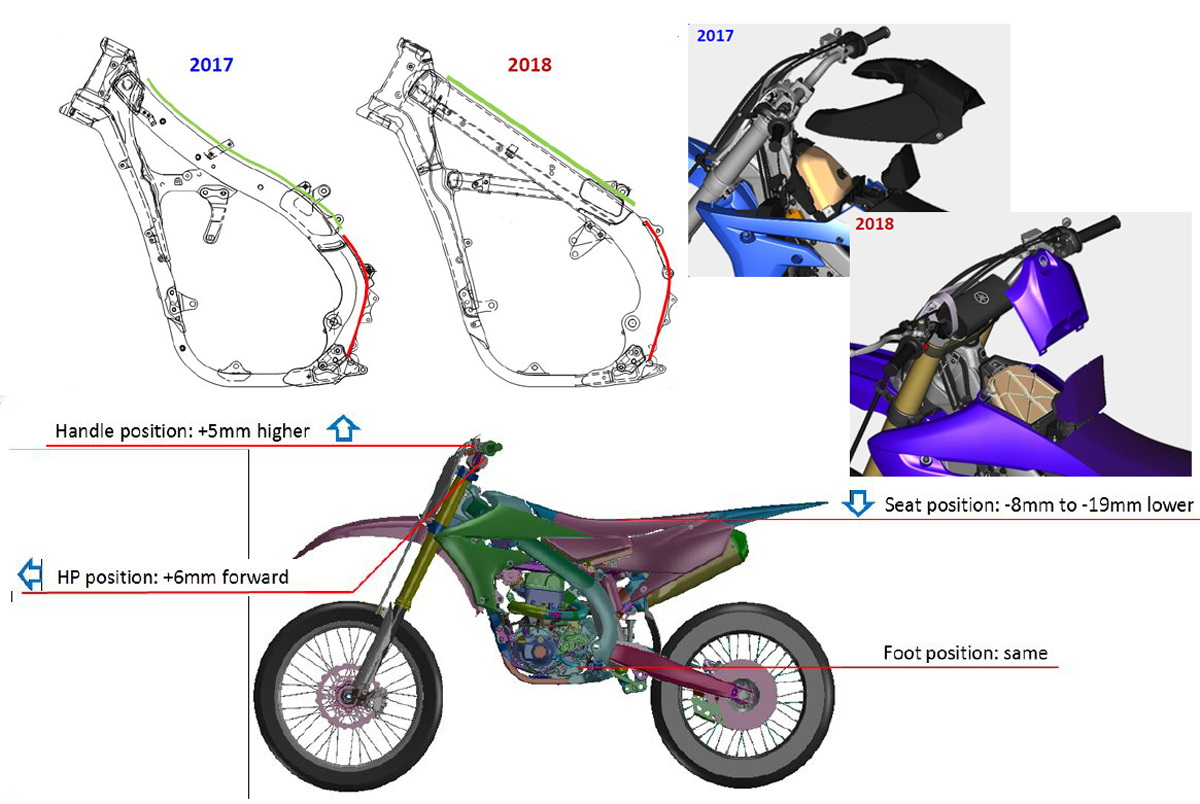 The KYB fork and shock both have subtle changes; a bigger piston and a new mid valves up front and a larger gas chamber in the rear. The steering head is farther forward and the triple clamps have less offset (from 25mm to 22mm). The frame itself is completely new and reflects a change in Yamaha’s philosophy. Everything is stiffer. According to Yamaha, the rigidity is increased 25% vertically, 9% horizontally and 15% in torsion.

This is a big deal. If you look at the photo above, the older frame is in front. The contoured beams look to be less stiff and were often given part of the credit for Yamaha’s highly touted front suspension. With side beams that are so much stiffer, that puts more emphasis on fork design and performance. Overall, we’re pretty excited about the new bike. The only hiccup is that Yamaha said nothing about weight reduction. In private, they said they were pleased to have gained electric start without gaining weight. That probably means that the YZ will still be the heaviest of the 450 MX bikes. The 2017 model weighed 238 without fuel; the same as the Suzuki. The Honda: 235, Kawasaki: 231, Husky: 225 and the KTM: 224.

We got to spend a day this week on the new Suzuki V-Strom 650XT. This is kind of a sleeper in the adventure bike world. Suzuki sold a ton of them, and they show up in numbers at any rally. It was due for a change, though. When the bike was designed a long time ago, no one took off-road riding very seriously for big twins. The new version is updated to deal with that. 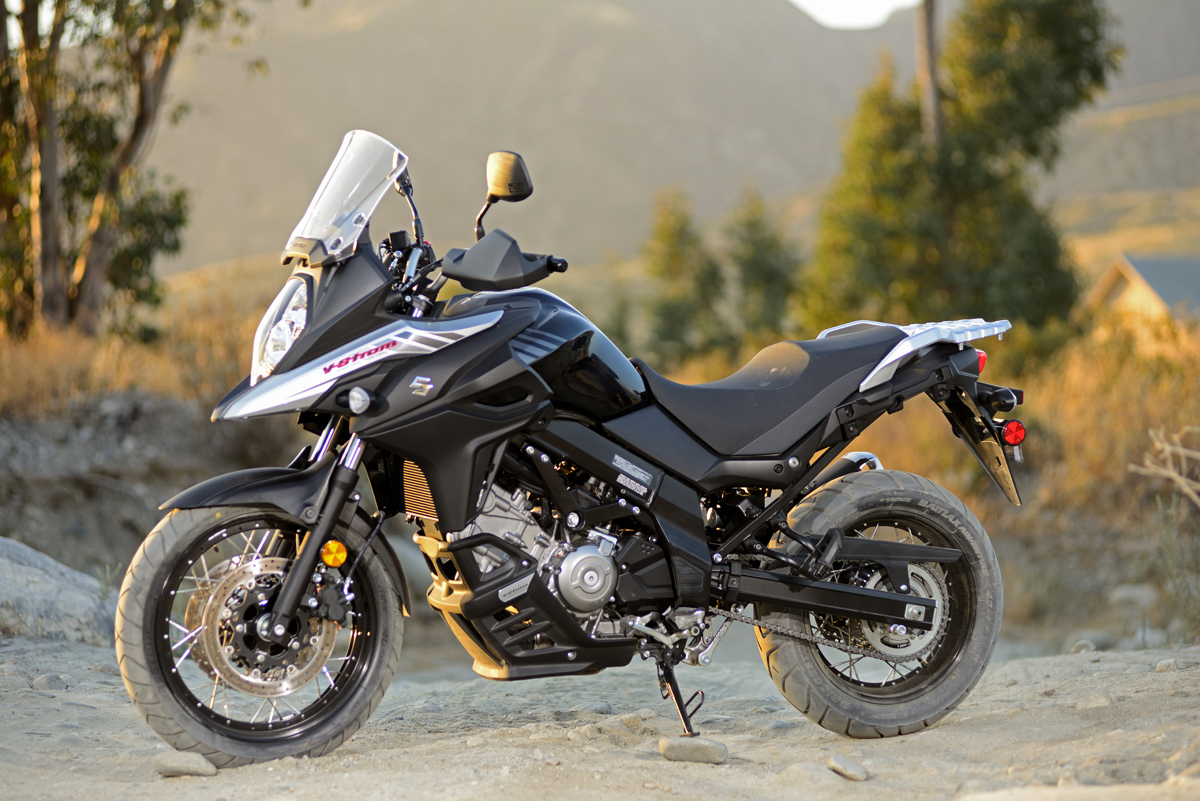 So far we don’t really have enough time on the bike to say how it rates as a real adventure bike, but we can say that it’s much less intimidating than the bigger machines that we typically take on adventure rides. Even though it looks like less of a serious off-road machine and has street tires, it’s not bad at all. The XT version is $9299, which is $500 more than the standard version, and it has various guards and spoke wheels. 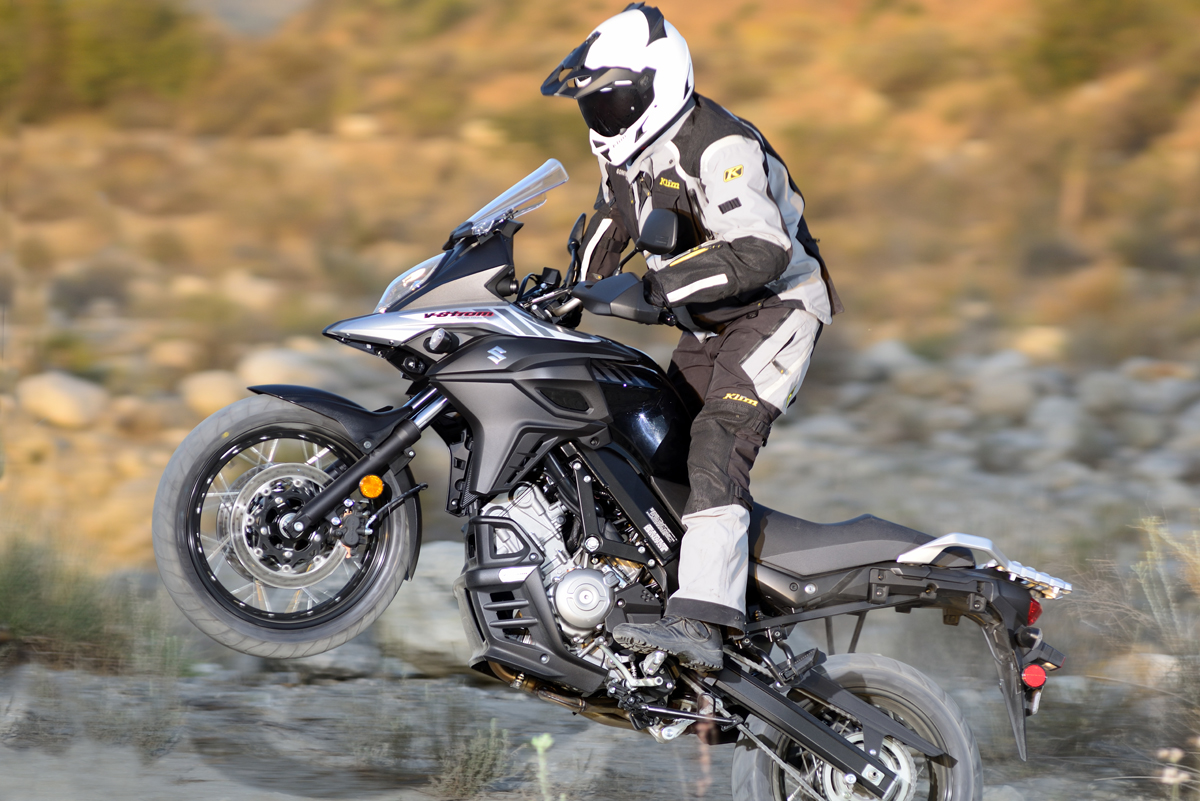 Here’s a little insight on how our photo shoots often go. On our one day of riding the bike, we waited a little too long to actually shoot the photos. Mark Tilley was wearing a dark face shield and by the time we actually set up and started taking pictures, it was dark. The first frame is below. Mark was riding absolutely blind. By the time we had the lights and the camera settings dialed in, the shot at the bottom was the result. Cameras are amazing these days, but that didn’t mean that Mark could see any better. 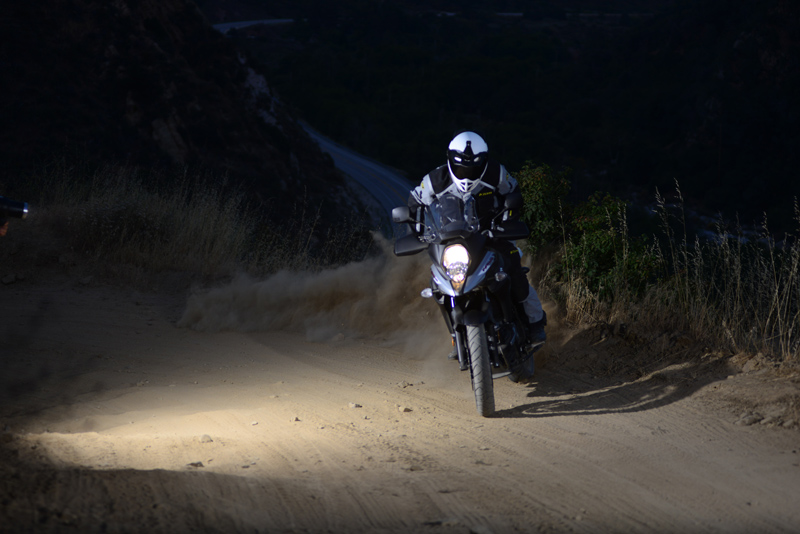 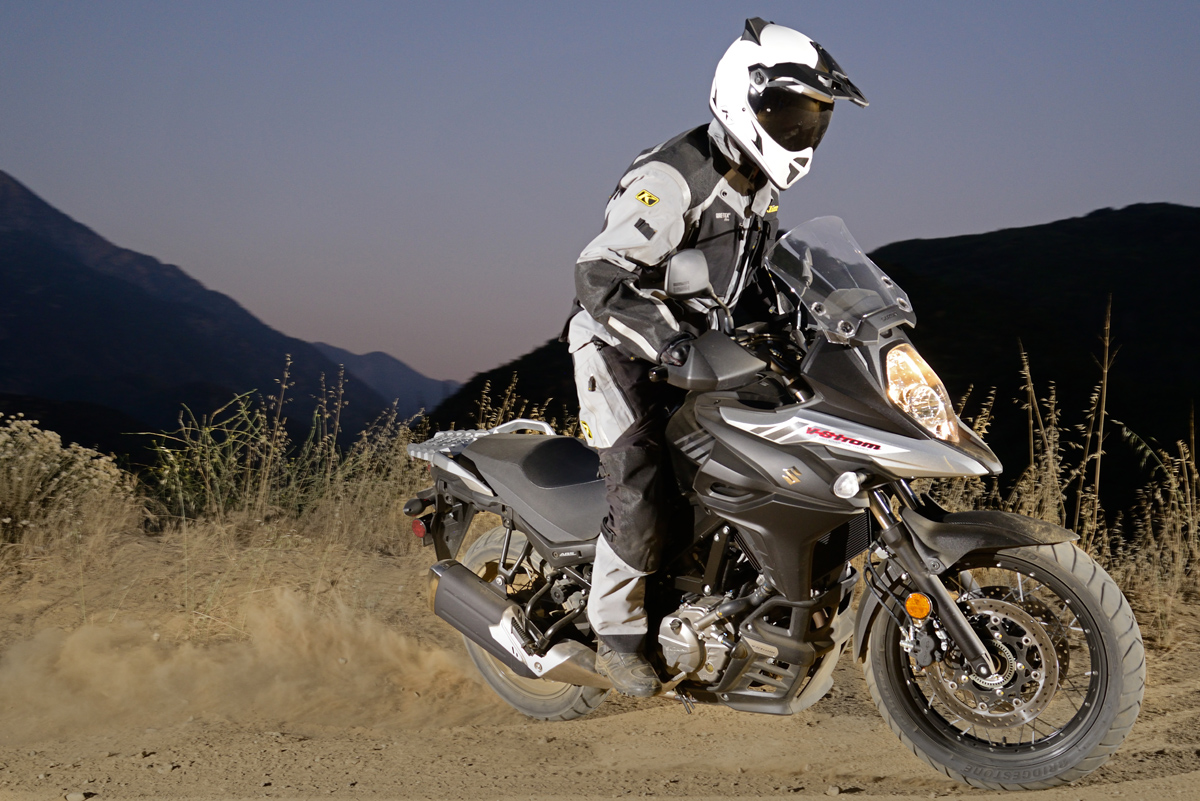 DIAL IN YOUR KAWASAKI FORK

THIS WEEK IN MOTOCROSS: HIGH POINT 2017 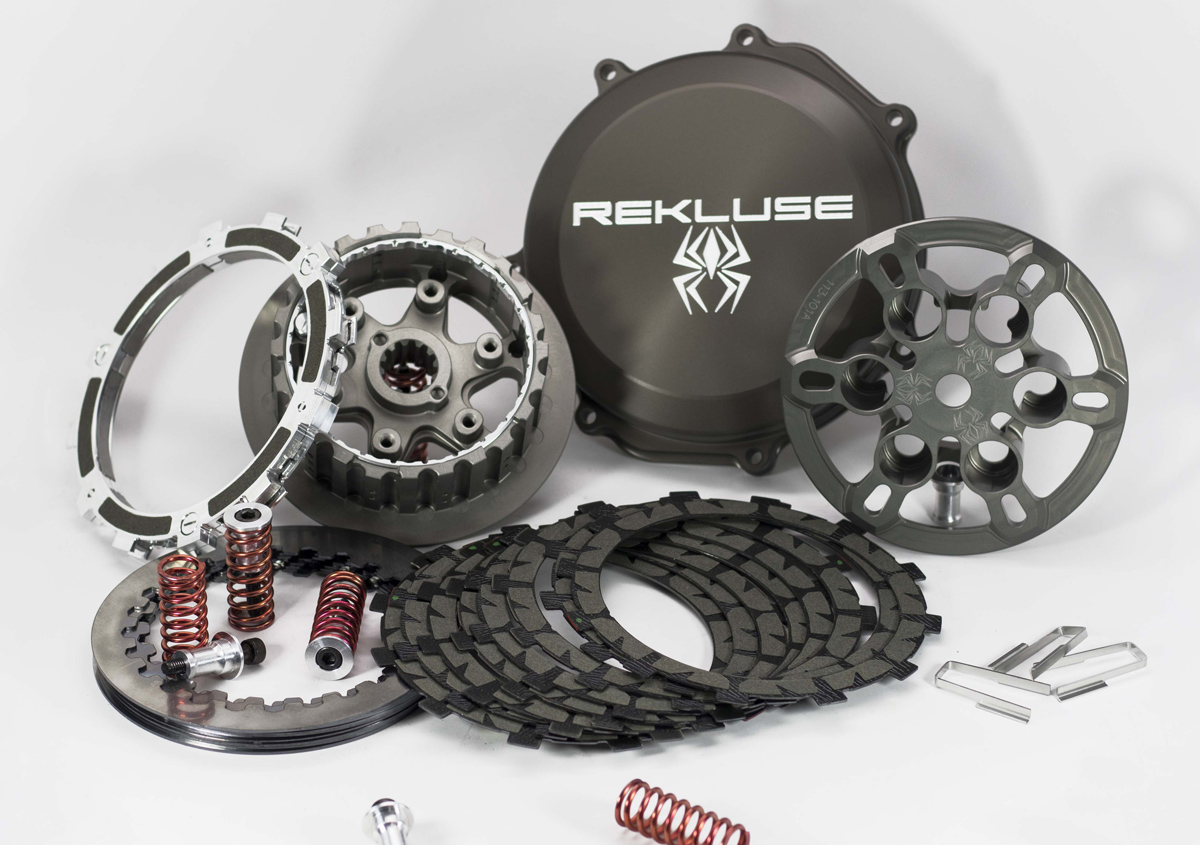 Rekluse, has revolutionized clutch technology again with the introduction of the RadiusCX product line which is now available for cable clutch actuated models. RadiusCX is the culmination of 15 years of engineering and racing, bringing forth Rekluse’s best technology all in one product line platform. 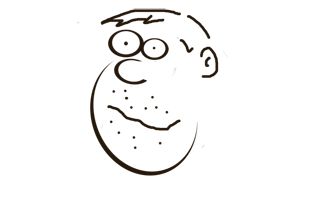