Yamaha is one of those companies that’s different things to different people. For us, it’s all about motorcycles, for others, the company might be about music or snowmobiles. Now, Yamaha has been getting more and more serious about electric bicycles. The Yamaha YDX Moro and Moro Pro are legit electric mountain bikes worthy of head-to-head comparison against the bigshots of the bicycle world. We got to spend a day riding Yamaha’s new E-bikes in the San Bernardino mountains.

These are Yamaha’s first full-suspension Class one electric mountain bikes, using 27.5″ wheels and offering 160mm of travel. The difference between the Moro and the Moro Pro is primarily componentry. The Moro uses a RockShox Revelation RC fork and Deluxe Select+ rear shock while the Moro Pro uses YARI RC fork and Super Deluxe Select+ rear shock. The shifers and the wheels are also upgraded on the Moro Pro, which is why it sells for more: $5499 vs $4499. Both have Yamaha’s next-generation PW-X2 drive unit, which has fairly sophisticated programming compared to anything we are familiar with. 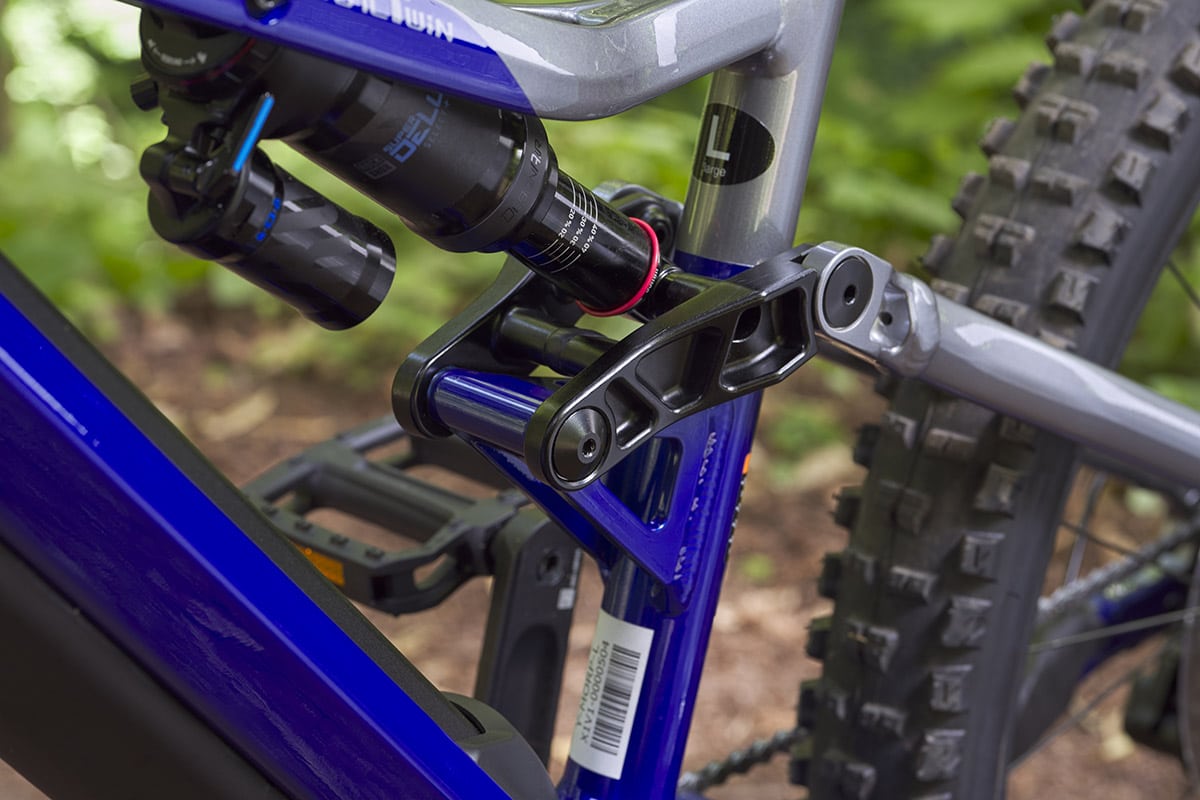 For the frame, Yamaha has a split top tube, which allows a lower standover height. In the past, we got the feeling that Yamaha was primarily interested in making and selling its drive units. The complete bikes just seemed half-hearted. This is different. The new mountain bike frame shows some committed thought and engineering. Up front, we have to confess that we aren’t experts in the bicycle business. We are motorcycle guys and we tend to approach everything two-wheeled from that perspective. We do, however, share an office with Electric Bike Action, and those guys are certifiable experts. You can see what they had to say in the video below.

As for us, the new Yamahas strike us as the best of that young industry so far. The bike, in either guise, is a well balanced, user-friendly machine. It has a super smooth pedal-assisted power delivery. We have ridden others that are so abrupt that control is difficult. The power and weight of electric mountain bikes can easily exceed the limitations of traditional bicycle components. The wheels, tires and suspension just aren’t up to the increased demands. With the Yamaha’s smooth assistance, you don’t have that problem. It offers power levels that will be familiar to anyone who has previously riden pedal-assisted mountain bikes, plus there are other modes that can be helpful. MTB and MTB Extra Power mode react a little more accurately to the power provided by the rider. Just as importantly, they stop providing assistance when you stop pedalling with very little time lag. Yamaha also offers an Auto mode that adjusts the amount of assistance over a wider range. Then there’s Push Assist Mode, which is basically push-button power for those situations where you can’t get enough pedal stroke to get underway. That’s very useful.

As motorcycle guys who use bicycles for training, we’re fascinated with electric bikes and love the fact that Yamaha is finally serious about offering a legitimate contender. We’ve discovered you can get the same workout on an E-bike as on an old-school pedal bike, you just have more fun and cover more ground. Most of the Pros in the off-road racing world use electric bikes to pre-ride race courses. WORCS and GNCC both have separate EMTB classes just for that. The fact that most high-end bicycles are almost the same price as Yamaha’s pedal-assist offerings make it that much better. If you’re one of those guys who has been waiting for the technology in the E-bike world to level off before you invest in it, the time has come. 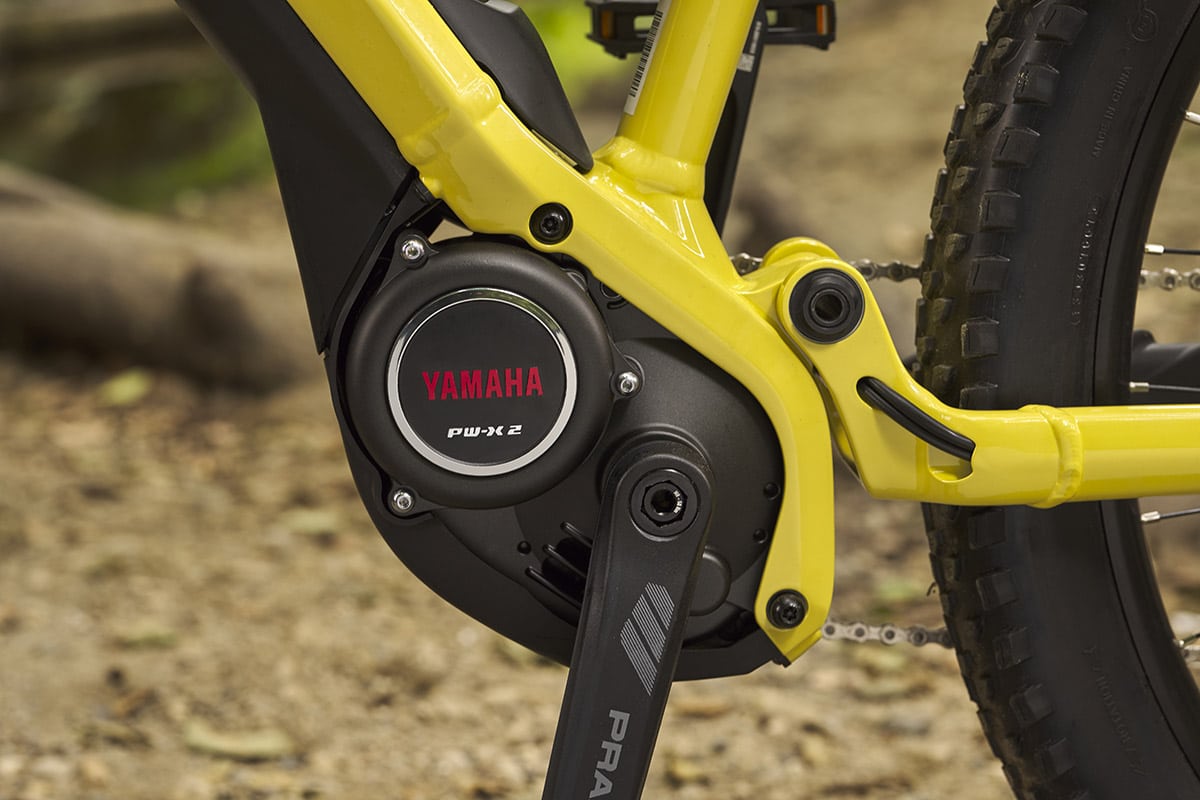