KAWASAKI KX125: BEHIND THE BUILD 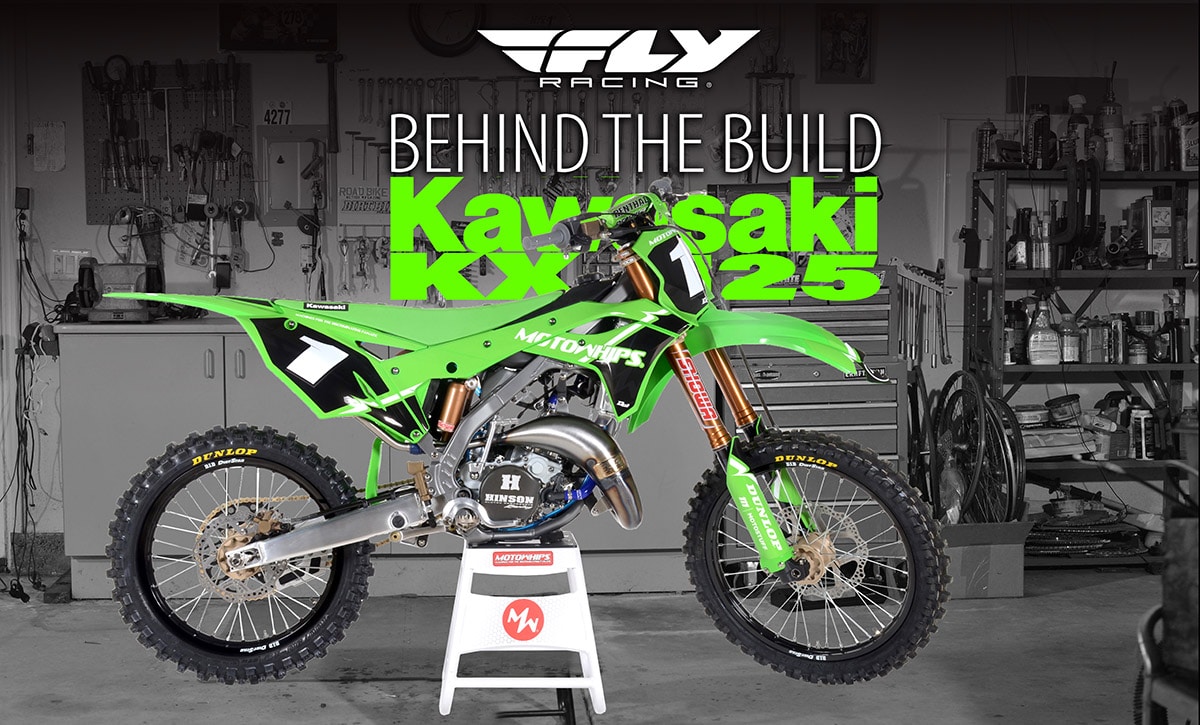 We have built a lot of project bikes with Justin Myerson from Motowhips over the years and are always blown away with each bike. This KX125 is Justin’s personal bike and took almost two years to build in between working on customer builds. It features an updated KX250 four-stroke front end with a mounting kit using a newer four-stroke gas tank, subframe and modified airbox, allowing the use of newer plastics and changing the overall look. Motowhips worked with other industry-leading fabricators to come up with a kit that allows newer KX four-stroke plastics to be used on this early 2000s KX two-stroke 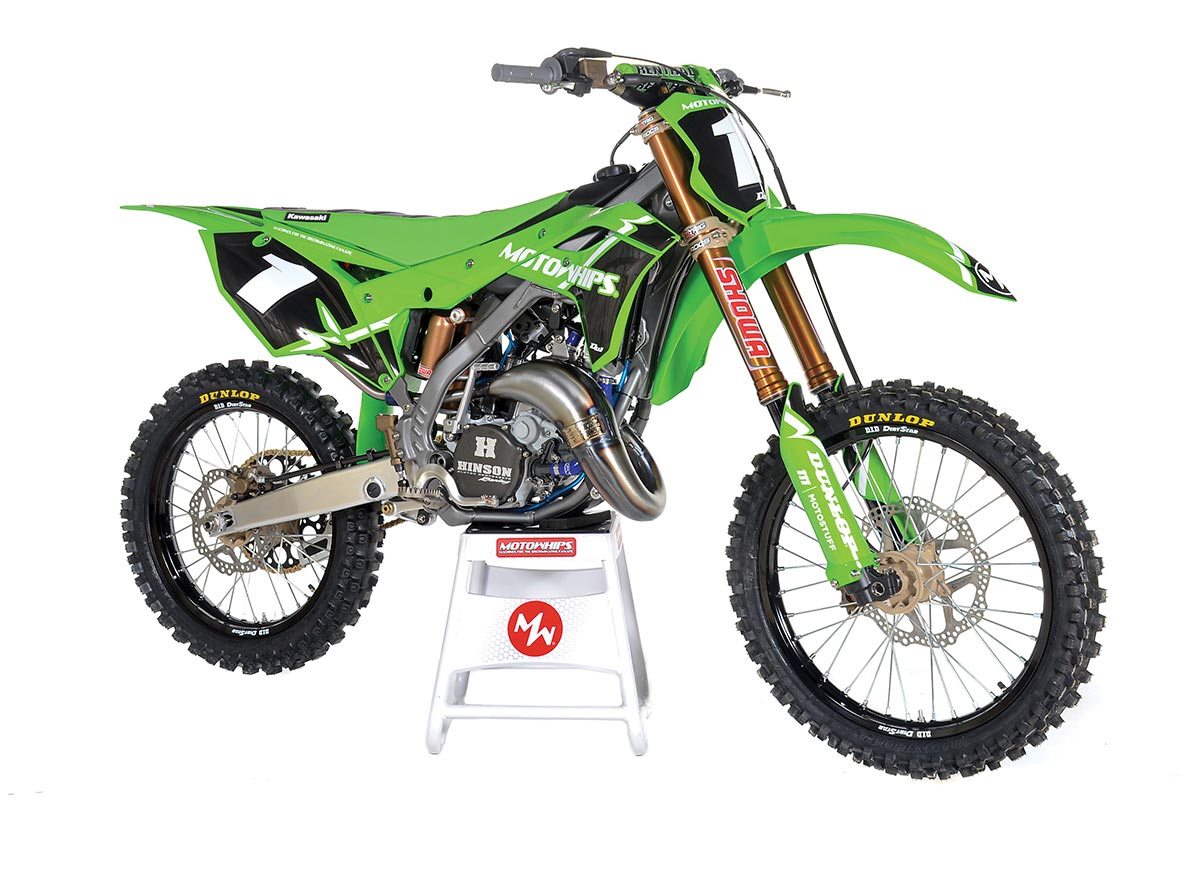 The true beauty of a Motowhips bike is in the tiny details. Virtually no part of the machine hasn’t recieved loving attention. Mettec titanium fasteners can be found on many of the factory-level race machines because they are 47 percent lighter than the OEM steel units, stronger and have been manufactured in the USA since 1995. Hand-fabricated out of Ti-6AL-4V titanium and Tig-welded, the Pro Pegs from Moto Stuff feature a larger footprint, a 30-tooth design and are lighter than the OEM models. On top,  Xtrig ROCS Pro triple clamp are machined from billet aluminum and feature a custom Motowhips coating to match the Faster USA hubs. Handlebars can be mounted in 12 different positions with the Progressive Handlebar Damping System. The Pro Circuit Works-style pipe is stamped with a high-quality carbon steel construction with hand-welded and -pounded seams for increased performance throughout the power curve. Hinson billetproof clutch components for the mid-2000 KX125 are a huge upgrade from stock and constructed of T6 billet aluminum that is Akadized for five times the wear-resistance. Dunlops MX33 tires are designed for soft-to-intermediate terrain and feature block-in-a-block technology for more aggressive corner and slide control in off-road conditions.