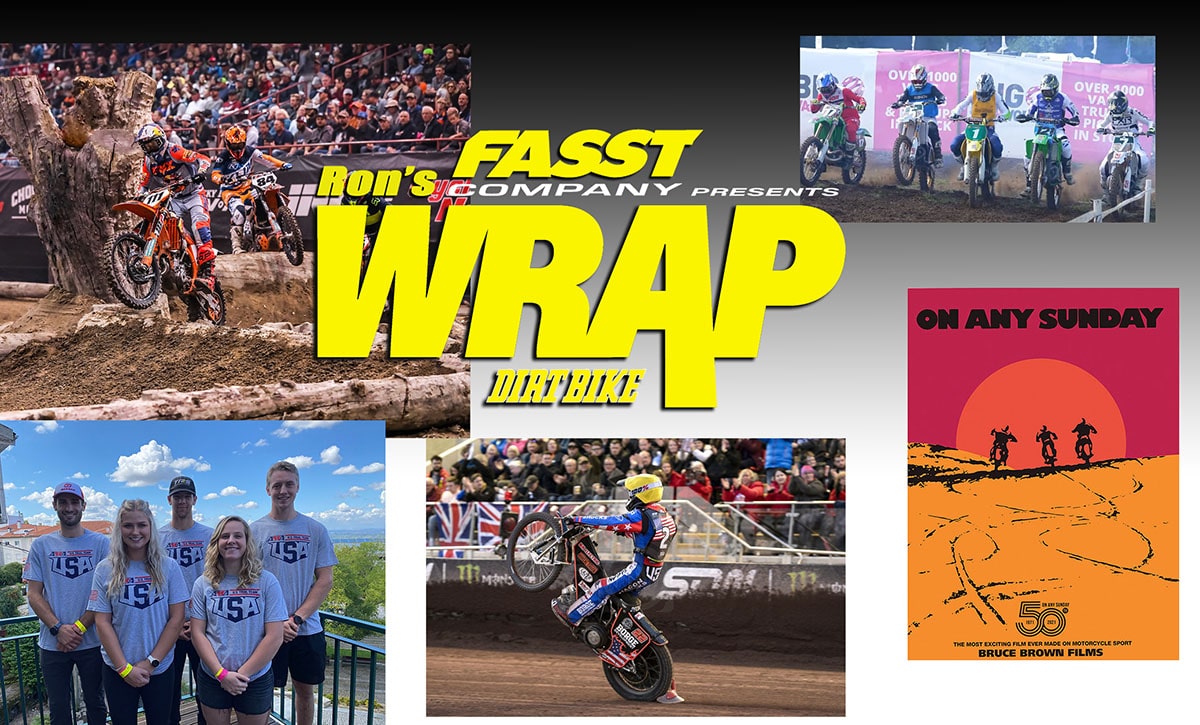 The U.S. attended the Vet des Nations at Farleigh Castle last week with Mike Brown, Doug Dubach, Sean Hamblin and Keith Johnson. They ended up third. Led by Gordon Crockard, Team Northern Ireland scored a narrow victory over Team Wales in the super competitive Evo Team races during the weekend. Team USA rider Mike Brown dominated the class with four hard fought wins. In the end, Brown was first, Johnson was eighth, Hamblin was 12th and Dubach was 19th.
In the secondary Twin shock competition British teams crowded the podium with Team South West taking a comfortable victory from England and the North of England. The winning team of Wayne Butt, Luke Hill, Lance Marshall and Terry House went into the final moto with a sixteen point advantage and when they packed the top ten positions they were able to celebrate before leaving the track. 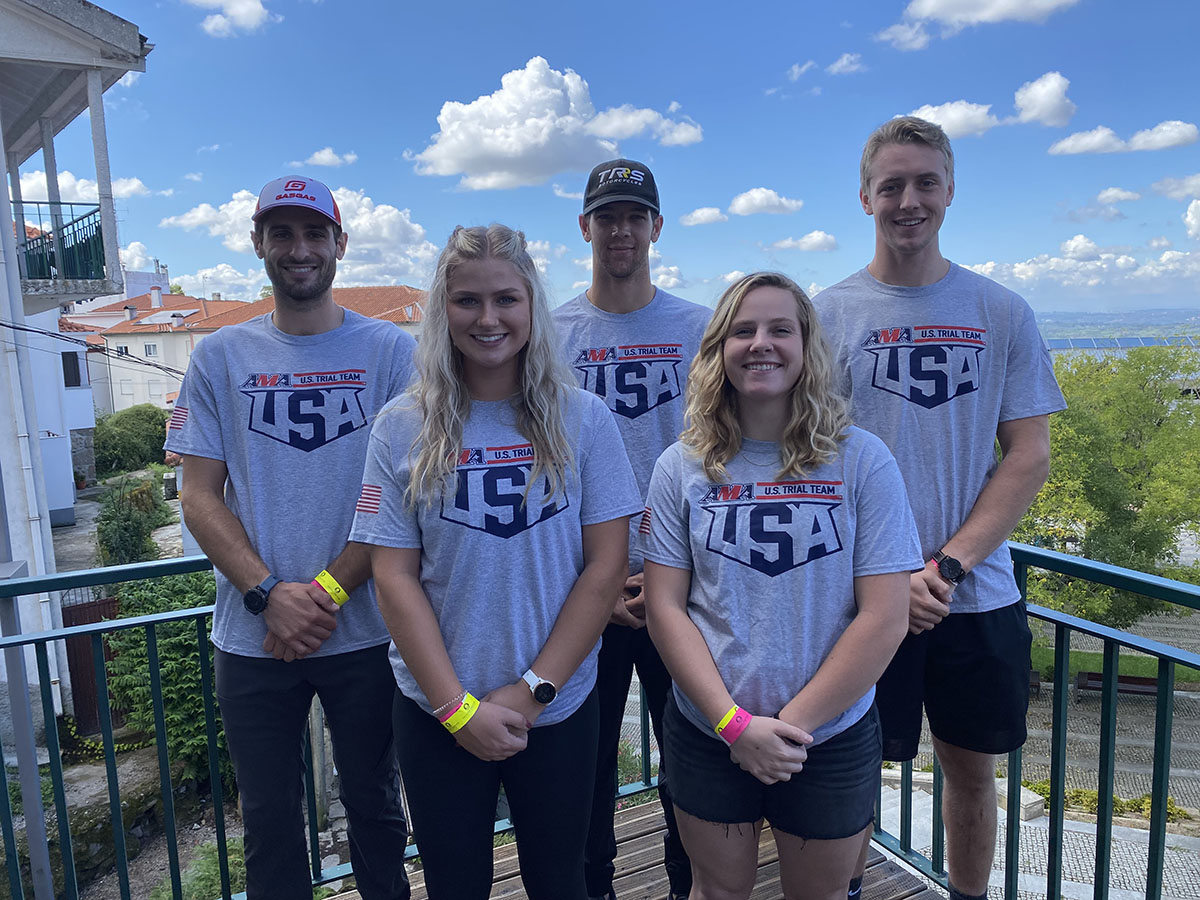 The 2021 FIM Trial des Nations will take place this weekend with a three-day event in Gouveia, Portugal, from Sept. 17-19. In the 2019 FIM Trial des Nations, the U.S. team claimed third in the International Trophy category, and riders Daniel Blanc-Gonnet, Josh Roper and Alex Myers — who served as the alternate — return to the team in 2021. The U.S. women’s team is also composed of familiar faces as Maddie Hoover and Kylee Sweeten return to the international stage. “The men and women’s U.S. Trial des Nations teams are ready to tackle the slick creek type sections of Gouveia, Portugal!” said U.S. International Trophy team rider Blanc-Gonnet, who is also serving as the interim team manager. “With solid performances from each of our team members in the U.S. Championship, we are confident they will perform well in their respective classes. A big thank you to everyone who donated to the team, without your generosity this would not have been possible!”

The U.S. women’s team will be competing with only two riders, as an AMA Endurocross conflict kept Louis Forsley from rounding out the team. Although a disadvantage, the event’s rules allow a team to be classified if two of its riders finish. Only the best two results per team are counted. 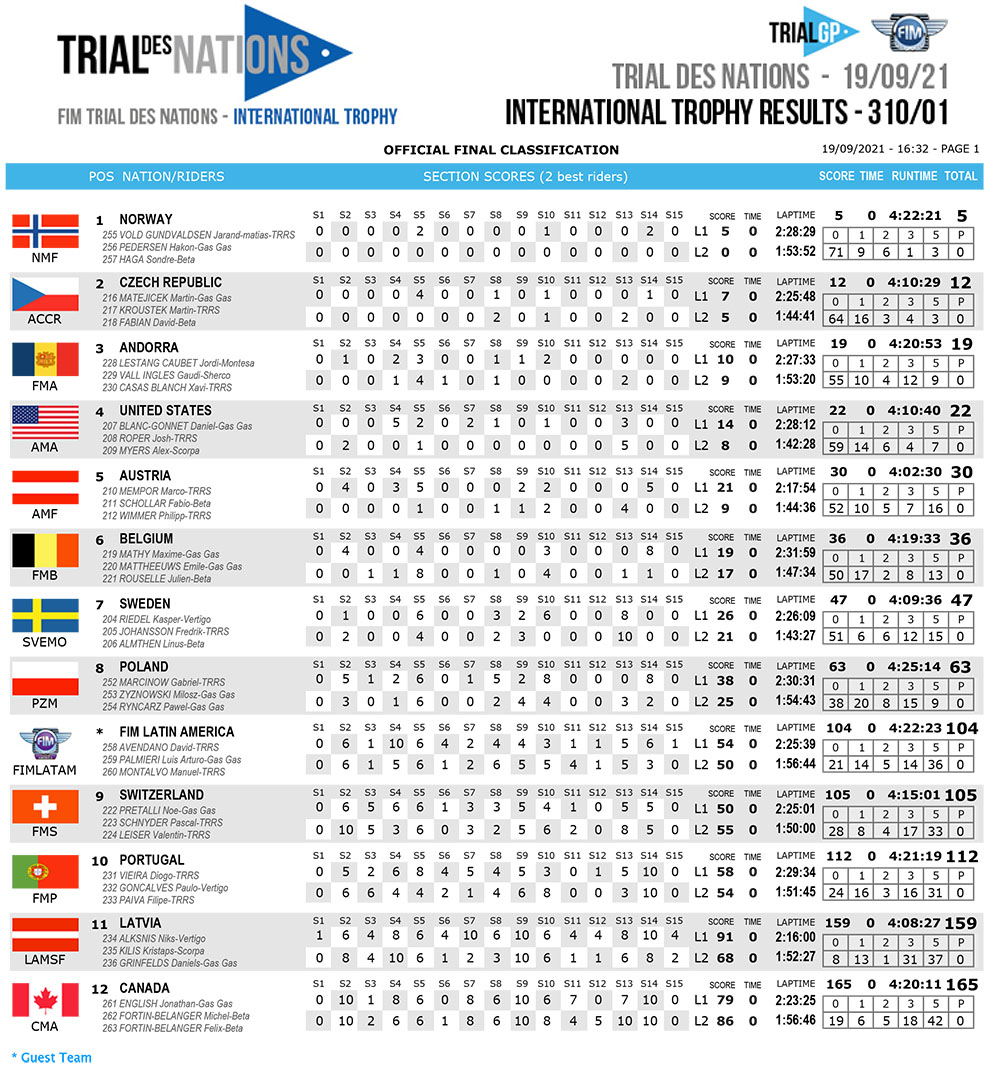 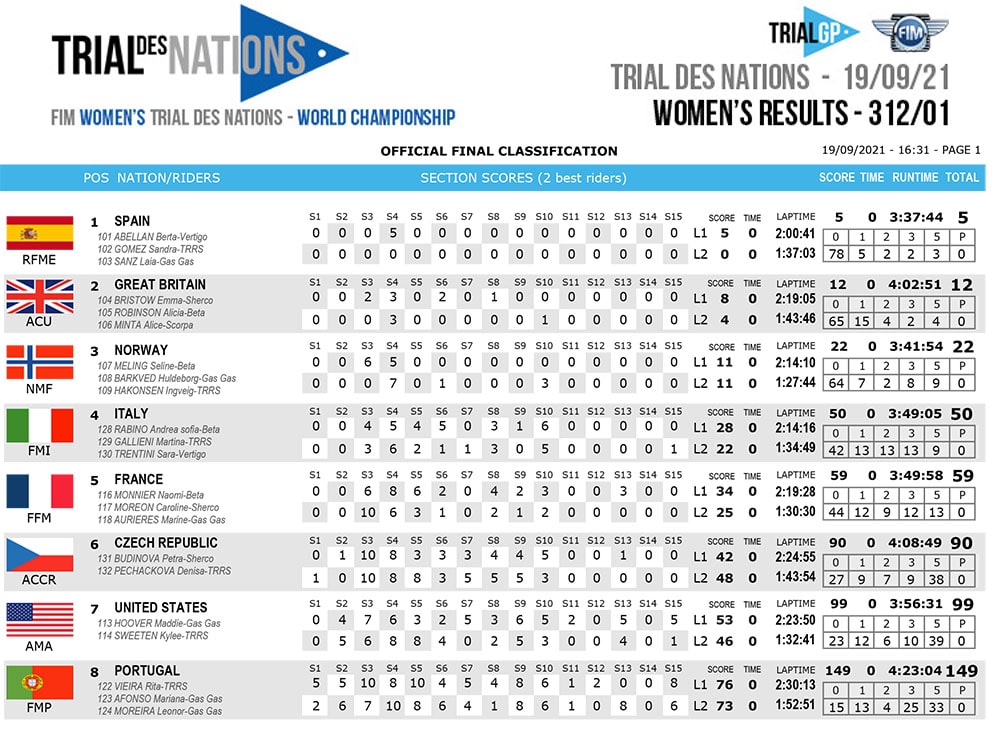 SPEEDWAY OF NATIONS: WE’RE THERE! 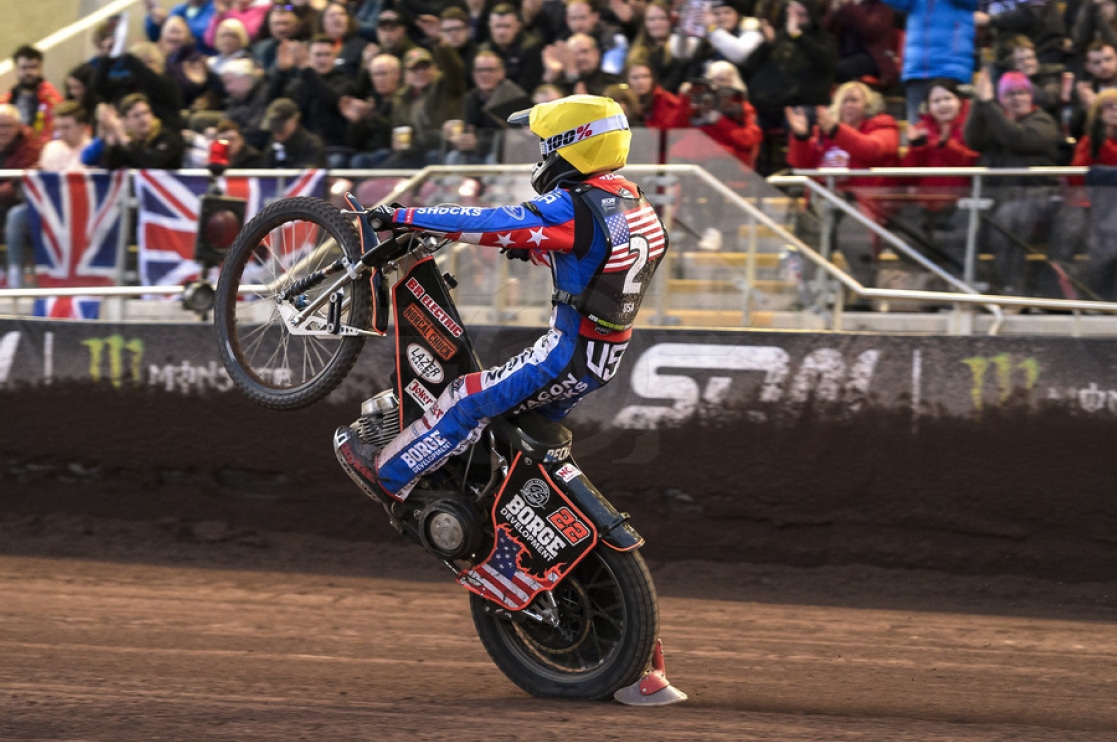 The 2021 Monster Energy FIM Speedway of Nations semifinals begin this weekend in Daugavpils, Latvia, providing the United States team with a chance to qualify for its first World Team Championship in 20 years. The U.S. team will compete in the first semifinal scheduled for Friday, Sept. 17, 2021, against Poland, the Czech Republic, Denmark, Slovenia, Sweden and Finland. The second semifinal will take place the following day with Italy, Australia, Ukraine, the Motorcycle Federation of Russia (MFR), Latvia, Germany and France.

“The Speedway of Nations is the ultimate challenge,” AMA Director of Racing Mike Pelletier said. “It brings together the world’s best Speedway competitors in a format that allows each rider to strive for the ultimate prize – World Championship glory. The U.S. team is prepared to meet the challenge and the entire American Speedway community supports their efforts.”

The U.S. team’s starting lineup is composed of senior riders Broc Nicol and Luke Becker, as well as under-21 rider Blake Borello. Dillon Ruml will serve as the senior reserve, and Anthony Dion will be the under-21 reserve.

UPDATE: The first semifinal is complete with the U.S. team finishing fourth and advancing to the quarterfinal. Results here. 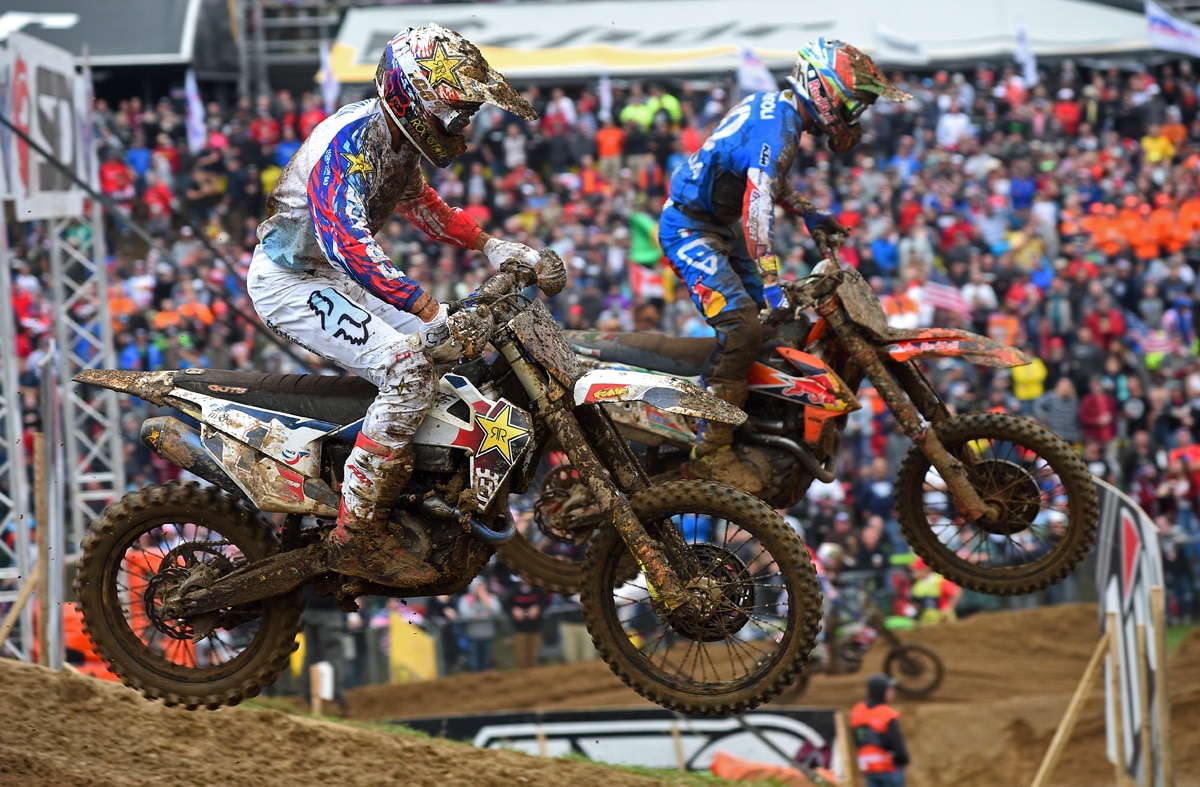 USA, Australia, New Zealand and Puerto Rico have opted out of the 2021 Motocross of Nations, but Mantova, Italy is still hosting the event next weekend (the 25th and 26th September) between rounds 10 and 11 of the 2021 Motocross World Championship.There are 33 teams confirmed. Rider numbers have been allocated based on the team’s finishing position from the 2019 MXoN. 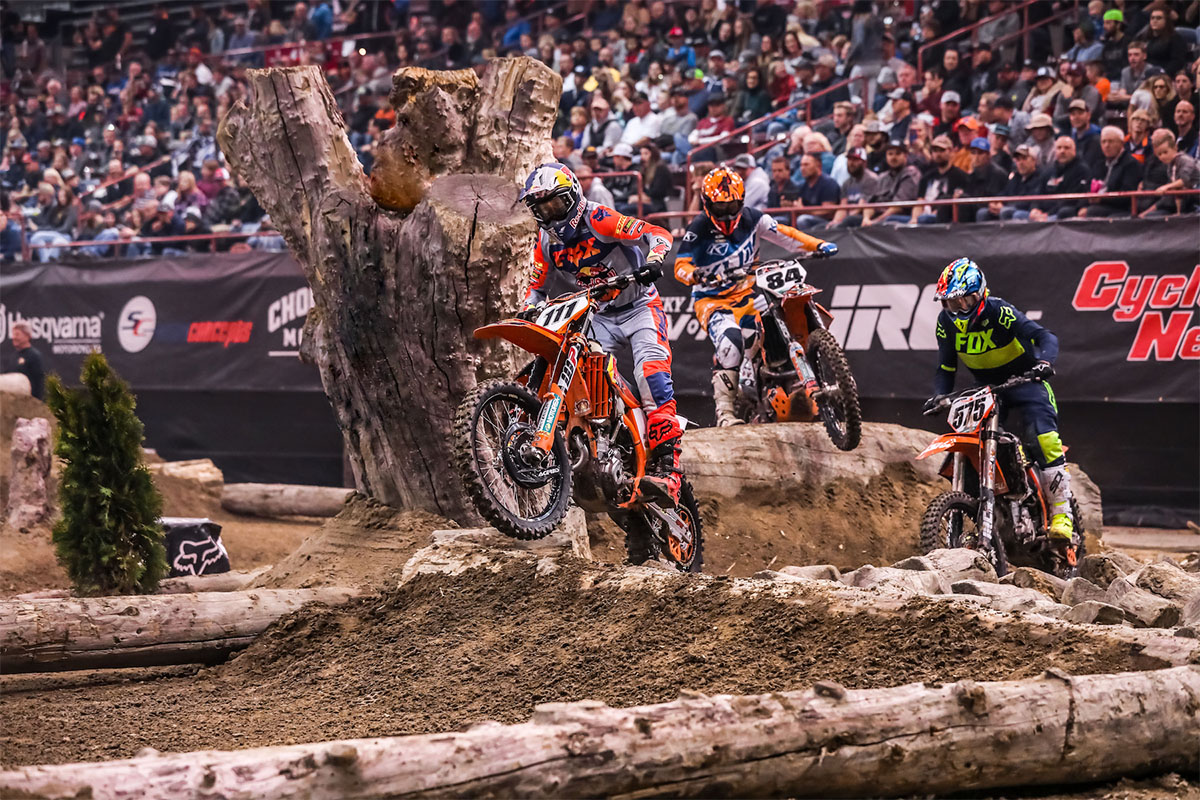 The six-round 2021 GEICO AMA EnduroCross series will kick off this Saturday, September 18th in Tulsa, Oklahoma. The EnduroCross Series makes its first appearance in Tulsa at the BOK Center.  The 2021 AMA Endurocross Racing Series will be live streamed via FloSports, a leading sports streaming and original content network, on its FloRacing Platform. It will then be released at a later date on MAVTV. “The AMA is looking forward to another great season of racing and working with Tod Hammock and the entire EnduroCross Team,” said Erek Kudla, AMA Off-Road Racing Manager, “With the expansion of the series into the Midwest more fans across the country will have the opportunity to experience the gnarliest off-road racing the sport  has to offer.”
Rockstar Husqvarna’s Colton Haaker will be back and aiming to earn his fifth AMA EnduroCross championship, which would tie him at the top of the list with Taddy Blazusiak. FactoryOne Sherco rider Cody Webb would normally be Haaker’s stiffest competition, but an injured wrist will have him starting the season on the sidelines.

Update: for results of round one of the 2021 EnduroCross season, click here. 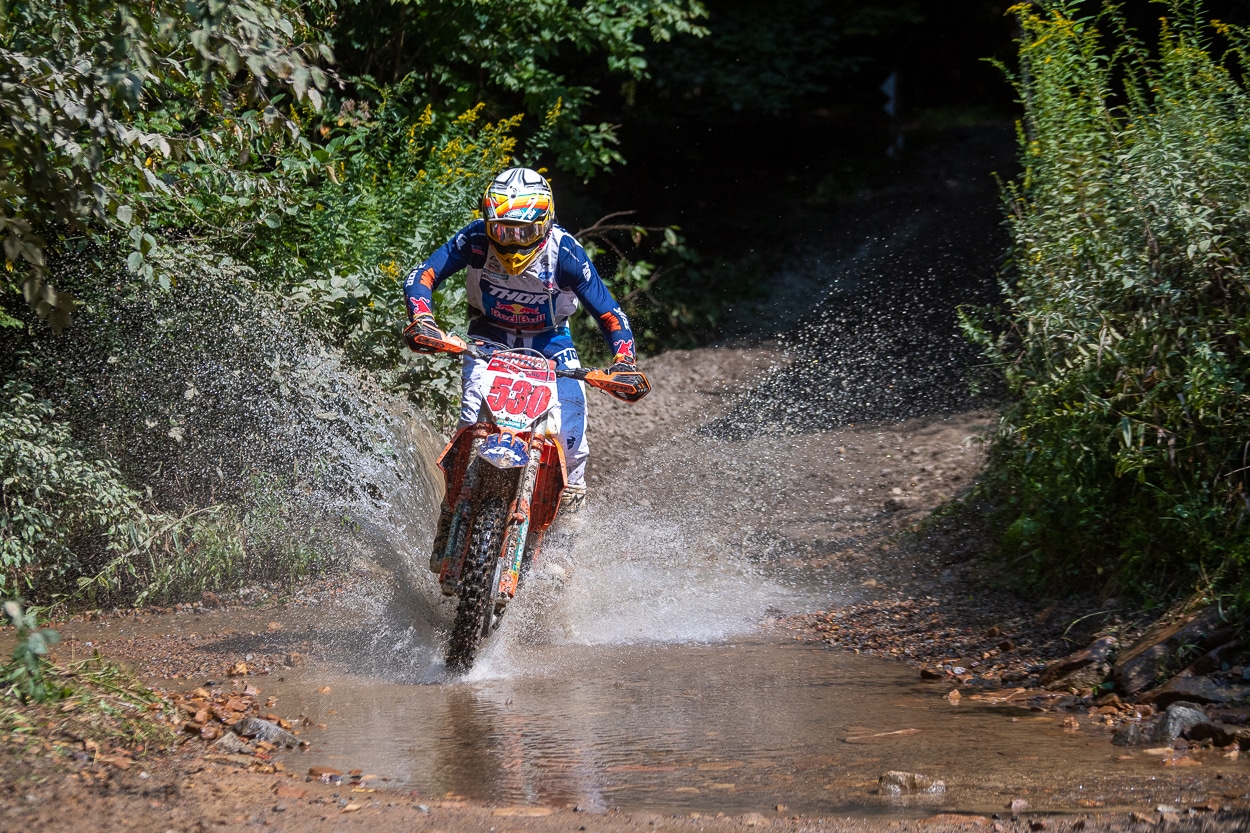 Round 11 of 2021 2020 GNCC Racing season will see the series return to Sunday Creek Raceway for the Burr Oak GNCC on September 25th. Sunday Creek traditionally hosts The John Penton GNCC each year, but the event was originally named Burr Oak when it was added to the series in 1990. With this return to Sunday Creek for a second event in 2020, the Burr Oak name was brought out of retirement and its fitting as this event was held in September a number of times through the late 1990s and early 2000s. 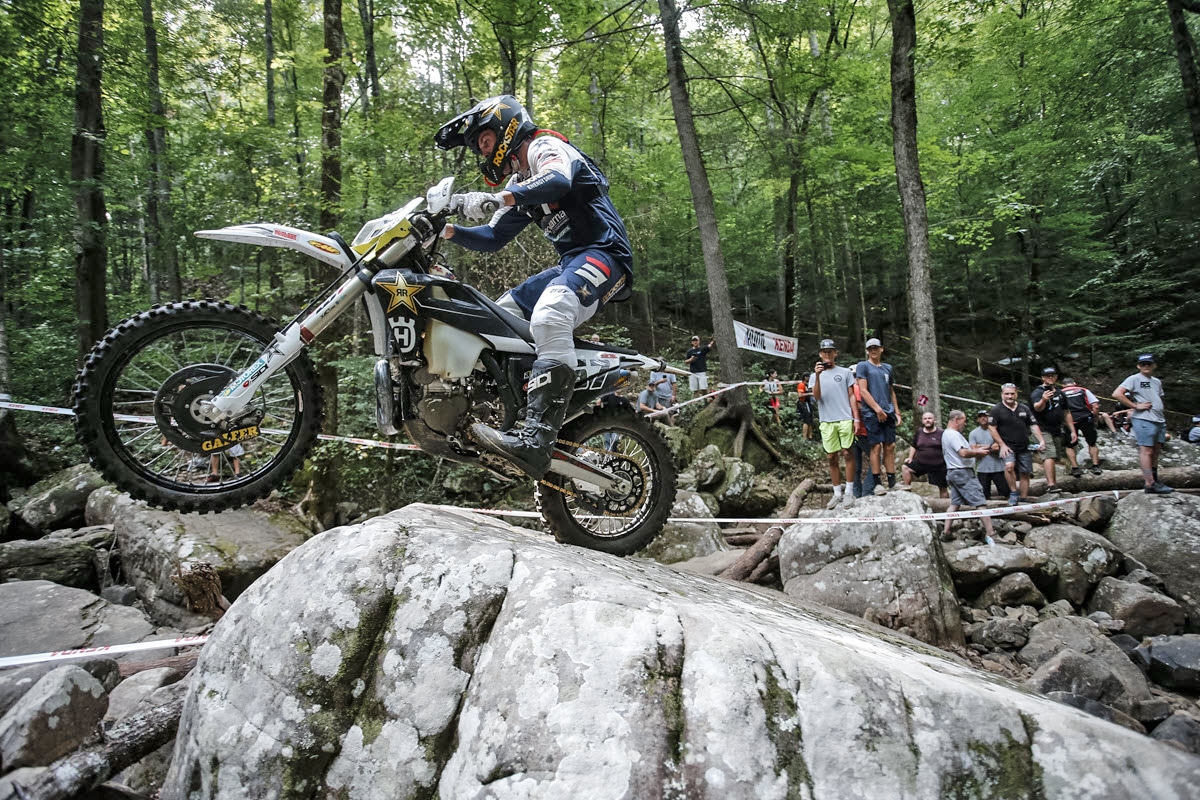 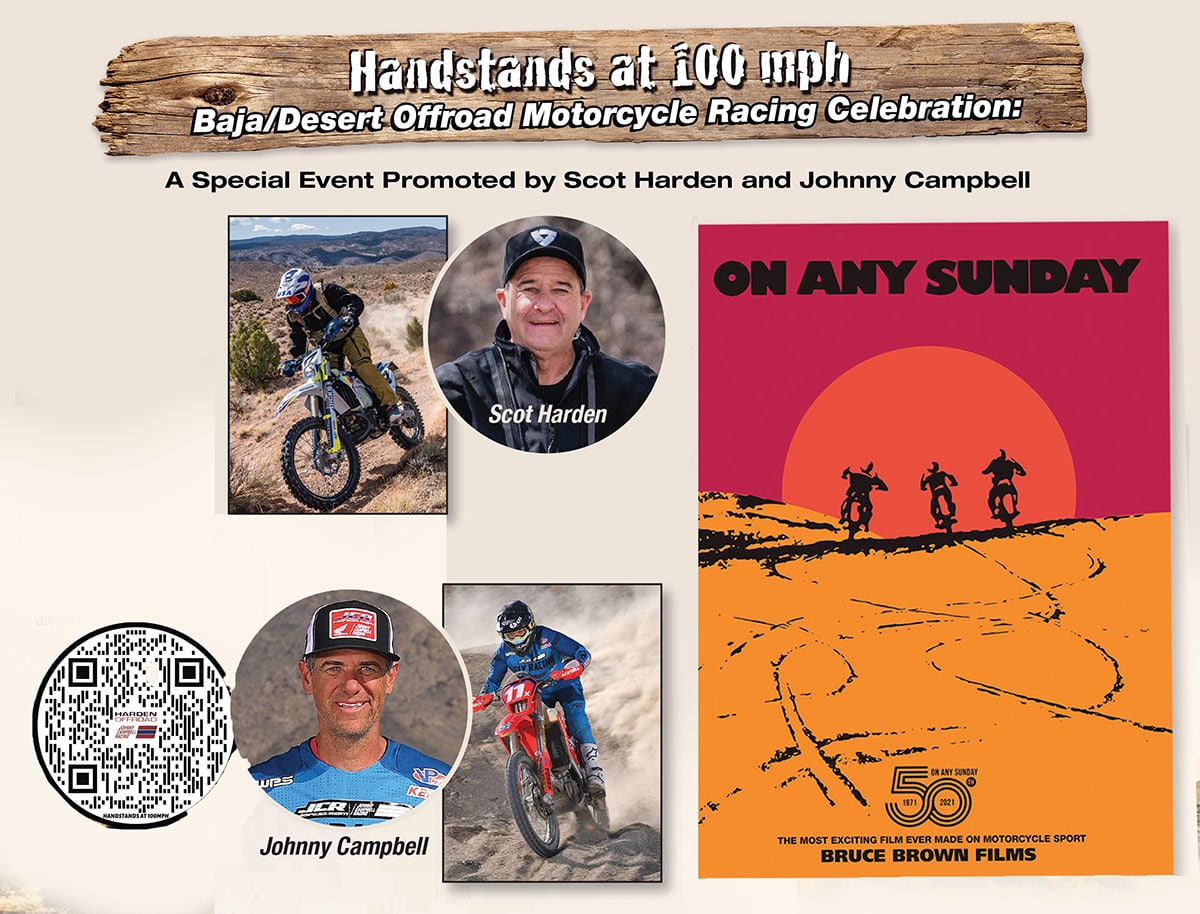 Scot Harden is hosting a private party/reception with presentations, interviews and an autograph session celebrating the Baja/Desert motorcycle fraternity with champions from across all generations followed by a private screening of On Any Sunday commemorating its 50th Anniversary. Plenty of bench racing, camaraderie and good times. “We want to bring the Baja/Desert motorcycle racing community together in a way never done before. We want to honor the heritage and legacy of the sport and pay tribute to those who have dedicated their lives to it. Here’s your chance to visit with past SCORE/BITD/D-37/D-38/MRAN and ADRA champions, friends and associates from the 60’s, 70’s, 80s, 90s, 00s and today along with some of the bikes that made history.” Johnny and Scot. An optional 90 mile dual sport ride will be held before the event led by Johnny and Scot. Start/Finish at Doffo Winery.
All activities to be based out of the spectacular Doffo Winery in Temecula, CA.
Reception / Party / Autograph Signing and Movie:
$49 per ticket (Includes taco plate, drink coupon, movie
and $10.00 donation to the Kurt Caselli Foundation)
Optional Dual Sport Ride – Includes Reception, Party and Movie:
$85 per rider (limited to 75 riders). (Includes GPs route, taco plate, drink coupon,
$10.00 donation to The Kurt Caselli Foundation)
When: Saturday October 16th, 2021
Dual Sport Ride: Starts 8:30am – Finishes 3:00pm
Reception / Party / Autograph Signing / Movie: 4:00pm – 9:00pm
Where: Doffo Winery, Temecula, CA
How: Register Online at www.harden-offroad.com
Contact: 951-491-1819
or [email protected]