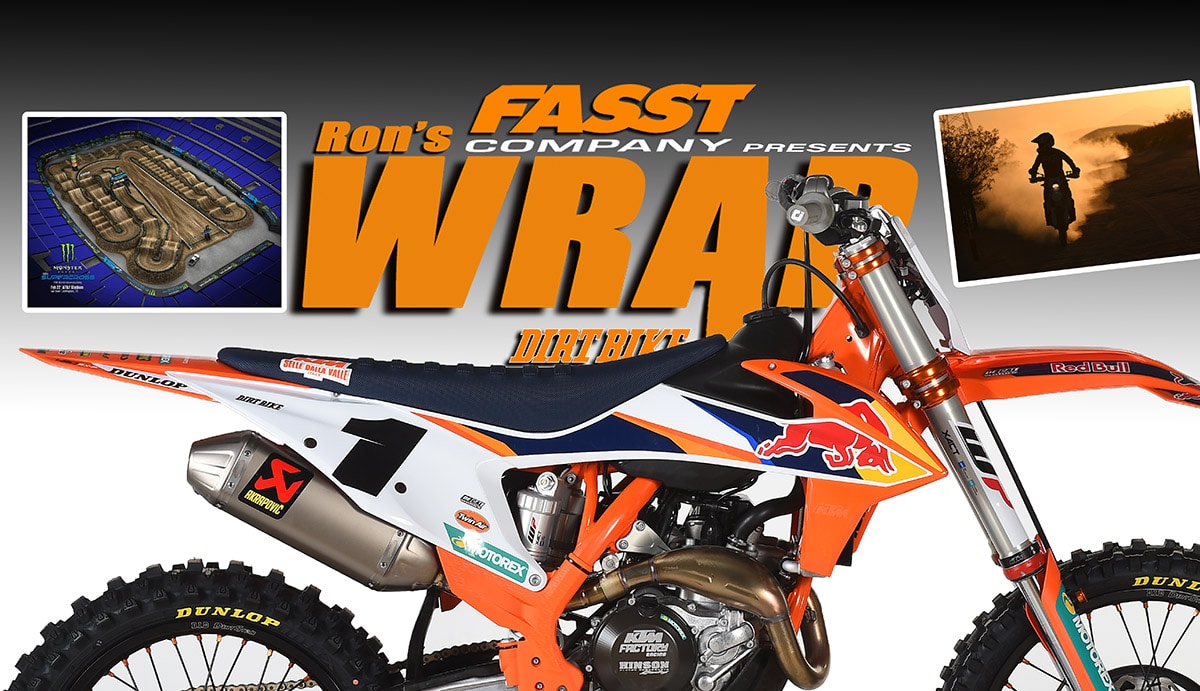 Last week we got to ride the 2020½ Husqvarna Rockstar Edition. This week it was KTM’s turn to debut the Factory Edition. This has been a KTM tradition since 2012. Usually, there are 500 of these made available at a premium price, and it’s a preview of the model to come.

This year, the Factory Edition has no major frame or engine changes. The most important new feature is a rethink of the WP XACT air fork. KTM has reaffirmed that they love this fork and it isn’t going away any time soon. As we all know, three of the four major Japanese companies went to air and then came running back. Only Yamaha stayed with coil spring forks throughout the era of air. WP’s air fork was the best of them, and that was all the encouragement they needed to stick with the concept and continue development. Interestingly enough, the changes to the new fork have very little to do with the fact that they are air forks. Most of the changes are redesigns  of the valving system. Of them all, the most important is the fact that the mid valve now has some “float.” Oil bypasses the valve stack initially, and that gives suspension tuners a lot more freedom to do their thing. There’s also a change from a hydraulic any-bottoming system to a bump-stop rubber. There are a couple of a change to the air balance chamber. This is a self-filling chamber that works in opposition to the main air chamber. The passage that fills the balance chamber closes at a different part of the stroke and the chamber itself has less volume.  There are a great number of other suspension changes, mostly concerning friction. 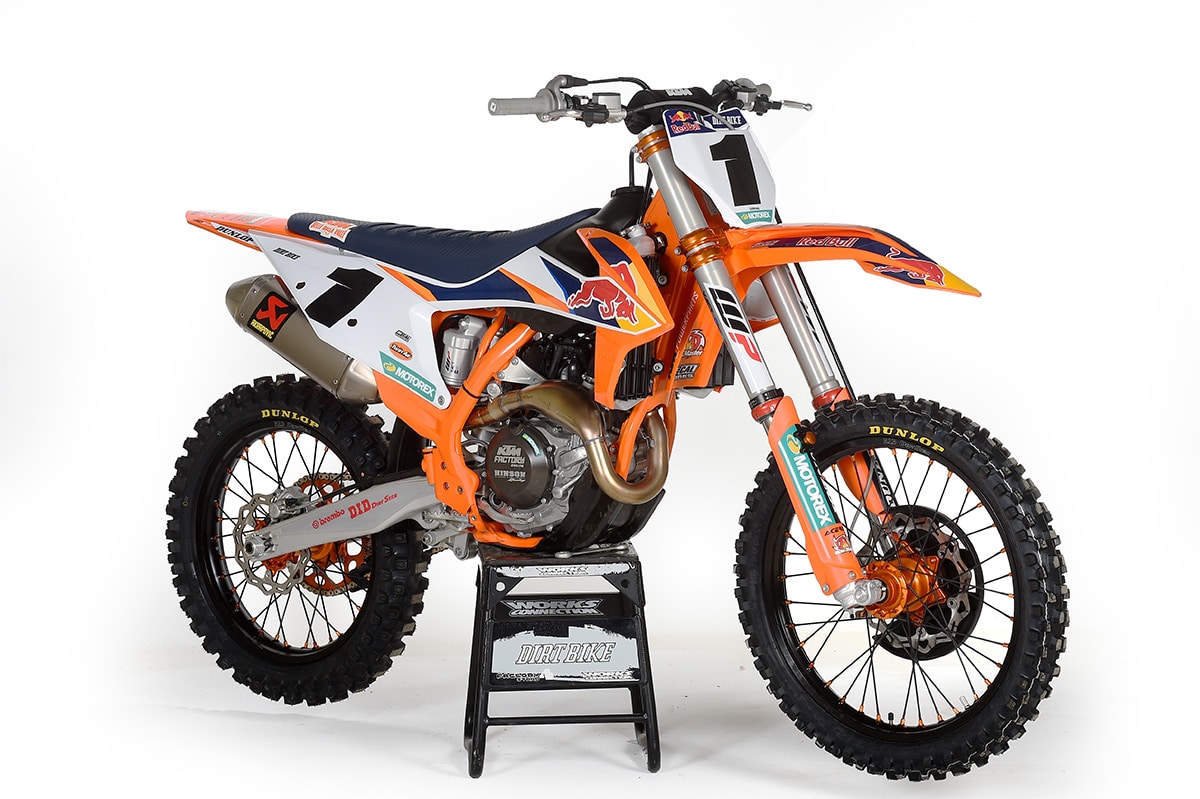 The Factory Edition gets a long list of extras, starting with the Akrapovic titanium slip-on muffer. It also has a Hinson clutch cover, a machined triple clamp, a holeshot (fork hold-down) device, upgraded wheels and a whole lotta bling–including the orange frame. 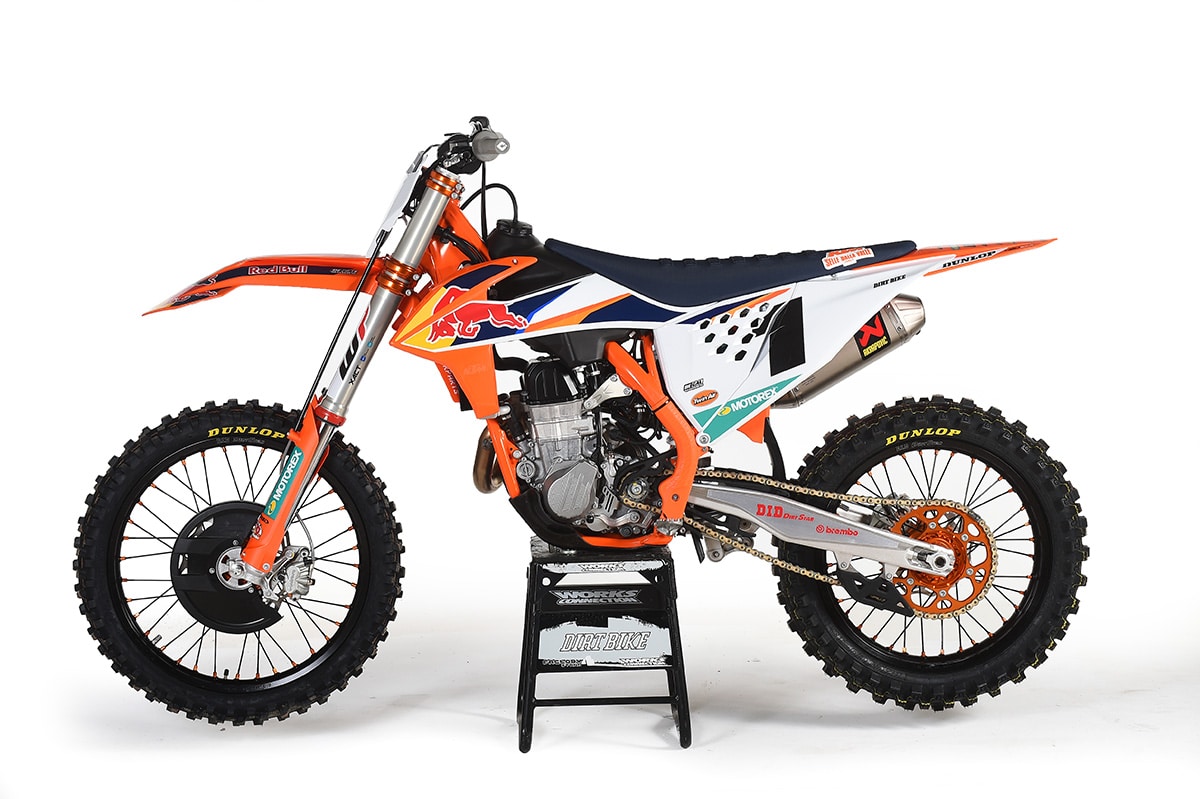 After riding the bike for a day, we’re stunned at how such seemingly small changes can make a big difference. Our biggest complaint about the standard KTM 450SX-F is that it’s not comfortable. It has a hard, harsh feeling chassis. We blamed it on the frame, which was made stiffer last year, but we might have been wrong about that. The Factory Edition has the same frame, but the harshness is pretty much gone. The bike has a new cushy, compliant feel that we love. There’s also an even bigger difference between the two EFI maps that can be selected through the handlebar switch. Map 2 has more bark. This is even more noticeable that it was last year. Our test bike had the vented airbox cover, and we haven’t yet ridden it any other way.

This week was the start of our 2020 Dual-Sport shootout. The job sequence is 1: acquire the bikes, 2: weigh the bikes, 3: shoot them in the studio in stock form, 4: change the tires, 5: shoot them in the studio again, 6: shot video, 7: shoot action. 8: test the bikes. Now that steps 1-7 are done, the fun part begins. Then it’s step 8: put it in Dirt Bike Magazine. Yesterday was a long day, where we shot photos and video in the high desert. Along the way, we visited Cuddeback dry lake and the Husky Monument. A big thanks to Mark Tilley, Travis Fant, Gary Jones, Sean Lipanovich, RJ Wageman and Sean Foos. Here are some of my snapshots from the adventure. 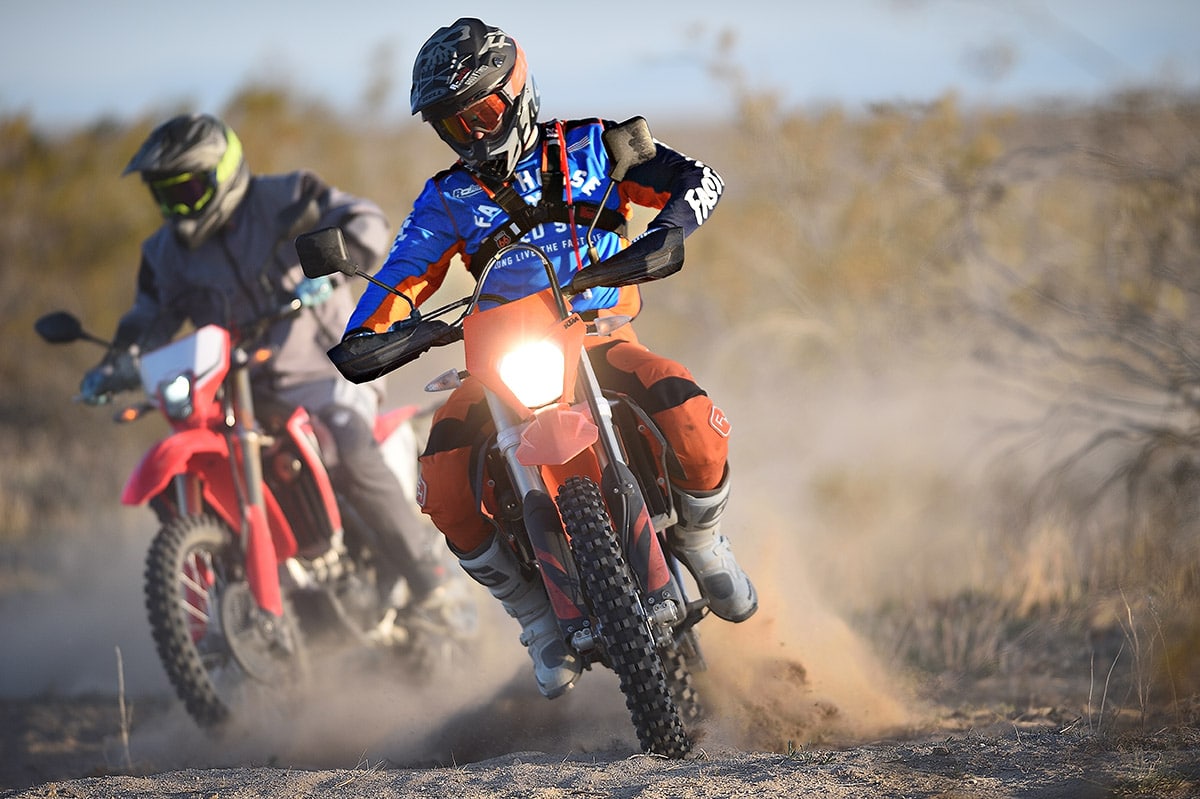 There are a number of bikes that will be featured in the June, 2020 print issue of Dirt Bike. Here are a couple.

That’s all for this week.