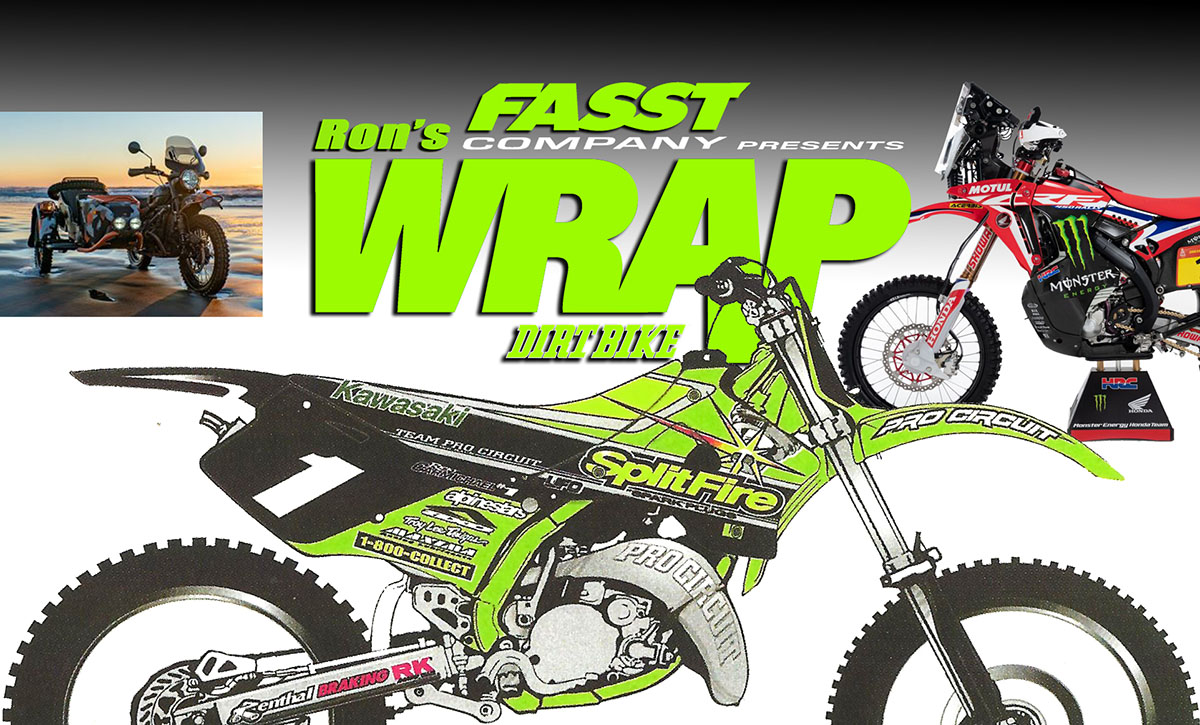 At the beginning of 1998, Ricky Carmichael’s Pro Circuit Kawasaki KX125 was fitted with his first number one plate. Until that time, AMA National MX championships had only gone to factory bikes and factory riders. Back in the late ’90s, Pro Circuit was one the few teams in the gray zone between privateer teams and factories. Some had won regional Supercross titles, but none had won an outdoor championship–until Ricky. Prior to the start of the ’98 season, we got the chance to ride with Ricky’s new number one plate before he did.  Here are some quotes from that story, which originally appeared in the January, 1998 issue of Dirt Bike.

Building a National-championship race bike is complicated, even in this age of the production rule. In some ways, it was easier in the days of full works bikes. Back then, the factory just built a bike from scratch. Engineers could do anything they wanted and not worry about getting protested or fined. Now all the top teams have to walk a fine line right on the edge of the rulebook. For instance, the rulebook says you can’t alter a motorcycle’s frame, aside from the addition of gussets and braces. However, it doesn’t say you have to use the stock rake and trail. So if the rider wants sharper steering, how do you change the rake without changing the frame? It can be done. In the case of Carmichael’s bike, the top and bottom bearing races inside the steering head are offset in opposite directions. That makes the rake steeper without changing the steering head. The same type of thing has been done for years on Honda factory racers.

Ricky’s mechanic Chad Watts pointed out the barely visible offset in the top race. “In the past, I’ve heard that factories have altered the motor location in the same way,” he explained. “The engine’s rear swingarm bushing can be remachined to raise or lower the back of the motor, which raises or lowers the countershaft sprocket in relation to the swingarm pivot.” Ricky’s bike didn’t receive that treatment, but the frame did get some gusseting around the bottom shock mount and footpegs before being powdercoated in the factory fluorescent green color. Ricky isn’t exactly tall, so the subframe gets shortened and a lower seat is installed.

Frankly, it isn’t the frame that needs work on the KX. The motor has what salesmen like to call a “friendly little powerband.” No National motocross was ever won with a friendly little anything. A lot of cylinders hit the junk pile before the porting was finalized. The compression is increased, of course–the stocker was made to run on Citgo regular with octane only slightly higher than cheap beer. The race bike runs on race gas. The new bike has a Power Jet carb, which helps the top end out a little, but even it gets a bore job. Of course, the pipe and silencer are Pro Circuit items. Right now the ignition is stock, although before the Nationals start, the bike might get a programmable black box from Japan.

The suspension was set up with Ricky’s outdoor specs when we rode the bike. It wasn’t works suspension, but it might as well be. There is a lot of works technology there; the biggest difference is that the Pro Circuit stuff is for sale. If you asked for the exact setup that Ricky used, you could get it. The shock gets a factory bladder kit, a works bumper, a stiffer spring, different valving and shorter pull rods. The fork gets the factory KYB kit and stiffer springs and valving.

We took it out to Glen Helen and put Spud Walters on the machine. Spud doesn’t look very much like Ricky. He’s tall, big and hardly has a freckle on his entire body, but he does ride a YZ125 in the West Coast Supercross series, as well as CMC and GFI races. We made him ride the stock KX back to back with Ricky’s bike. He was impressed.

“It pulls really hard in the middle,” he said. “It makes the stocker feel really slow everywhere.” That’s tricky. We have ridden a lot of fast KXs, but the faster they are, the harder they are to ride. There’s something about the little Kawasaki motor that demands trade-off. This is the only one around that gains bottom, middle and top compared to stock. The motor feels willing, for lack of a better word. It jumps when you wick it up. As far as the suspension goes, it was great, even for us. Evidently, Ricky’s lack of weight and our lack of speed canceled each other out.

The story of Ricky Carmichael’s 1998 Kawasaki KX125 will be presented again in the March, 2021 Print edition of Dirt Bike as part of our on-going countdown to our 50th anniversary.

Ural has a new twist on an old concept with the 2021 Limited Edition Geo. It has upgrades in suspension, capacity and performance, But more than anything else, it has a very cool video.

Feld has revised its 2021 Monster Energy Supercross schedule and the events in Glendale, Arizona have been excluded. The 17 races will be held in five states that, as of now, are most friendly to allowing limited spectator attendance. There will doubtlessly be more updates coming. 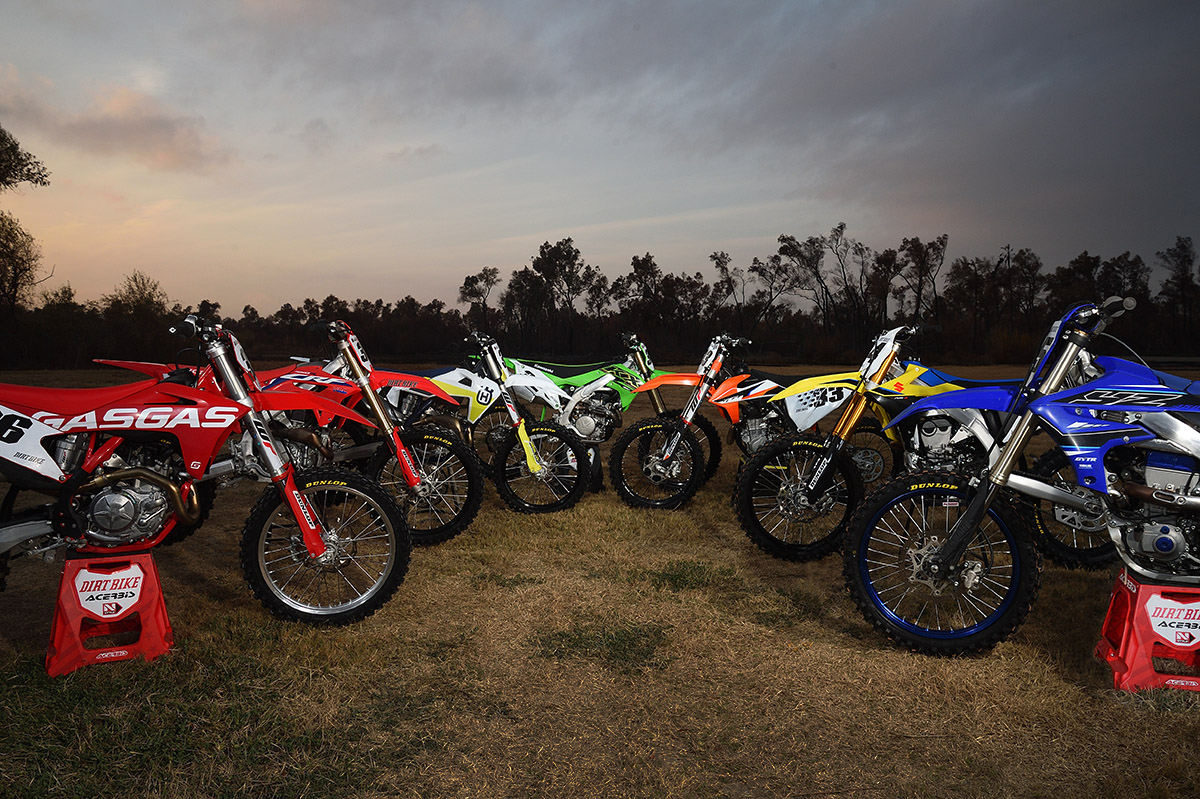 Yes, we will have a 450 shootout for 2021. The cast of characters is assembled now. We felt it was important to wait for all the bikes, including the GasGas MC450F and the Suzuki RM-Z450. That made for a seven bike shootout.  In the case of the Suzuki, no 2021 models are in the country, but we did obtain a 2020 model from Simi Valley Cycle. It is mechanically identical to the 2021 model. The video will be out within a week or so. Stay tuned! 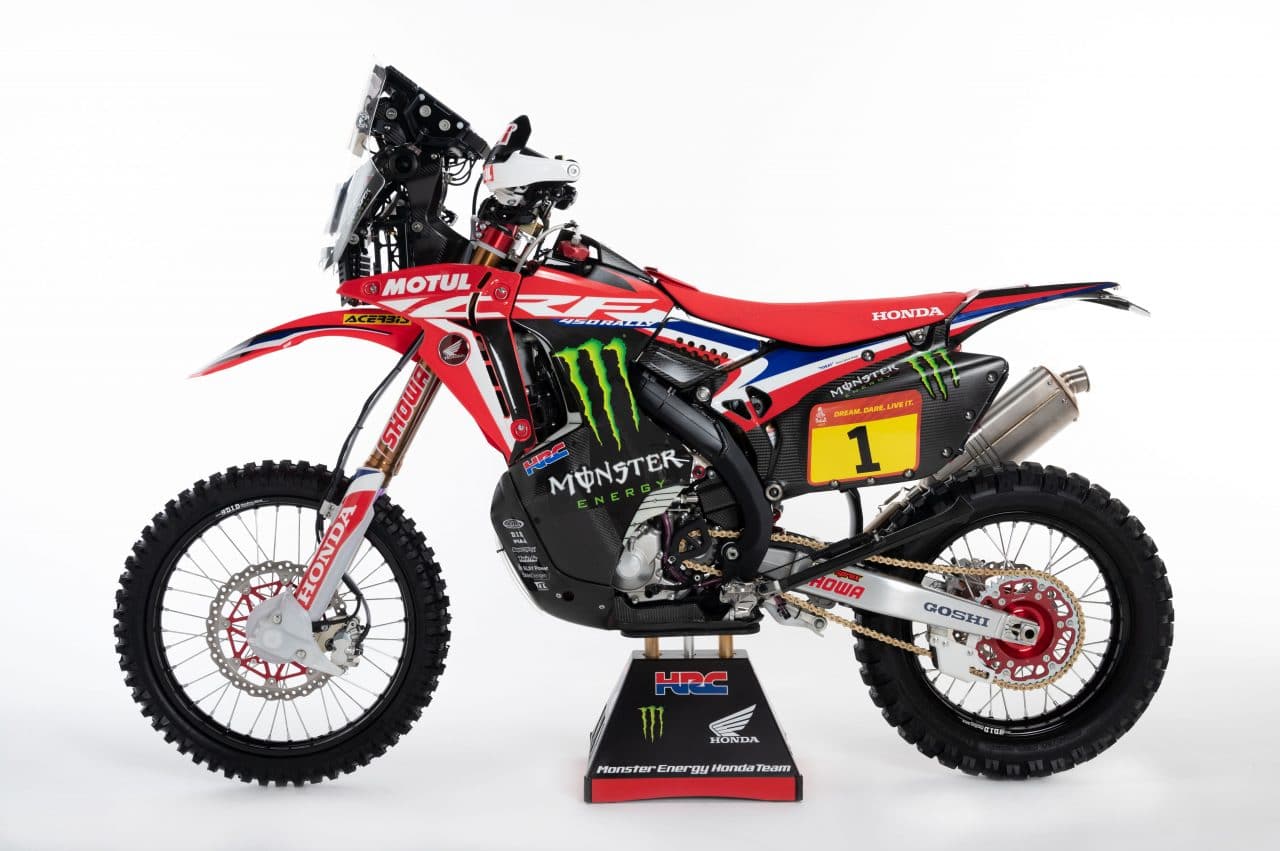 Ricky Brabec, José Ignacio Cornejo, Kevin Benavides and Joan Barreda will be the four official Monster Energy Honda Team riders to take part. All four finished the last edition of the Dakar, as Brabec made history, not only by clinching the overall victory, but also becoming the first American rider to do so. Ricky will get to carry the number one plate when the event starts on the second of January.

HOW TO CHOOSE THE RIGHT MOTORCYCLE FOR YOU