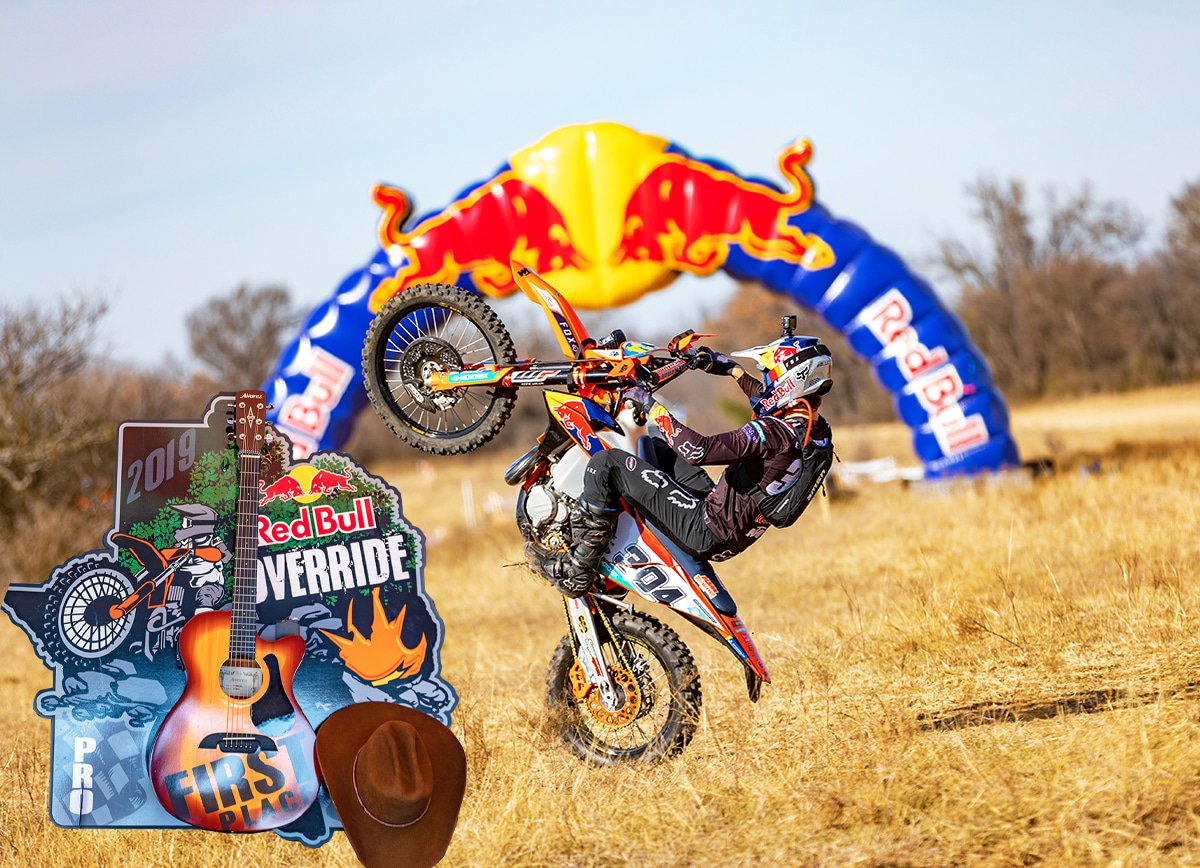 The Texas based Red  Bull Override Extreme event was built around a 6-hour hard enduro race, incorporating a unique format featuring three “override routes,” each offering a risk vs. reward challenge in the quest to attain victory. Both amateurs and professionals took part in the several classes of racing offered. 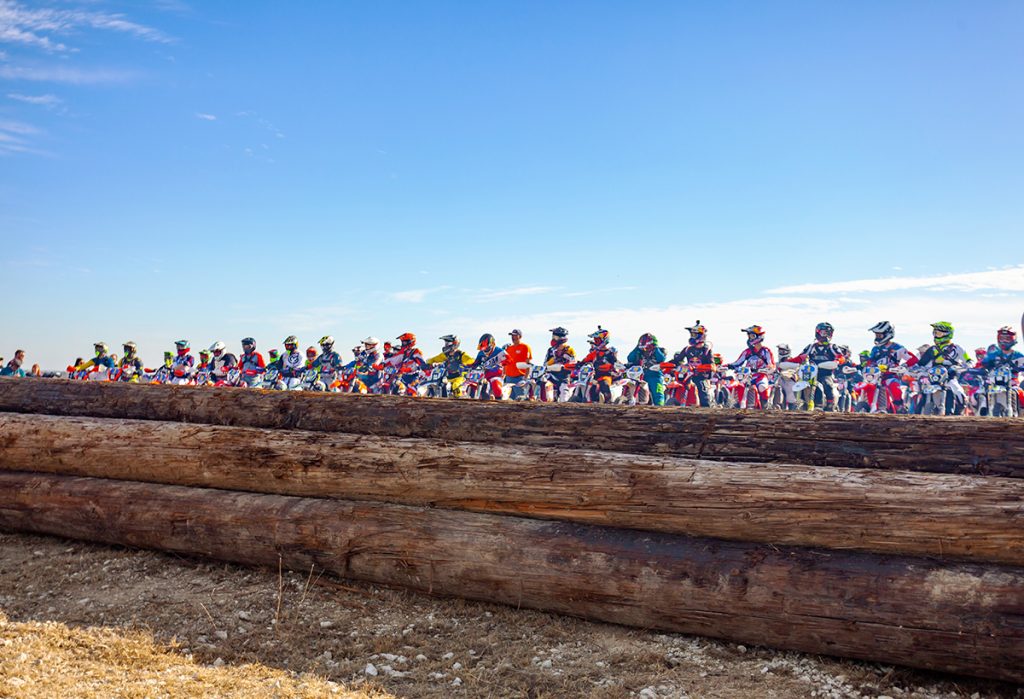 The race took place in Decatur, Texas at Rocky Ridge Ranch. The weather was almost perfect until the sun went down and then it was fairly cold at around 40 degrees. Turn out, 97 participants and not onefemale. A decent Pro entry with a few big names made the trek, no doubt inspired by the $15,000.00 Pro Purse.

The OverRide race was…different. A traditional hare scramble start with dead engine and Cody Webb flying the green flag. The whole line goes all at once and had to get over 3 stacked telephone poles in order to get started. The format was a bit odd as well…a 6 -hour race running from 2pm – 8pm. It got dark around 5:30, so most riders were riding with both headlights and helmet lights.

Trystan had never raced in the dark before, and he said he really liked it. He did not get the chance (having come from Indonesia the week prior) to test his helmet lights, but said they worked really well, and it was ‘cool’. He hit a branch and knocked one of the lights off at one point but was able to put it back on without a problem.

Trystan had two different mechanical issues; rear brake seized up at the start of the race but he was able to fix that without having to pit which would have cost him much more time. The second was a hole in his radiator hose, which happened on his second to last lap. He would not have made it without pitting so he came in and a KTM and SRT tech were able to cut a hose in order to fix the issue so that he could finish the race. This also cost him a bit of time but not enough to let Cory Graffunder take the final podium position. Cory would have to settle for a 4th, with Sherco rider Nick Fahringer coming in 5th and Beta rider Max Gerston in 6th.

Only the top 2 riders would complete 8 laps total. Third through 7th did 7 laps with the 8th – 11th positions clocking in 6 laps.

Most of the riders complained of arm pump and cramping. Understandable since the event was long and somewhat fast as you really needed to keep the pace going in order to make it up some of these steep hill climbs.

The winner Manny Lettenbichler said some cramping, and fatigue kicked in around lap 6. He said on laps 7 and 8 each time he came in he was hoping they’d tell him that was the last lap, but then he had to keep going. The lights added a ‘fun feature’ as he called it.