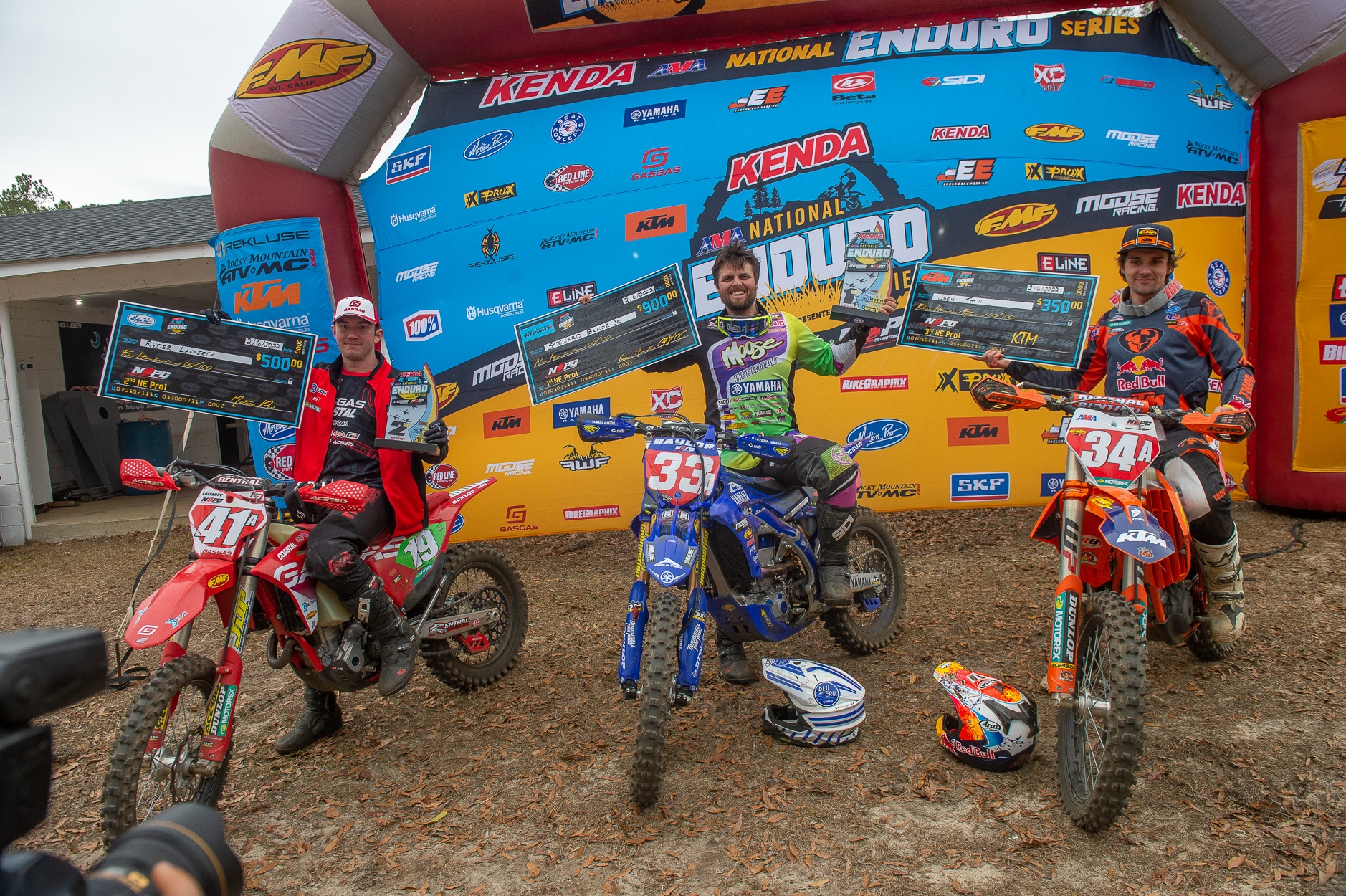 Steward Baylor started off the 2022 Kenda AMA National Enduro Series in the best possible way by winning the opening round of the series in Sumter, South Carolina. The AmPro Yamaha rider won three of six tests, finishing 32 seconds ahead of Coastal Racing GasGas’ Ryder Lafferty.

Rain leading up to the event left Sumter’s sandy soil in prime condition for racing, as nearly 1000 riders took to the 62-mile event, despite frigid temperatures and brisk-winds dominating the weekend.

After winning test one, Baylor struggled with lappers during the second, third and fourth tests, but finished off the event with two strong test wins to seal the victory.

Lafferty turned a few heads with his runner-up finish. The New Jersey-native won the third test of the day after finishing second in the previous test, although he ran mostly under the radar since he started on row 41, and it was test four before Baylor and the rest of the top five even knew he was in the mix.

Toth suffered injuries at the opening rounds of the series in 2020 and 2021, so he couldn’t be faulted if he was riding with some caution at this year’s opener. Despite playing it somewhat safe, the Connecticut rider still landed on the podium with a third-place finish.

Five-time National Enduro Champion Russell Bobbitt made a surprise appearance at Sumter and came away with 10th overall on his Gnarly Routes KTM. Russ came out of retirement in 2019 and won the Sumter event, so no one was counting him out of this year’s race.

Despite a few crashes in the last three tests, Ben Nelko took the win in the NE Pro 2 class on a Honda sponsored by Steel City Men’s Clinic. The former pro motocrosser won three of the six tests en route to his victory.