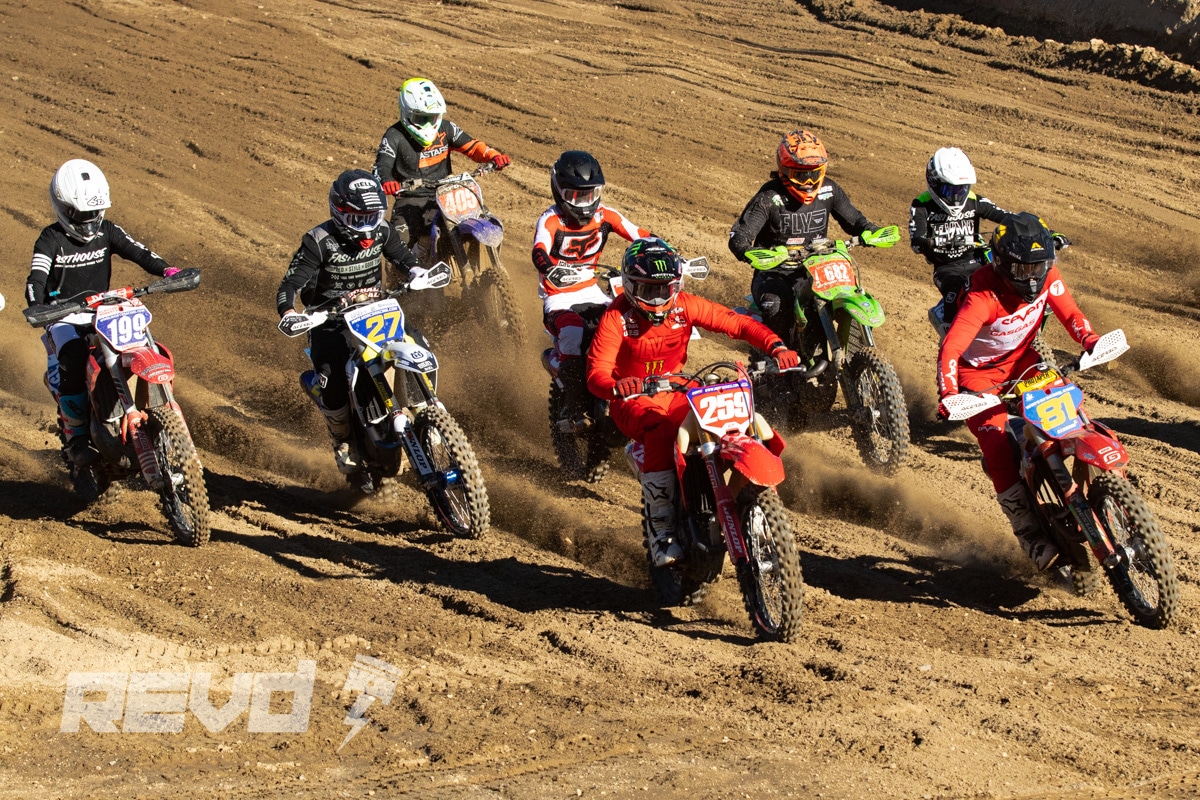 SRA GP Racing is already two races deep into the 2022 season. February’s grand prix came together despite the worst efforts of Mother Nature to blow out the lights. After several days of Santa Ana wins, Sunday was relatively calm, at least by Glen Helen standards, rewarding the faithful with decent course conditions. The star of the first race was Gordon Ward, who was riding a new KTM 450 instead of his familiar Yamaha. Gordon has to make a decision as to which class he wants to demoralize each week, as the 30+ and 40+ classes are started on the same line. Ward was an official entry in the 40+ class, even though he won the race overall. That left Josh Cox, Josh Fout and Tyler Smith to battle for the 30+ class. In the end, it was Cox on top.

The second race might have been another Gordon Ward benefit, and he did a quick turn-around to join the 50+ class. Unfortunately, Ward went down on the first lap, leaving Craig McCall to battle with Mike Marshall for the class win. McCall and Marshall were never more than a few seconds apart. After 45 minutes of racing, McCall won by 2 seconds. Fifth overall in that group went to Mikayla ielson, who started back on the fourth wave with the women experts. By rough count, she had to pass around 50 riders to reach the top 5. Kelana Humphrey put in an exceptional performance in the Super Mini class to top Brennen Watson and Patcik Nguon.

The Pro class at the end of the day had an epic battle between Justin Hoeft and Tallon LaFountaine. La Fountaine looked like he was slowly edging away until the halfway mark, when he had trouble and lost the lead to Hoeft. Dalton Shirey and Giacomo Reondi got to watch the whole thing from fourth and fifth. For full results, go to SRAGP.com.