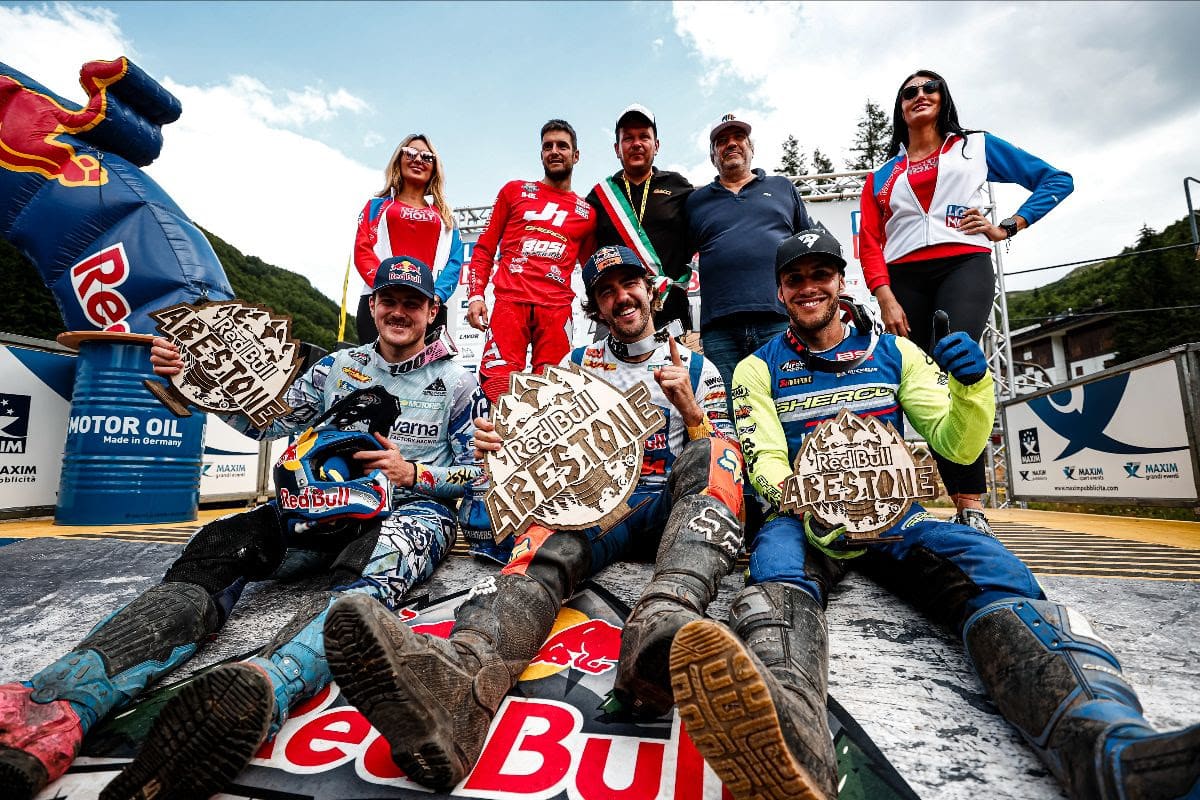 After Saturday’s JUST1 Straight Rhythm qualifier it was Bolt who led the field away for the LIQUI MOLY FINAL A, starting 1953 metres above sea level at the Abetone gondola. AG Racing Team 89’s Alfredo Gomez was next to leave the start line 30 seconds later, with Lettenbichler the third rider flagged away a further 30 seconds behind Gomez.

Between high temperatures and a brutally tough course, the two-lap race would prove a hard task for all. Bolt opened the course, but after 45 minutes Lettenbichler had already disposed of Gomez and was closing in on the Husqvarna rider. Despite pushing hard, Bolt had no answer for Lettenbichler and midway through lap one, the German got out in front.

Behind the top two, the fight for the final step of the podium was exciting. Gomez held third for the majority of the race, but a late-starting Roman was charging. The Sherco rider was picking off riders left, right, and centre as he worked his way up the leaderboard. Ending lap one inside the top five, he knew a podium result was on the cards. Leaving it all on the track, he caught and passed Gomez to get the job done and claim third.