KTM VS HUSKY–WHAT’S THE REAL DIFFERENCE? THE WRAP 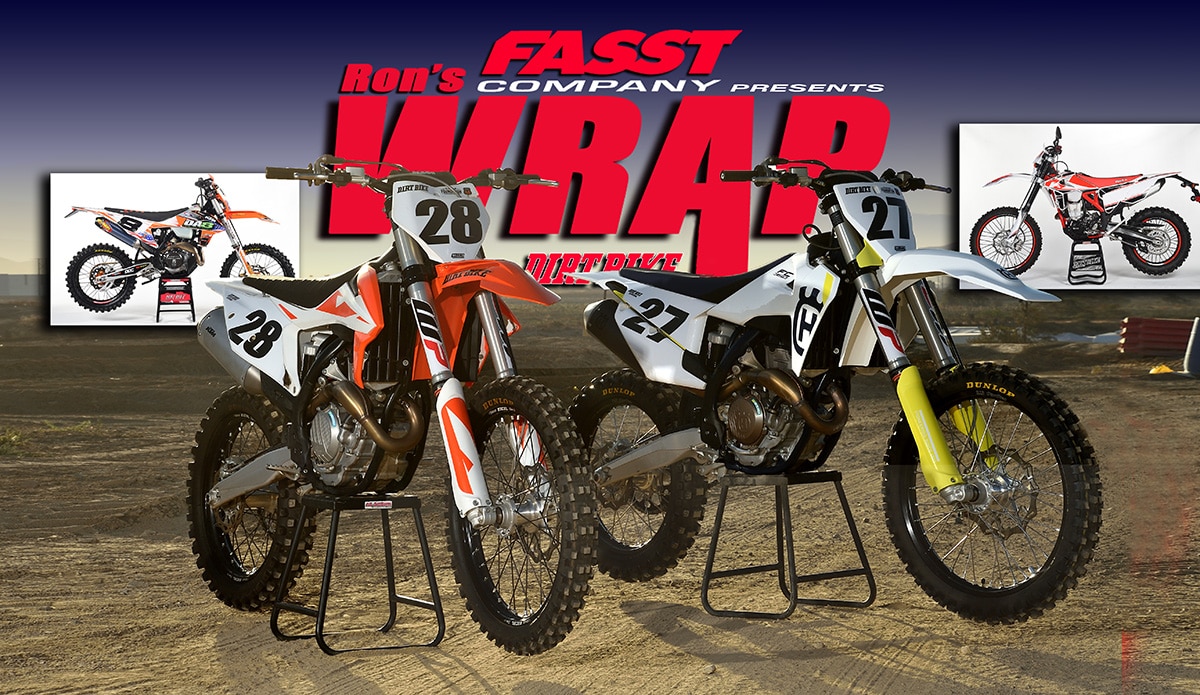 Another MX shootout was the focus this week at Dirt Bike. This time it was a 350 MX comparison. That is, of course, a much easier task that last months’ 450 MX shootout where we had to juggle six motorcycles. In the 350 class, there are only two bikes. Some people even say there’s only one. The KTM 350SX-F and the Husqvarna FC350 are the only contestants and they roll out of the same factory. We have never counted ourselves among those who say that the Husqvarna is just a white KTM. That’s a little like saying that identical twins are the same person. To us, a motorcycle has identity that goes way beyond a list of part numbers.

On the other hand, since KTM’s acquisition of Husqvarna in 2013, the two brands have always finished back to back in our 250 and 450 shootouts. They are very similar in performance. Here are the differences that matter:

This year both bikes have a significant number of changes. They can’t be called “all-new,” but they look pretty different. Both bikes got a new frame, which is said to be stiffer in every plane. The swingarm has a longer chain adjustment slot, which the factory team apparently uses for fine-tuning handling characteristics in testing. The bodywork is new and narrower (although different for each). The radiators are mounted 12mm lower. The 350 motors finally get the DDS clutch and diaphragm spring, used on the 450 and bigger two-strokes for years. The head is lighter and the exhaust is new. You no longer have to remove the shock before removing the pipe thanks to a slip fit in the middle.

Like we said, in every shootout regardless of class, the Husqvarna and KTM have finished back to back. You simply can’t share this many parts and expect much separation. But when you have only these two bikes in a comparison, small changes seem larger. The biggest difference among the 350s is power. The KTM is more aggressive, snappier and it seems to genuinely be faster. It’s not appropriate to call either bike “hard-hitting.” They both have incredibly smooth power deliveries and very wide powerbands. The trick to riding either one is to stay on it. If you keep revving the bike higher and higher, there’s more and more power. The workable rpm range is much wider than most riders realize.

We can explain the power difference by pointing to the airbox. We don’t have a explanation for the difference in handling. The KTM has a heavier feeling front end. That changes the way you ride the bike. On the Husky, you have to climb further forward to make the front wheel bite. That makes it a little more demanding to ride. We made sure that all the suspension settings were identical, but all riders agreed that there’s a distinct difference. Perhaps the bodywork and handlebar bend place the rider differently, or perhaps there really are suspension differences. Is that a big deal? No. At the end of the day, the KTM 350SX-F and Husqvarna FC350 aren’t identical bikes, but there really are more similarities than differences. The two different personalities don’t offer much in the way of advantages or disadvantage on the track. That brings us back to what we said earlier. A brand’s identity is about more than part numbers. Racing programs, dealerships and legacy all go in to the mix to decide whether or not you identify with a brand. The full story will be in the December, 2018 print edition of Dirt Bike. 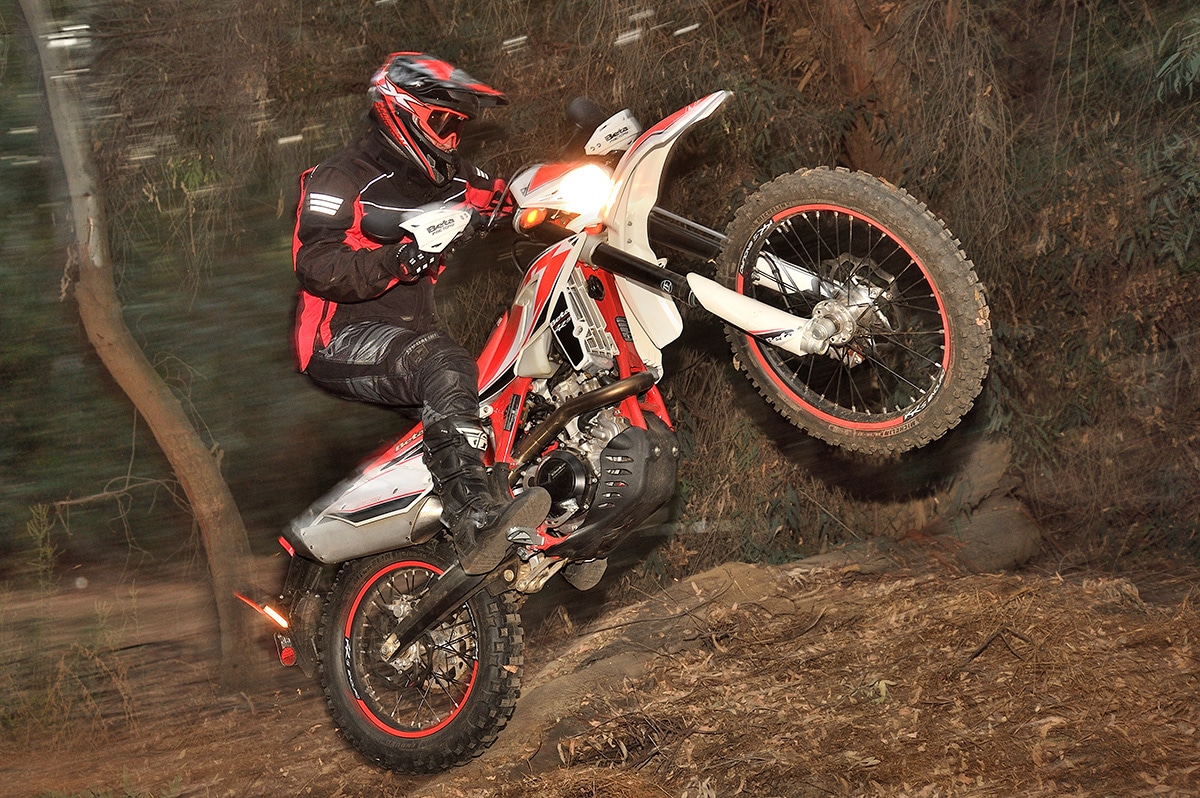 With all the attention that was showered on the new Honda CRF450L dual-sport bike last week, the Beta 430RR-S that was quietly delivered to our office didn’t receive too much attention. This bike got a bunch of changes for 2019 that result in a fair weight loss. It’s 252 pounds without fuel, but with mirrors and everything else. That’s about 25 pounds less than the Honda. We’ve ridden it a little bit and so far we are blown away with the performance. Look for more about this bike next week. 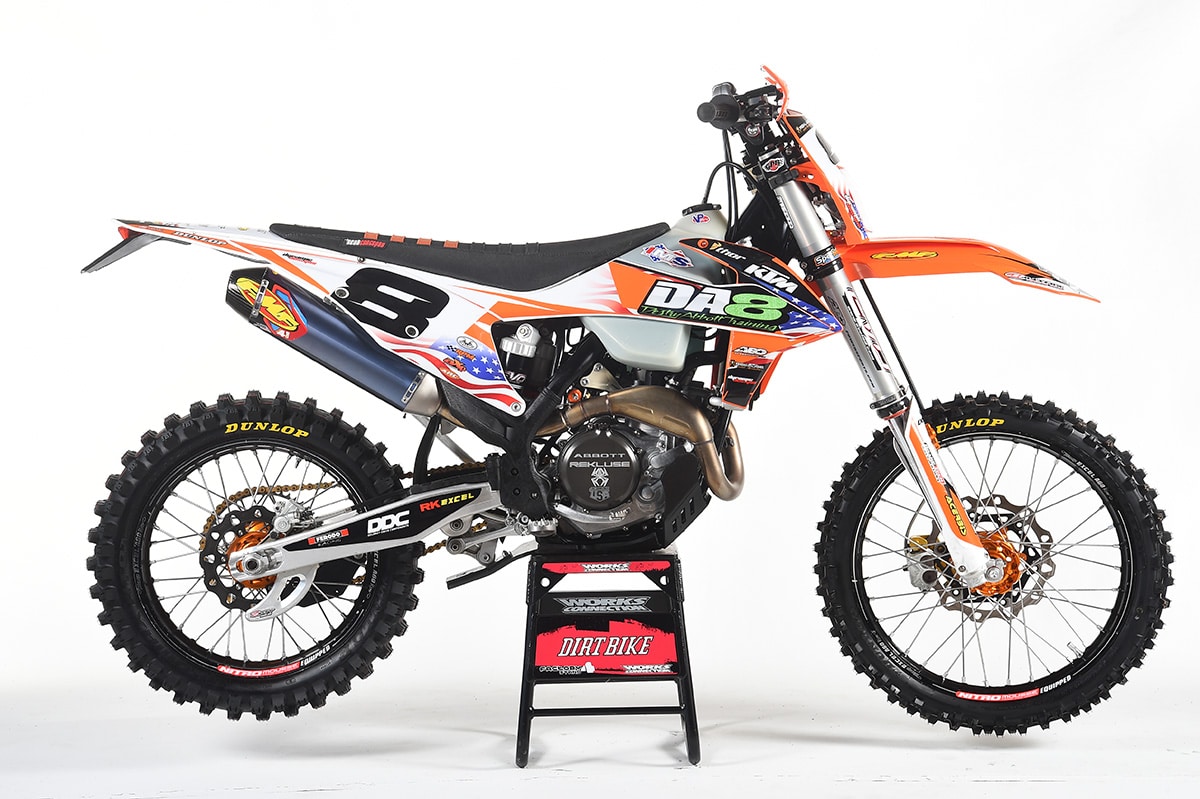 We had a look at Destry Abbott’s KTM 450XC-F before it was shipped off to Chile for the ISDE, which starts on November 12th. Destry will be riding on a club team along with his son Cooper. Most riders who qualify to represent the U.S. on club teams rent a bike from KTM, Husqvarna or other European manufacturers who have such a program. Those bikes are generally the Euro models. In the case of KTM, the bikes would be EXCs, which are like the U.S. dual-sport bikes without the U.S. emissions stuff. Destry prefers the XC with linkage and built his bike up here with all the parts he likes. You can follow the event on the FIM’s website or by tuning in here at www.dirtbikemagazine.com. 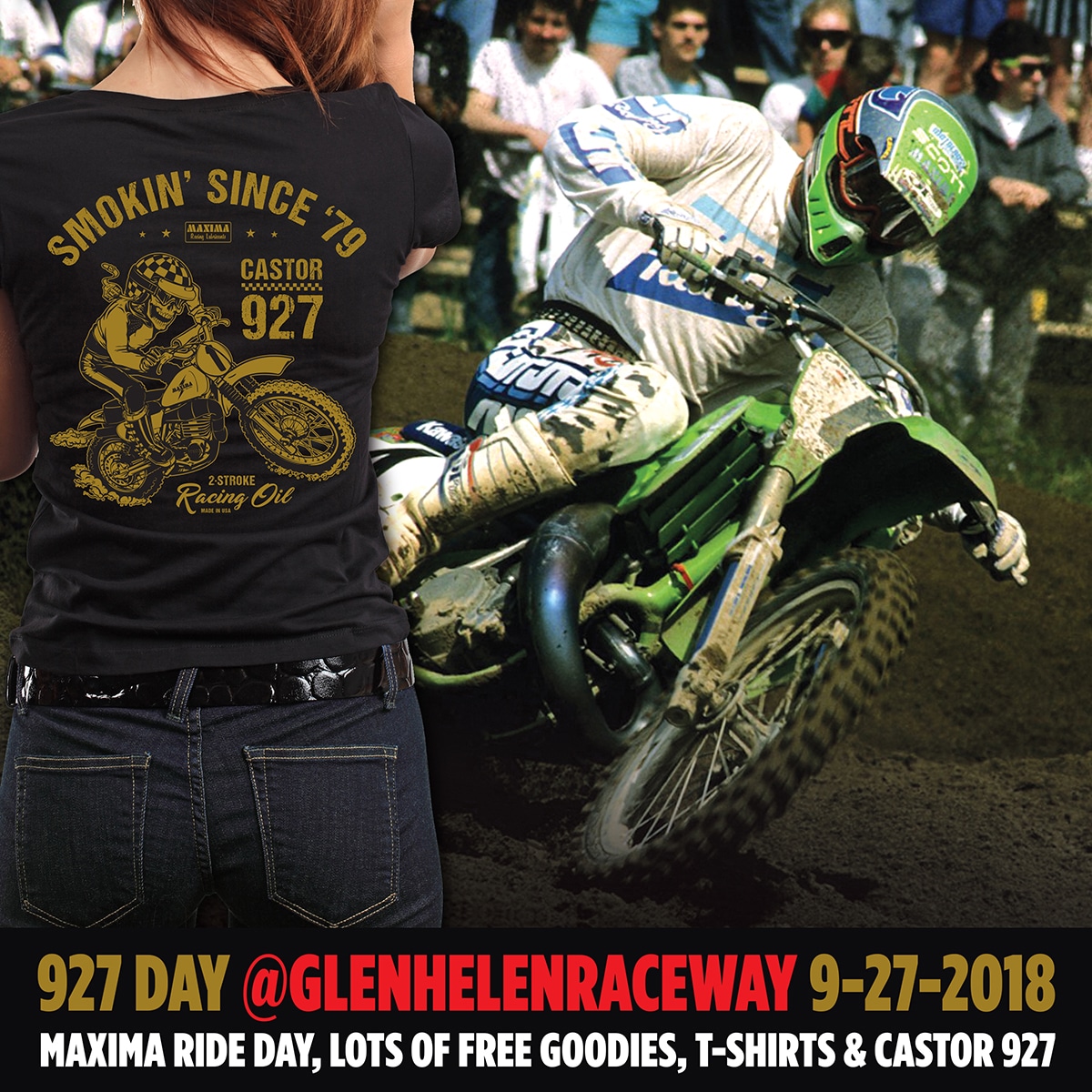 On Thursday 9/27 Maxima Racing Oils is again celebrating the day for 2-strokes – 927 DAY. The Maxima staff will be at Glen Helen Raceway showing off their newest products, providing product support and giving those on 2-strokes some FREE goodies! “The Dogger” Ron Lechien will also be there spinning laps on his KX 500 and signing posters. The first 100 2-strokes through the gate will get a FREE bottle of Castor 927 and a cool t-shirt! Normal hours, normal gate fee applies. Go to www.GlenHelen.com for more information. 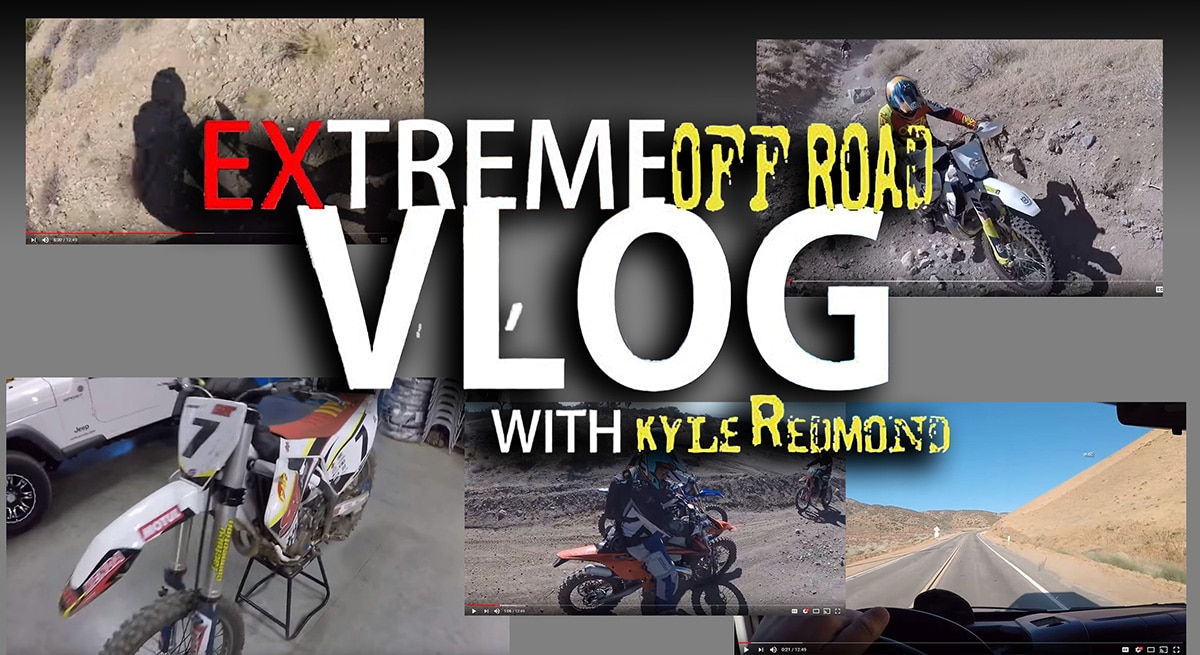 Since joining the staff at Dirt Bike, Kyle Redmond has been offering a glimpse into his extreme riding ways. This week he rode with the Wolf, then jetted up to Reno for the third round of the EnduroCross series. So far, he’s sitting in fifth in the Pro Super EnduroCross class. The championship up front is once again shaping up to be Cody Webb versus Colton Haaker, with a win apiece. Go to EnduroCross website for this weekend’s information and full point standings.