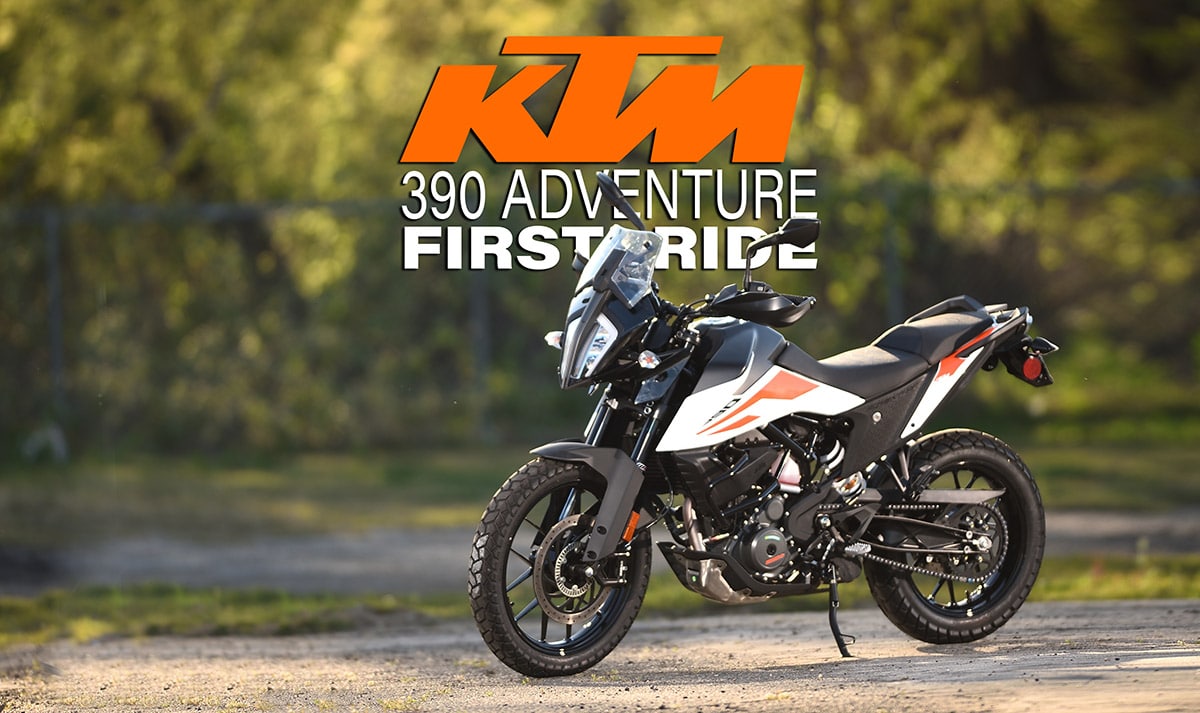 The 2020 KTM 390 Adventure was originally scheduled to be released to the press at a mass introduction last month, but KTM officials had to rethink that. We don’t do “mass” anything these days. Instead, we drove to KTM’s office in Murrieta  and quietly loaded up a 390. We’ve been riding it all week. This bike is completely new to us simply because we have no foundation with the 390 Duke street bike.  The Duke line has been around for a long time and has a cult following among street guys. This particular motor was designed in Austria and built in India to keep the price down.

The 390 motor is a DOHC, 373cc single with a six-speed gearbox and a 10,000 rpm redline. It’s said to produce about 42 horsepower. The trellis frame of the 390 Adventure is similar to that of the Duke–if not identical. What makes it an adventure bike is everything else: the suspension, the subframe, the fuel tank, the bodywork, the instrumentation and the rider positioning. The engineers moved the footpegs about 4 inches forward with new brackets, gave it off-road-appropriate pegs (with removable rubber inserts) and new brake and shifter pedals. The suspension is what WP calls its APEX line. The fork has the compression damping clicker in the left side and the rebound in the right. The shock is very basic with nothing other than a step-cam preload adjuster. It bolts directly to the swingarm, sans linkage. KTM also developed off-road settings for the antilock braking, which is focused on the front wheel. The brakes themselves are Bybre, which is an Indian subsidiary of Brembo.

The reason this bike exists is all about price: $6199. That’s pretty amazing–for less than a 125 MX bike you get a lot of technology and performance. And the bike is surprisingly powerful. I can see why the canyon racers love the Duke. It’s responsive and has decent torque. KTM got way more power out of this motor than out of the 350EXC dual-sport, which is much more expensive and should be more sophisticated. 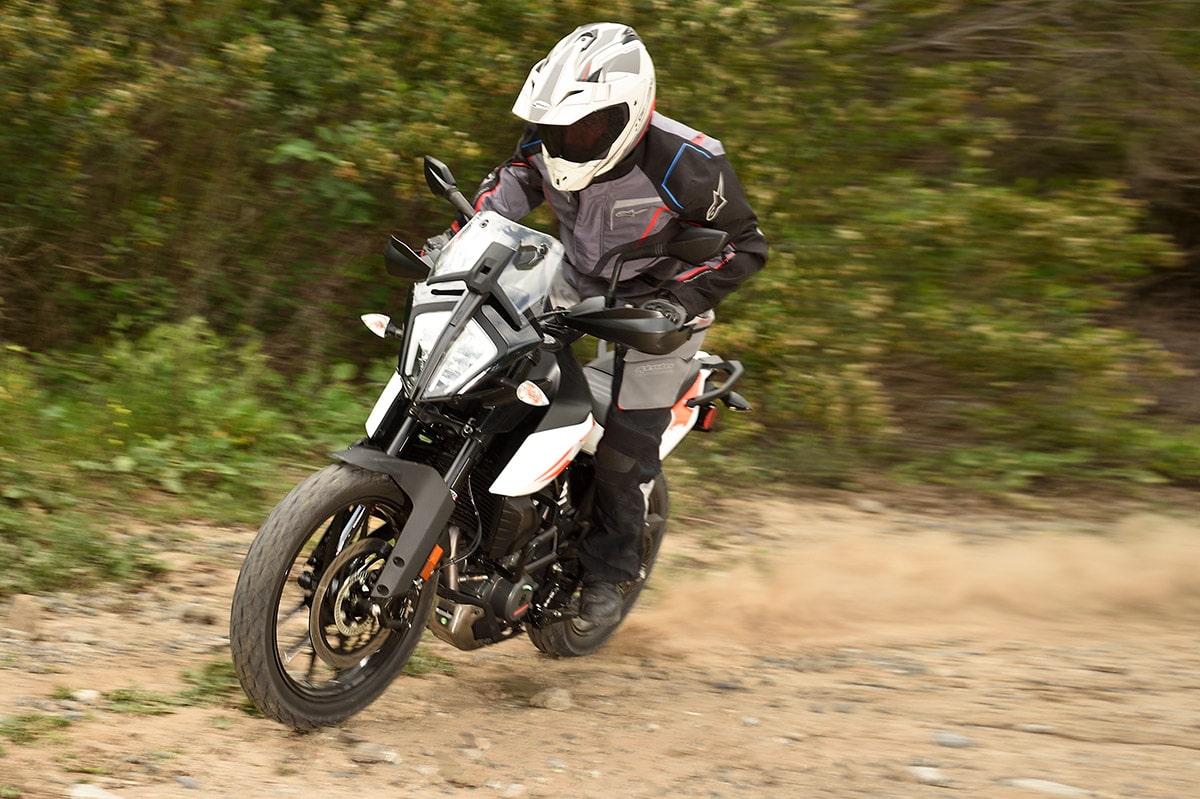 Riding the bike off-road is fun because it has good power and it’s so much lighter than bikes like the 790 Adventure. The tires are a big limitation, though. The Continental TKC70s are pretty much full-time street tires and have little in common with the more accepted TKC80s. The rear tire size (130/70-17) is a bit unusual, and we’re looking for something more aggressive before we get too serious in the dirt. Traction control is usable in the dirt, but not nearly as advanced as the system on the 790. You can use it on level ground, but it kicks in immediately if you try to go up hill. Still, the technology isn’t bad compared to some of the more street-oriented systems out there. We’ll be testing the 390 Adventure bike for a few weeks before we publish a full test in the July 2020 print edition of Dirt Bike.