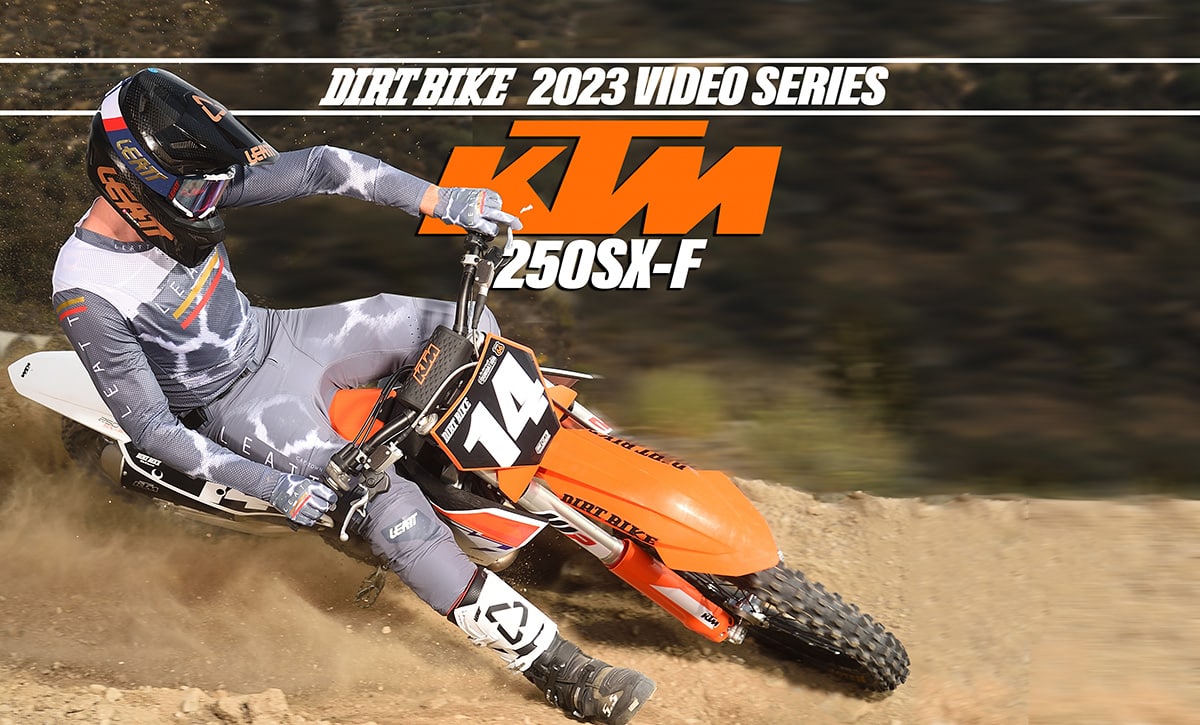 The 2023 KTM 250SX-F has one of the most extensive redesigns of nearly 20 new bikes in the greater Pierer family. You could argue that this is the one bike that didn’t need much. It already was the lightest bike in the class and, according to the dyno, it had the best overall power spread. And yet the bike got a whole new motor in addition to the same new chassis that the 350 and 450 received. Join us as we get to know the new personality of the 2023 250SX-F in this edition of the Dirt Bike 2023 video series.