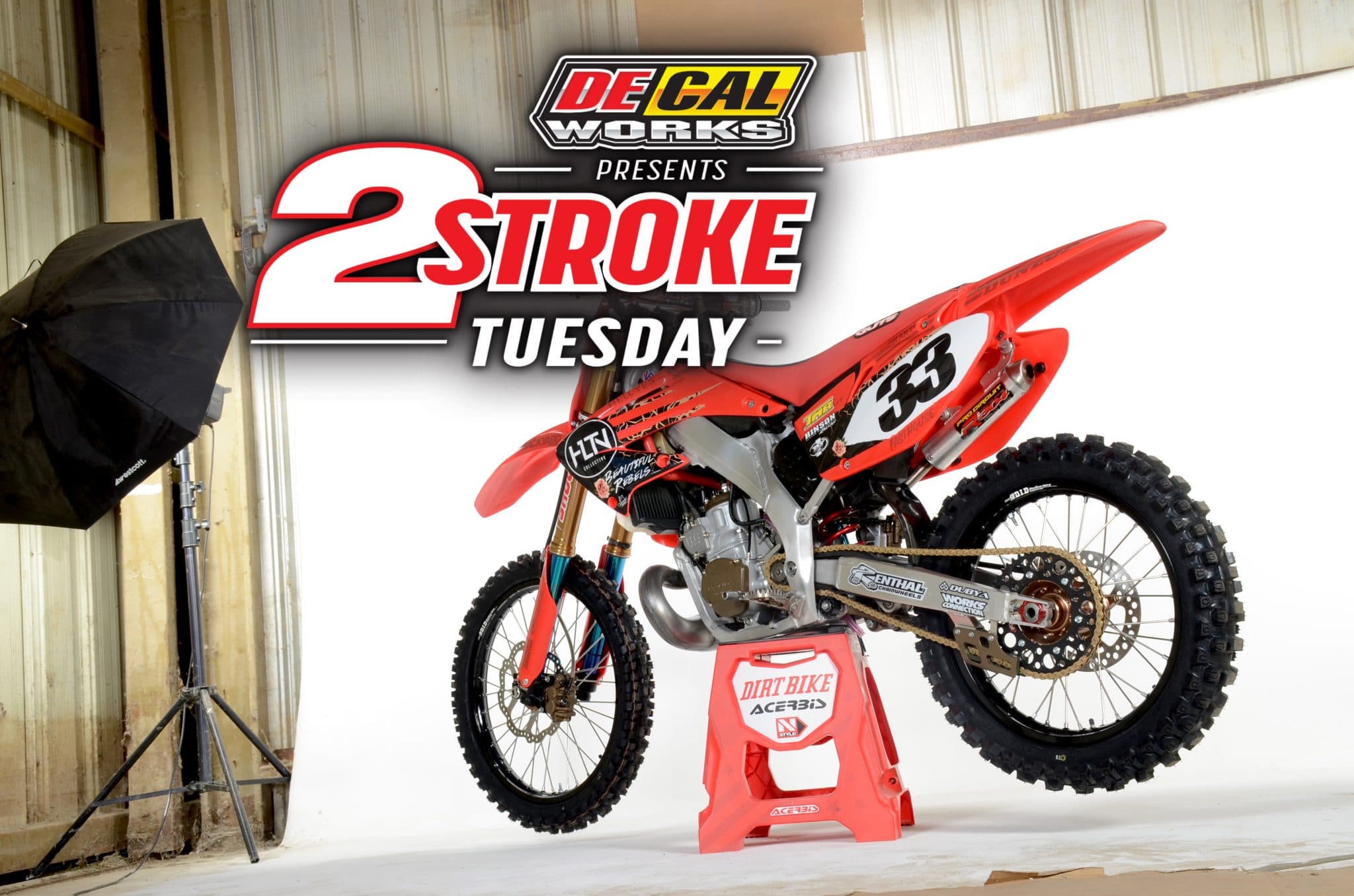 On this week’s Two-Stroke Tuesday brought to you by Decal Works we give you an exclusive first look at Josh Grant’s 2003 Honda CR250R project that he will be racing this weekend at the Wiseco 2-Stroke World Championship presented by Fasthouse. 2-Stroke History is all about the mighty Honda CR250R and how it continues to change motocross history. Don’t miss the full story on our 2002 CR250R project with Wrench Rabbit in the Behind The Build section. 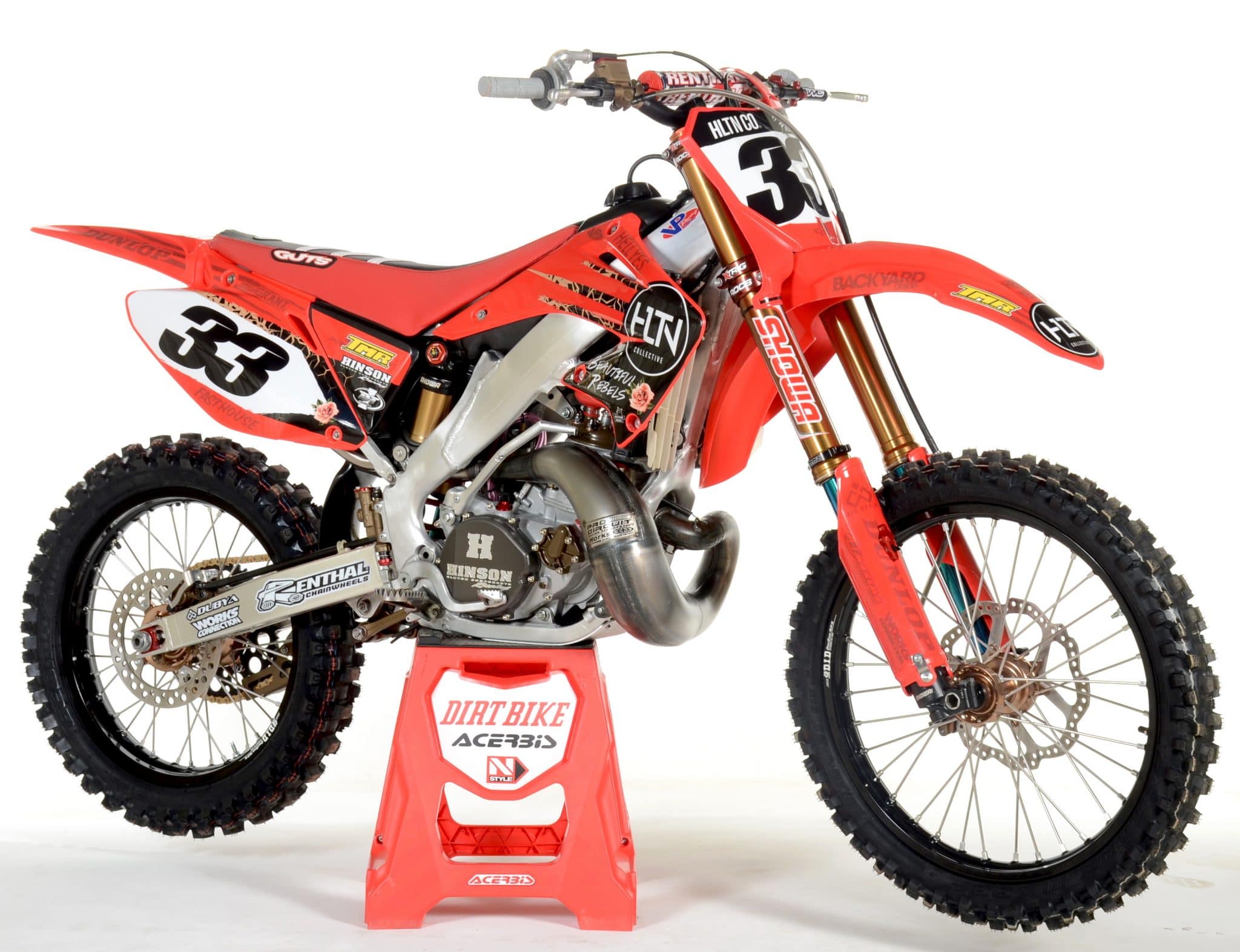 Josh bought this machine off eBay about a month ago and within hours had it completely dismantled in his garage. “I can take it apart but I am not the best at putting it all back together, I leave that to the professionals!” In this case the person that handled the reassembly was Cody Leighton. He did an amazing job.

Ryan at Rockstar Coating in SoCal handled all the Cerkote needs on this build. 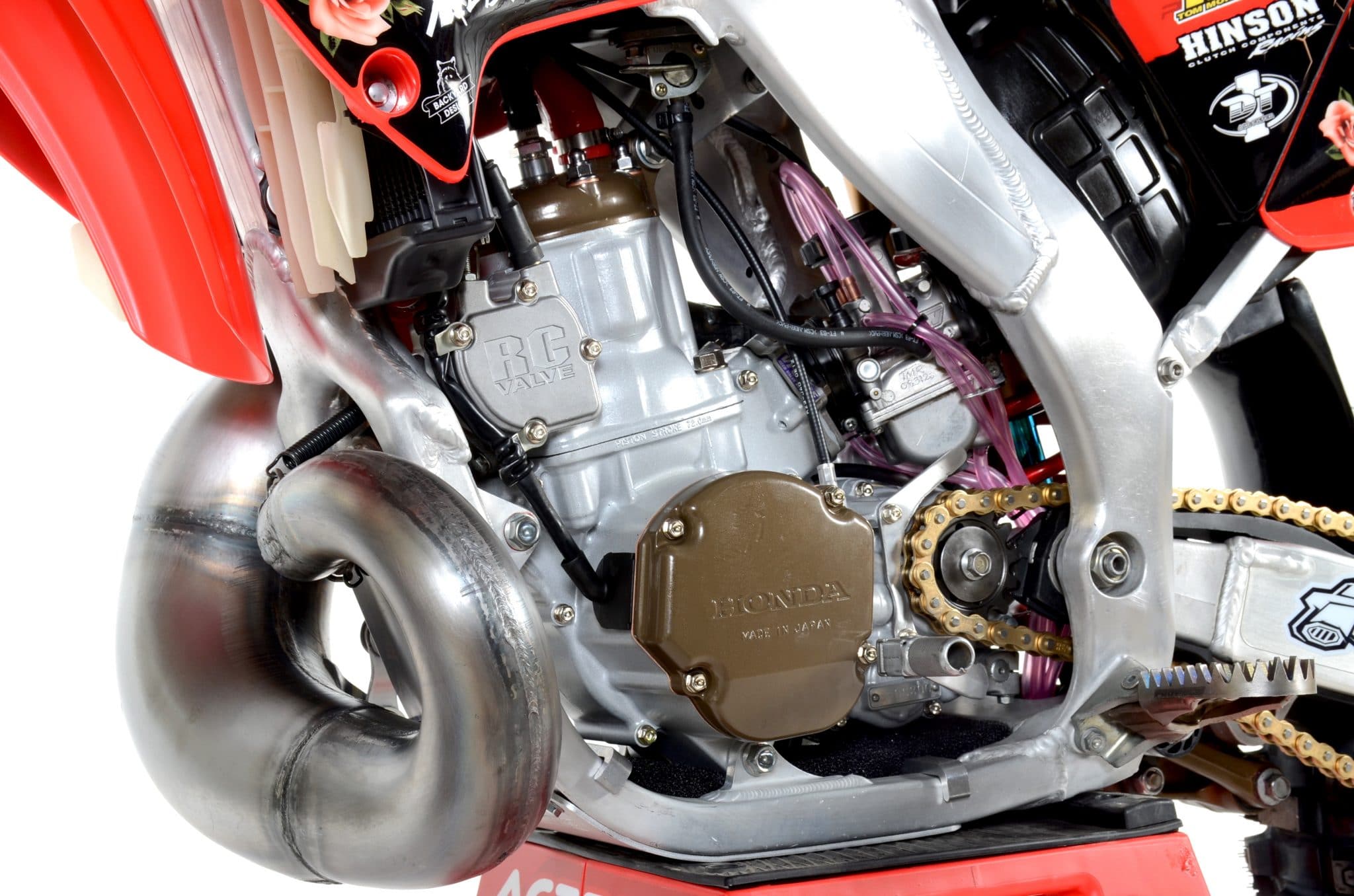 The engine and carburetor was shipped to Tom Morgan to work his magic. We haven’t been able to get the complete specs out of anyone on the modifications yet but we have heard whispers that it is no longer 250cc.  After hearing it run we would have to agree with the whispers. 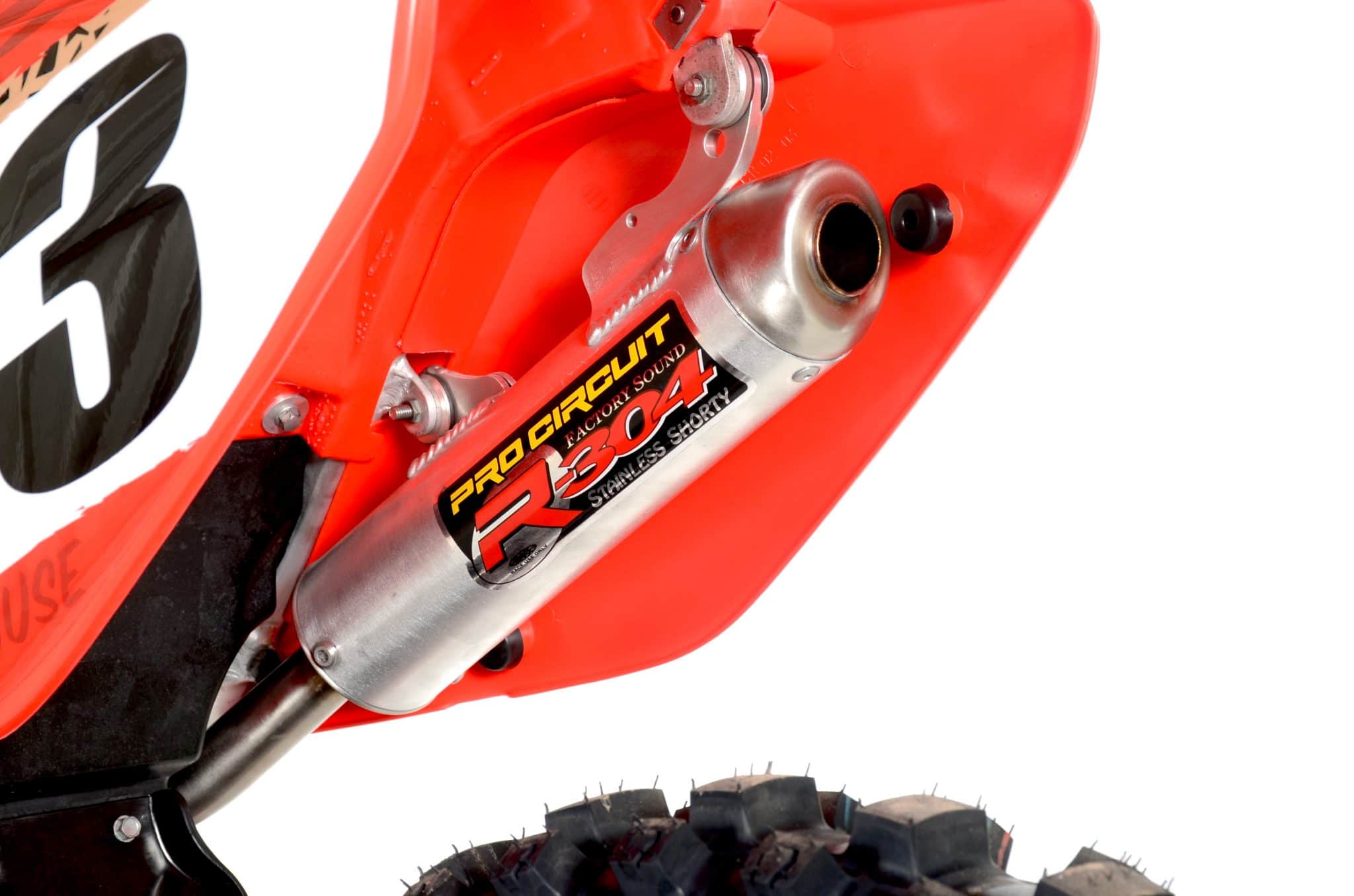 Mitch Payton has been apart of Grant’s program throughout his career and jumped at the opportunity to be on this build. 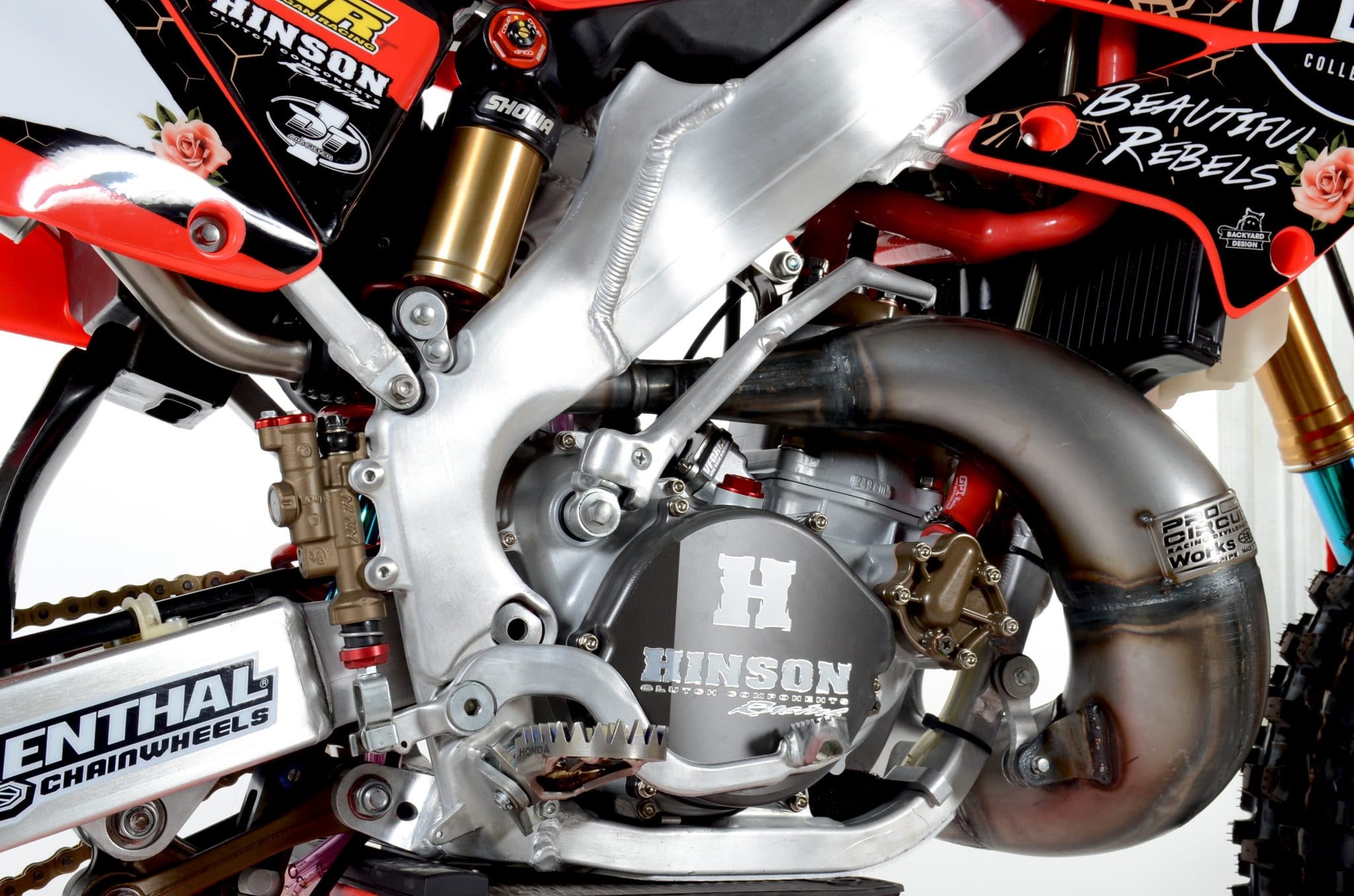 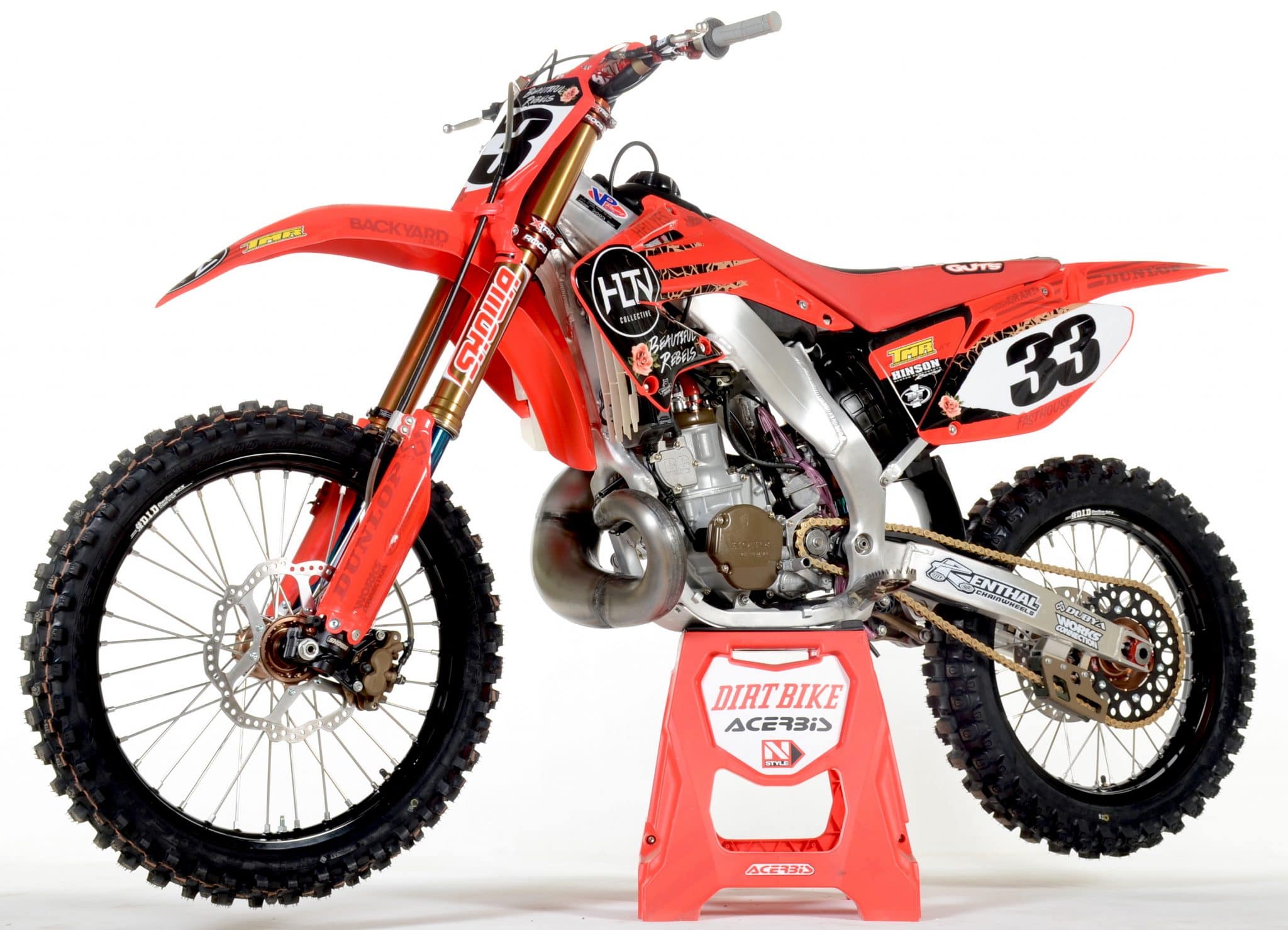 High-End Showa suspension components are used on Grant’s bike in the way of an A-Kit front-end off a new Honda four-stroke and an insanely trick two-stroke shock that only a handful of riders have had the opportunity to use. Don’t worry we will have more coverage of this build via a Travis Fant produced video and full story in our printed magazine. STAY TUNED FOR MORE!

Even though it’s been out of production in the U.S. since 2007, the CR probably won more combined amateur and professional races than any other motorcycle in the dirt world. And they are still out there winning. The CR is a hot commodity on the used-bike market, and on start lines across America, they still outnumber many current models. Click the image below for more!

The Honda CR250R has got to be one of the most popular early-to-mid-2000s two-stroke machines to rebuild in history. One reason is that Honda sold a ton, and the other reason is the bikes all seem to be aging very well. We found what looked like a very clean machine on the used-bike market, slapped down some cash, and threw it into the back of the mobile command unit before the accounting department could tell us no. CLICK TE IMAGE BELOW FOR MORE!