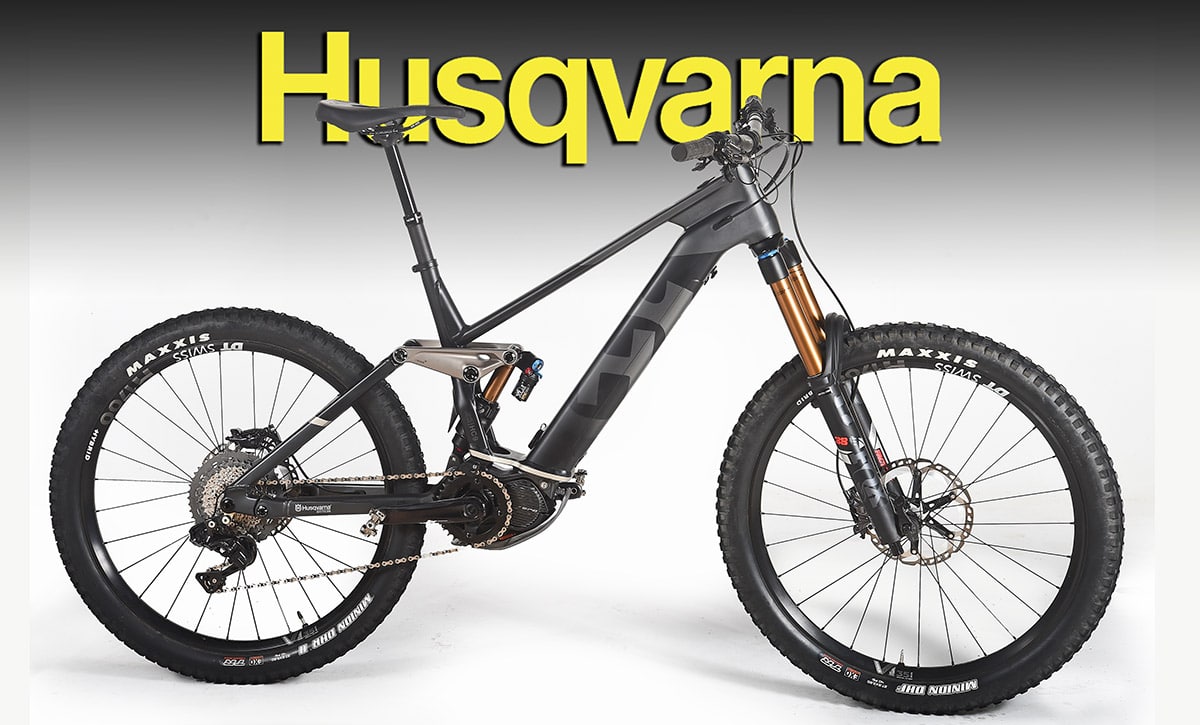 This week Husqvarna unveiled a project that’s been years in the making: Husqvarna Bicycles. If you know your Husqvarna history, you already know that the name has appeared on almost every product imaginable, from firearms to lawn mowers. Even today, there’s a great deal of confusion surrounding Husqvarna motorcycles, Husqvarna Outdoor Equipment and Husqvarna-Viking sewing machines. They once were under the same roof, but today all are different. Husqvarna Bicycles will be a separate company as well, but in this case, it will be owned by Pierer Mobility, which is the same parent company that owns Husqvarna motorcycles, as well as KTM and GasGas. That’s how we got involved. The same people who we deal with for those motorcycles asked if we would be interested in trying a different kind of Husky product. They think there’s a lot of crossover in the dirt bike and mountain bike markets. We agree. There are about 45 dealers currently signed on in the U.S. Some are powersports dealers, but most are bicycle dealers. 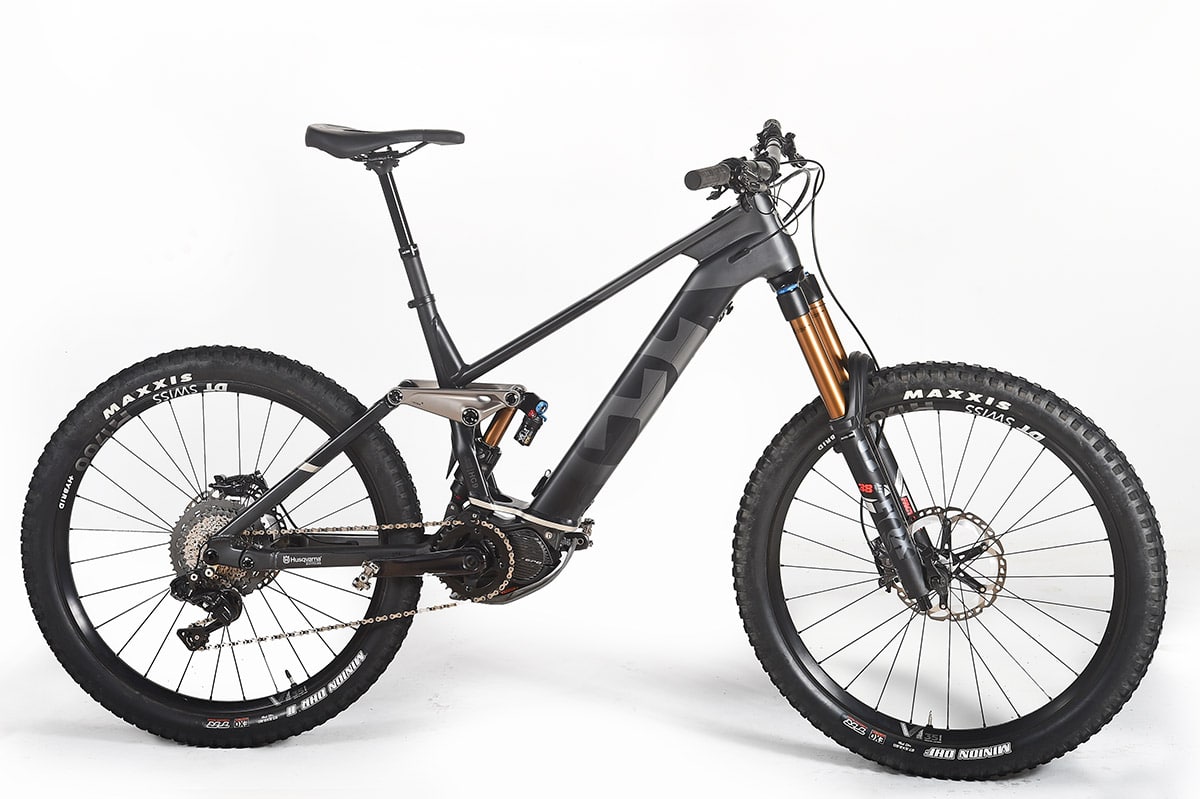 In the U.S, Husqvarna Bicycles will carry only Class One electric bikes for now. There will be four models; a youth model, a cross-country model (the Mountain Cross), an enduro model (the Hard Cross) and a downhill model. This week we got to ride the Mountain Cross and the Hard Cross, which are primarily separated by their suspension travel. The Mountain Cross has 150mm, while the Hard Cross has 180mm. Both are available in two separate trims; one has mid-level Sram components and the high end one has Shimano XT stuff. All of them have aluminum frames, most have Fox suspension and they weigh around 50 pounds. All have Shimano electric drive, batteries and controllers. 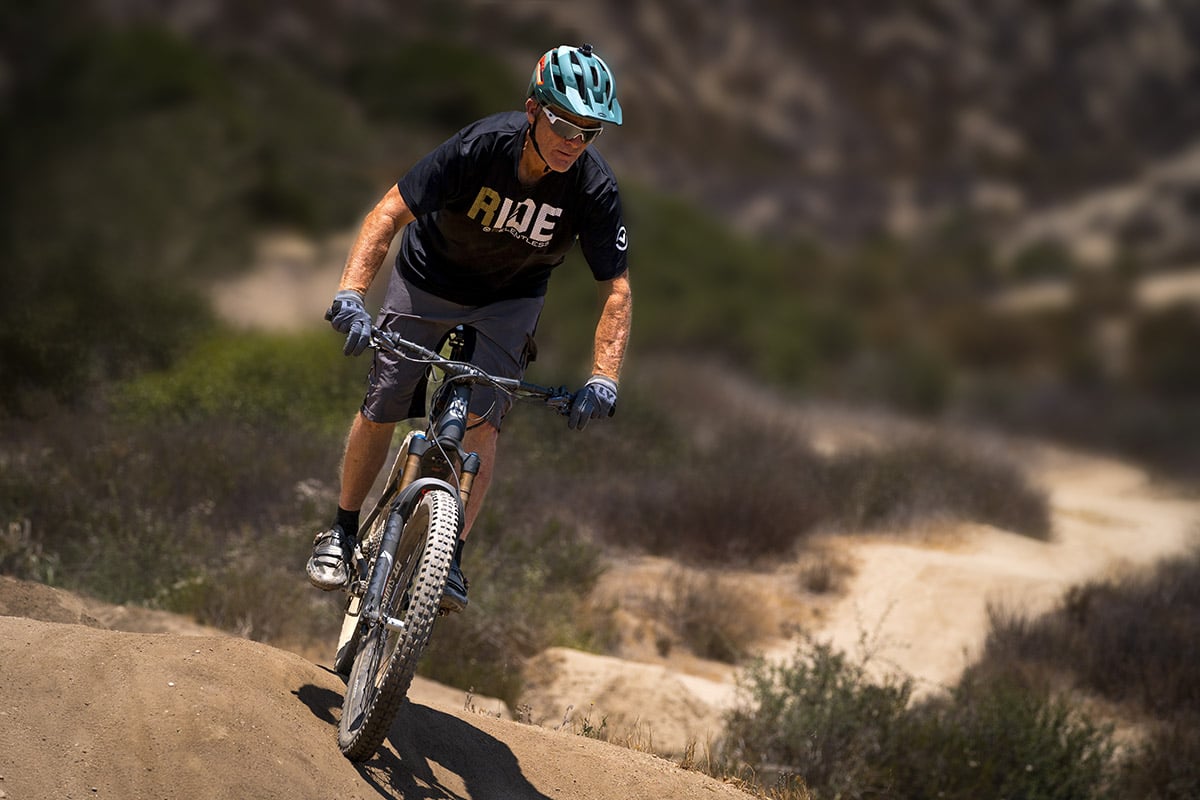 If you aren’t familiar with electric bikes, here’s the short form. Class one means pedal assistance up to 20 mph. Class two means it has a throttle. Class three bikes are capable of 28 mph or so. Beyond that, electric two-wheelers are called “E-moto” bikes and are viewed as motorcycles. For more in-depth info in this world, check out our sister website Electric Bike Action. 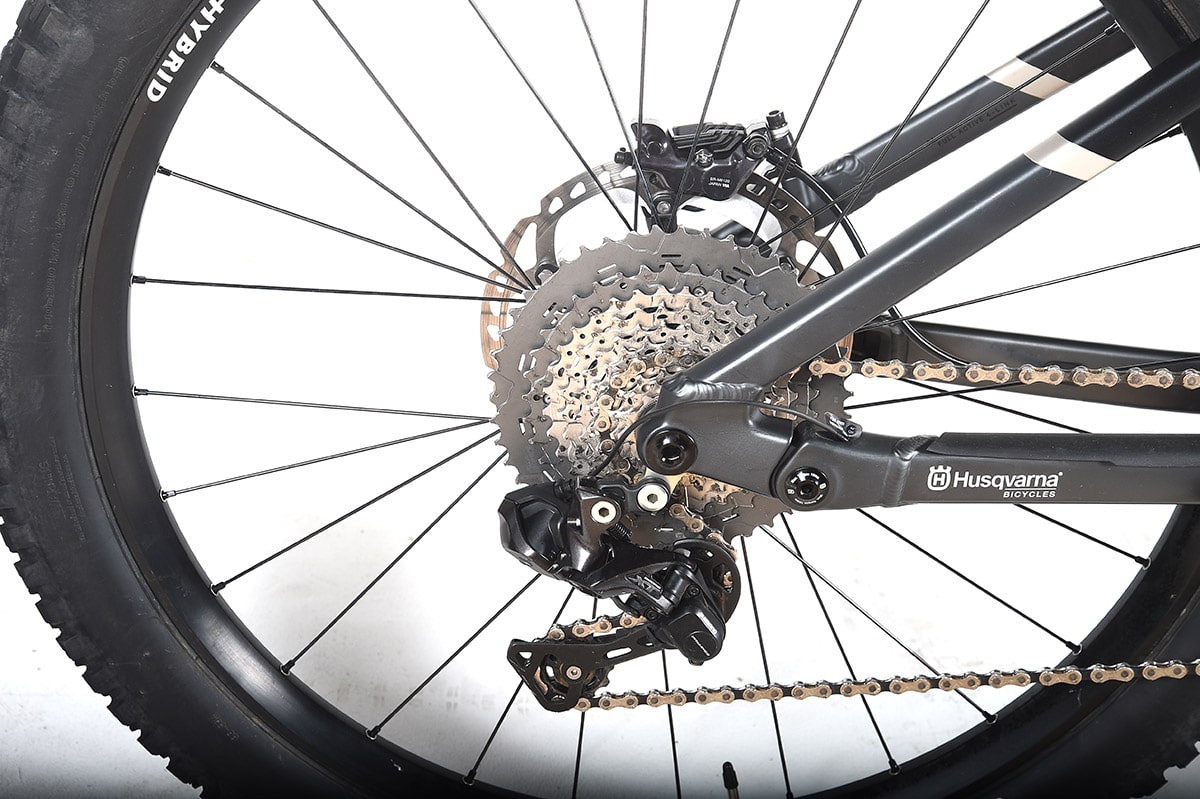 We spent a day at Vail Lake in Southern California with the two Husky bikes and came away making plans to buy one. We aren’t complete E-bike novices, but the ride confirmed some things we already suspected. First of all, these are great training devices. There’s no way you can ride one without getting a workout. The biggest difference between an E-bike and a bicycle is the speed and how much ground you cover. That makes it a little more fun. The workout comes because the electric motor more or less matches the amount of effort that you provide. If you ride with a mix of overly competitive motorcycle nuts, everything turns into a race and your pulse will be just as high as it would be on a regular bike. Or a motocross bike. 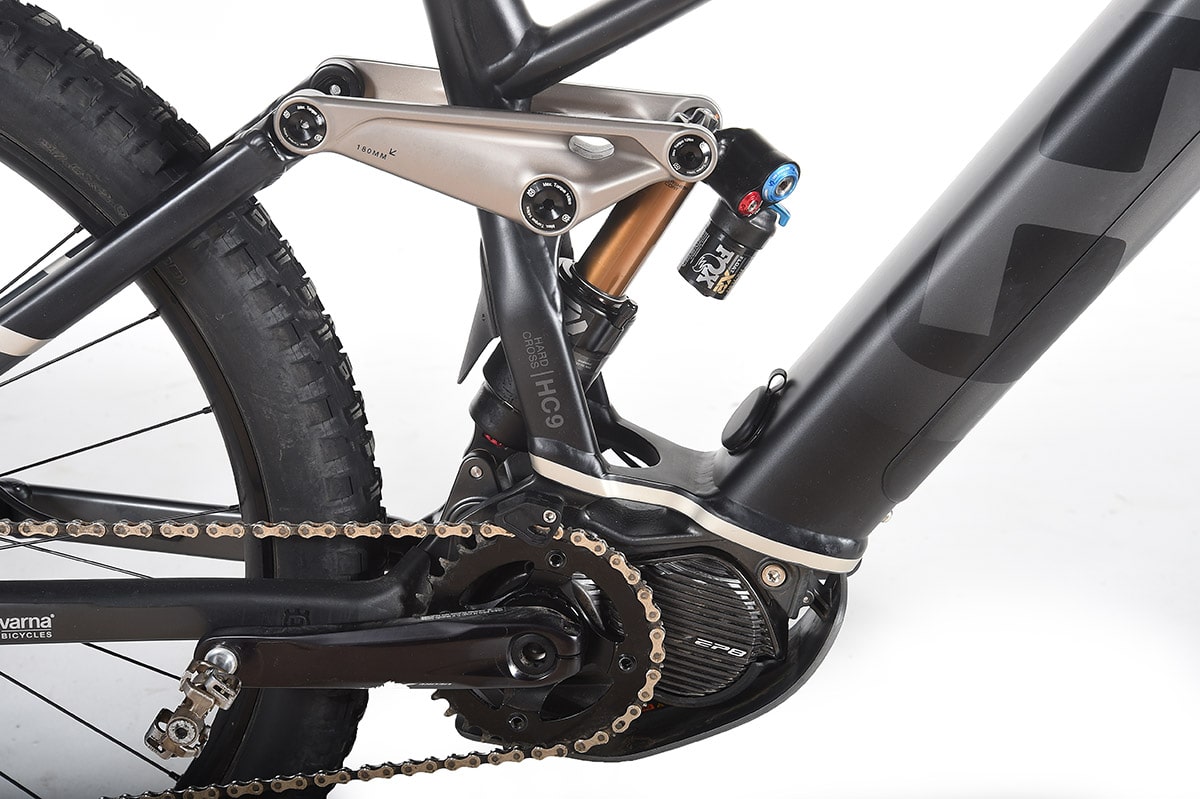 The top-of-the-line Hard Cross 9 comes with a Shimano EP8 motor and a Fox Float 38 Factory fork with a Fox Factory Float X2 shock.

The best aspect about the Husky bikes is the overall quality. The bikes are built to roughly the same standard as the motorcycles–which is very high. Most parts are made in Taiwan, but some are Japanese and some are European. Back in the day, when four or more E-bikes rode together there would be at least one failure. Those days are gone. We rode for over four hours on the highest settings and barely used half a charge. The price seems reasonable. They run from $4300 to $7000–which isn’t far off what normal mountain bikes cost. Supply is very limited right now, but more bikes will be arriving soon. Check out the dedicated Husqvarna  Bicycles website here.