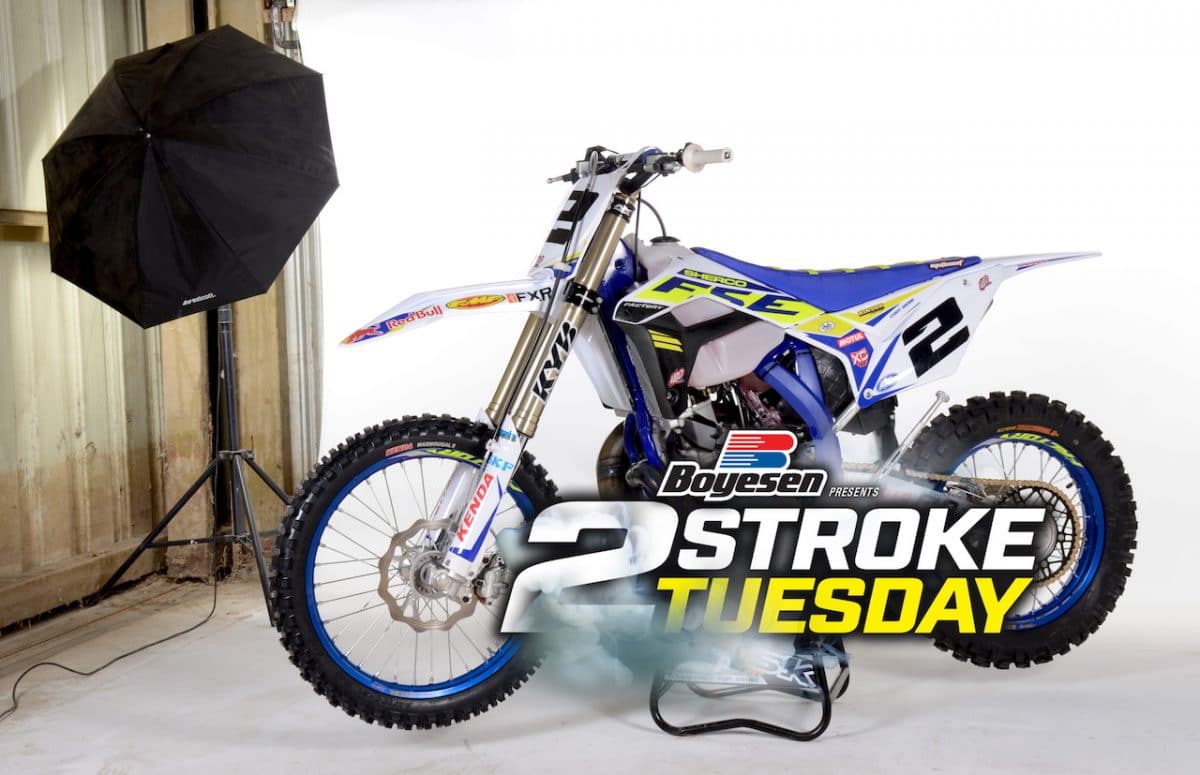 On this week’s Two-Stroke Tuesday we give you the first in depth look at Cody Webb’s 2020 Sherco Factory SE300. We packed 2-Stroke Theater full of Sherco 300 machines and we take a look back at “After Shock” featuring Cody Webb. If you are a fan of 300cc two-strokes check out the link at the bottom of this post to our YZ300 project. You won’t be disappointed ! 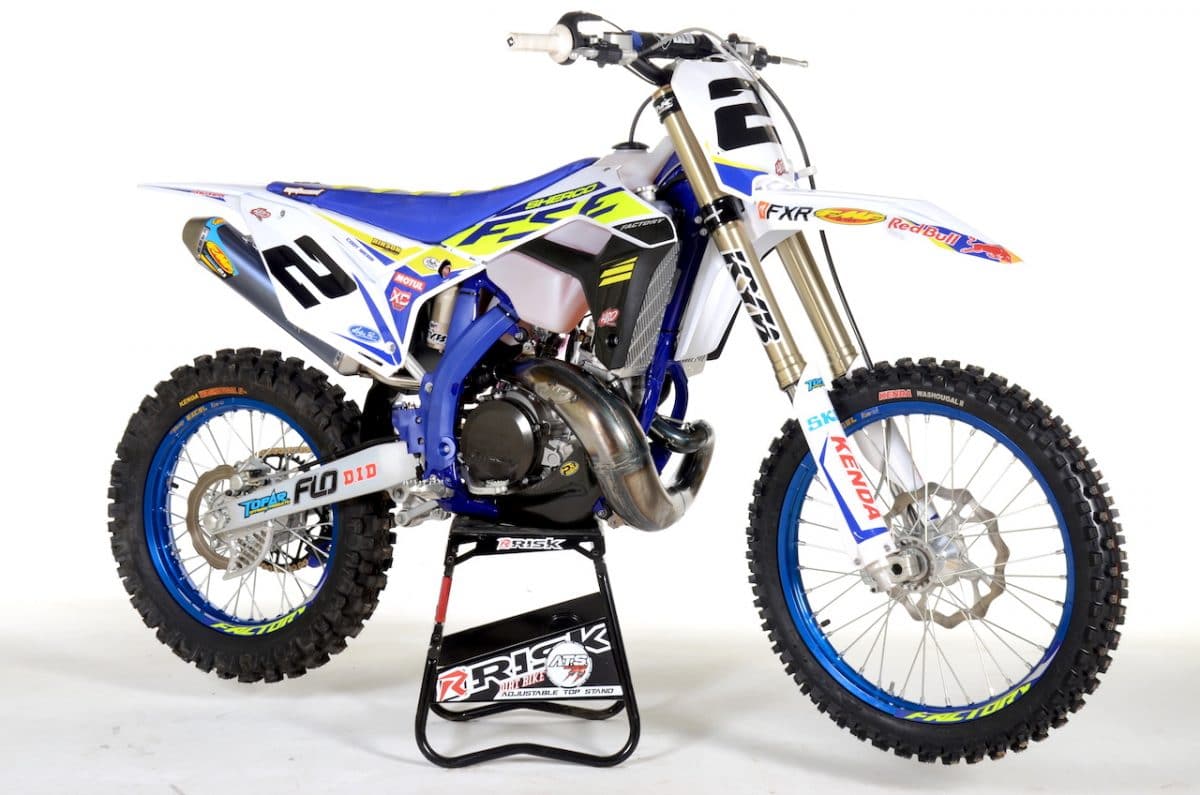 Sherco is making a huge push in the United States in 2020. They have hired a host of talented racers and at the top of that list is Extreme Enduro and Endurocross superstar Cody Webb. The Factory 1 team will be the official Sherco North American factory supported effort. Notable companies like FXR, FMF, Kenda, P3 Carbon, ODI, Motion Pro, Motul, DID, XC Gear and HBG Graphics have all jumped on board to support the team. We are sure more will be announce in the upcoming weeks before the season starts. 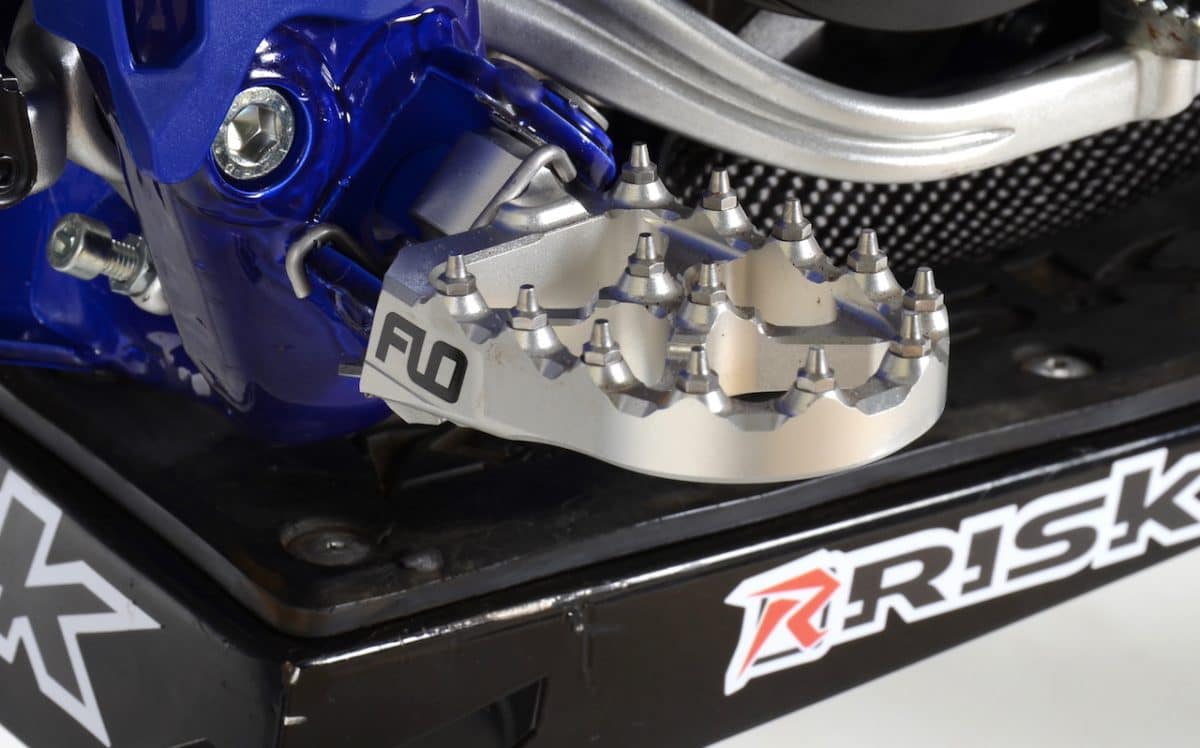 The Flo Motorsports pegs on Webb’s bike are 5mm lower and 5mm back compared to the OEM units. These pegs also have replaceable teeth. 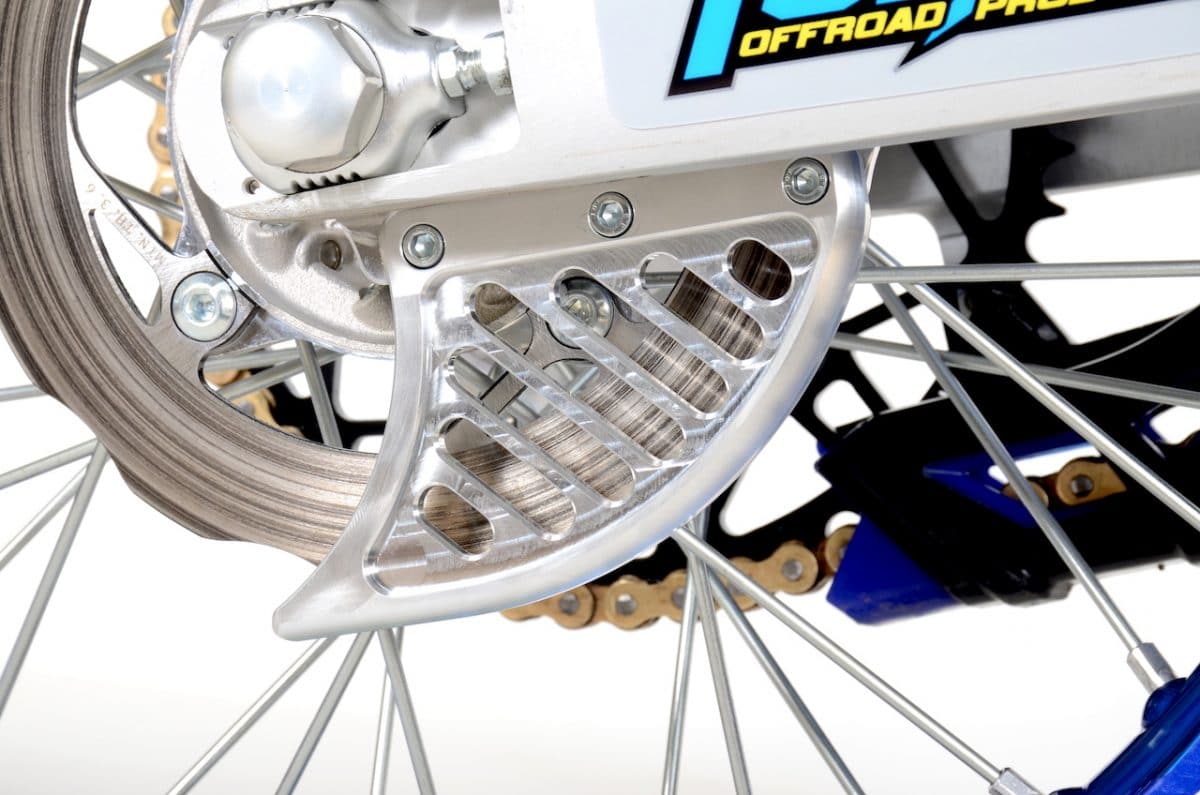 Topar Racing is a small company based in Colorado that makes a bunch of machined aluminum bolt-on protection items . 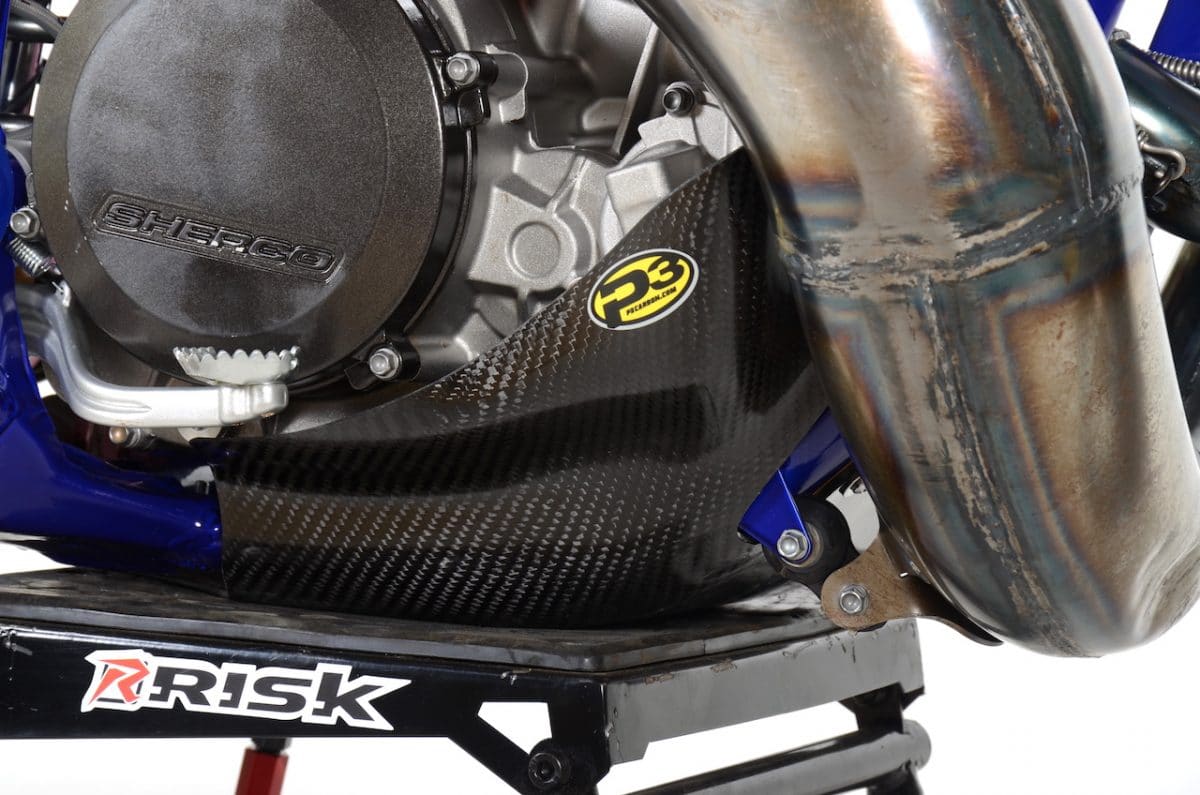 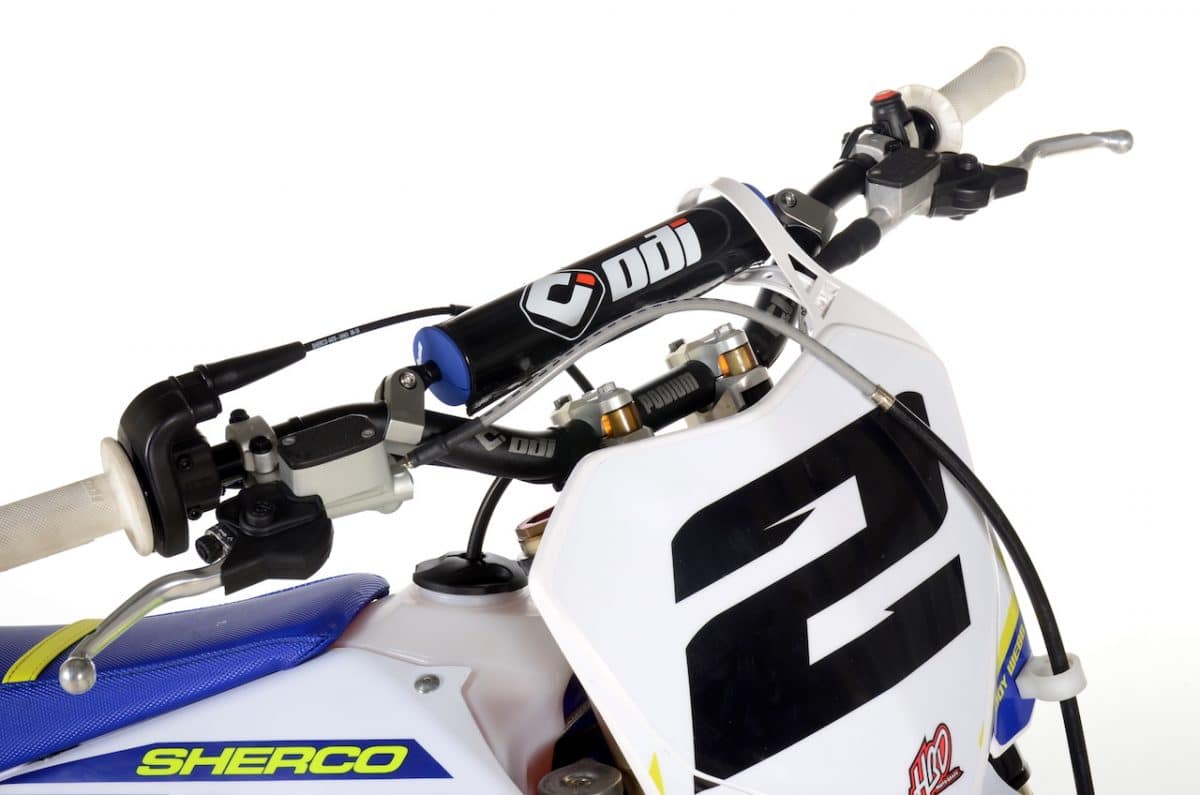 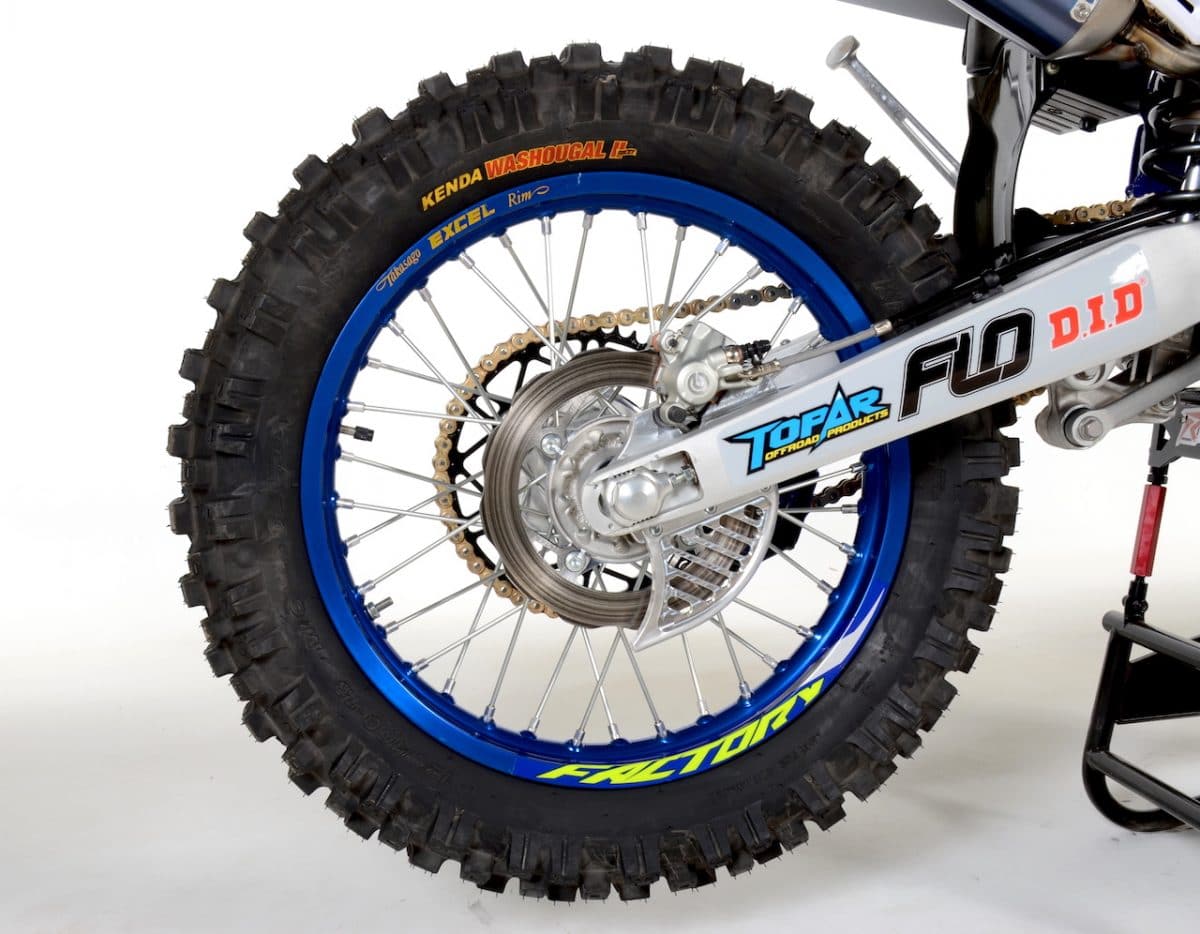 Kenda Washougal 2 tires were on the bike we shot in the studio but Cody tells us he will run a Kenda gummy tire for endurocross type events. 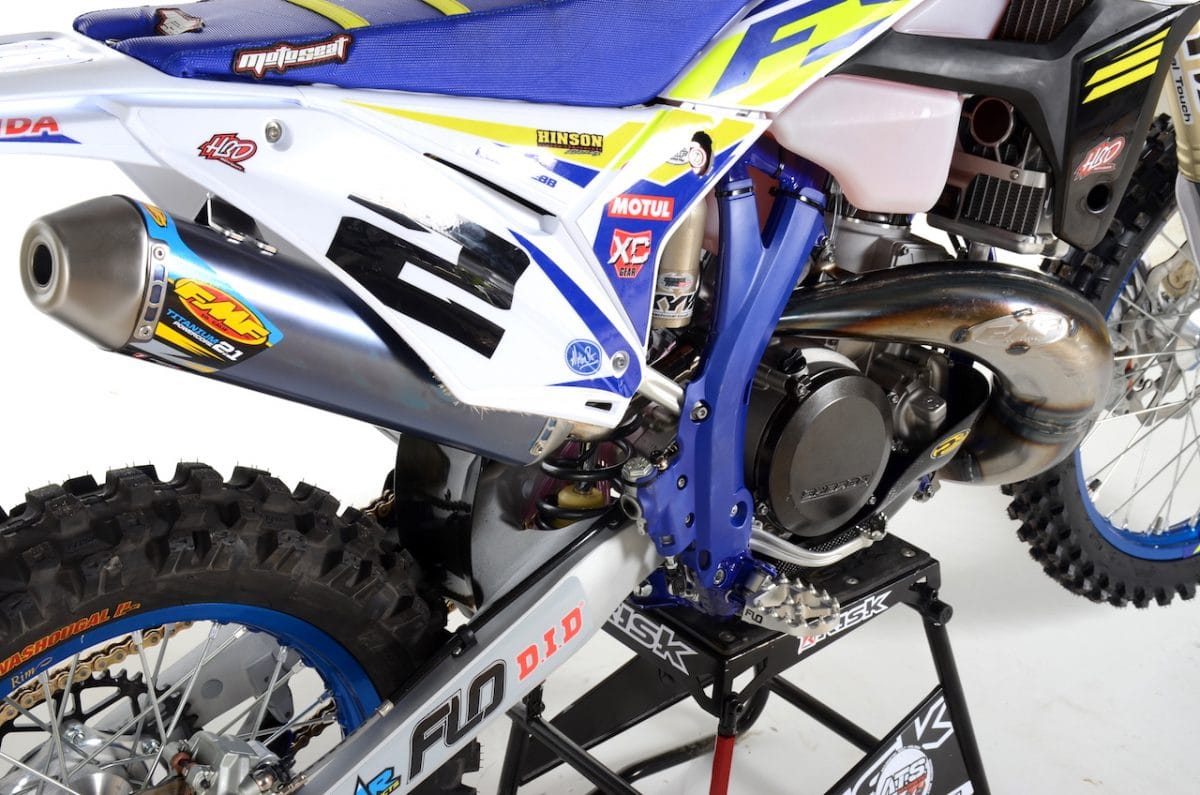 FMF is all in with the new US Sherco effort and we hear rumors that there is a possibility that they might come as OEM equipment on Sherco models in the near future. 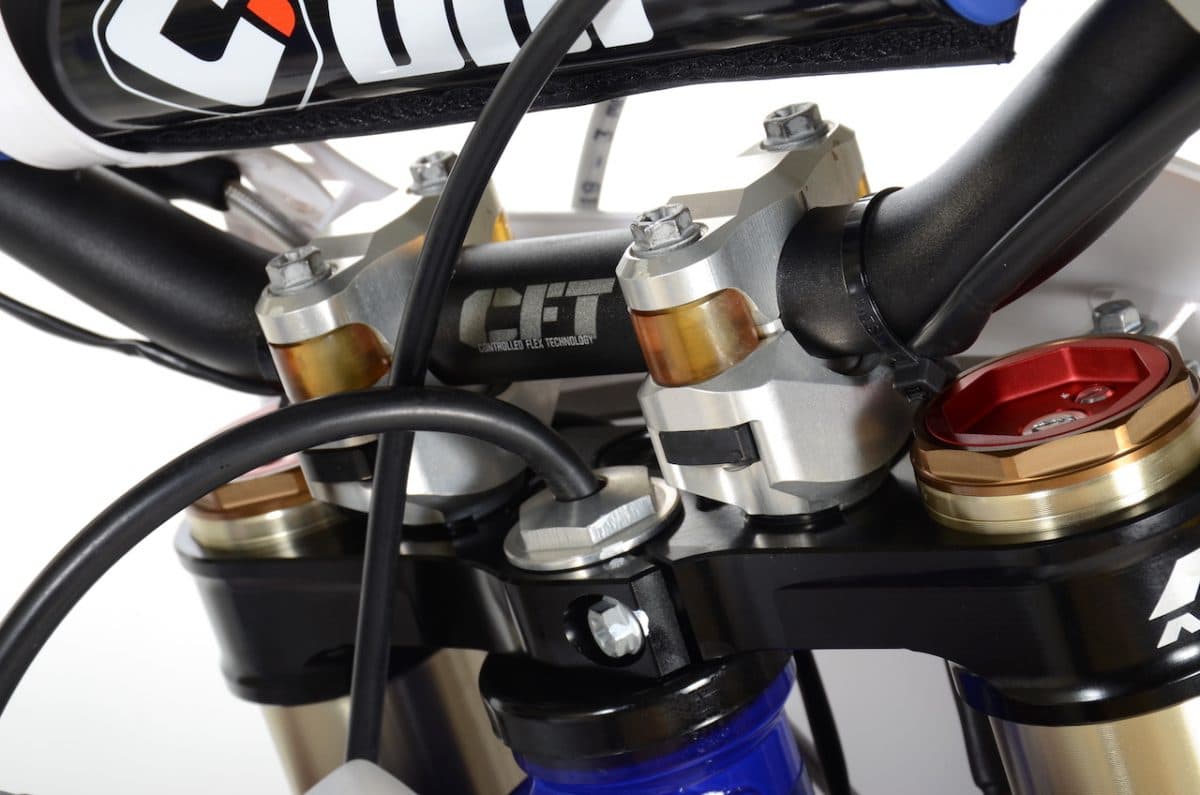 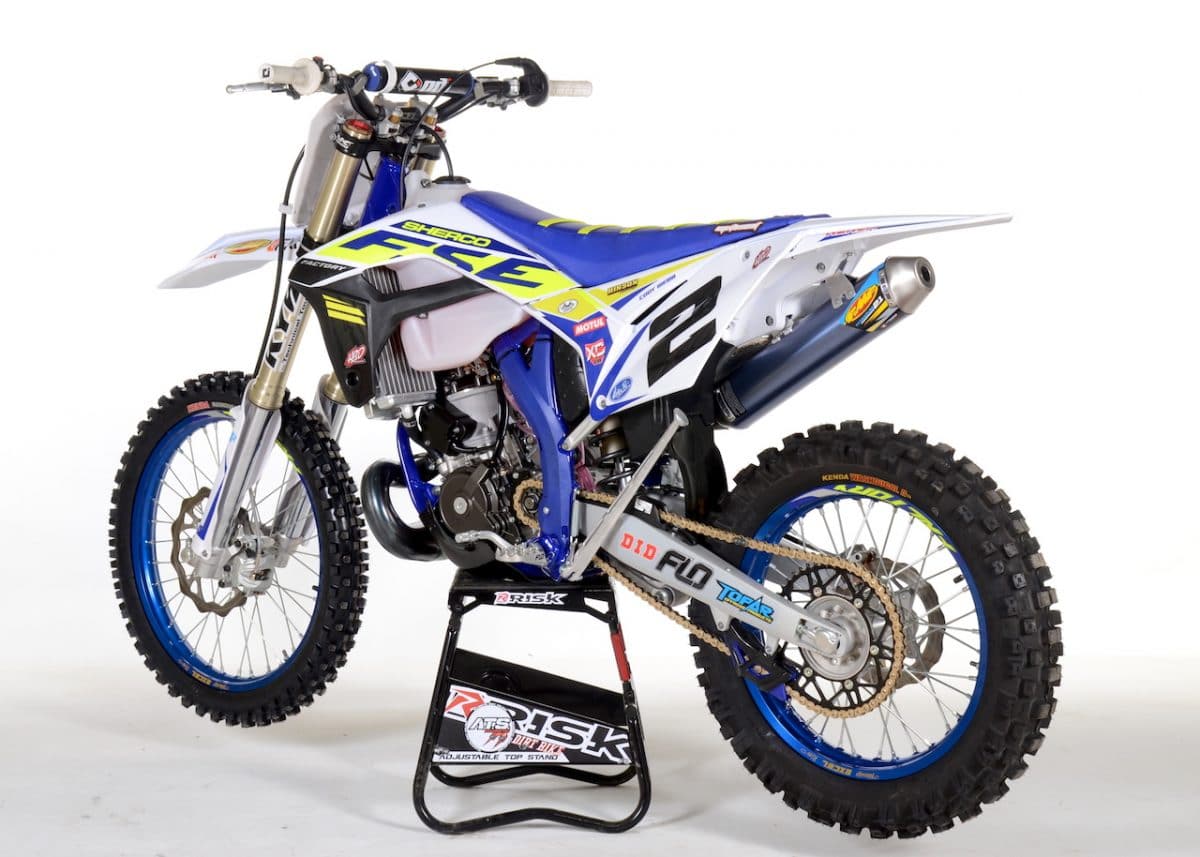 After chatting with Cody while shooting his bike in the studio we are very interested to see how he adapts to the new machine. It sounds like with minimal amounts of testing under his belt he is already feeling comfortable and says that this chassis and engine power characteristics fits his riding style perfectly.

If you like the 300cc two-stroke on this weeks post check out this insane Yamaha YZ300 we built for an upcoming magazine. Click the image below for more now! 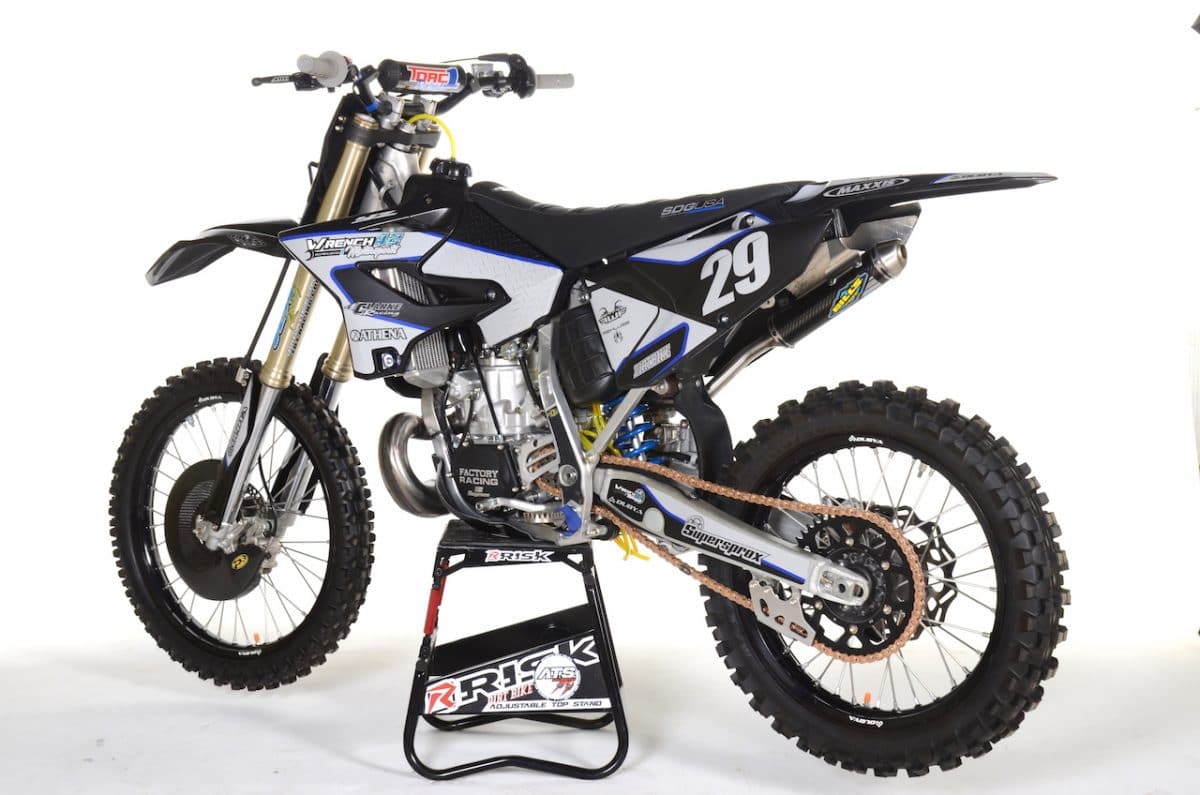