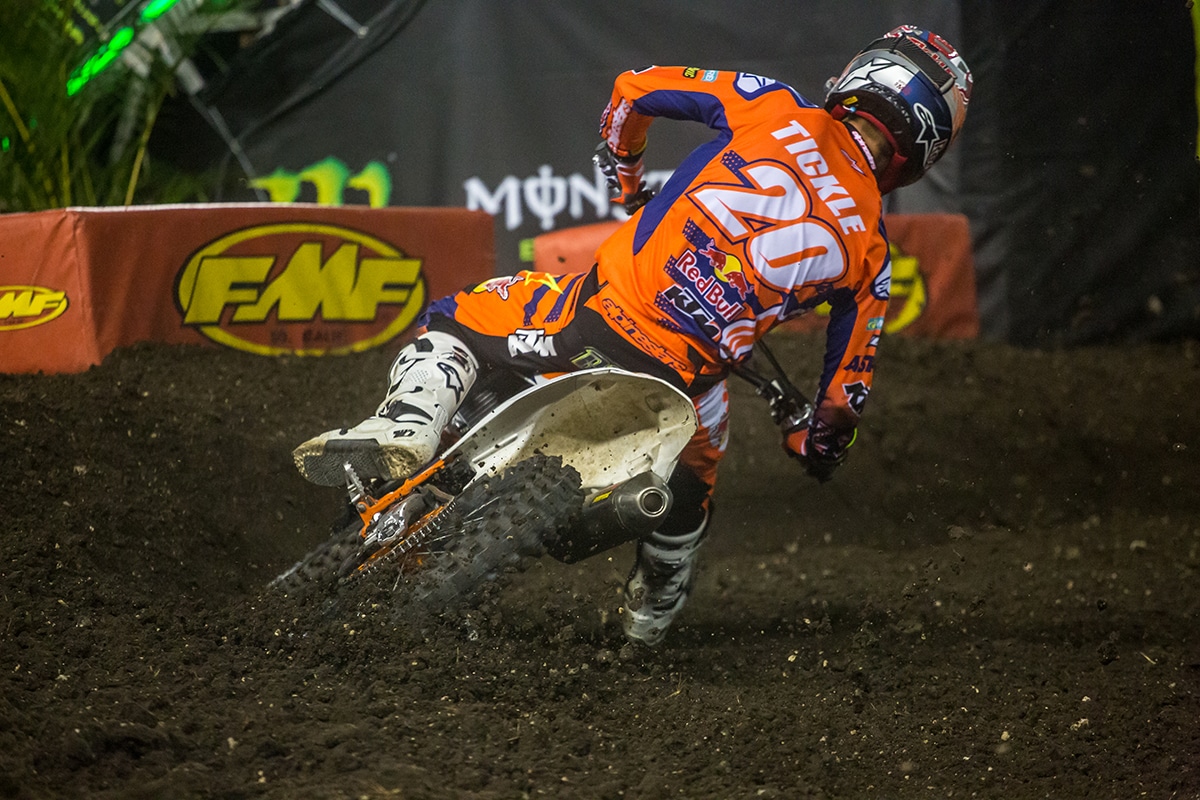 In an interview with Donn Meada at Swapmoto live, Broc Tickle revealed that his two-year suspension is now official. Here’s what he said.

“I received an email yesterday with my official sentencing from the CDI panel which is in charge of WADA and under FIM. Obviously it’s been a while since my hearing date. I’ve been getting ready for outdoors and getting prepared and feeling like I was in a good place. Yesterday I woke up and was ready to go mountain biking and opened my email and it’s not exactly what I wanted to see. It’s (the sentence is) two years from San Diego Supercross race (2018). For me it’s difficult, but I can make a plan now and know I’m doing the right thing. The last month or so since my hearing it’s been difficult for me to stay focused on my training and focus on the small things just because I didn’t know if I could line up. It’s been a tough process this whole year and I’ve still got another nine months. But at this point I’m going to step my right foot in front of my left.  I plan on getting my personal trainer certification. I’m going to work on getting my USMCA certification to coach riders and keep me busy for the next nine months or so and hopefully when it’s time to race, I can put things in line to show up and be as good as I was whenever I got suspended. So, for me now it’s a readjustment. Like I said, in a sense I’m happy, in another sense I just want to be on the track racing.”

In April of 2018 it was announced that Broc had tested positive for methylhexanamine-5 following the San Diego Supercross. The substance was apparently and over-the-counter ingredient in nasal spray and has been found in some dietary supplements.

Previously, Broc said “I have never, intentionally or negligently, ingested any prohibited substance, and specifically, the alleged substance I allegedly had in my system on February 10, 2018. I have never cheated, doped, or tried to better myself by taking the short way; nor, has anyone around me offered or provided to me any substance that is prohibited by the FIM Anti-Doping Code. I have worked too hard throughout my career to put my career at stake by taking any short cuts.”

THE WEEKLY FEED: RACERS- WERE THEY TOUGHER BACK IN THE DAY?