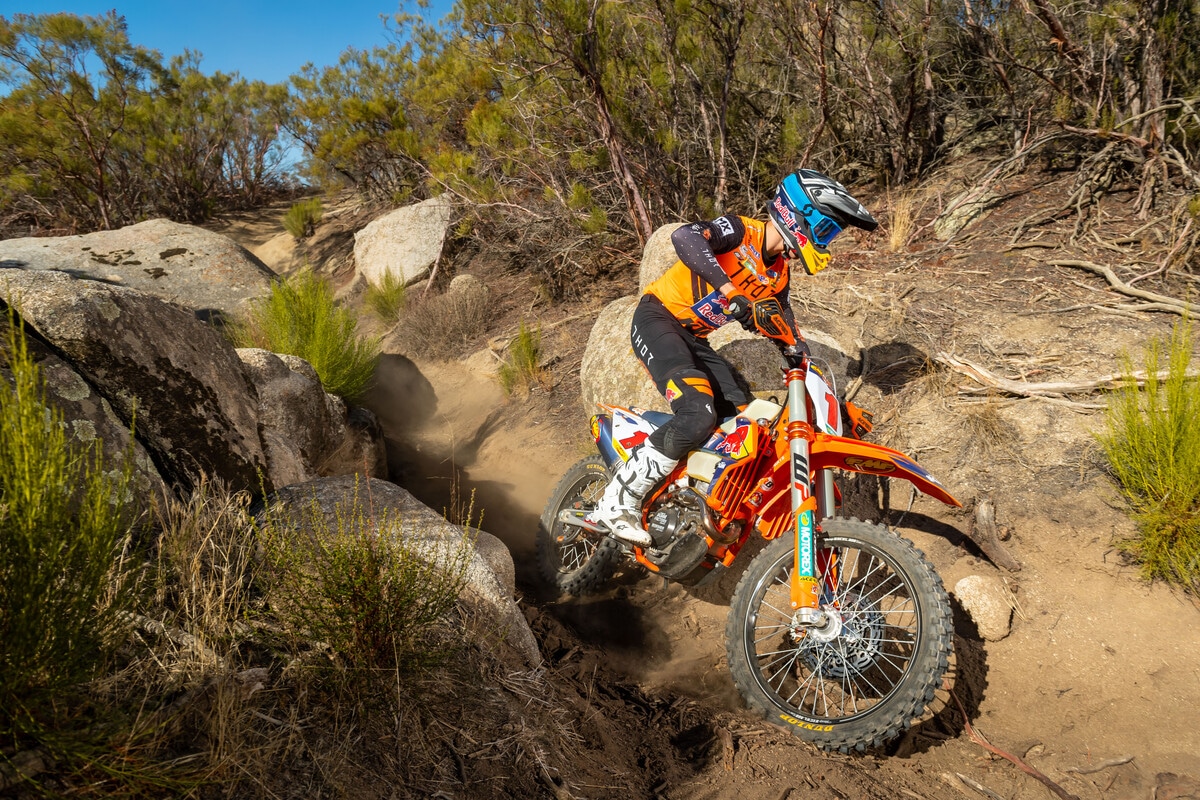 Ben Kelley and FMF KTM made it official today announcing that they have come to an agreement to extend his contract through the 2025 season. Kelley is currently off the bike due to an injury suffered earlier this year but will hopefully return to racing the GNCC XC1 division and AMA National Enduro series the second half of the year. The official release is below:

KTM North America, Inc. is pleased to announce that Ben Kelley has signed a multi-year deal to remain with the FMF KTM Factory Racing team through the 2025 season.
Kelley, the reigning GNCC XC1 Open Pro Champion, has proven to be a strong force in the Grand National Cross Country Series with an impeccable title defense that delivered an undefeated record through the first six rounds of the 2022 season. Despite suffering an injury that has kept him sidelined for the last three rounds, Kelley still sits second overall and well within striking distance of the title with four rounds remaining in the series. Also competing in the AMA National Enduro Championship, Kelley looks to build upon his earlier success this season as he aims to add more race-wins – and an NE Pro1 title chase – to his agenda over the next three years.
Ben Kelley: “I’ve been working with KTM for a handful of years now and we have had great success together as a team. I’m excited to sign for three more years and look forward to continuing to progress as a racer. KTM strives for excellence and is an environment I am proud to be a part of.”
Tim Weigand – FMF KTM Factory Racing Team Manager: “On behalf of myself and the team, we are excited to have Ben continue with our program for the next three years. He is the epitome of a champion and he puts forth 100% effort both on and off the track to be the best week-in and week-out. We can’t wait to see what is in store for Ben in the future.”
Ben KelleyFMF KTM
Share FacebookTwitterGoogle+ReddItWhatsAppPinterestEmail