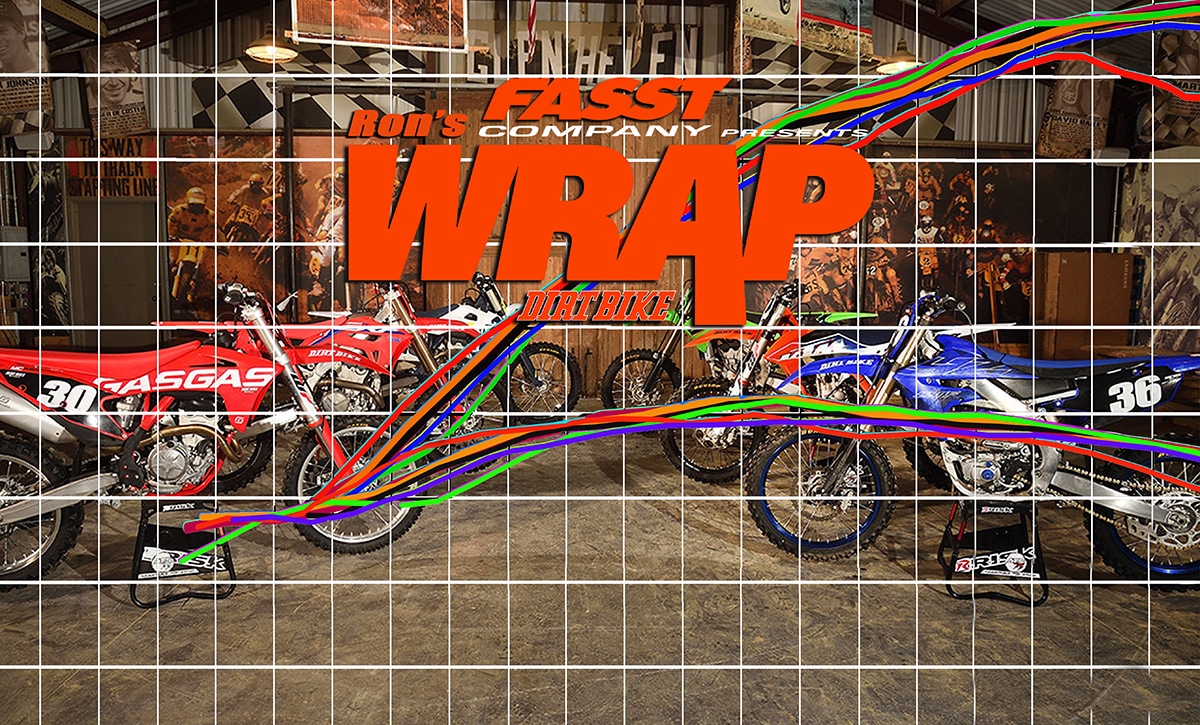 The 2022 250 MX shootout is officially wrapped up. The last item on the list each year is to take them all to Pro Circuit to have them tested on their Dynojet dynamometer. This can provide a few surprises. For the record, the dyno results never play a part in the final outcome. The result is based purely on rider input. Most of the time, the numbers are exactly what we expect. Sometimes there’s a plot twist. For the past three years, the Yamaha has been the most interesting source of surprise for our test riders. 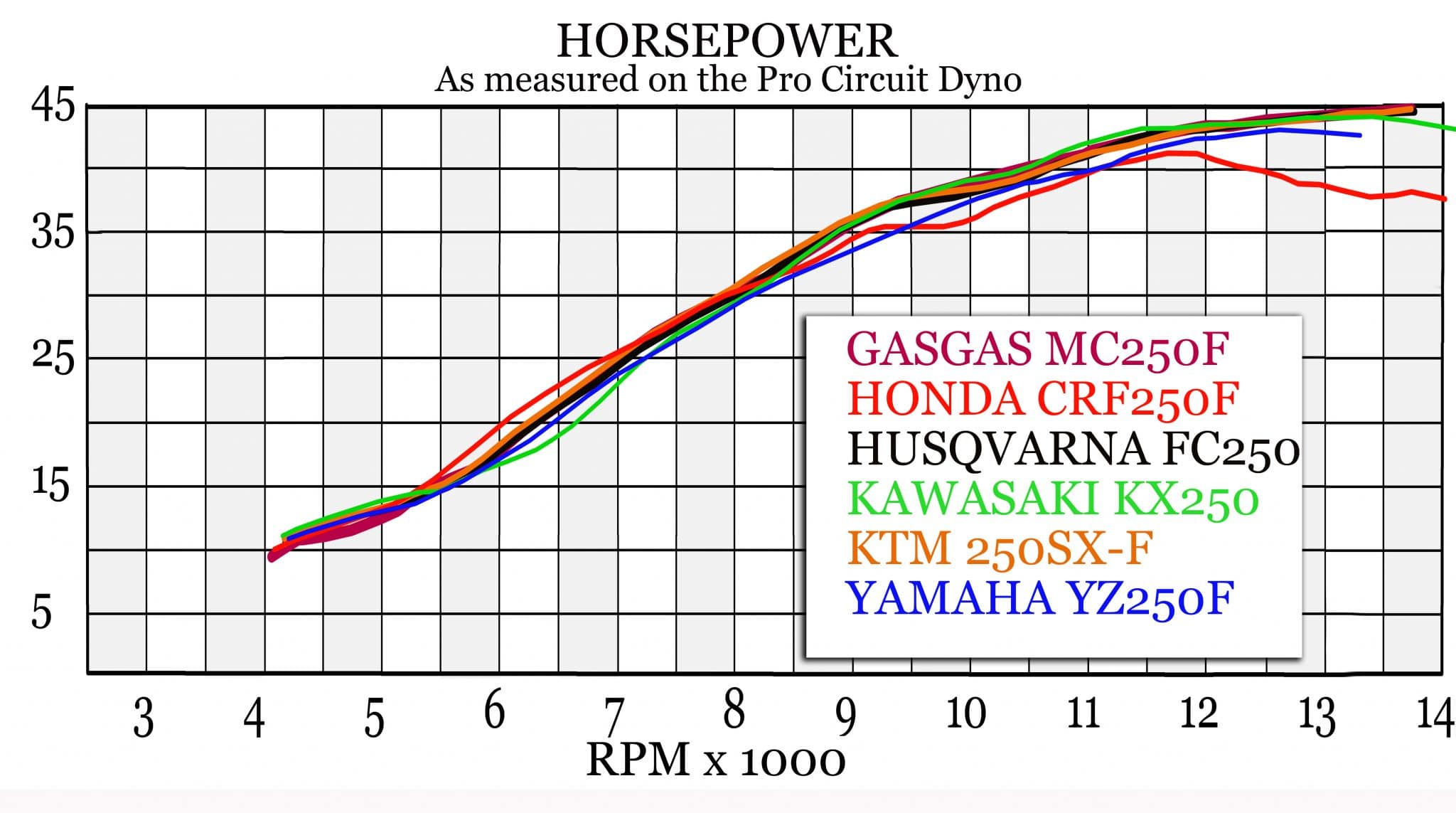 Here’s how the peak horsepower numbers stack up for 2022:

If you reshuffle them by peak torque, here’s how they stack up: 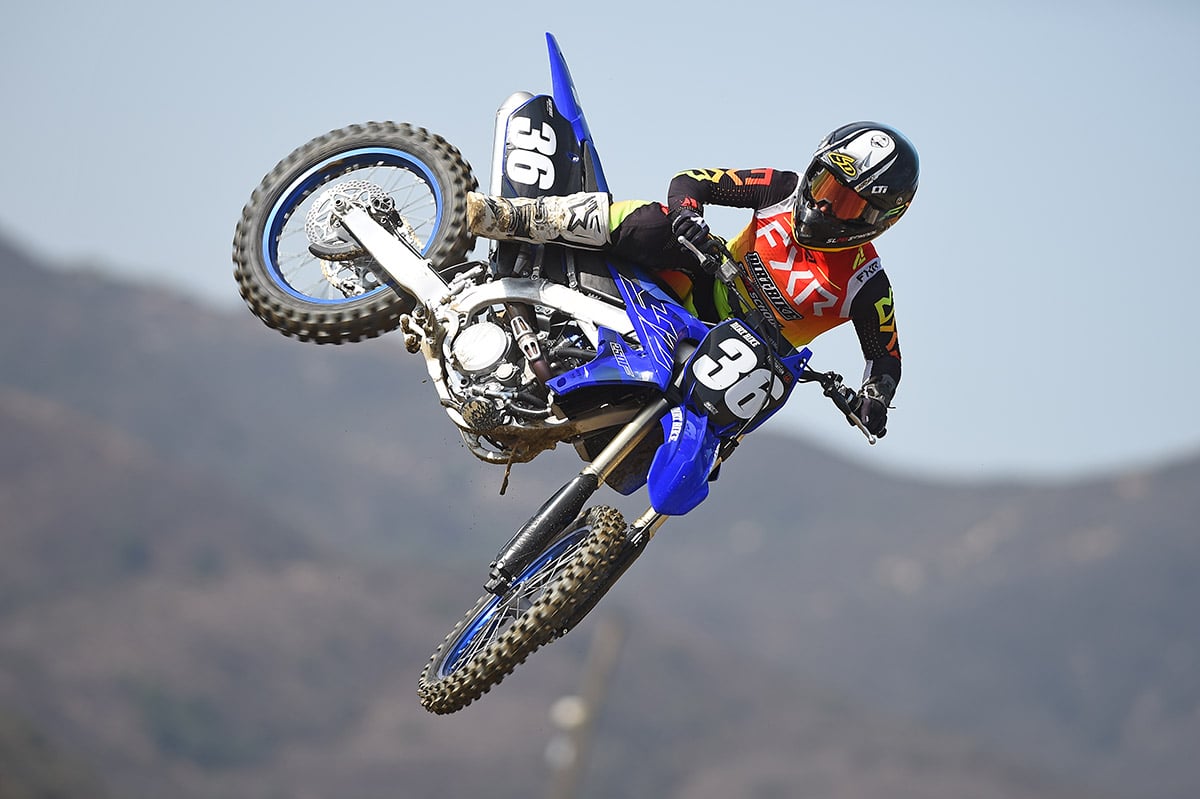 Once again, the Yamaha numbers don’t necessarily match test rider remarks. Most people say that the Yamaha has the most low-end. It actually produces the least peak torque of the entire group, and never makes more power or torque than the Austrian Trio anywhere on the chart. That demonstrates more about how dynos work than anything else. When a bike is tested on the dyno, the throttle is wide open from the very start. The horizontal axis depicts rpm, not throttle opening. On the track, however, riders use half-throttle often at low rpm. Wacking it wide spen can result in hesitation. So when riders talk of low-end power, they are often referring to partial-throttle response, where the Yamaha shines.

We knew the Yamaha would present itself that way on the dyno test, but the Honda surprised us. It falls off on top more dramatically than most riders reported. Clearly, Honda put more emphasis on low-end power for 2022–look how strong it is between 6000 and 7000 rpm. For the field results to our 2022 250 motocross shootout, click here.