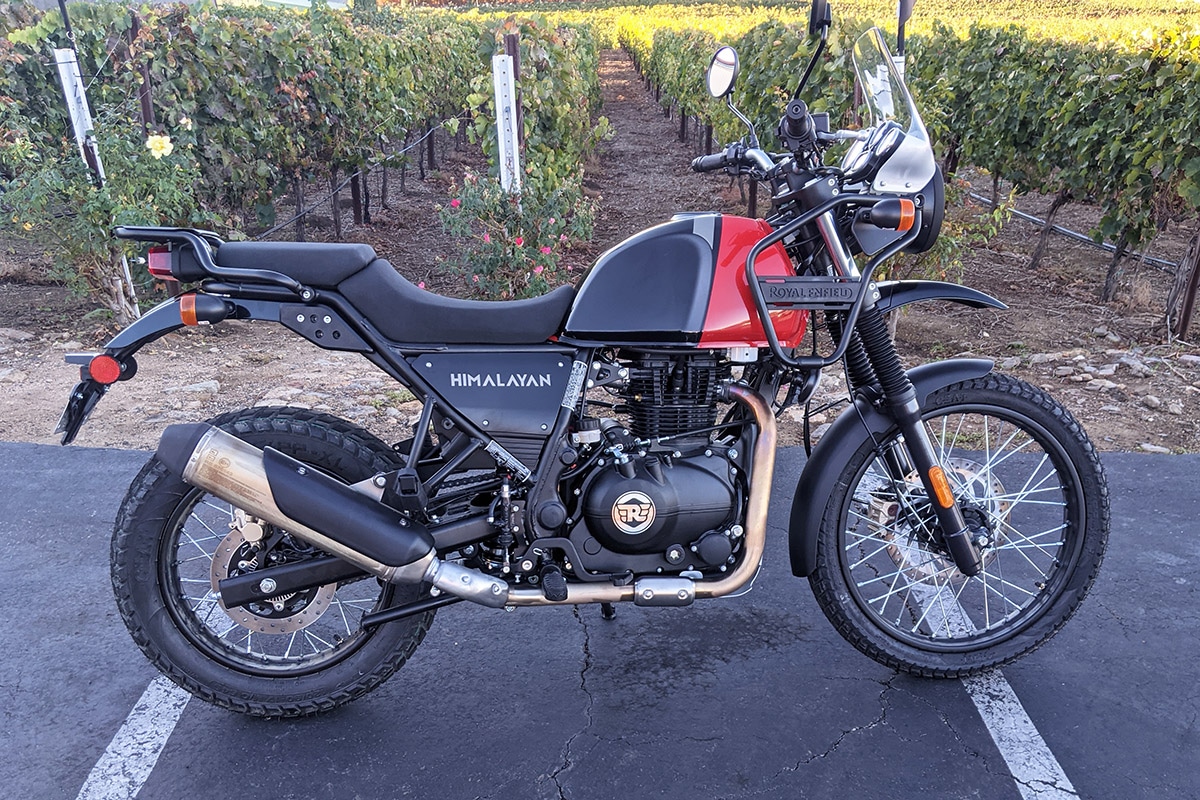 The Royal Enfield Himalayan has all the makings of a cult classic. This is a motorcycle that has a rich heritage, an accessible price and fantastic utility. Royal Enfield, in case you haven’t studied your motorcycle history recently, has a legitimate claim as the world’s oldest motorcycle manufacturer. The company has been making motorcycles since 1901; first in Great Britain, now in India. You can argue that Husqvarna and Peugeot are older companies, but haven’t made legitimate motorcycles without interruption as long.

For most of that period, Royal Enfield concentrated on inexpensive retro bikes and cruisers. In 2016, that changed with the introduction of the Himalayan, a purpose-built adventure bike. In a twist that you don’t see often, the name “Himalayan” isn’t just about image. The bike truly was tested in the Khardongla pass between the Indian subcontinent and Asia.  An air-cooled, 411cc, SOHC motor with a counter-balancer was developed from scratch. To us, it doesn’t really come across as a very modern motor, but Enfield probably made a wise decision to stick with its reputation for very simple designs. The chassis is actually the first Enfield to have single-shock suspension and linkage. It has disc brakes, spoke wheels, a frame-mounted windscreen, a luggage rack and provisions for luggage. 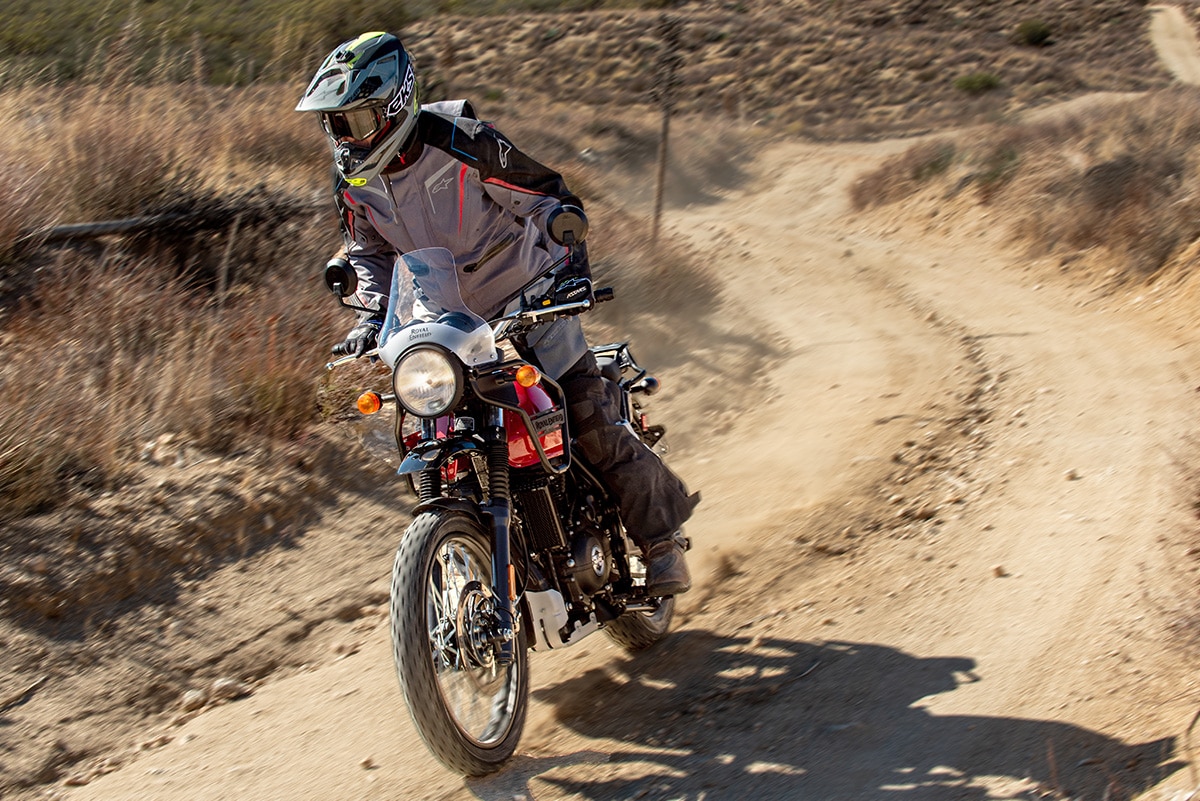 The current version of the bike has undergone a number of small changes, the most recent of which is integration with Google Maps for a non-subscription-based  navigation system. The most  compelling aspect of the Himalayan is its price. The 2022 version sells for $5295. We recently got the chance to spend a day riding one in the hills around the Southern California wine country. The first thing that hits you is its low seat height. You swing a leg over it easily, making it much more accessible than most adventure bikes. It also has a very relaxed, comfortable riding position.

The motor isn’t especially powerful, even for a 411cc single. It’s a low-revving utility motor and that colors how you approach any given ride. You shift out of racing mode and simply enjoy the scenery. Enfield did a great job with the suspension. It’s soft and cushy, and you wouldn’t want it any other way. You don’t jump, slide or wheelie on the Himalayan. It’s not that kind of bike, but it can get you over some pretty rugged terrain.

If you’re in a hurry, the Himalayan can get the job done, but its more appealing qualities turn into liabilities. The low seat height is a blessing until you run out of ground clearance, which happens quickly. The soft suspension is comfortable until you hit a G-out at speed, then you run out of travel and hit bottom. None of these things are surprising. As far as where you can go, the limitations for the Himalayan aren’t that different from any other adventure bike–you just have to slow it down and take your time.

Increasingly, there’s a big divide in the adventure bike world. On one end you have the high-dollar prestige bikes. They include machines like the KTM 890 and the Honda Africa Twin, then progress all the way up to BMWs and Ducatis that reach close to $30,000. On the other end you have motorcycles like the Kawasaki KLR650 ($6699), the KTM 390 ($6699)  BMW R310GS ($6440) and the Honda CRF300L Rally ($5999). The Himalayan sets you back less than any of those and gives you room to build. The high-dollar bikes have a tendency to limit what you can to do because of the risk to your investment. With a bike like the Himalayan, those limitations melt away.