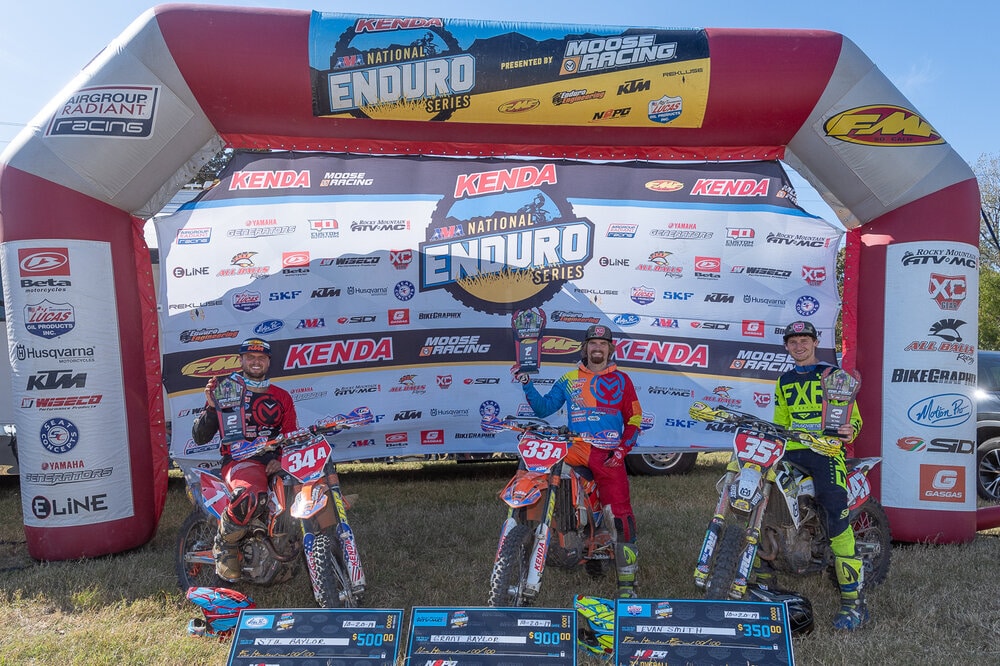 The 2019 AMA National Enduro series has been a two rider dog fight all year long. It just so happens that the two riders are related. Grant and Steward Baylor are also teammates on the Tely Energy KTM squad and the two have been exchanging overall wins all season long. Grant was able to win the penultimate round in Oklahoma but trails his brother by double digits in the points headed into the final round. Steward needs only a top-15 finish at the final round in Alabama to clinch the 2019 title.

Grant Baylor grabbed his fifth win of the season, and second in a row, at round nine of the Kenda AMA National Enduro Series at the Zink Ranch National Enduro in Sand Springs, Oklahoma. After seven tests and 65 miles of racing, Grant topped his brother and Tely Energy Racing teammate Steward Baylor by 13 seconds.

Grant won just two of the seven tests, but his consistency in the remaining tests was more than enough to earn the “W”.

Steward came into the race with a 31-point lead in the series standings and with a good chance to wrap up the championship a round early, needing only to finish ahead of Grant to sow things up. However, a series of mistakes by Steward and solid test times by Grant kept that from happening.

In all, Steward won more tests than Grant (3), but was too inconsistent and off the pace in the other four tests to catch his brother.

Husqvarna/Max Motorsports/FXR’s Evan Smith rounded out the podium in third, a position he’s starting to get used to. The Oklahoma race marked the fifth time Smith has finished third in 2019.

“I struggled in the sixth and seventh tests,” said Smith. “It was hard and slick, and I don’t ride that stuff as well, so I gave up some time there. I was competitive until then. But other than that, I didn’t have any falls. No big moments or anything. It was pretty steady.”