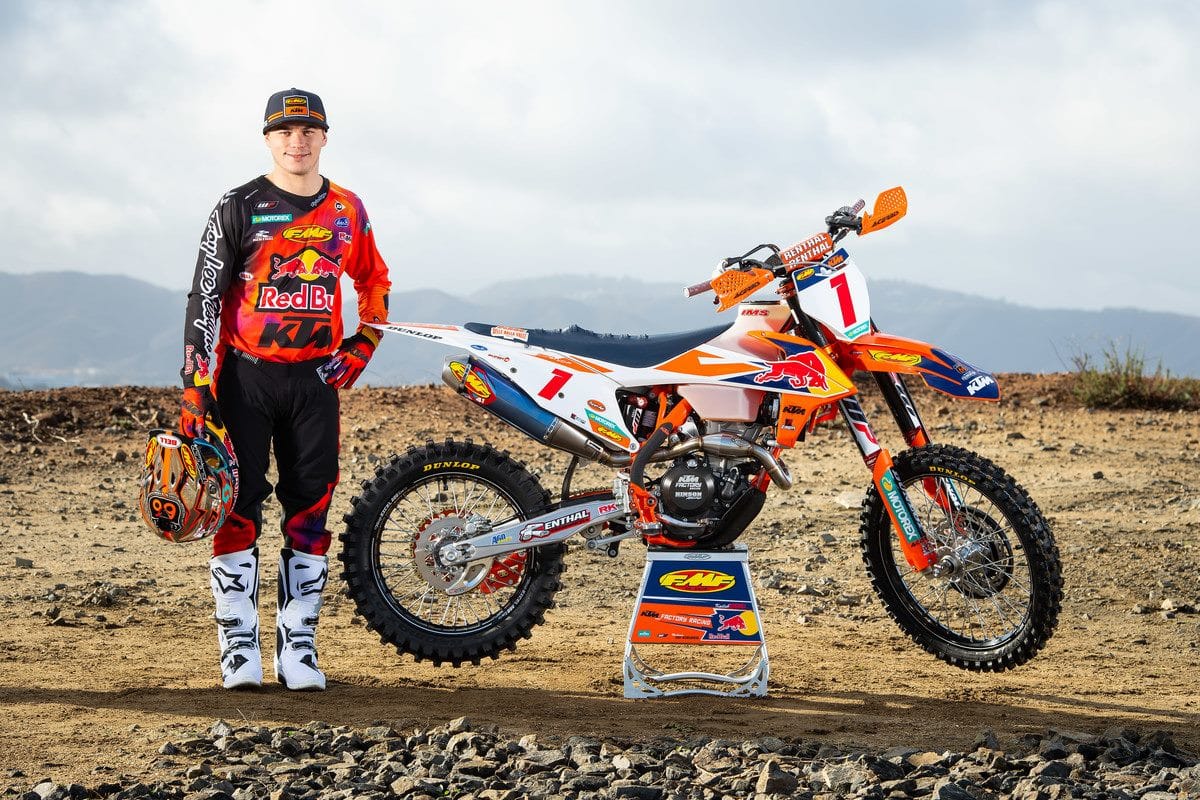 Kailub Russell joins GNCC series rival Thad Duvall on the injury list. The Red Bull KTM rider went down hard at the penultimate round injuring his shoulder. He will sit out the final round of the 2019 GNCC series but the team says he will be ready for the ISDE in the middle of November. Below is the official press release from team:

The recently-crowned seven-time GNCC National Champion re-aggravated an old shoulder injury at the previous round and will continue to rehab his shoulder in preparation for the upcoming International Six Days Enduro (ISDE), where he will once again represent the U.S. World Trophy Team in Portugal on November 11-16, 2019.

Team Manager, Antti Kallonen: “It’s a bummer for sure that Kailub is not lining up at the season finale this weekend but together we have decided that it is best to sit out this race in order to give the maximum time for rehab before ISDE.”

Kailub Russell: “I am definitely bummed to not be lining up at Ironman this weekend, it’s always a fun place to race. With the GNCC Championship wrapped up, we decided it would be best to recover the shoulder and get ready for the ISDE in November.”