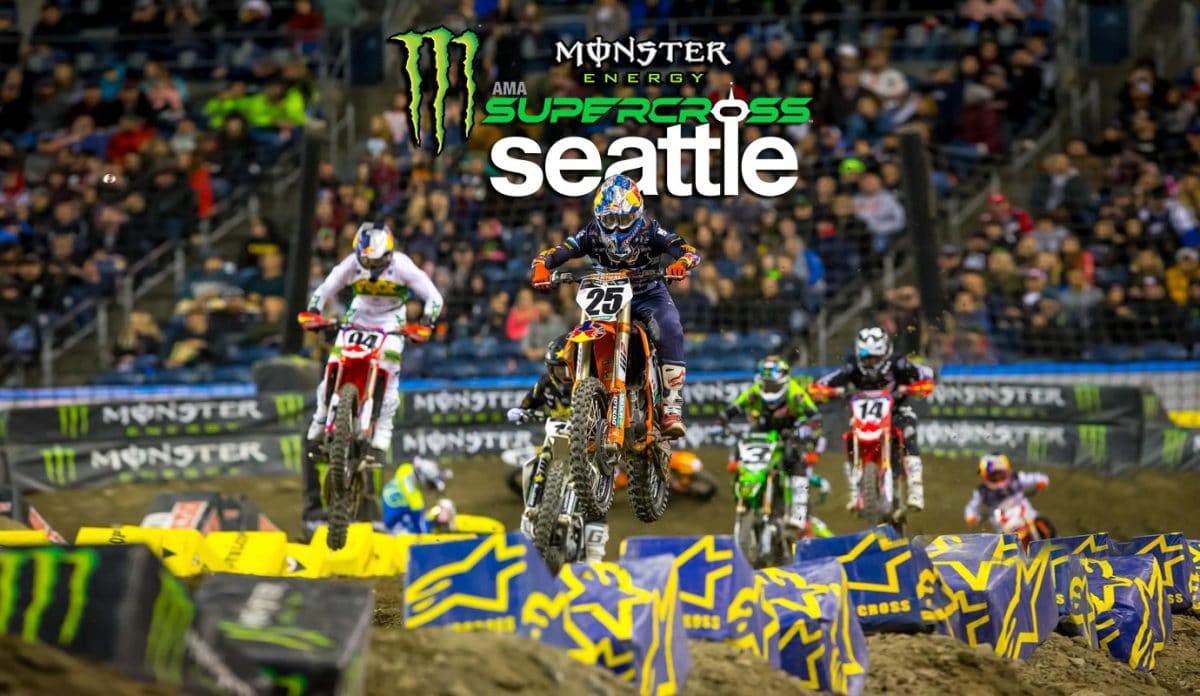 In the immediate aftermath of the 2019 Seattle Supercross, there were still questions lingering about who actually won. Marvin Musquin clearly had the best race, but a second-lap mistake put his victory in jeopardy. The red cross flag was out and he jumped anyway. In the end, Musquin maintained his race win but incurred a seven-point penalty in the 450SX Championship, where he now sits 14 points behind Webb with five rounds remaining. This is actually spelled out clearly in the rules.   Article 9c states that when a rider violates the no-jump rule “…During a main event race, if no positions were gained, the penalty will be the points and purse equal to two positions in the final results for that race plus two additional points.” Click here for the AMA  rules concerning red cross flags.

Marvin Musquin: “I really enjoyed the track and the riding, I was super happy about everything today. Unfortunately, I made a mistake in not seeing the red cross flag. I saw a lot of yellows and I slowed down to make sure I was safe but I did jump, and the rules are ‘no jumping.’ It’s a big bummer, hard to swallow, but it doesn’t take anything away from a big win today.”

Ken Roczen: I’m just happy with how I bounced back this weekend. When it happened (Marvin’s red-cross flag violation) I noticed it, but we had the whole main in front of us and when we went to the finish line, I forgot about it. It is what it is. He won, but I rode a solid main, and kept it on two wheels. It was a lot better this weekend.” 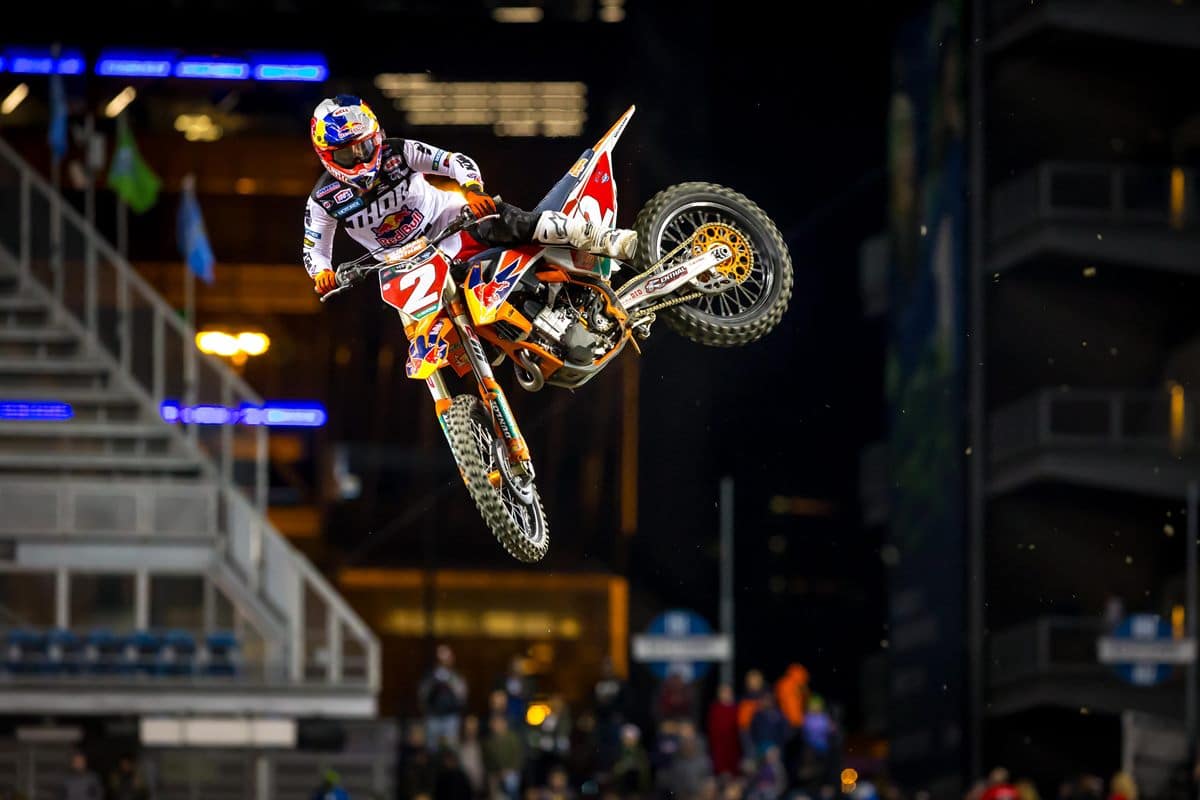 As for Cooper Webb, he quietly finished in fourth place, but maintains the exact same points lead he had coming into Seattle: 14 points.

Webb: “It was an up-and-down result today. It was a good charge back in the Main Event but I definitely wanted to be on the podium, so we’ll work hard this week and try to be back up there in Houston.”

The 250 class had no such controversy. Dylan Ferrandis was the winner without dispute. It was his first win in AMA Supercross, which seems odd given the success in his career so far.

Ferrandis: “There’s many reasons I have not won before this, Last year in round 3 I broke my arm so I missed the complete season. The year before was my rookie season, so I just need to do more racing. More racing in a stadium like this because I haven’t done that much in my life.”

The only real controversy was the nature of the whoop section at Seattle, which was long and big. “It’s good to have a long series of big whoops,” said Ferrandis. “You see who’s really good and who’s not. It was the best part of the track.” 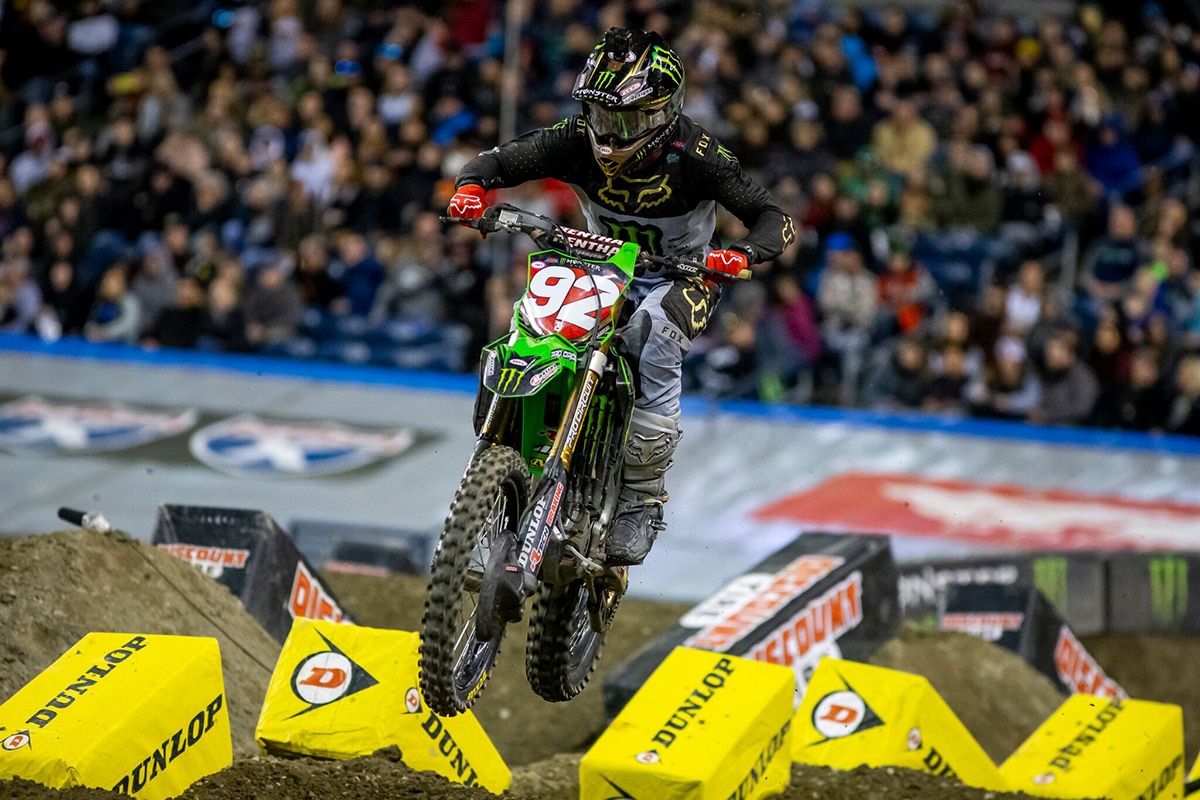 Adam Cianciarulo: “I was supershocked when I walked the whoops. I didn’t think they were going to be as bad as they were. I came into them in the first practice and almost came to a stop. I had a couple sections I was faster and maybe others that were slower,” said Cianciarulo. “Right in the middle of the race I got messed up by a lapper and it took me a little bit to overcome that. It was a tough track but I felt like I could have been better overall. We’ll go back to the drawing board for next week and hope to have a good triple crown in Houston.”

Jimmy Decotis: “The whoops were good all day. But It turned into a jump line. Overall I like big long sets of whoops. I think that’s something we need to separate guys. We’re racing professional Supercross. We should have big whoops.

THE WEEKLY FEED: MARK BLACKWELL IN THE DEZ, MORE ON THE INCREDIBLE KTM 500XCF-W