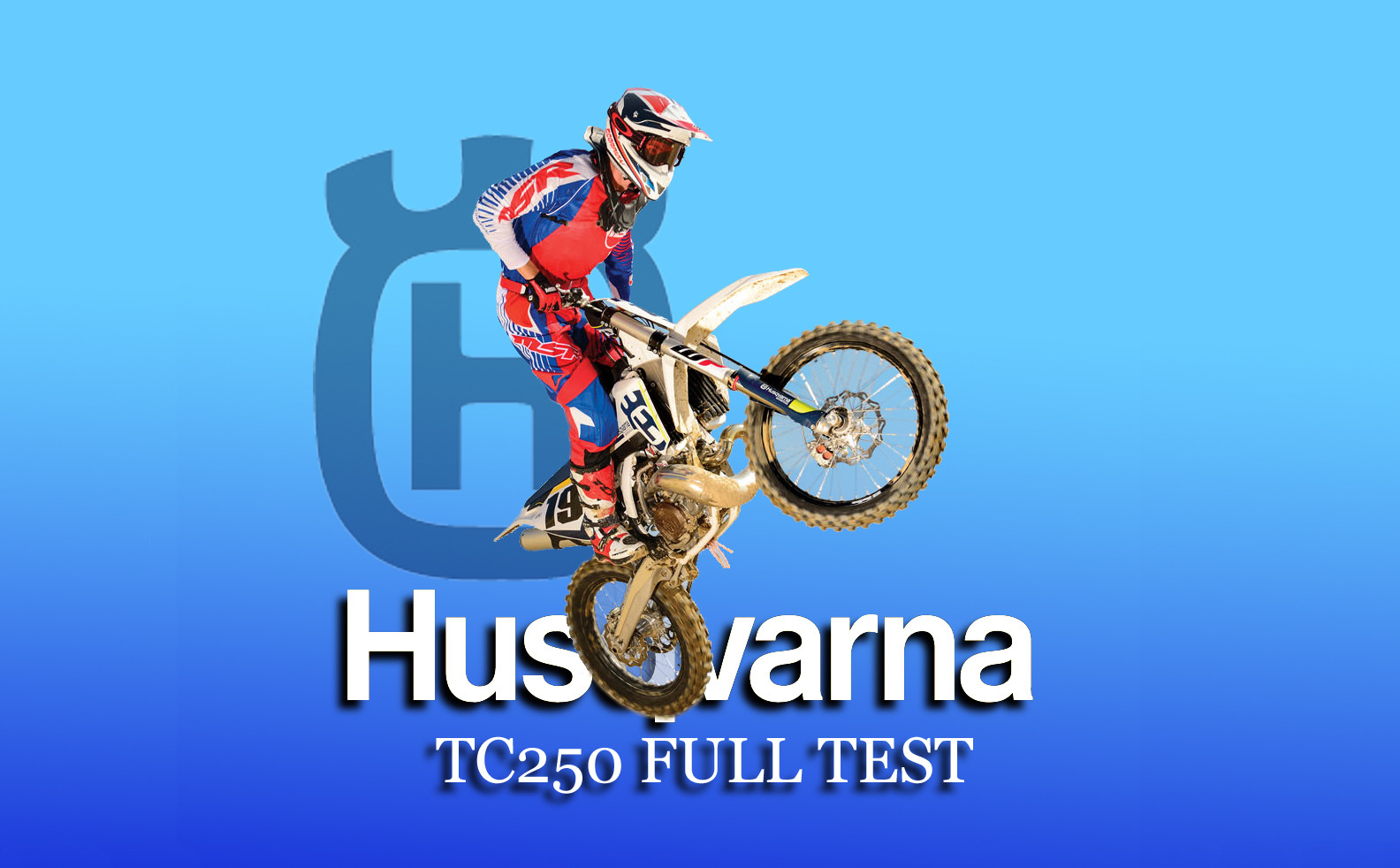 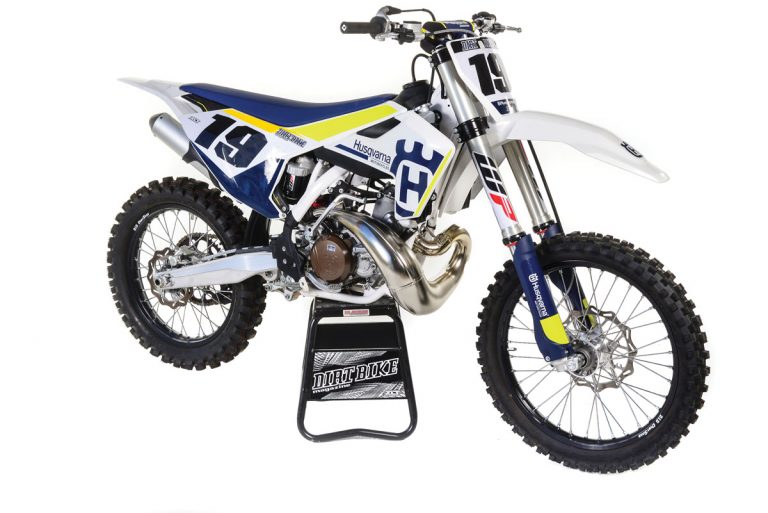 For 2017, the TC250 is a new bike. The previous model was at the end of a long evolutionary process that started in 1989 with the KTM 250SX of that period. This bike is one member of a new family of two-strokes that will include nine different models across the KTM and Husqvarna lines. How much does the TC250 have in common with its direct counterpart in the KTM line? That’s not such an easy question. The parent company has gone through a great deal of work to wash all KTM references from the Husqvarna world. The parts have different numbers and different packaging, the bikes look different, and they act different. It’s best to treat them as different motorcycles and move on. 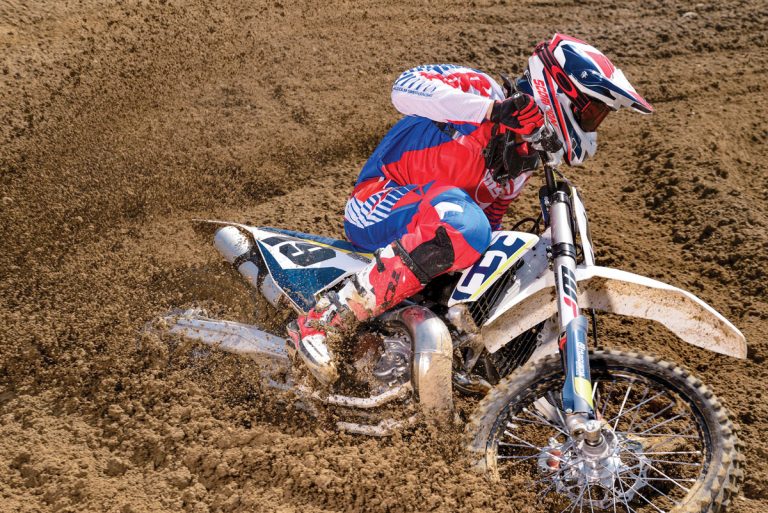 NEW STUFF
The motor is new, but some general ideas are the same. It’s a case-reed two-stroke with a ball-ramp-driven power valve. No fuel injection, no electronic power valve. We kind of assumed that those items would come with the next generation of two-strokes, but the factory tested all that technology and went with more established designs. The power valve is actually one of the only direct carry-overs from the previous model. The ball-ramp mechanism in the cases is designed to trigger the valve at just over 5000 rpm, give or take a little depending on how much preload you have on the spring. Then the owner can further tune how long it takes the valve to completely open by replacing another spring. What’s new is a counterbalancer located just behind the cylinder, aimed at keeping vibration down. Husky engineers also made a cavity where an electric starter could, in theory, be located. It’s under the crankcase, but it looks like it will be more than a bolt-on job. Given enough time, we’re sure the factory will come up with a kit. Everything in the motor is in a slightly different place compared to the old one. The crank is 19.5mm higher and the clutch shaft is 4mm higher. Also, the carburetor is now a Mikuni TMX38, breaking a long history with Keihin.
Likewise, everything about the chassis is new to the TC250, although we have seen many of the parts before on other models. The frame is essentially the same as that of the 2016 FC250 four-stroke, with a few changes to the motor cradle. That brings a new swingarm and rear-suspension system. The Husqvarna TC250’s most obvious departure from the KTM 250SX is the composite subframe, which is integrated with the airbox. In the past, this was a dubious feature; it was heavier and had more airflow restriction. Husky engineers have cleaned it up, but the airbox still results in different power characteristics compared to the KTM, and it’s clearly not very light. Another difference that stands out about the Husky is the Magura clutch master cylinder.
One thing that Husky and KTM motocross bikes for 2017 have in common is the new WP AER 48 air fork. This replaces the much-maligned 4CS spring fork. There’s a significant weight savings that comes when you ditch springs. The new Husky tips the official Dirt Bike scale at 212 pounds without fuel. Just for a point of reference, the Husky two-strokes that we thought were so light back in the ’80s were over 230 pounds. 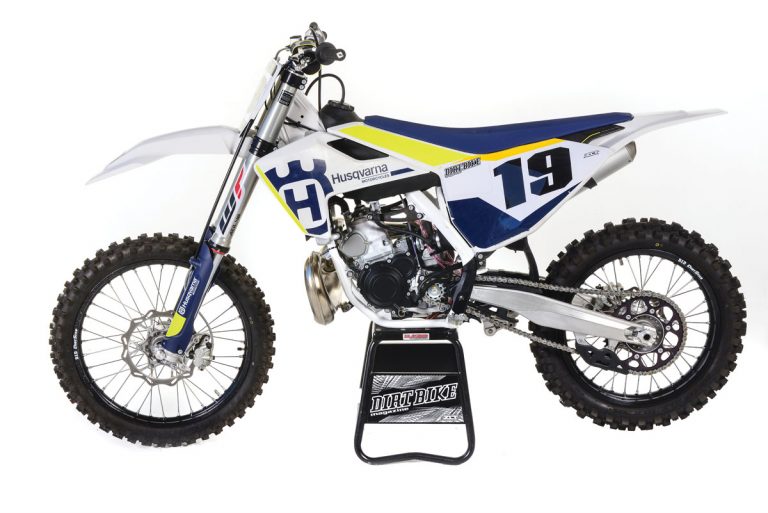 RIDE FAST, FLY HIGH
Let’s consider this a new beginning for the 250cc two-stroke motocross bike as a concept. It’s far superior to anything from the previous era and might just cause rank-and-file motocross riders in America to rethink the “four-strokes go faster” mentality. For one thing, it’s fast. In peak power it’s right in there with a Honda CRF450R. Even though the Yamaha, KTM and Husky 450s have more power on tap, most of us agree that those bikes are over the top in the output department. Usually, a 250 two-stroke makes you shift like crazy to keep it going because it doesn’t have as much torque down low or as much rev on top as a 450. This one, however, comes close. The TC250 has a much wider usable powerband than any 250cc two-stroke MX bike before it. In the hands of a pro motocrosser, it requires no more shifting than a typical 450. Here’s the hitch, though: most of us aren’t pro motocross riders. Most of us don’t shift a 450 nearly as much as we should because we’re lazy, and all that torque allows you to fake it. On the TC250, there’s no faking it. You have to shift just as much as a pro. If you try to ride it below the powerband, the power delivery is jerky and erratic. Welcome to the two-stroke world. As wide as the TC’s powerband is, it still hits very hard initially.
There are ways to make the hit a little mellower if you insist on running at low revs. As mentioned, the power valve is adjustable in two ways. You can change the preload on the ball-ramp mechanism, which changes the rpm at which the power valve starts to open, or you can change another spring that more or less alters when the power valve finishes opening. Keep in mind that in stock form the valve operates the way it was intended. If you delay it, you’ll make the power hit even harder, just later.
Jetting can be another way to alter a bike’s power delivery. This is tricky, because the Mikuni is a new application for KTM. It seems to have a very lean spot down low that resists most easy solutions. On most motocross tracks you don’t notice it because the lean area is so low, but it can cause the bike to ping occasionally or surge when you chop the throttle and pull in the clutch. Check with us here as we experiment with more solutions. 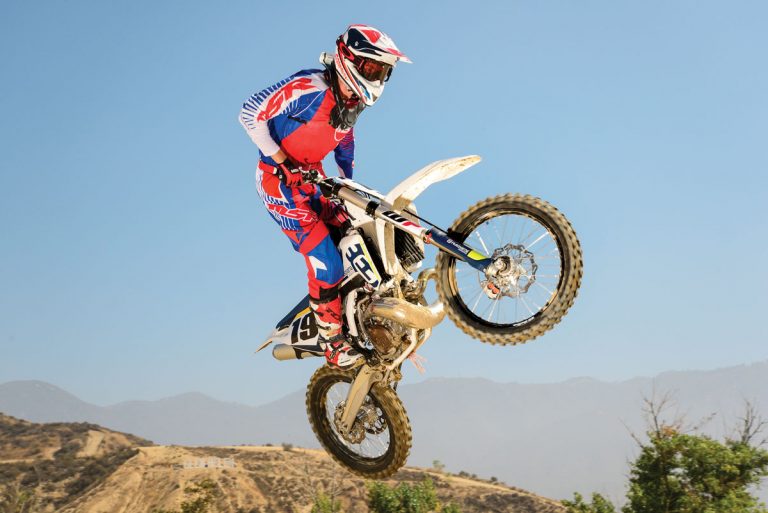 HANDLING SWEEPSTAKES
If you talk to pro riders who have compared 250 two-strokes to 450 four-strokes, the most important difference isn’t power. Contrary to what you might think, it’s handling. A big 450 simply holds a line better. The Husky TC250 makes huge progress on the front for several reasons. First, it’s so light you feel you can get away with almost anything. Second, it’s pretty stable in the first place. We don’t know why, but the new TC goes much straighter in the rough stuff than its predecessor. Some riders think it’s the counterbalancer that the extra rotational mass adds a little gyroscopic stability. Maybe, but a contributing factor is that the new chassis and suspension are simply better. The AER 48 fork, in particular, is rapidly becoming our favorite air fork. We’ve already tested it on five other bikes between the 2016 KTM Factory Editions and the new 2017 models, and it’s performed well on everything. The 250 has a standard air setting of 10.6 bar, which seemed a little stiff to most of our test riders. With the pressure set to 9.9, it was much more universally appealing. There are still occasional complaints about slap landings and small chop, where the front end transmits a little too much impact, but we’re just getting to know this fork now. We’ve had years to figure out most others. And, in all situations, riders agree that the fork is much, much better than the old 4CS. 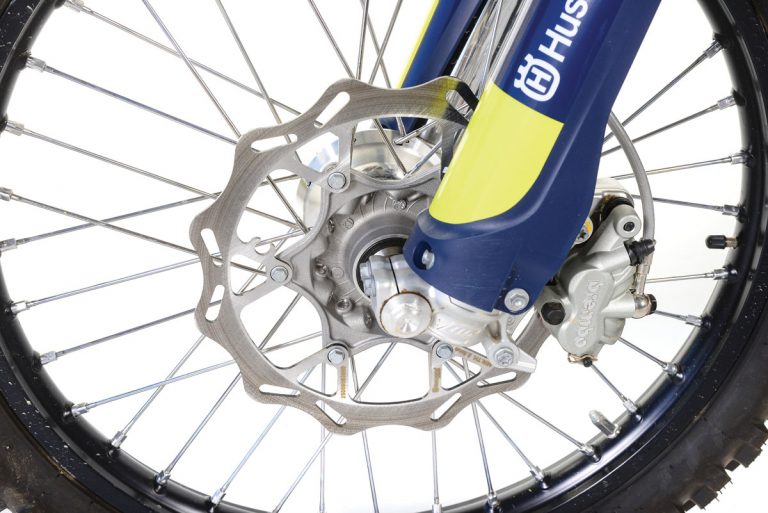 GETTING TO KNOW YOU
We don’t ride two-strokes as often as we used to. We forgot some things, like how much gas to bring. The Husky is a very thirsty bike. Remember not to lean it over too far, or if you do, remember to turn off the gas. Kick it hard too. If you get the kickstarter to move, it will start, but it doesn’t kick itself. There are some other things we remember differently too. Two-strokes were never this smooth in the old days. The counterbalancer definitely works.
Other things are exactly the same as the rest of the bikes in the Husky line. The brakes are awesome, and the hydraulic clutch, bars and controls are all excellent. The bottom line is that this is an amazing motorcycle on so many levels. It’s fast, light, fun and well made. We can’t say that it will tip the balance of power back towards two-strokes. That’s a tall order for one bike, but it’s a step in the right direction.