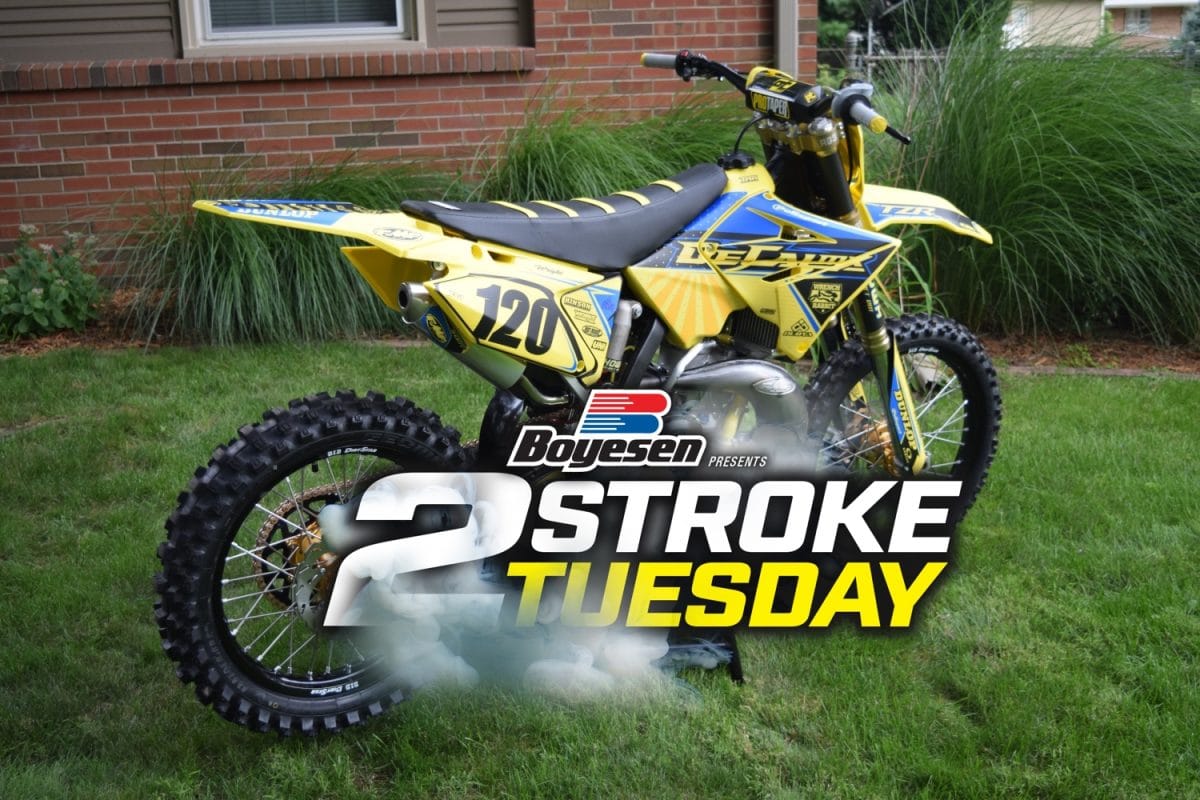 On this week’s Two-Stroke Tuesday we look at a 2004 Suzuki RM250 that was built by Nic Wright at Decal Works MX. Nic is one of those people in the industry that works behind the scenes designing graphics for all the project bikes you see on social media. 2-Stroke Theater is packed with four 250cc projects you don’t want to miss and there is an exclusive link to our off-road YZ250X build at the bottom of his post. 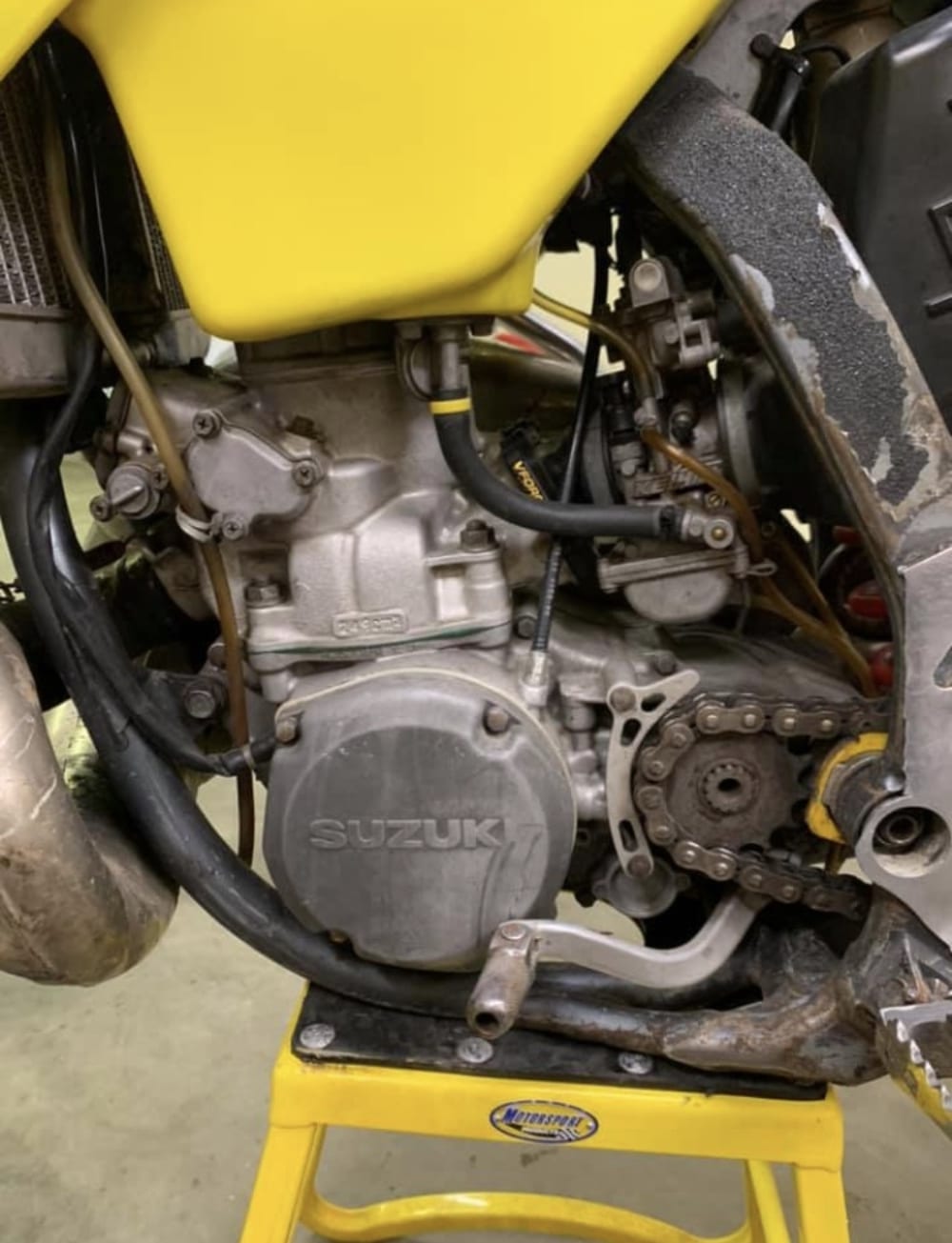 Nic bought this machine off craigslist and as you can see it was pretty much you typical find. The bike needed a complete teardown. 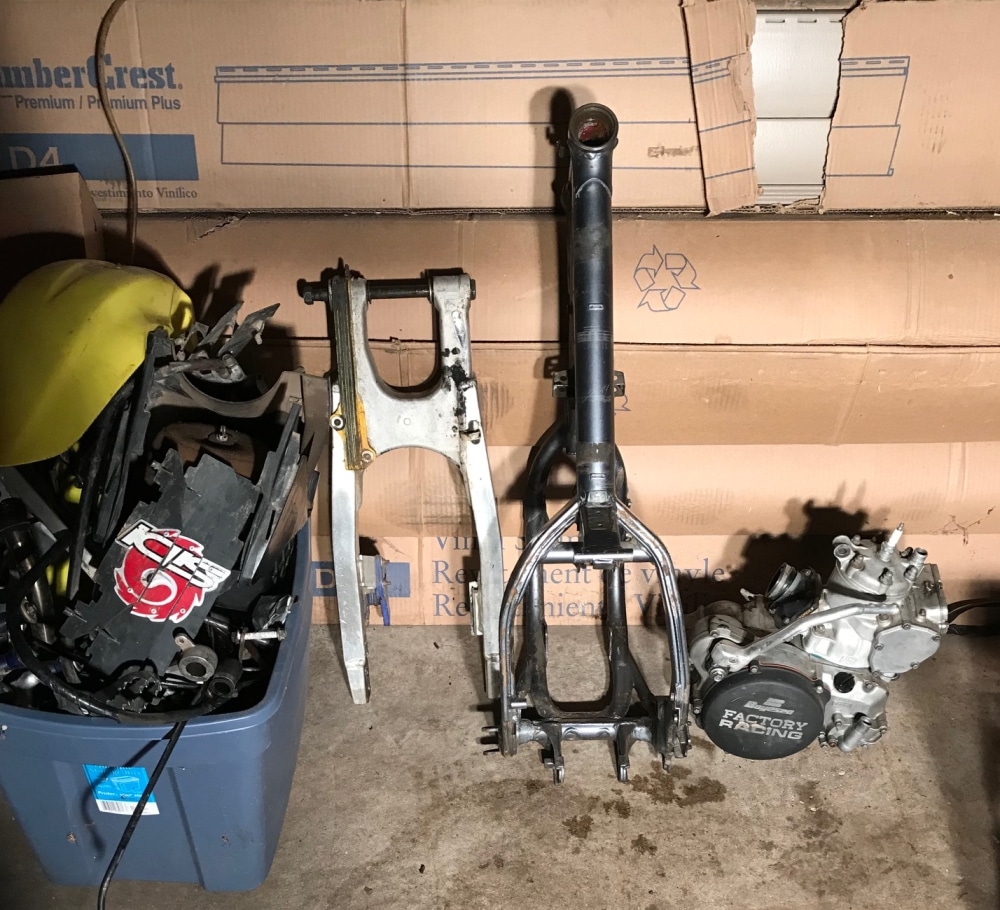 Nic went all out on this build. As you can see it was a complete rebuild. This is were a lot of projects stop. People will get everything torn apart, get overwhelmed and just throw it all in the corner of the garage never to be seen from again. 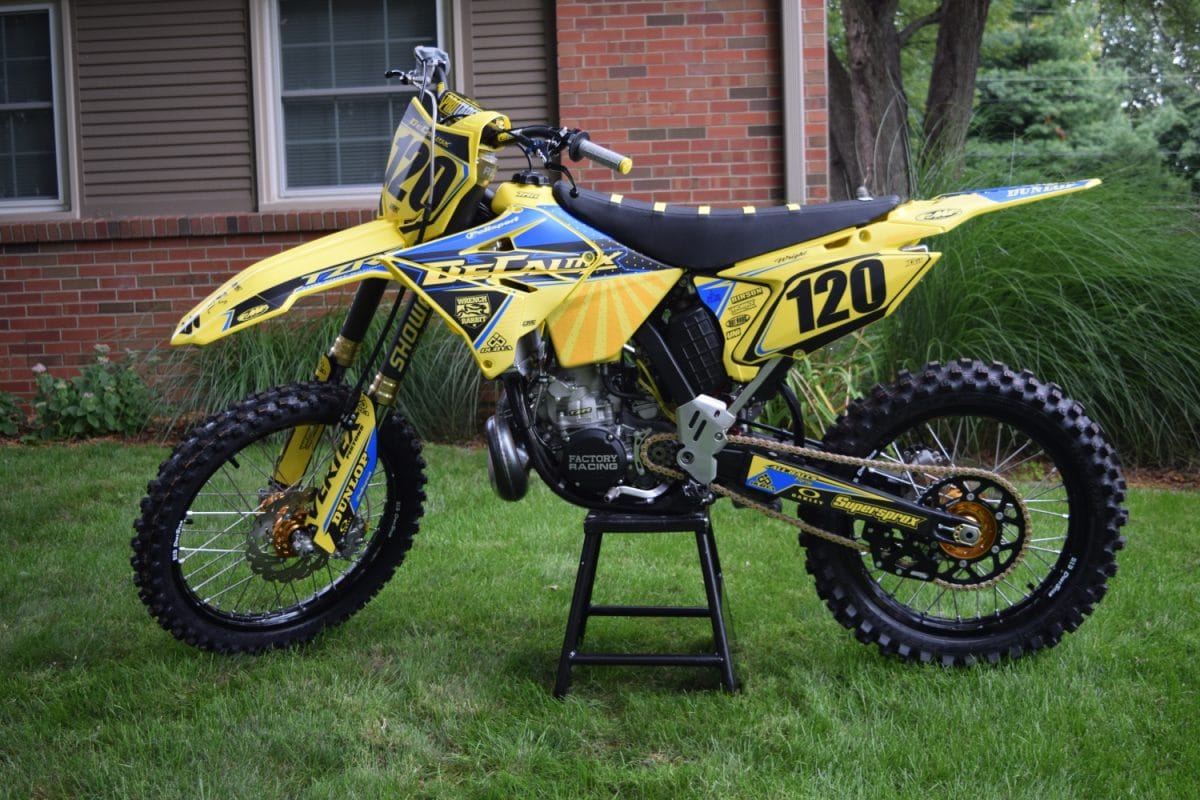 Decal Works has teamed up with Polisport Plastics in a big way. Polisport has been releasing two-stroke restyle kits for the past couple years and killing it. Nic used the brand new RM Restyle kit in all yellow for his build with a custom set of graphics to match. 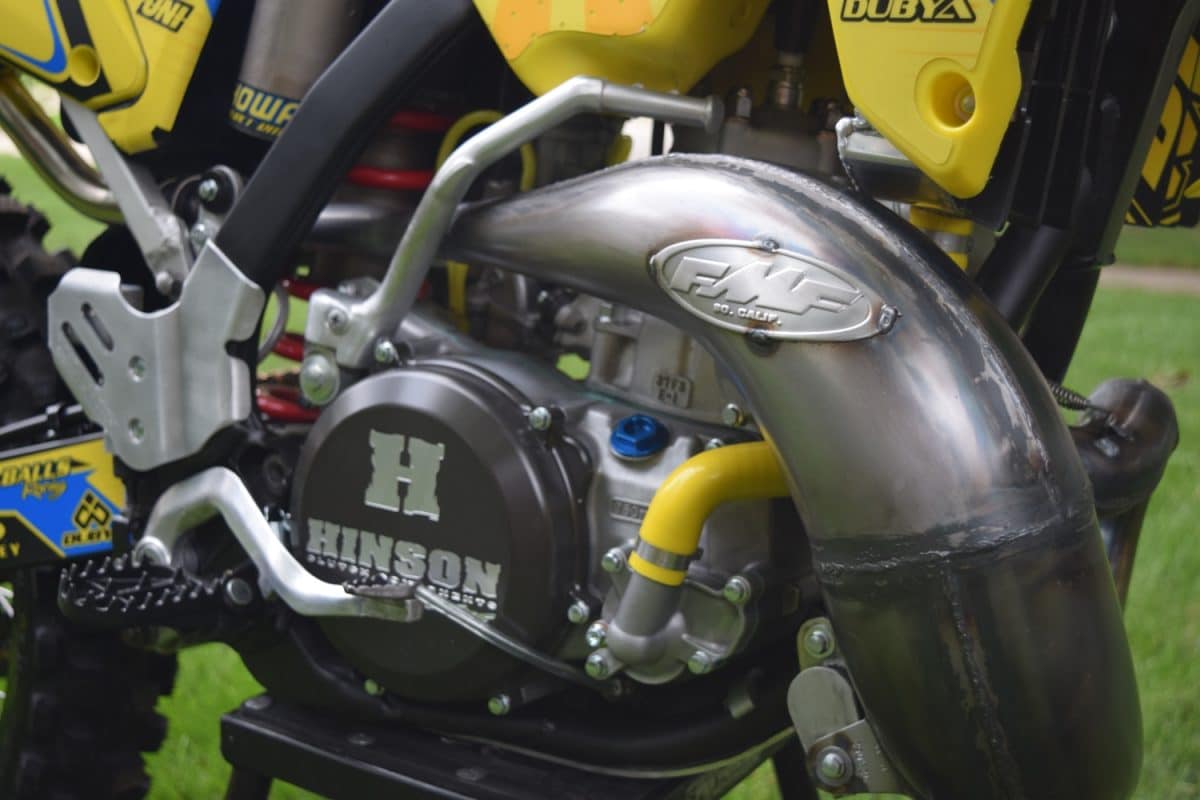 The engine was completely rebuilt by TZR using a Wrench Rabbit kit a Hinson Billetproof clutch and lots of elbow grease. An FMF works style exhaust was also added for some extra performance. 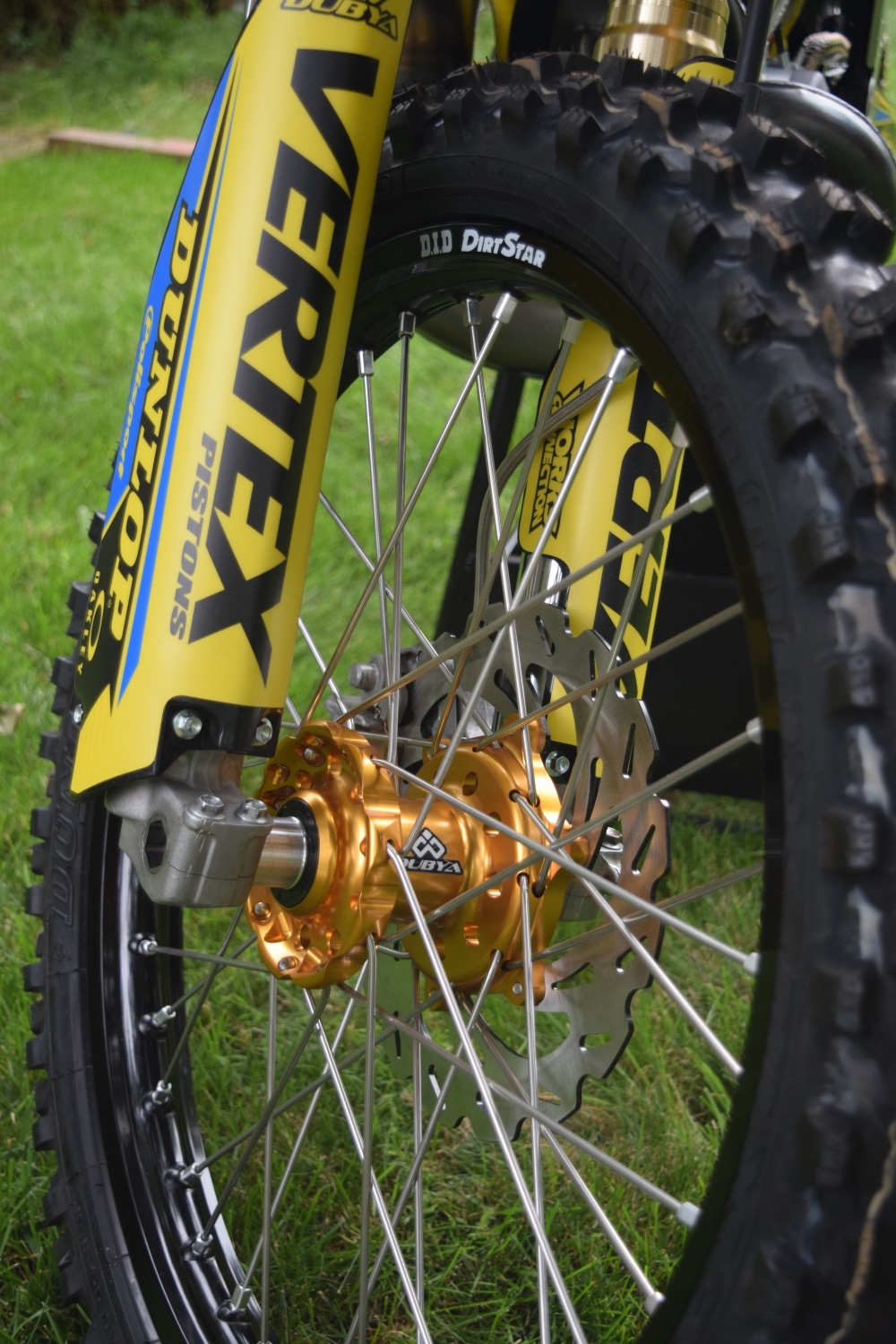 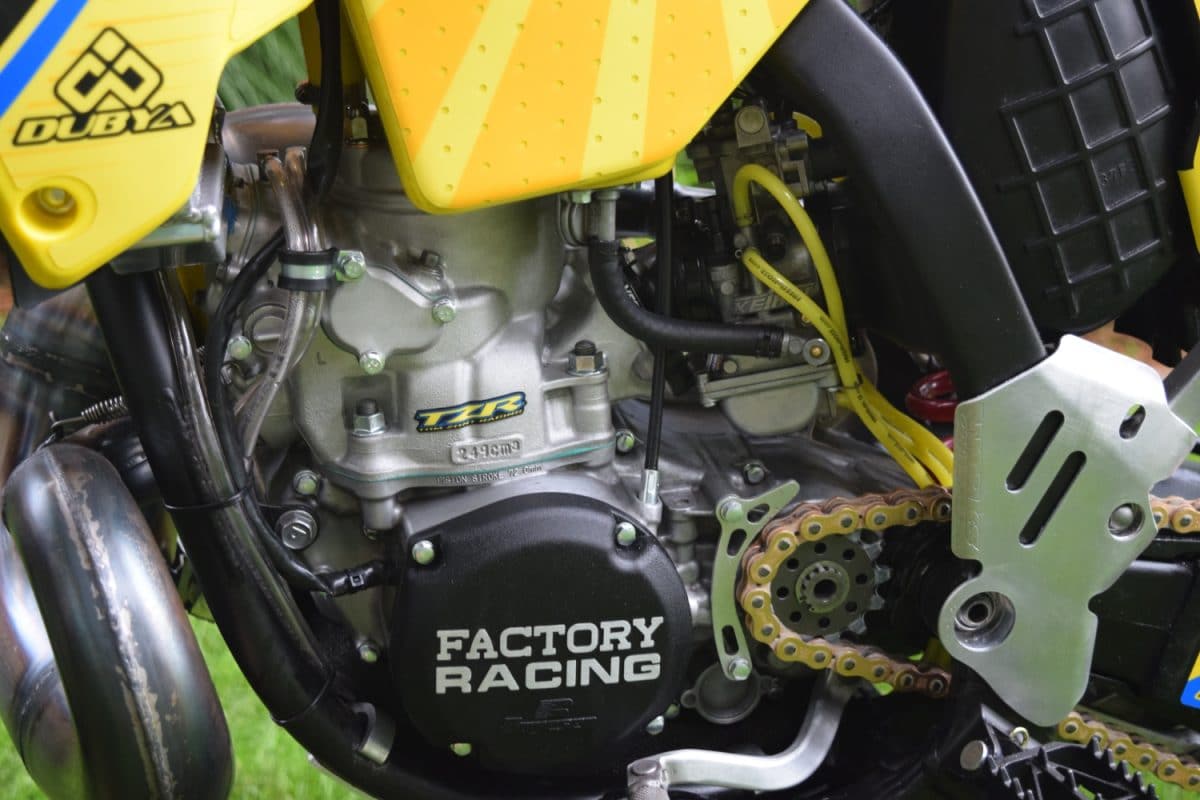 The crew at TZR has some hour invested into this RM250 project. As you could see in the earlier picture it was in sad shape. What a difference a little time, money and passion can make. 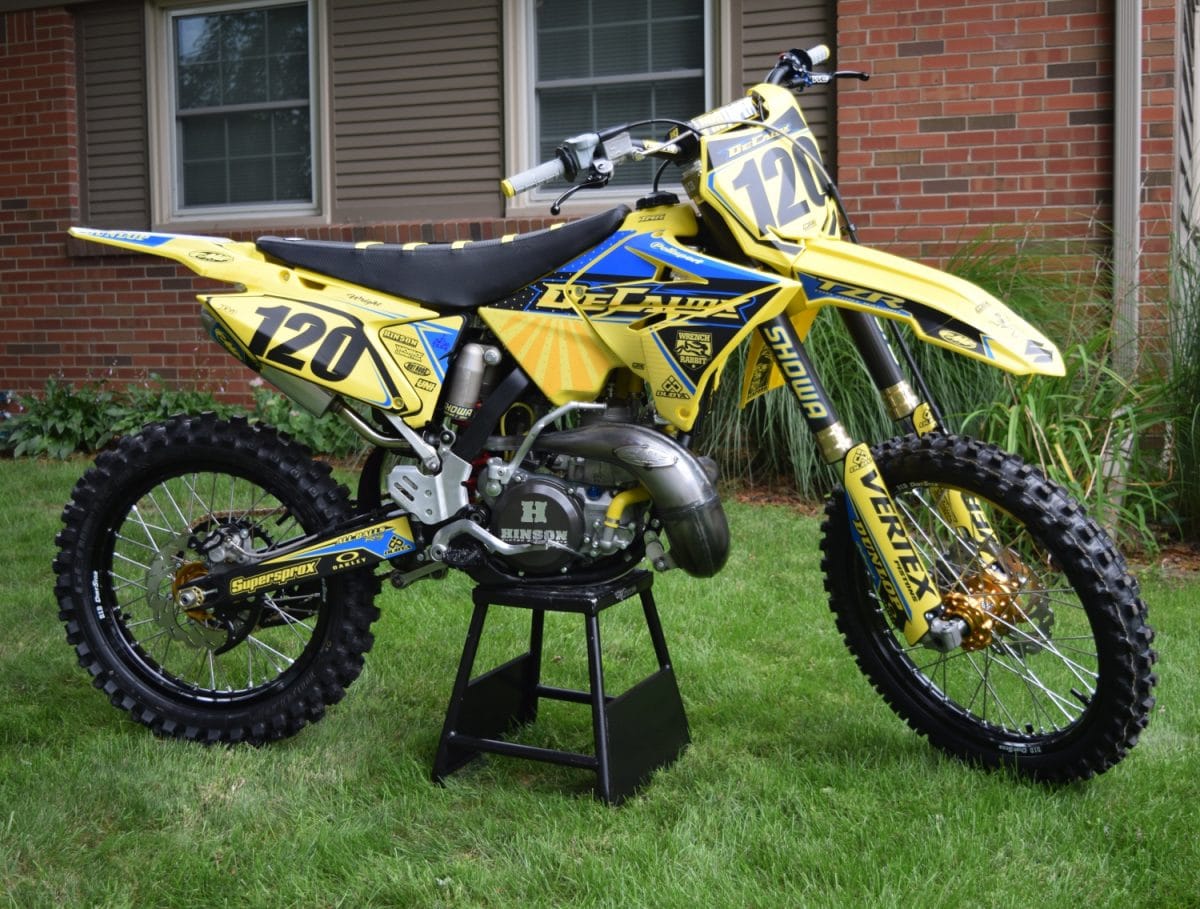 This machine turned out epic! The new kit from Polisport really modernizes the look and the Decal Works graphics (designed by Nic himself) make the bike pop. Suzuki engineers should use this bike as a template and produce it!

If you like the Yamaha YZ250 featured on this week’s post then you have to check out this clean off-road build we did awhile back. CLICK THE IMAGE BELOW FOR MORE! 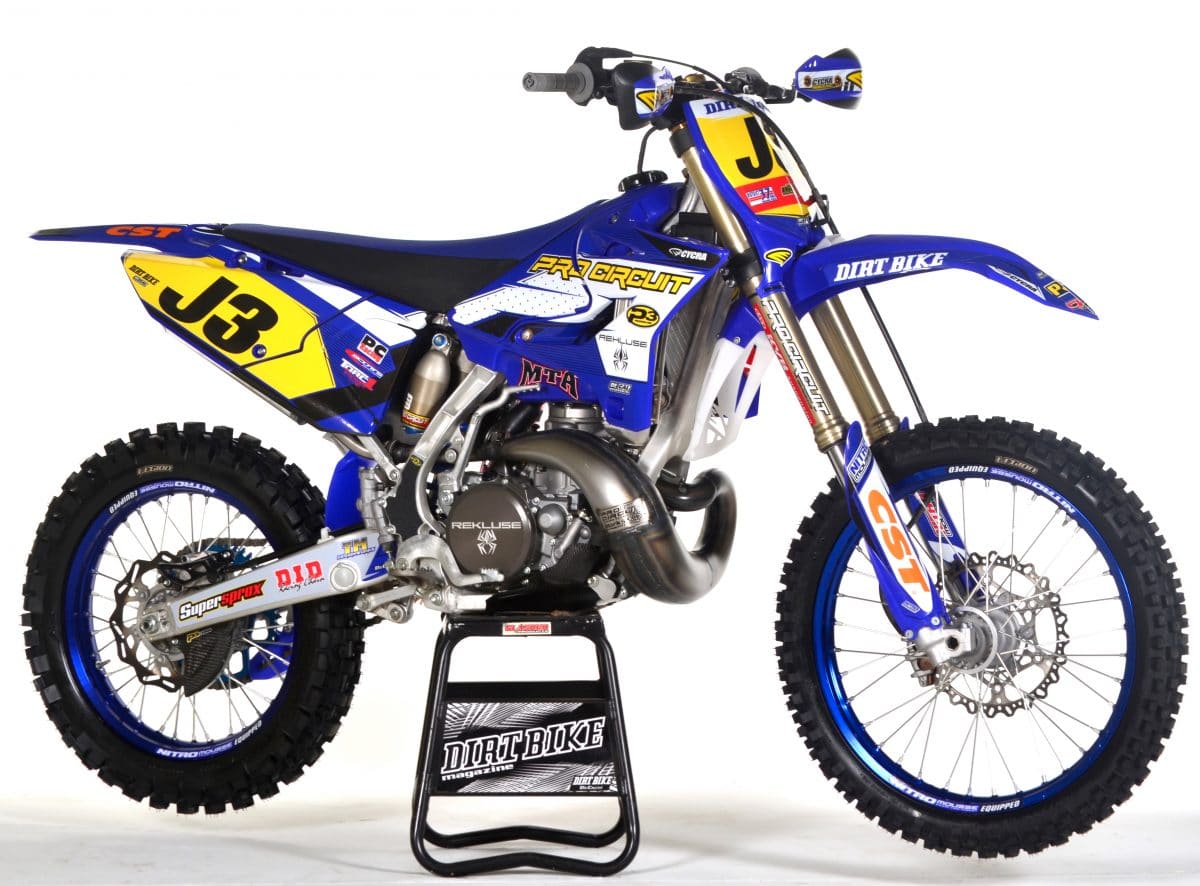