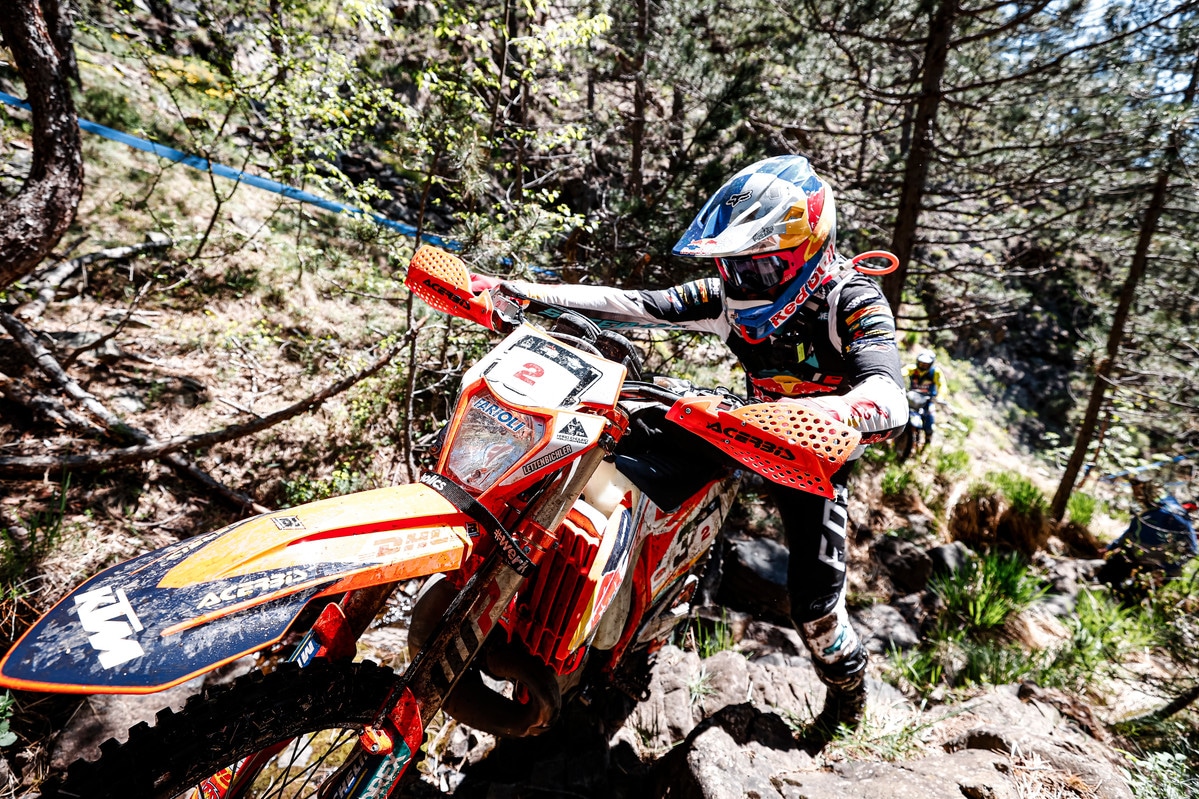 Teodor’s later starting time was a boon making navigation much easier and he had steadily increased his lead after the second checkpoint, with Walkner moving up to second. Finding his feet in his return to racing following a knee injury, Manuel Lettenbichler was on pace in third. By the third checkpoint the positions had changed again with Walkner now leading over Kabakchiev, while Bolt was regrouping fast in third.

In the final stretch Teodor overhauled Walkner on corrected time to come through for the Day One win. Walkner ended his day in second to keep the heavy hitters of Lettenbichler and Bolt at bay in third and fourth. A strong ride in the closing stages elevated Graham Jarvis (Jarvis Racing Husqvarna) to fifth.

Despite a strong start to the event, day one didn’t end too well for Sherco Factory Racing’s Mario Roman and Wade Young – both losing a lot of time to the leaders. Roman hit his foot on a tree stump early on and needed to grit his teeth to reach the finish. Young – who arrived to Serbia with a cut foot – aggravated the injury in a riverbed and then later hurt his back. With Roman almost 18 minutes behind Bolt and Young over 20 minutes, both hope for better days on Thursday.

In the overall standings it’s still Bolt who’s out front. But with just a 58-second advantage over a determined Kabakchiev, expect him to pull out the stops on day two. Walkner sits third overall.

Mani Lettenbichler’s first race after six months of rehab had the Factory KTM star blowing out into the lead on Stage two, navigated as solo and put on a pace that none could match. Lettenbichler won the day almost nine minutes clear of Wade Young (fighting through a bad back), Graham Jarvis and Teo Kabakchiev.

Billy Bolt, the overnight leader had a broken clutch master cylinder to deal with, making it tough to control his machine. The master cylinder had to be changed at the service point but his own energy levels were the big issue and Bolt who finished the day P7, 26 minutes behind Mani. Mario Roman had a tough ride hampered by a foot injury suffered on Stage one. He’s one hour off the pace. 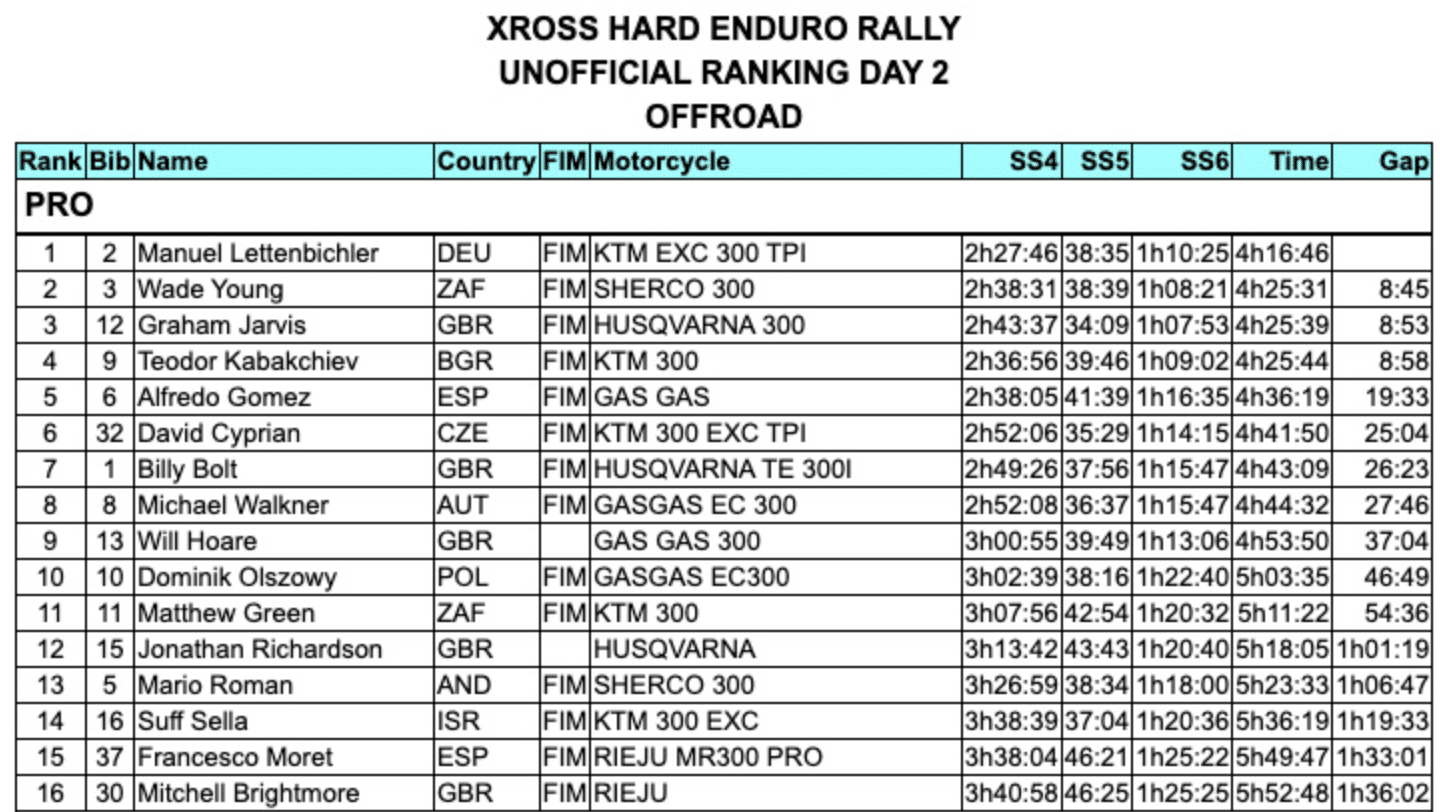