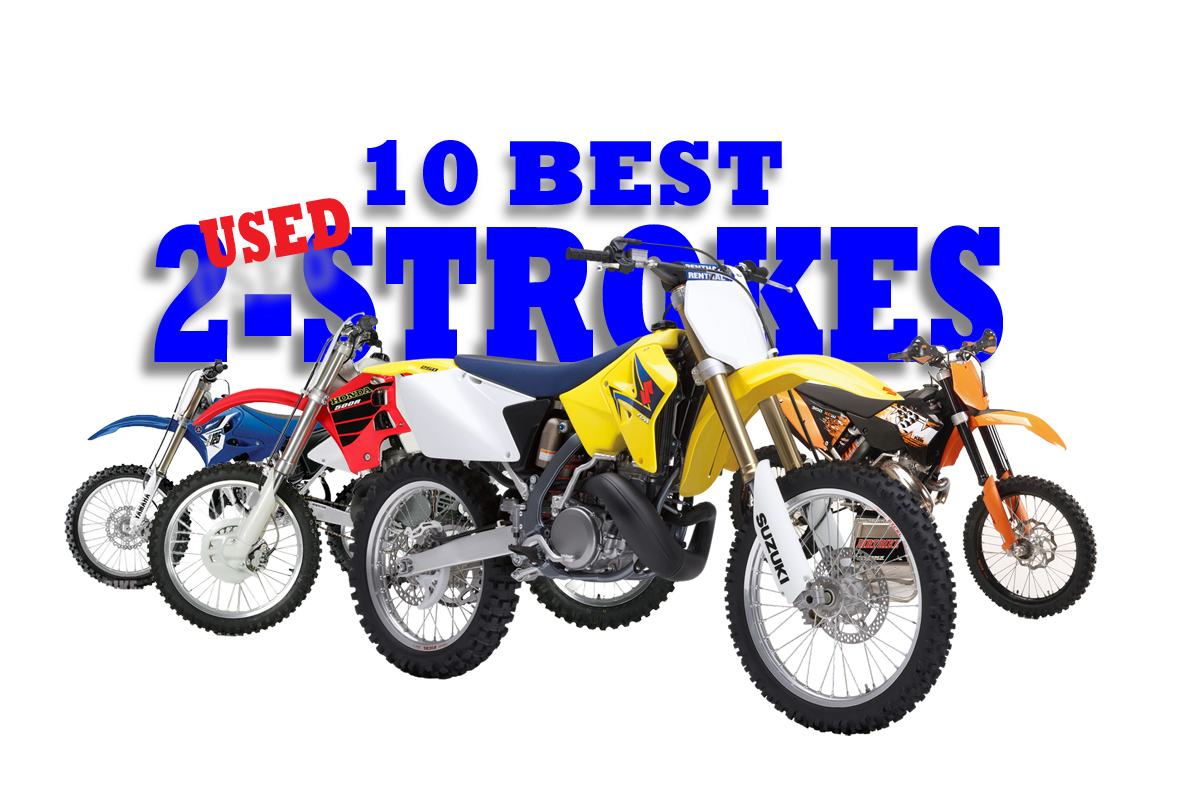 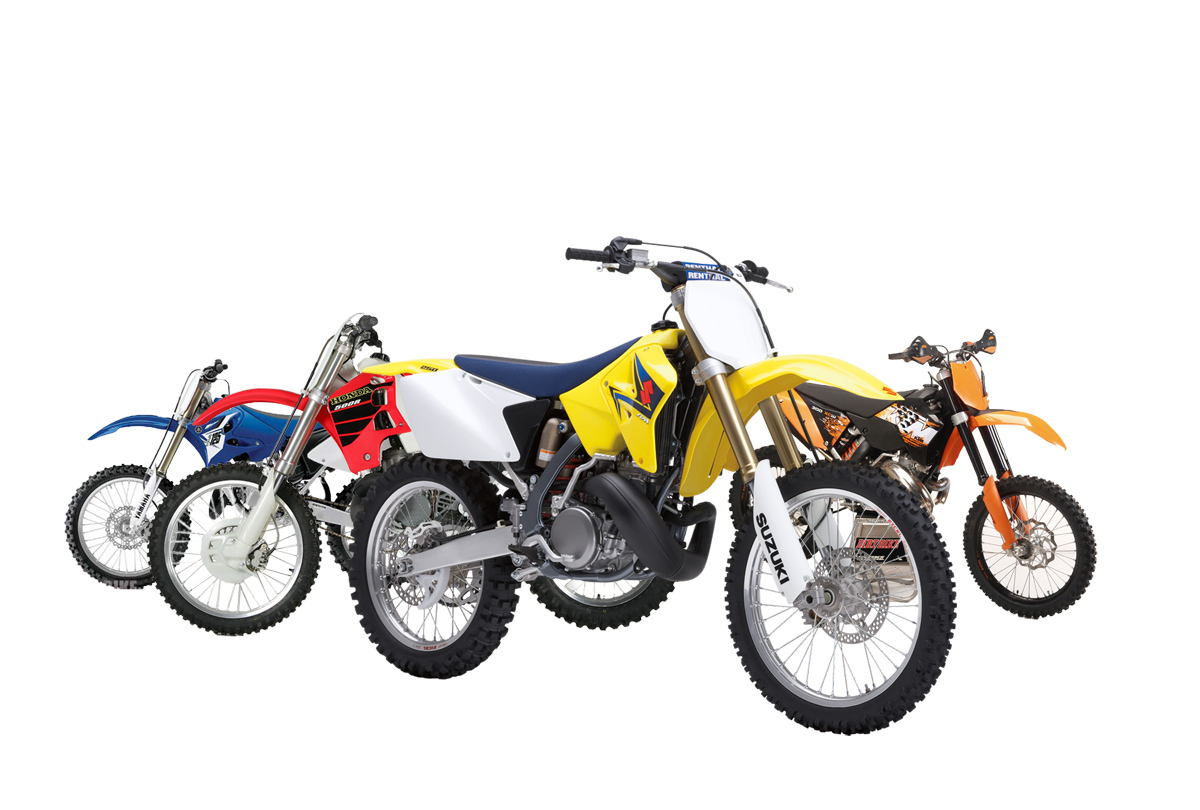 Contrary to rumor, two-strokes are not making a comeback. They were never gone. KTM continues to sell out of them every year, Yamaha reports they’re not going anywhere and there are a number of small European makes like Gas Gas that live off of two-stroke sales. It seems odd that Husaberg, the company that essentially started the lightweight four-stroke movement, now makes only two-strokes.
But the biggest two-stroke seller of all is your P.C. The internet is where you’ll find the greatest bikes at the greatest prices. Development has been slow in the two-stroke world for the last 10 years, and that means that you can get a current motorcycle that just happens to be several years old. Here are the top 10 bikes to seek out on the used two-stroke market. For the 2017 Two-stroke Buyer’s Guide, click here. 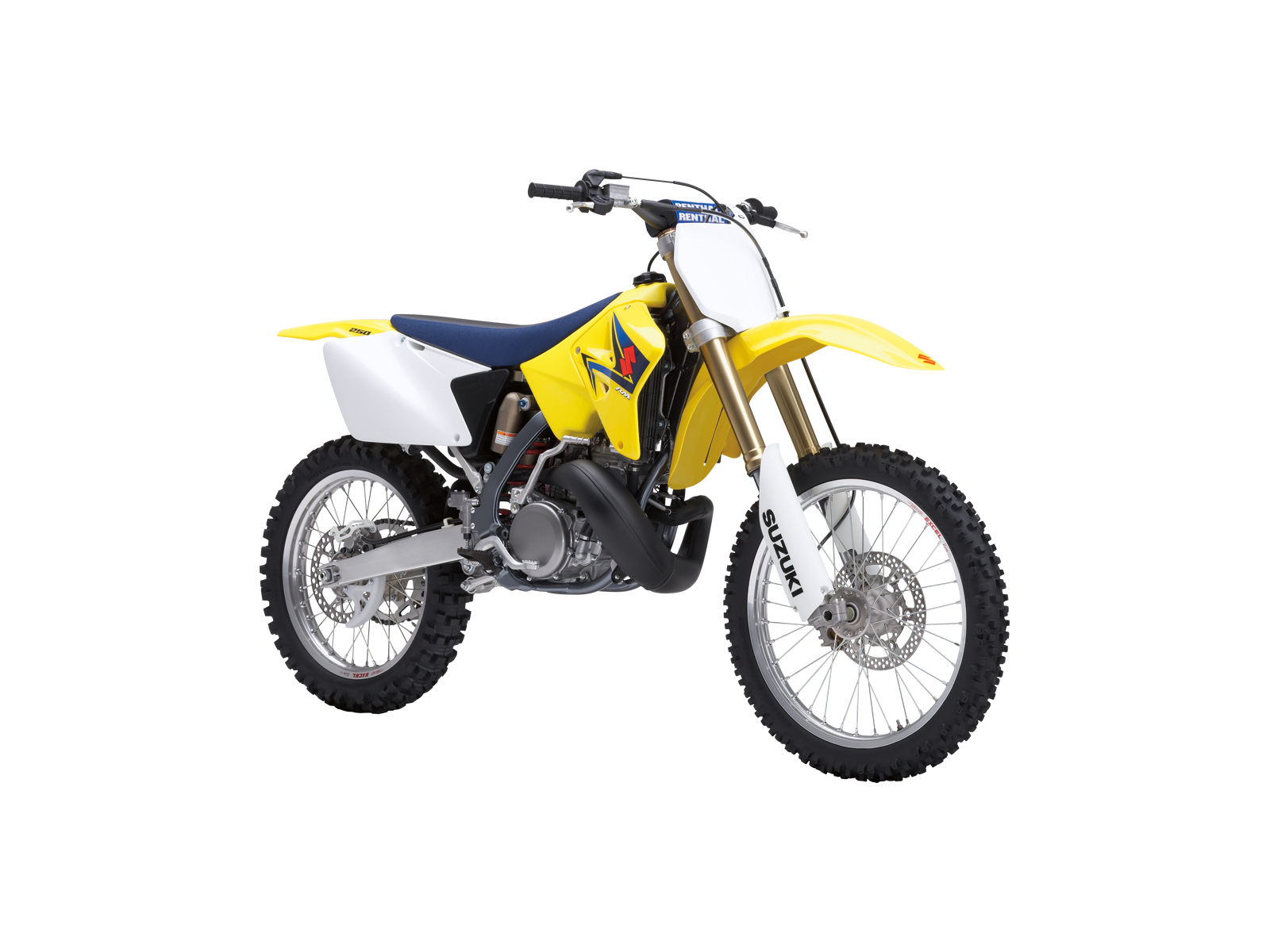 The reason that the Suzuki has recently climbed to number one on our list is value. The bike was discontinued after 2008, and so prices are low; routinely below $2000 for one in excellent condition. Throughout this period, Suzuki and Yamaha went back and forth, battling for top 250 two-stroke honors in the MX world, even while other manufacturers were dropping out. The Suzuki was always good and to this day, remains competitive. The earlier years had mild jetting issues, but the suspension was good, the motors were fast and they were reliable. Now, they tend to offer the most for the money on the used-bike market. For more on the RM250, click here. 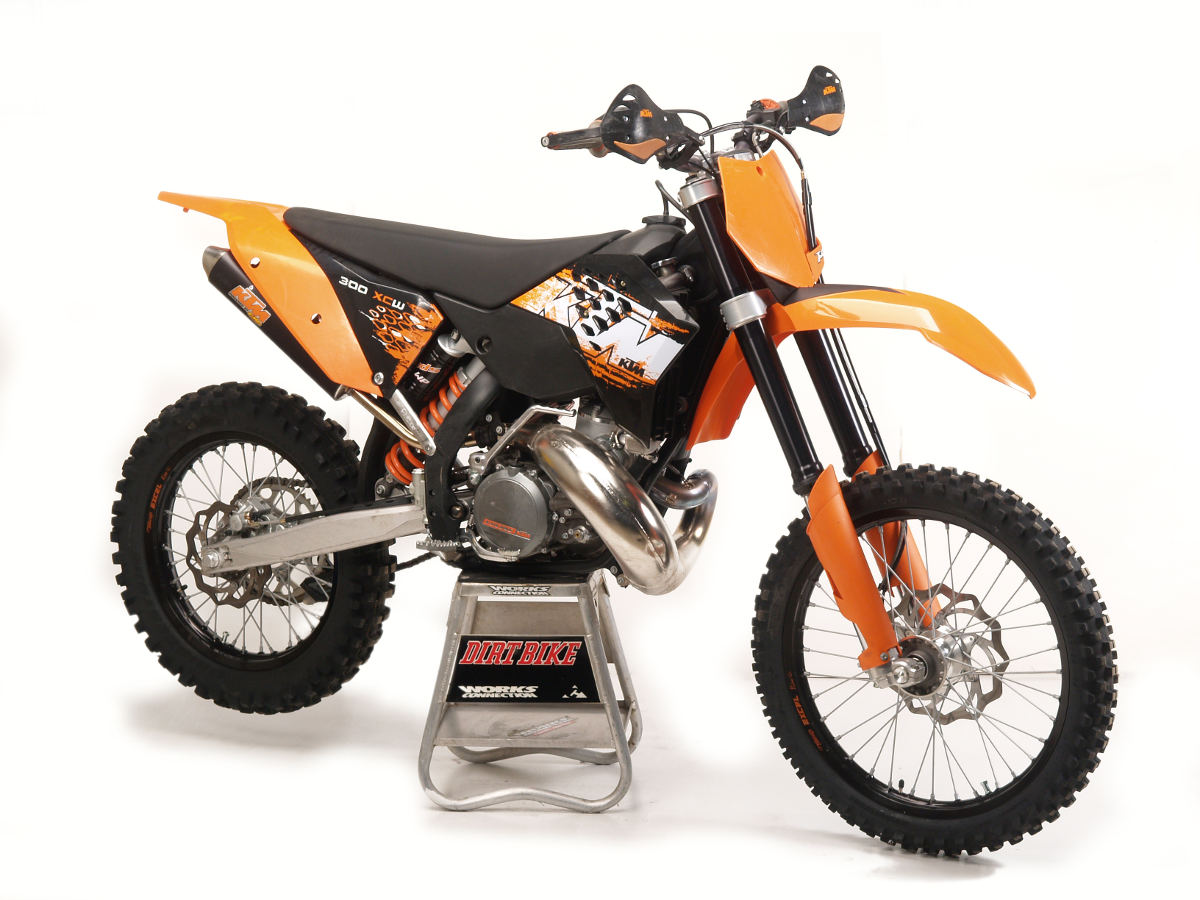 To this day, the KTM 300 is considered the best bike for racing and riding on tight trials, two-stroke or four-stroke. It got a significant update in 2004, but even the ones made between 2000 and 2003 were pretty good. The two versions were the EXC and the MXC, the latter of which had more desert-oriented gearing. Today they have been renamed the XC-W and XC models. Even though the bike got a big cosmetic redo later in life, the most significant change was the electric starter option in 2008. Those are hard to find, but if you do, buy it. Prices tend to be a little high for used KTM two-strokes, but you’ll get it all back at resale time.
*
* 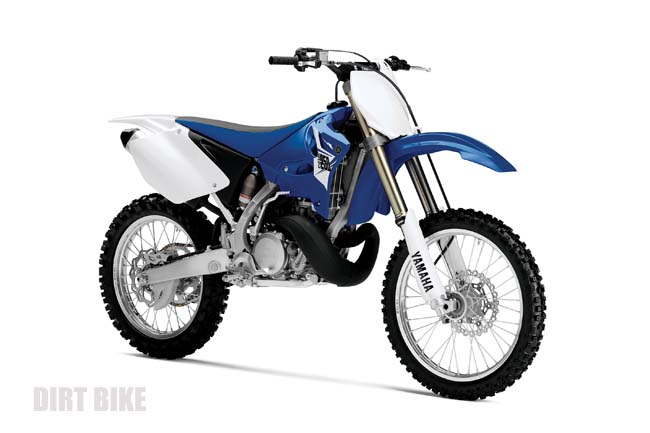 3. YAMAHA YZ250, 2005 & LATER
Yamaha already had the best Japanese 250 two-stroke when the other companies got out of the business. In 2005, the YZ got the single back bone aluminum frame that it retains to this day, so any example from the past seven years is worthwhile. The fork is the only component that improved significantly since then. If your mission is motocross, the Yamaha might even go up to the number one used-bike pick, even above the KTM. For more on the YZ250, click here.
*
* 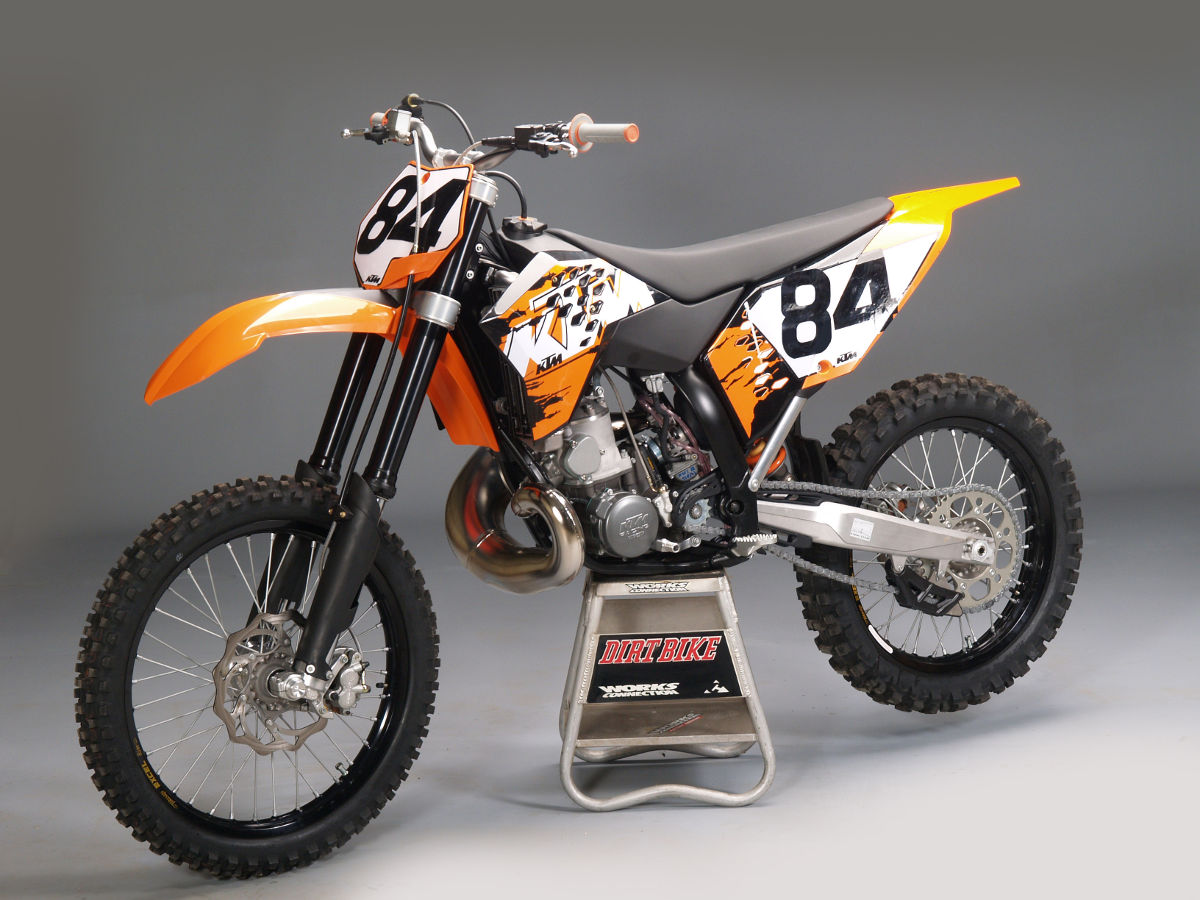 4. KTM 250, 2004 & LATER
The KTM 250 is almost identical to the 300, but isn’t quite as popular. The power of the SX motocross version is phenomenal. To this day, it remains the fastest 250 two-stroke you can find. The suspension was always a sore spot on the KTM two-stroke motocross bikes, and remains so to this day. The EXC versions, which later became the XC-W line, are the off-road models and are incredibly good, lacking only the smooth bottom end power of the 300.
5. HONDA CR250R, 2000, 2001
It seems odd to single out these years as the best Honda CR250Rs, but it’s true. Everything came together for the Honda in ‘01–it had a newer frame and an older motor. The 2000 version was almost the same, so don‘t be picky. We know several riders who have these and cherish them, racing every weekend. 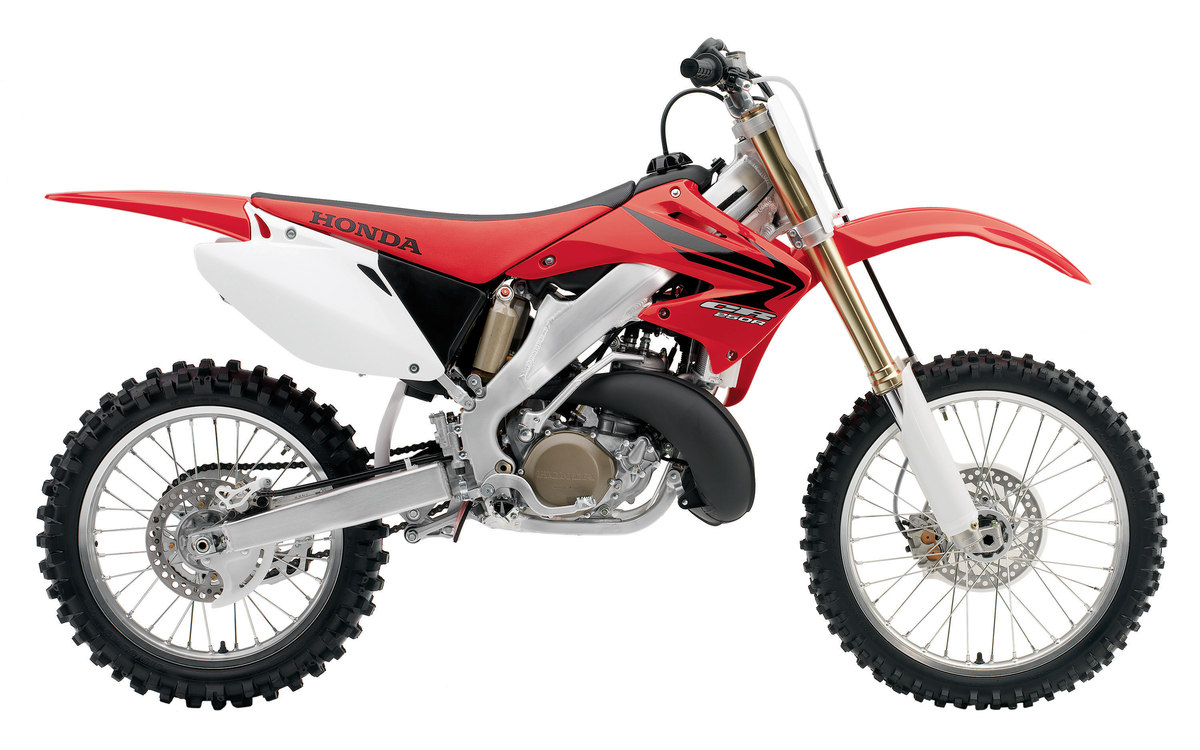 6. HONDA CR250R, 2002-2007
In 2002, Honda gave the 250 an electronic power valve, but never fully developed the idea. The motor felt a little lazier than the one it replaced. The chassis, on the other hand, was great. It had a new frame and suspension that remains a great handler for both motocross and off-road. Honda announced that it would no longer make two-stroke after 2007, but the progress of the models had stopped years before that. For more on the CR250R, click here.
*
* 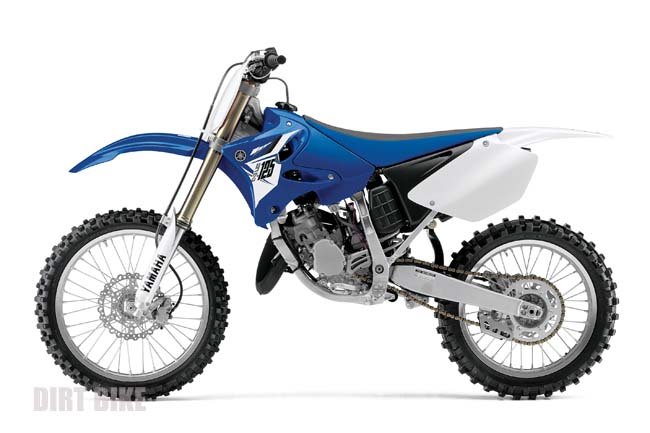 7. YAMAHA YZ125, 2005 & LATER
The Yamaha is an easy choice as the top 125 on the list. It remains the best 125 motocross bike, even though it hasn’t changed in years. The aluminum frame came in 2005, but even earlier models were excellent. The Yamaha was never the fastest 125–that honor always went to the KTM–but it remains the best handling and best suspended.
*For more on the YZ125, click here.
* 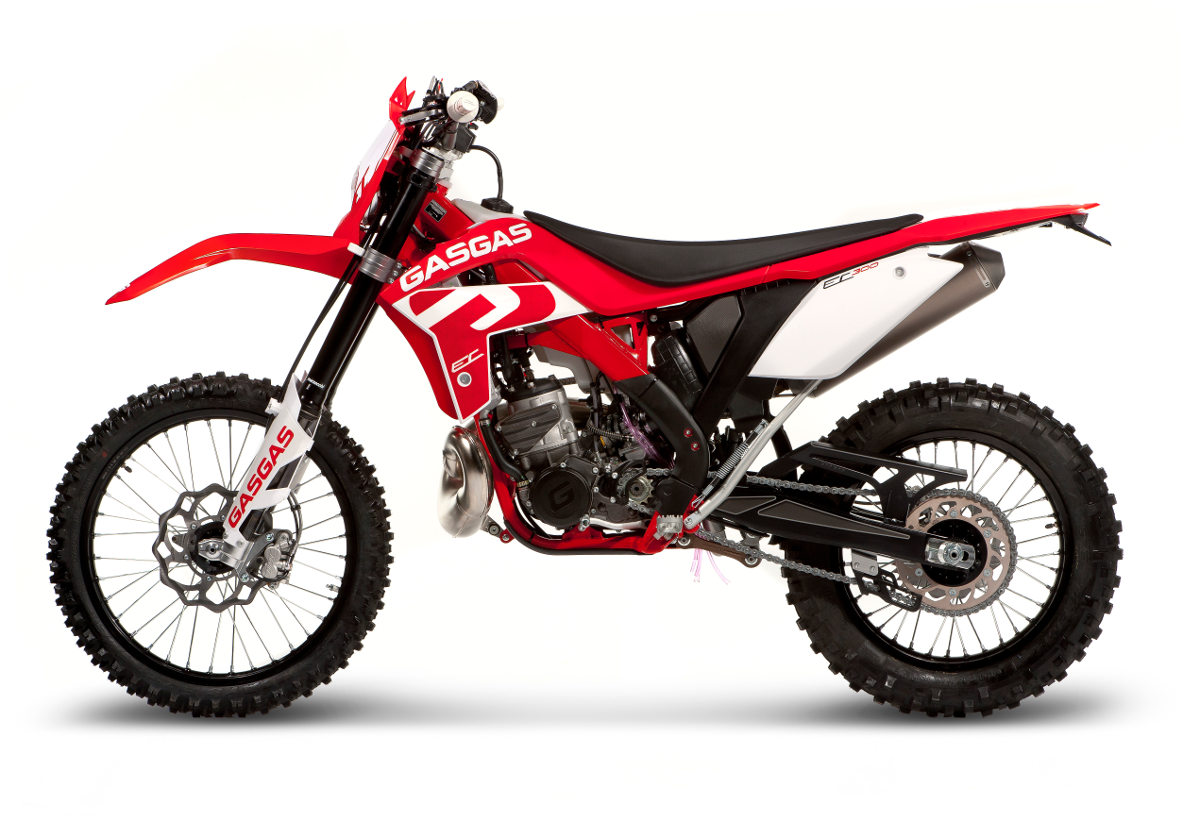 8 GAS-GAS 250 & 300, 2000 & LATER
All the Gas-Gas two-strokes were great off-road machines. But the company went through four different importers in 10 years, and availability was spotty. There are some years where there were none brought to America at all. But if you find one in good shape, don’t be afraid. They were and still are reliable bikes, and parts availability isn’t so bad.
*
* 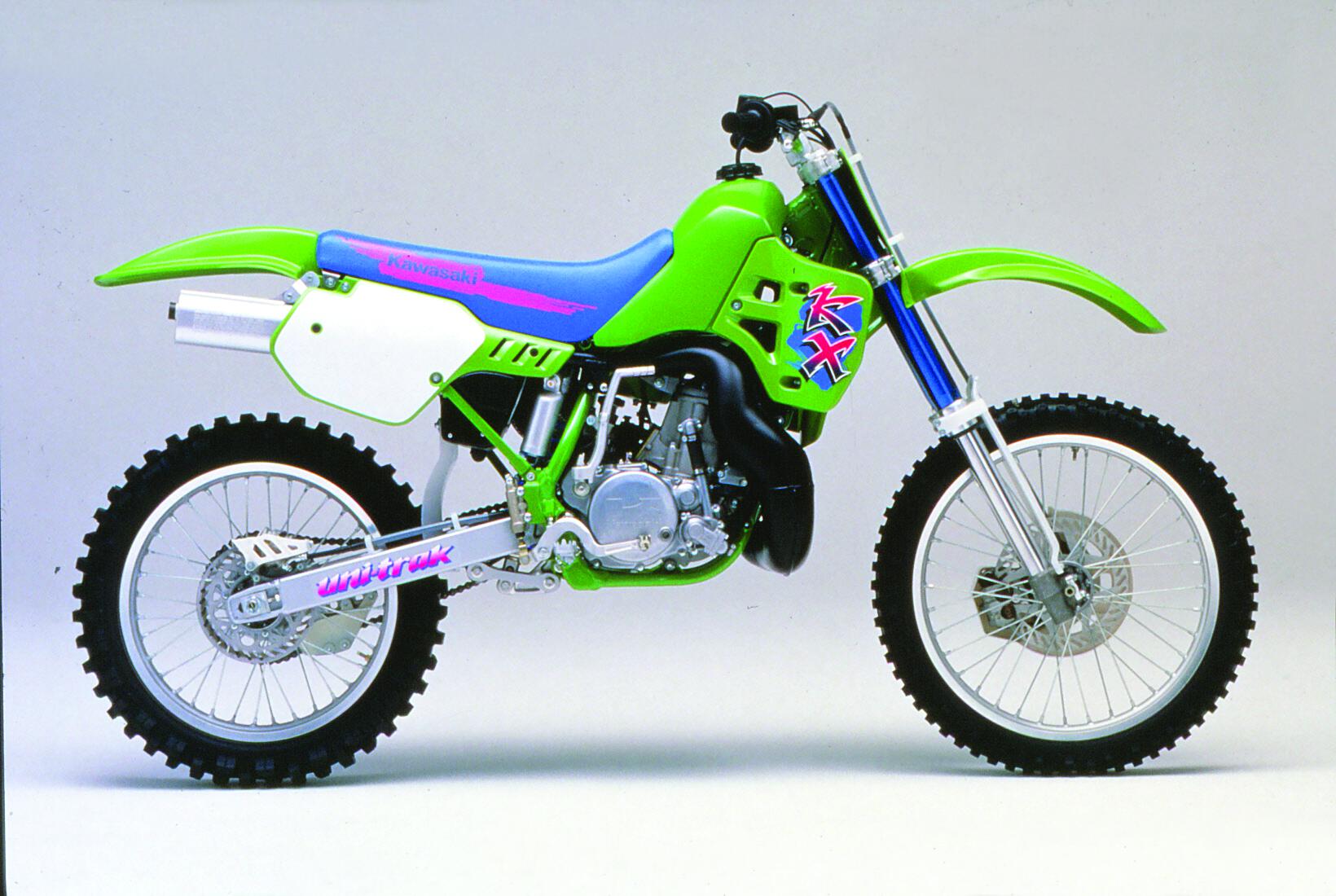 The Kawasaki KX500 is still regarded by some purists to be the greatest desert racer of all time. No one will argue with the fact that it’s still an incredible bomb-run bike. It can launch from the line and get up to speed faster than any modern bike. The bike didn’t change in it later years, so on the used market, it’s all about condition, not vintage. For more on the KX500, click here.
*
* 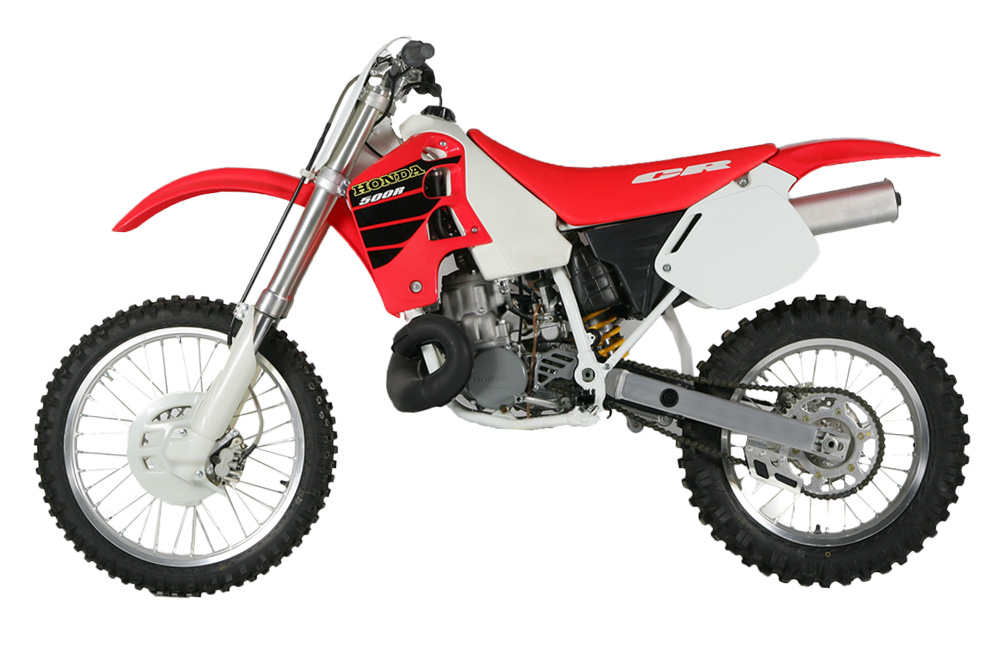 10 HONDA CR500R, 2001
We choose the CR500R’s final year to be the final bike on this list, but that’s arbitrary. It was unchanged for many years before that. The Honda 500 is probably the most reliable dirt bike ever made. The big motor could eat dirt by the pound and still run, and the cylinder’s iron liner could be re-bored as it wore. The Honda was probably a better motocross bike than its eternal competitor, the Kawasaki KX500, but it never reached the same acclaim as an off-road bike.
HondaKawasakiKTMMXSuzukiTWO STROKEYamaha
Share FacebookTwitterGoogle+ReddItWhatsAppPinterestEmail